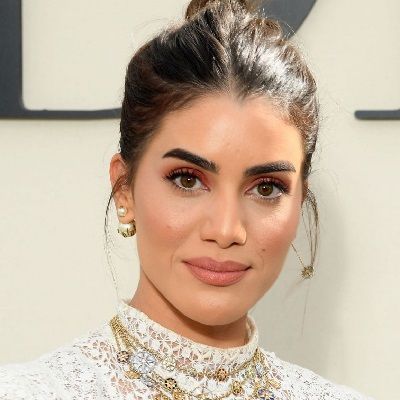 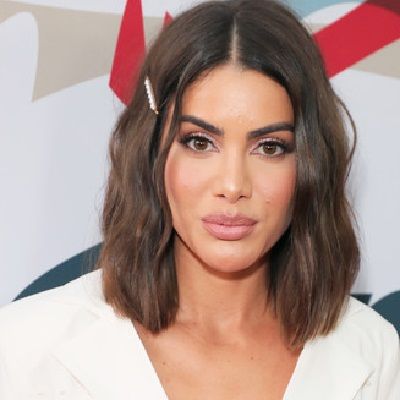 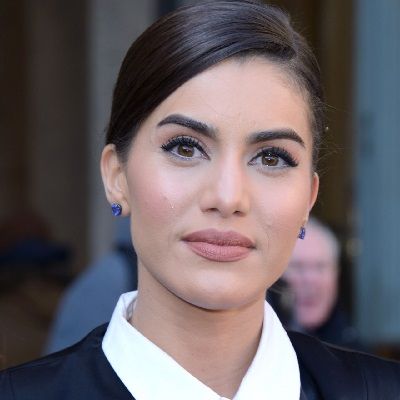 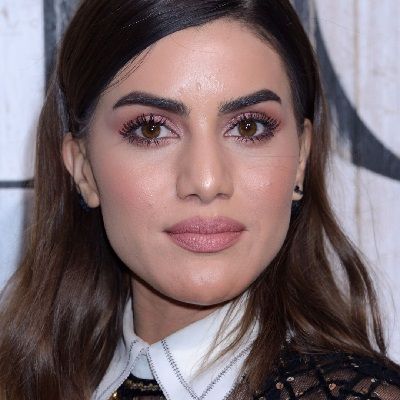 Camila Coelho is a Brazilian Youtube who uses Portuguese and English language for her fashion as well as beauty blogs/vlogs. Camila Coelho is famous for her MakeUpByCamila YouTube channel and self-titled blog.

Traveling Camila Coelho’s early life, she came out of her mother’s womb and cried on February 27, 1988, in Virginópolis, Brazil, and is currently 34 years old.

She grew up in Virginopolis and later moved to Pennsylvania, United States when she was 14 years old. There is no information regarding her parents as well as her siblings. But she has three brothers.

Likewise, she holds the Brazilian nationality and ethnicity Latina. Moving toward her educational background, she attended a high school in Pennsylvania.

After completing of school education, she did not pursue her further college studies and moved to Boston.

As per information on Dreshare, she completed her high school at Scranton High School graduating in 2007.

The social media personality, as well as make-up artist, Camila Coelho is active on social media sites, especially on Instagram and Youtube. She has gained many fans following.

On Instagram, she goes by @camilacoelho handles with more than 8.8 million followers.

Reflecting on the makeup artist Camila Coelho’s relationship status, she is a married woman. She got married to Icaro Brenner and settled in Boston, United States of America with her loving husband.

They dated each other since 2005 and have mentioned it in her recent post captioning My valentine since 2005.

Looking at her Instagram handles, she exchanged her wedding vows with her beloved partner on October 16, 2010.

She further cautioned that the duo had been sharing their love with each other five years before their wedding. Her husband has also shared several pictures with her on his Instagram account.

As per her post shared on 17 October 2019, the couple celebrated 14 years of togetherness and 9 years of marriage on that day.

She also featured her husband in one of her YouTube videos on December 9, 2013, where she questioned him about her various favorite things.

As explained in the video, they met through their common friend on her 17th birthday. She was going out with another guy at that time and he was 19 then.

Similarly, the couple shares various special bonding and magical moments with each other. She is embracing her married life and enjoys her luxurious life with her husband.

Furthermore, she has been successful in maintaining a clean profile and has not been involved in any kind of controversial act. 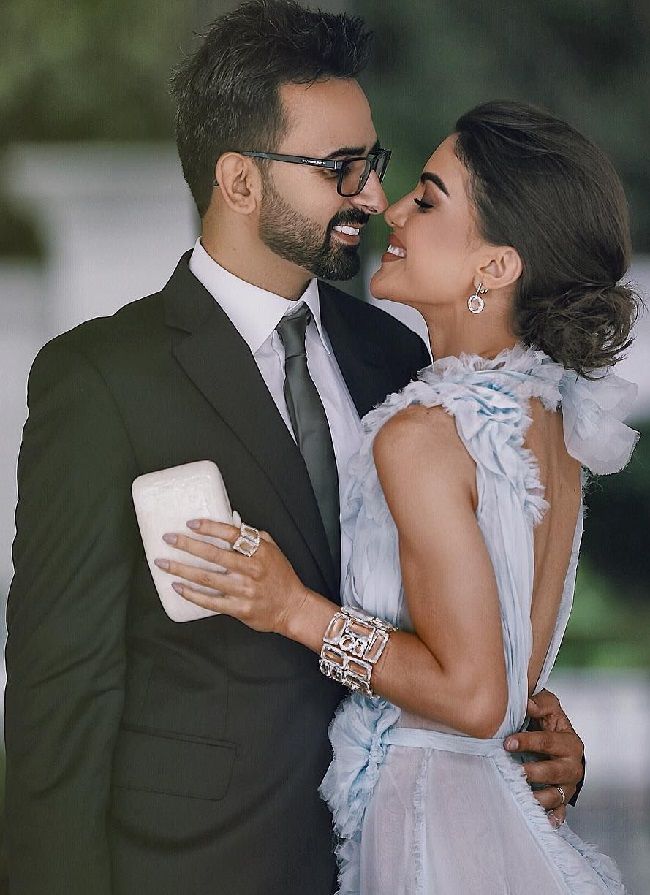 Caption: Camila Coelho posing along with her husband (Source: Pinterest)

She has come a long way to become a popular internet sensation from her makeup counter at Macy’s. Similarly, she is currently recognized for her fashion and beauty posts and videos.

Likewise, she started her first job in Boston at the Dior makeup counter at Macy’s situated in Natick at the age of 14.

After working there, she recognized her passion and desire for beauty and became a makeup artist. She also got to know about the world of YouTube.

Then, she created her self-titled Youtube channel in the Portuguese version in June 2010 and started working on it without knowing how influential it would become in her career.

Therefore, she began her YouTube channel and uploaded her first debut video titled “Tutorial: Brown and Gold Makeup Look” which has gained 413k views now. Gradually, she started uploading makeup tutorials to share with her fans.

Later, she gained widespread popularity and hence she also started blogging. Moreover, she started writing related to beauty and fashion. 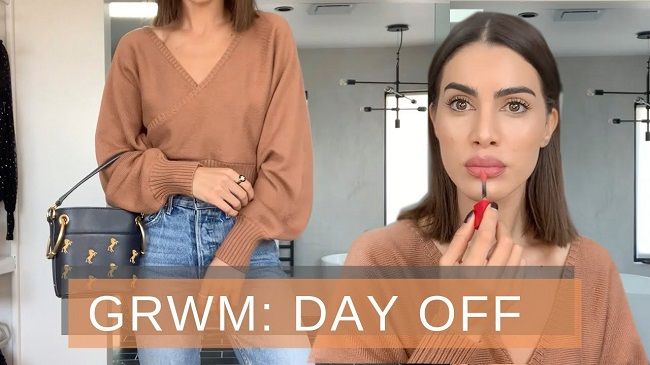 Furthermore, she also created another Youtube channel named Camila Coelho English with the English language in September 2011 for her fans who do not understand the Portuguese language.

Moreover, one of her famous videos is “Easy Makeup using BB Cream” with  3.4 million which is worth watching for beginners who want to learn makeup.

Further, some of her other notable videos are “Everyday Foundation Routine,” “Longer Lashes Using a Spoon,” “Quick Everyday Makeup,” “SELFIE MAKEUP – Kylie Jenner Inspired (Eyes, Skin, and Lips)'” and “How to Get A Flawless Spring Glow | Makeup Tutorials and Beauty Reviews,” and many more.

She is a popular face on YouTube who got the opportunity to attend Met Gala 2019.

On June 19, Camila also joined the club with her own clothing brand, sold particularly on Revolve.

She is also the ambassador of the Epilepsy Foundation of America and she is herself an Epilepsy patient and the founder of camilacoelhocollection.

She has even received press from a few established magazines. In addition, she has been highlighted on the front of Women’s Health Brasil and Vogue Brasil and has been included in Forbes Brasil and InStyle Brazil.

The 32-year-old beautiful and charming Camila Coelho is good-looking with a stunning look. She stands at a height of 5 feet 3 inches and weighs around 50 kg.

Similarly, her body figure stat is 29-22-31 inches as per the information on Dreshare. Likewise, she has a pair of brown eyes with her brown hair color. 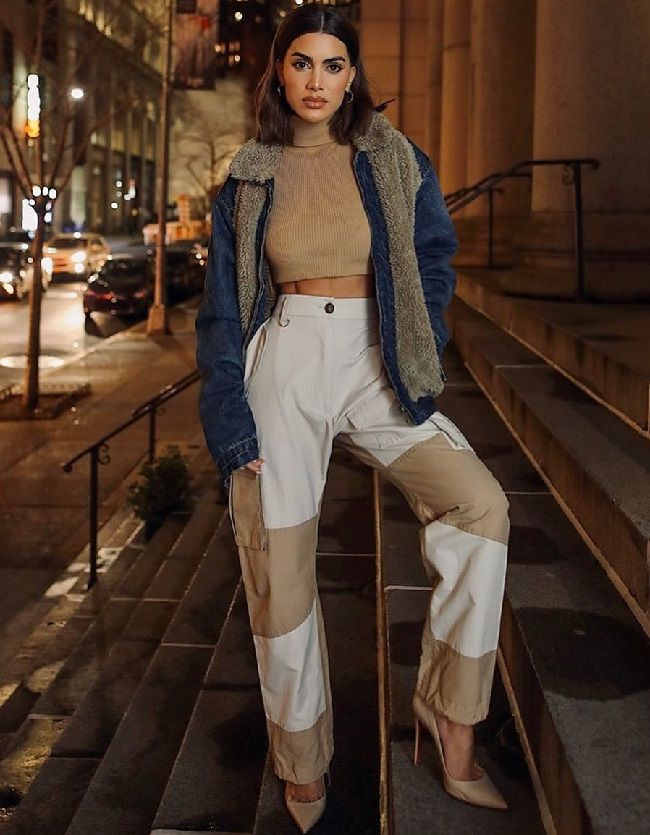 Speaking up on Camila Coelho’s earnings, she is a Brazil-born American blogger and YouTube star with 3.4M subscribers on her main channel. She also earned from her additional work as her merch.

Looking at her Youtube statics, her estimated earnings are around $33k on her main Youtube channel and around $47k from her secondary channel.

Furthermore, her estimated net worth is around $2.8 million dollars as of 2020. She is living a lavish lifestyle with her good fortune.