Cameron Canete is an American social media star. Cameron Canete TikTok’s personality and content creator rose to fame by sharing a variety of point-of-view style videos on his ‘@cameroncanete’ account.

Cameron Canete came to this world on November 30, 2005. He was born and raised in Provo, Utah, USA. Presently, he is 16 years old and his birth sign is Sagittarius. There is no information regarding his family and educational background. However, he has a brother named Dominic.

Moreover, Canete enjoys roller skating. His favorite color is blue and his favorite candy brand is Skittles. Further, he wishes to live in Manhattan, New York, when he grows up. He is closer to his mother than his father. Moreover, one of his all-time favorite movies is ‘High School Musical’. He loves playing the video game Minecraft. Further, some of his closest friends, apart from Tatum and his own brother, Dominic, are Lillie and Xzavier. Cameron Canete began his social-media career with TikTok. His TikTok account, ‘@cameroncanete’. Therefore, he came to fame by sharing a variety of point-of-view style videos on his account. He has earned over 1.8 million followers and over 46 million likes on his TikTok channel.

He is also quite popular on Instagram. His account on the platform, ‘@cameron.canete’, has gained a little more than 23 thousand followers. His first Instagram photo dates back to July 2018. It urged people to not say anything negative about anyone and to “make school somewhat enjoyable this year”.

Moreover, he has also collaborated with many fellow TikTok stars. One of his clips was a duet video featuring Ohio-based social-media content creator Aidan Williams. Likewise, he launched his self-titled YouTube channel on July 17, 2017.

However, the channel has managed to gain fewer subscribers and views compared to his TikTok channel. One of his videos on YouTube, titled I KISSED TATUM? (clickbait), posted on July 29, 2020, shows him trying to eat with his mask on, due to the ongoing COVID-19 pandemic.

He has not uploaded many videos on his YouTube channel. Other remaining videos are ‘Day In My Life (Vlog)’, ‘TELLING TATUM’S MOM WE’RE DATING’, ‘WHO KNOWS ME BETTER? (girl bsf. vs. brother)’, and ‘500K ON TIKTOK!! (party)’. The channel has gathered over 39.9K subscribers and over 258,770 views till now. Talking about his personal life, he is not dating anyone at the moment. His best friend is Tatum Milenski, a fellow TikTok and Instagram star. She is often featured in his videos, and people assume they are in a relationship, though they have always maintained that they are best friends. However, as of now, it is safe to say that he is single at the moment.

However, interestingly, one of his YouTube videos is a prank video named ‘TELLING TATUM’S MOM WE’RE DATING’. Tatum was seen enjoying themself with Cameron at a water park in the same video. But, they are not dating and are just best friends. 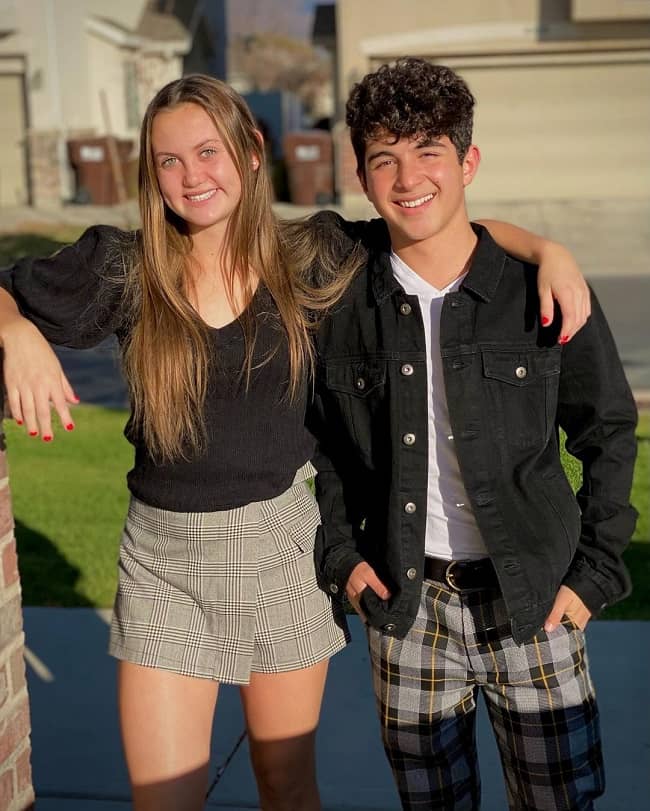 Canete has a well-maintained and toned body physique. He has not shared his height and weight but has an average height as well as weight. His other body measurements are also missing at the moment. However, he has a charming and amazing personality. Moreover, he has a pair of dark brown eyes and his hair is of brown color.

His ‘@cameron.canete’ Instagram account has earned over 29.7K followers. Cameron has gathered over 39.9K subscribers on his self-titled YouTube channel. Likewise, his TikTok account has gained more than 1.8 million followers, and more than 46 million likes. Moreover, he is also active on Snapchat under the username ‘@cameron_canete’.

As being a popular social media personality, he surely earns a certain amount of money. His main source of income might be through his social media profession. However, he has not disclosed his net worth, salary to the public yet.