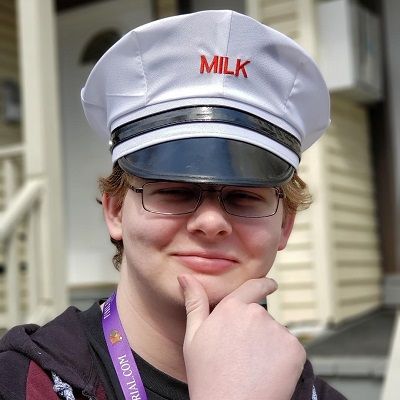 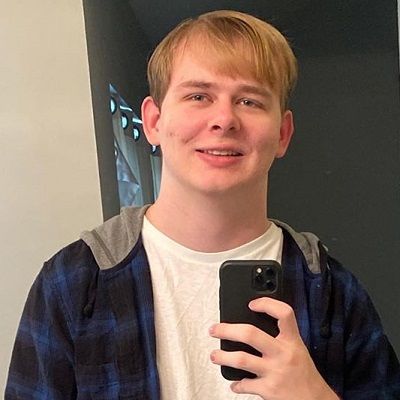 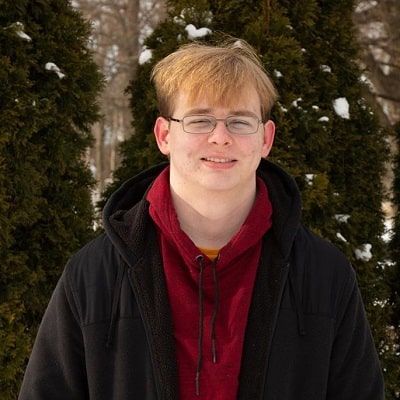 CallMeCarson is a popular American YouTuber as well as an online gamer. CallMeCarson is also a professional iPhone 8 ball player, Twitch streamer, and the creator & owner of the SMPLive server. He is also notable for gathering older Minecraft YouTubers and revitalizing Minecraft through SMPLive.

CallMeCarson real name is Carson King and his date of birth is 10 May 1999. In 2020, Carson turns 21 years old. His former online alias used to be TheBlueCrewPros. He is originally from Indiana but now resides in California. Similarly, his zodiac sign is Taurus.

Little is known about his parents, siblings, and other family details. Though there is no detailed information about his educational journey, it is known that Carson wrote “Subscribe to CallMeCarson on YouTube” as his yearbook quote. Further, considering his age, we can assume that he has already graduated high school and is attending a bachelor’s level college unless he decided to discontinue his educational journey or take a break from studies.

Carson is a social media personality. He is also popular as a comedic web culture commentator whose channel has earned over 2.8 million subscribers. Some of his videos include Invading Discord Servers and DeviantArt is NOT Safe among many more. Similarly, when his channel CallMeCarson was first launched in 2012, it was known by the username TheBlueCrewPros. In addition, his crying meme quickly went viral as well.

Likewise, Carson, RaccoonEggs, and TheNarrator co-hosted a podcast that hit on topics of gameplay and entertainment. They called the podcast Solitairey Confinement. He also had the chance to meet Dan Povenmire. Dan is the creator of Phineas and Ferb and Carson met him on his visit to Disney Television Animation.

Further, Carson played Minecraft multiple times with the voice actor of Gumball from The Amazing World of Gumball. He is Nicolas Cantu who is popular as Junky Janker. Also, Carson’s LIVE recap videos have also been edited by Joko, Pokay, Krinios, YoItsGold, and Archie among many. 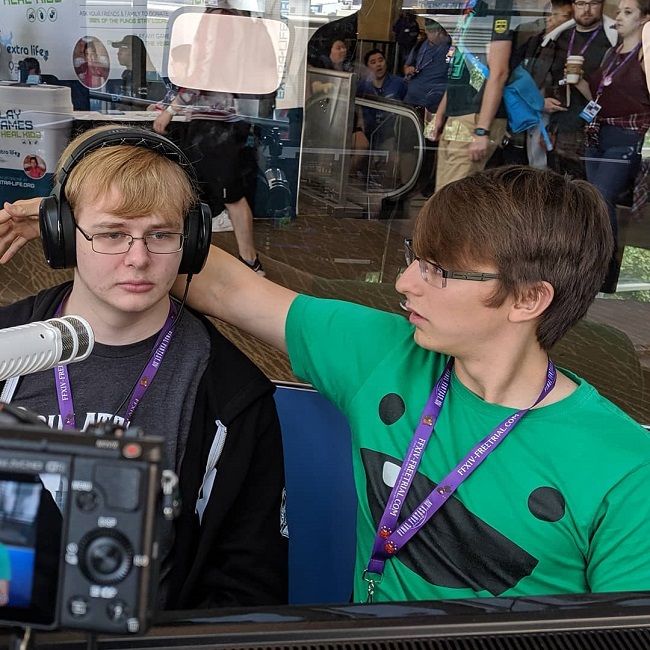 On his main channel, CallMeCarson, he mainly uploads videos featuring his friends. They review images, videos, or games with commentary while using the voice chat software known as Discord. Similarly, he also has a second channel, “CallMeCarsonLIVE”. This channel consists of uploads of Carson and his friends playing a variety of games. Some of these videos are Minecraft, Roblox, UNO, Portal, Gang Beasts, Human: Fall Flat, and more.

He uploaded a video for the first time in 2011 under the username “bluecreepers1”. The video was Minecraft Multiplayer Adventures-Episode 1:Awesome. With 26 videos, he along with some friends had at the time, ran this channel. They posted the last video to this channel on 25 November 2011.

Then on 29 November 2011, he uploaded his first video to the channel “GamerCraft157”, to replace the old channel previously mentioned. This channel had 69 videos and they included games such as Minecraft, Terraria, Happy Wheels, Skyrim, and Portal. He uploaded the last video to this channel on 7 May 2012.

Likewise, on 8 July 2012, he uploaded the first video uploaded to the channel “iceboxSP”. This was after the channel CallMeCarson was made. Currently, this channel is renamed “icebox Carson”. This channel was the start of Carson’s new singleplayer series. Similarly, this channel also made 40 videos, with the last one on 16 March 2013. From then on, Carson uploaded all the current videos on his main channel “TheBlueCrewPros.” 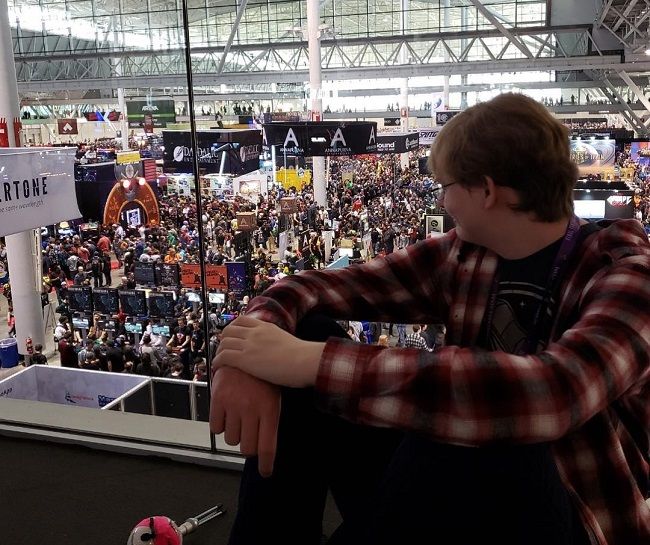 Hiatus and Come back

On 12 March 2020, he announced through his Twitter account that he was taking an indefinite break to improve his mental health. Then on 24 April the same year, Carson returned to Youtube with the long-awaited video Best of CallMeCarson 2020 edition. At the start of the video, Carson jokingly stated that he had hoped nothing bad had happened during his absence. By saying so, he was most likely referencing the Katerino and Fitz drama and/or the epidemic of COVID-19.

Then, on 26 April, he made his official return to Twitch and YouTube with the video I guess I’m back on his CallMeCarsonLive channel. In this video, he talks about how excited he was to return to making content. He also stated that he wouldn’t be talking about or referring to the Katerino drama much in the future.

In March 2019, Carson and many other streamers started a season of a Minecraft Survival Multiplayer Series called SMP Live. He did this on his twitch channel. The server had a hit system, where viewers could donate to have a streamer either kill or prank any other player of their choice. Some streamers who played in this series are @twomad, @cscoop, and @AntVenom among many. Carson also uploaded some of the game’s clips to his second channel, CallMeCarsonLIVE.

In the video Weird YouTube Channels, he announced that he had started a podcast called the UNZIPPED Podcast. This podcast included four people under the age of 20 talking about topics they don’t really care about.

The Goop Squad uploaded four videos and then after that, they named it Goopcast. They also unlisted their four previous podcasts and added five new episodes. They are also available on Soundcloud under the username “Goopcast”. However, due to trademark issues with this name, it was later renamed to Fart Club temporarily. Later, they officially renamed it to Lunch Club.

CallMeCarson is most probably single at present. Not so long ago, he revealed his then-girlfriend Kate or Katerino cheating on his with his friend Fitz. He also went on to reveal people on the list. However, Kate made a video in which she and Carson were not really together.

Talking in-depth about his relationship issue with Kate, on the 1st of April 2020, Carson responded to a comment in his own Reddit confirming that his girlfriend Kate, known online as Katerino, had cheated on him for Fitz. Fitz is one of his good friends. Also, Carson stated that while this wasn’t the initial reason he took the break, they both knew about his mental health when this event occurred.

Later on, he revealed more boyfriends of Kate. The list included Kate’s manager, a small League of Legends streamer, and a couple more unidentified people from clips. After all the revelation, Carson apologized to Kate and Fitz for jeopardizing their career on April 15.

Fitz later apologized to Carson on Twitter and this received a positive response from the fans. Katerino has also released a video titled an update. In this video, she explains how she wasn’t in a relationship with Carson and how she is going through a hard time and is seeing a therapist. However, this apology was not as well-received among the community.

After this drama, Carson started being active on Twitter again and played 8Ball on the iPhone against many popular figures. He also made jokes on his Twitter about the cheating incident.

He stands tall at a height of 6 feet 3 inches but his other body measurement details like weight, chest-waist-hip, biceps, dress size, shoe size, etc. are all unknown. He has brown eyes and hair of the same color.

Moreover, he has 3.06 million subscribers on his official Youtube channel that he created on his birthday of the year 2012, i.e. May 10th. This channel has garnered 281,045,262 views so far. Carson also has a personal account on Tiktok, i.e. @callmecarsontiktok with 686.k followers and 2.7 million hearts.

Moving on, he has a net worth estimation of around $1.2 dollars. He earns through his Youtube, gaming, and social media involvement among others. His Youtube channel has published 88 videos which all together add up to more than 241 million views. Likewise, he creates on average 2 new videos every month which earns him 587k video views every day and 4.7k new subscribers on a daily basis.