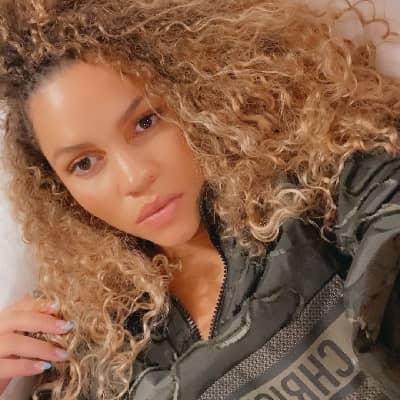 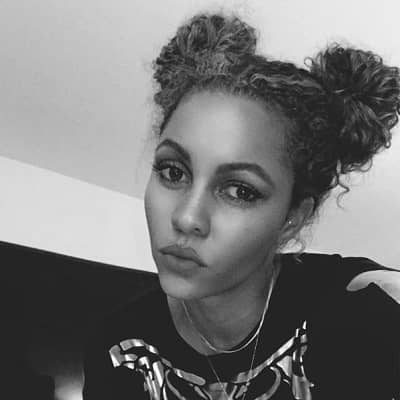 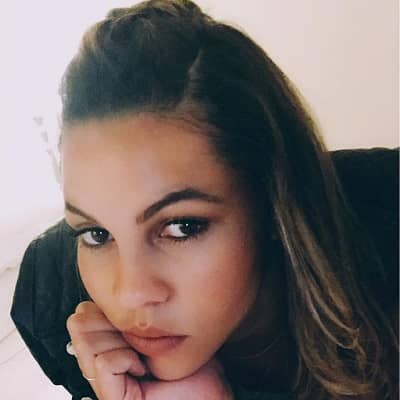 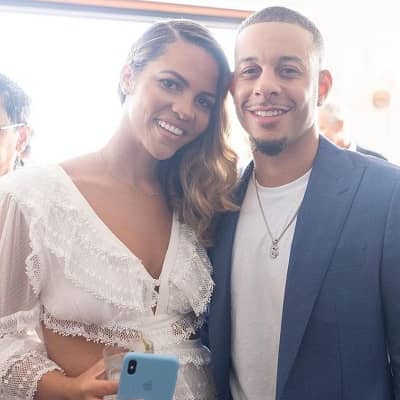 Her full name is Callie Marie Rivers, born on September 17, 1989. She is from Atlanta, Georgia to Kirsten and Glenn Anton “Doc” Rivers. Her father, Doc Rivers, is the reputed basketball coach who currently leads the Los Angeles Clippers. She has three siblings, brothers named, Jeremiah, Austin, and Spencer. All of them are professional basketball players. She is 31 years old.

Growing up, her brothers motivated her to step up for herself and become physically and mentally tough. Moreover, she graduated from the University of Florida with a bachelor’s degree in Broadcast Journalism. 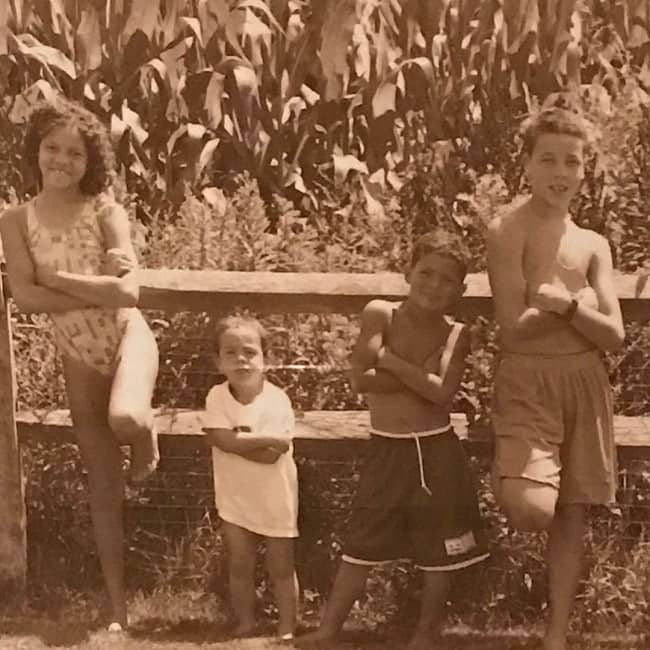 Callie Rivers was born into a sport-loving family. Her father is the former NBA player and current basketball coach for many reputed teams. She, naturally, gravitated towards sports at a young age. While studying at Winter Park High School in Florida, she started playing volleyball for her high-school team. She also delivered conclusive victories for her school. Therefore, it was under her that the school won 6A State titles in as little as three seasons.

Apart from these achievements, she also set career records at a school level. She had to her name 1394 kills, 2356 attempts, and 184.5 blocks. She was also ranked second in the list for digs and aces and was ranked third in hitting percentage of all times. Moreover, she ended her school year with a high as she was named the ‘Florida Gatorade High School Player of the Year’.

While at school, Rivers actively represented her city and state at different levels. Therefore, she played for the USA Junior National A2 Team during the USA Junior Olympic Volleyball tournament. Similarly, in 2006, she was titled as the most valuable player in USA High-Performance Championships. Moreover, these accolades helped her flag off a sports career while in college.

Likewise, after graduating, she signed a contract with Leonas de Ponce, her first professional club, during the Liga de Voleibol Superior Femenino. But, she only played for a year before deciding to retire. Even after retiring from her sports career, she continued to be eagerly noticed by the media.

Moreover, she also turned into a model when she collaborated on a photoshoot for Kiwi Plum, a new swimsuit brand that was recently launched. Therefore, founded by Mariah Woodson, the swimsuit collection involved NBA personalities and their offspring as models.

As of now, she is in a beautiful relationship. Therefore, Callie is currently in a relationship with the NBA player Seth Adham Curry. They were engaged on February 14, 2019. Additionally, at the time of their engagement, she was pregnant. And, they had a baby daughter, Carter Lynn Curry, born on May 9, 2018. And, finally, the duo on September 14, 2019, in Malibu, California. 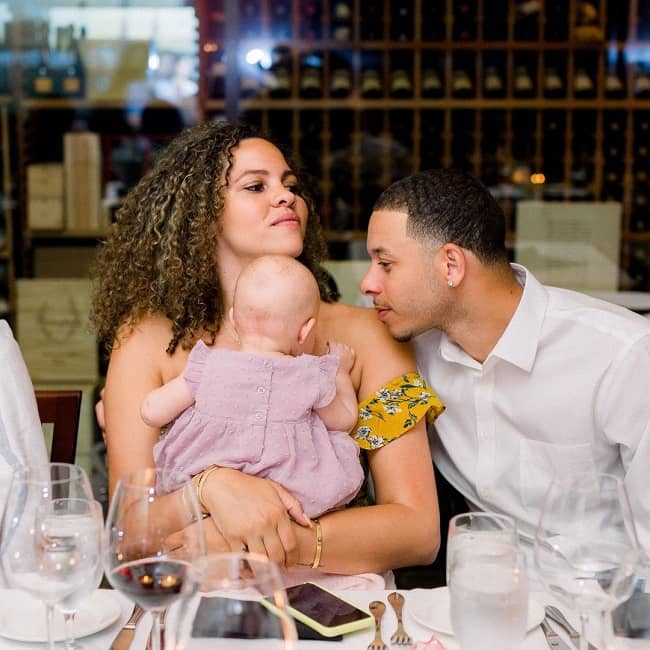 Caption: Callie Rivers and her husband having great times with their kid. Source: Instagram

She was rumored to be dating Brandon Spikes. Therefore, at the time they were dating, she was erroneously involved in a sex scandal that involved Spikes. Moreover, many media outlets after viewing the video assumed the woman on the tape to be Rivers. However, Spikes later issued a statement stating that the tape dates to his college years and the woman in question weren’t her.

Callie is a pretty and gorgeous girl who does a great job maintaining her young and beautiful appearance. She is quite tall and stands at a height of 5 feet 11 inches. Likewise, she has a balancing weight of around 60 kilos. Her chest-waist-hip measurements are 32-24-35 inches respectively. She wears a bra cup of 30B. She was praised for her amazing figure as well.

Therefore, her body is her greatest asset. She stays fit by exercising regularly. Moreover, her eye color is a brown color and she has long and silky dark brown hair. Further, she is a fitness freak as well as maintained her figure by eating green and healthy vegetables in her daily regime. She wears a shoe size of 7 (US) and wears a dress size of 3 (US). 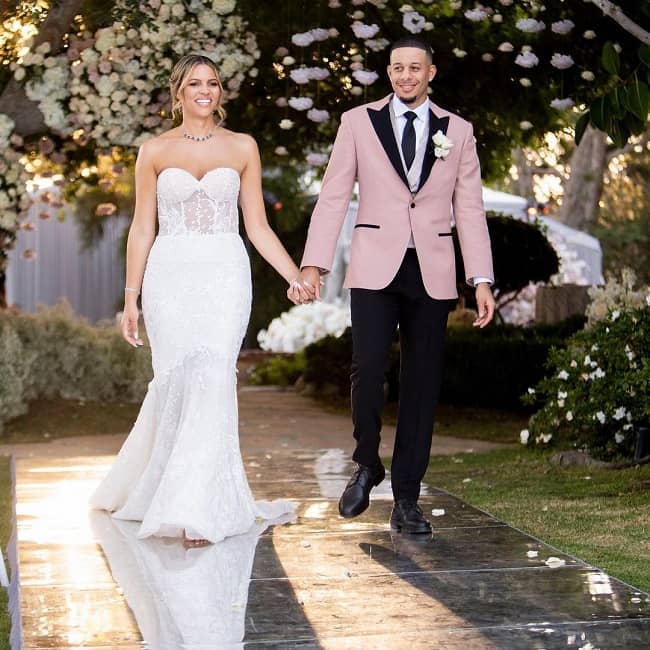 Callie is active on some online sites. Her Instagram account ‘@calliecurry’ has earned more than 74.4K followers. Similarly, she has earned over 22.9K followers on her Twitter account. Other than this, she is not active on other internet sites.

She is sure to earn a good amount of money for sure. Her primary source of income is her sports career and her wealthy family background. She has a net worth of around $1.5 million as of 2020.