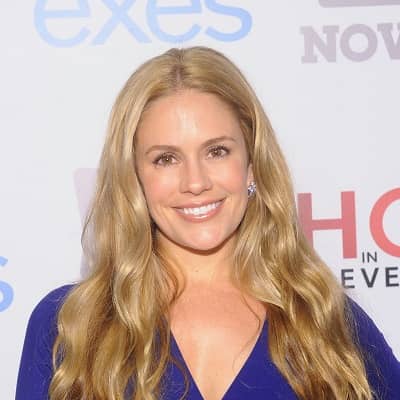 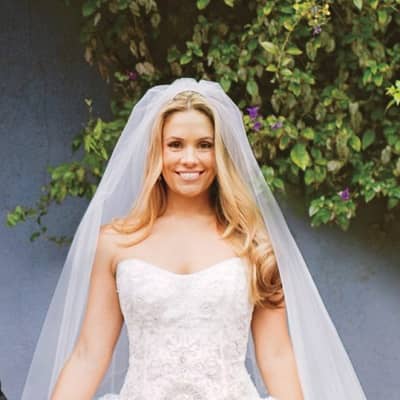 CaCee Cobb is a famous American TV personality and celebrity spouse. CaCee Cobb is also well-known for being a former personal assistant and good friend of singer Jessica Simpson.

CaCee Cobb was born on December 3, 1977, and she is currently 43 years old. CaCee is originally from Denton County, Texas, USA, and her zodiac sign is Sagittarius. Likewise, her full name is CaCee Gabrielle Cobb. CaCee has not shared any information regarding her parents, siblings, education, or any personal details.

However, through her Instagram, we know that CaCee was a cheerleader at Marlin High School (MHS). Also, CaCee has also mentioned and shared photos of her parents from time to time on her Instagram. She also seems to have a younger sibling through a photo shared on Instagram on 14 May 2017.

Caption: CaCee Cobb in childhood photographs with her parents and sibling. Source: Instagram

Professionally, CaCee Cobb is a TV personality as well as the former personal assistant of singer Jessica Simpson. Besides her own professional achievement, CaCee is also famous as the celebrity wife of actor Donald Faison. Likewise, CaCee is most recognized for her work on Employee of the Month in 2006, The Dukes of Hazzard in 2005, and Newlyweds: Nick & Jessica in 2003.

Talking about her spouse’s professional life, Donald Faison is a remarkable actor, comedian, as well as voice actor. Donald is internationally recognized for playing the role of Dr. Chris Turk in Scrubs from 2001 to 2010 and as Murray in both the film and its subsequent TV series of Clueless.

Moreover, CaCee’s spouse also stars as Phil Chase in The Exes from 2011 to 2015. Moreover, Faison also co-starred in Next Day Air, Waiting to Exhale, Something New, Remember the Titans, Uptown Girls, and Kick-Ass 2. 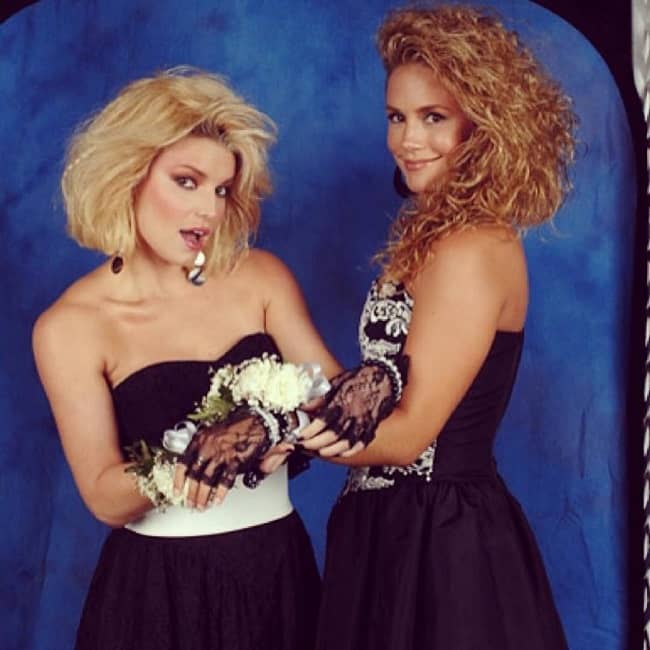 CaCee Cobb is married to Donald Adeosun Faison. Donald is a popular American comedian, actor, and voice actor. The two dated for six years and finally tied the knot on December 15, 2012. The couple had a 16-month-long engagement.

CaCee shares two biological children with Donald. They are a son Rocco born in 2013 and a daughter Wilder born in 2015. Moreover, her daughter Wilder’s godmother is Jessica Simpson. Prior to marrying CaCee, Faison was married to Lisa Askey. With Lisa, CaCee’s husband shares fraternal boy-girl twins Dade and Kaya born in 1999, and son Kobe born in 2001.

After Lisa’s demise in 2017, Dade, Kaya, and Kobe moved in with CaCee and her family. Moreover, CaCee’s husband also shares a son named Shawn (born in 1997) with his ex-girlfriend Audrey Ince. 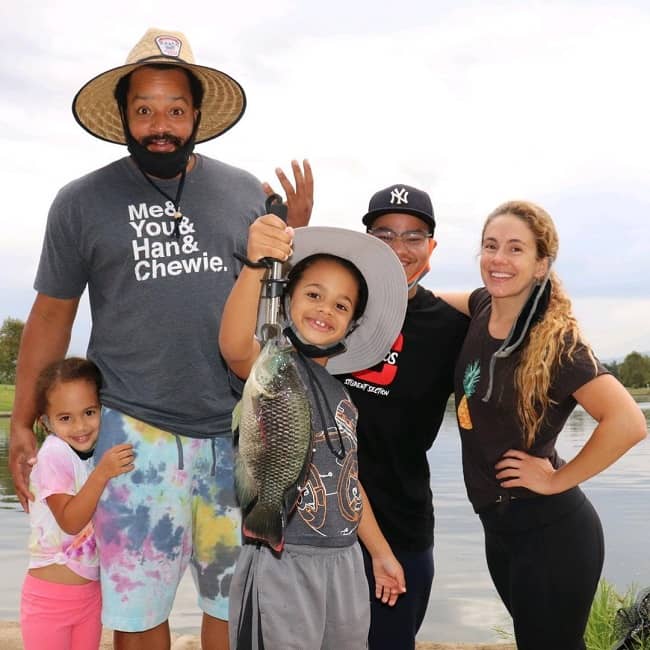 Caption: CaCee Cobb posing for a photo with her family. Source: Instagram

CaCee Cobb stands tall at an approximate height of 5 feet 8 inches or 1.73 meters and her weight is approximately 62 kgs or 137 lbs. Likewise, her chest-waist-hip measures are 34-25-34 inches respectively, dress size is 8 (US) or 38 (EU). Moreover, CaCee has blonde hair and brown eyes.

Talking about her social media presence, CaCee Cobb is available on Instagram under the username @caceecobb. As of June 2021, CaCee has earned over 173k followers on her personal account. Likewise, she also goes by @caceecobb on Twitter. CaCee joined this platform in March 2009 and so far has over 45.9K followers. Moreover, both of CaCee’s Twitter and Instagram handles are verified ones.