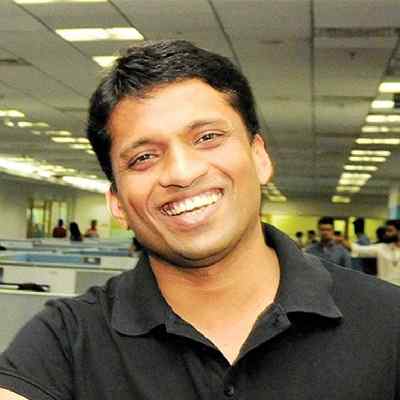 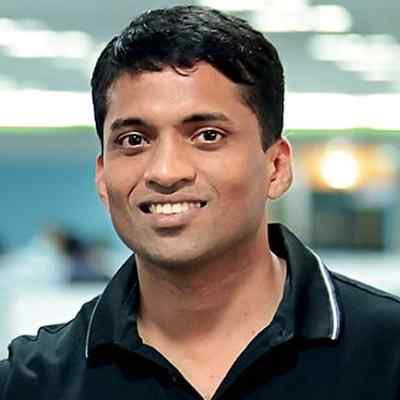 Byju Raveendran is an Indian entrepreneur as well as an engineer. Byju Raveendran is popular as the founder and CEO of “BYJU’S-The Learning App”. He started the education-based start-up in the year 2011 along with his wife, Divya Gokulnath.

Byju Raveendran was born in the year 1981 in Azhikode, Kannur district, Kerala, India. He is 40 years old and holds Indian nationality. His ethnicity is South-Asian and follows the religion, Hinduism.

Regarding Byju’s educational background and qualifications, studied at a Malayalam medium school where his parents were teachers. He then would skip classes and then later learn at home. Likewise, Raveendran attended a local school in Azhikode, Kerala. He then enrolled at Government Engineering College and graduated with B.Tech in Mechanical Engineering. 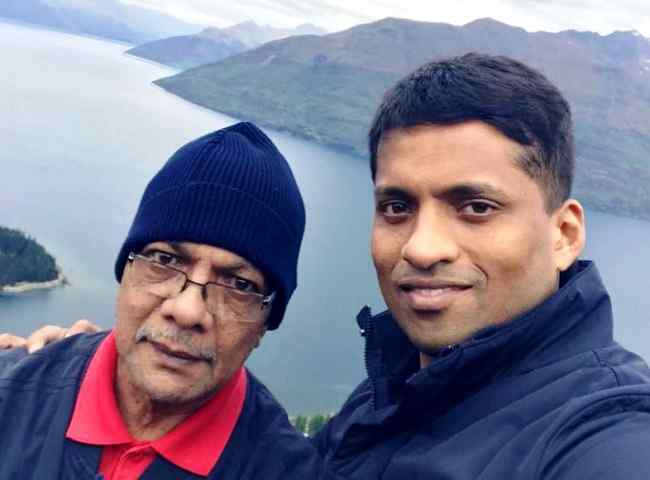 Caption: Byju Raveendran along with his father (Source: WikiBio)

Byju Raveendran was able to join a multinational shipping company as a service engineer after completing his B.Tech from the Government College of Engineering. Likewise, during a vacation in the year 2003, he helped his friends who were studying for the CAT exam. Later on, he also took the CAT exam and says he was able to score in the 100th percentile. Moreover, Byju again took the exam and he again was able to score in the 100th percentile. So, two years later, he continued helping people study for the CAT exam, and based on the good results, decided to quit his job.

Byju Raveendran founded the test preparation business “Byju’s Classes” in the year 2007. The company was able to grow to stadium-size classes eventually. Then, in the year 2011, he along with his wife, Divya Gokulnath founded Byju’s. It is an Indian multinational educational technology company, headquartered in Bangalore. Likewise, as the smartphone sizes increased in the year 2015, Byju’s launched an app developed by Byju Raveendran. Then again in October 2018, the app expanded to the UK, the US, as well as in other English-speaking countries. Moreover, Byju Raveendran was added to the National Startup Advisory Council as a non-official member along with Kunal Bahl in January 2021.

Furthermore, Ernst & Young awarded Byju Raveendran the “Entrepreneur of the Year Award” in February 2019. He also was featured on the cover of the Forbes India Magazine in September 2017. 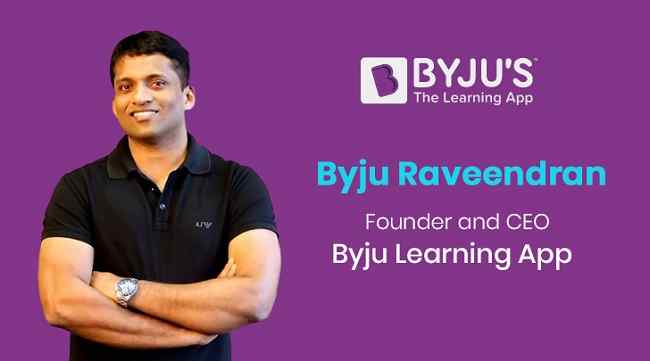 Byju Raveendran is married to Divya Gokulnath. They met each other while she was a student in his exam preparation class. She is the co-founder and the director of the “BYJU’S”. They have a son together and his name is Nish Raveendran. 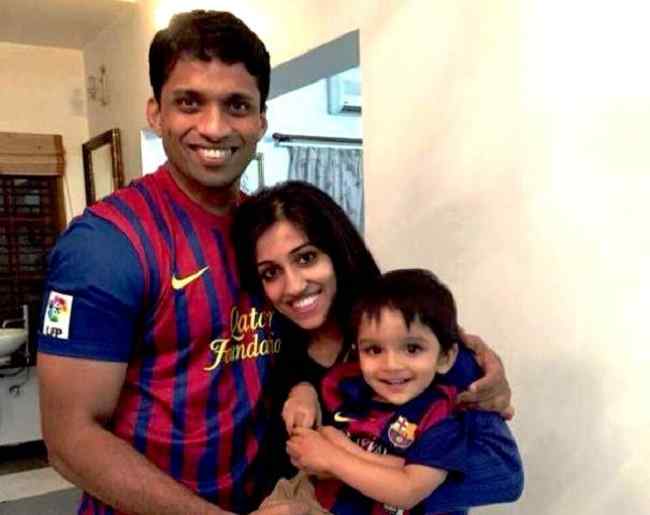 Caption: Byju Raveendran with his wife and son (Source: WikiBio)

Byju Raveendran has a height of 5 feet 7 inches and his weight is 70 Kg. His other body measurements such as his chest size, waist size, as well as hip size, are 42-31-35 inches respectively. Moreover, Raveendran has black hair and dark brown eyes.

Byju Raveendran is not active on social media platforms such as Instagram, Twitter, and Facebook and doesn’t own any social accounts until now. He might have not wanted to use it and stay away from it.

According to starsunfolded, Byju Raveendran has a net worth of $1 billion and his main income source is his career of being CEO of the “BYJU’S”. Likewise, the combined net worth of Byju, his wife, and his brother Riju Raveendran is $3.05 billion.