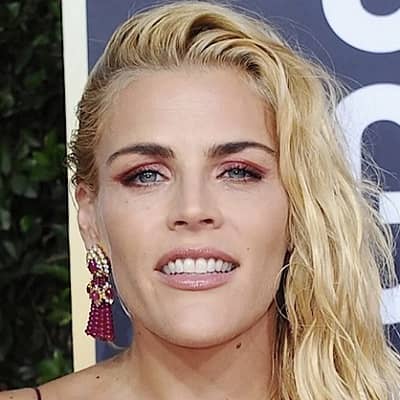 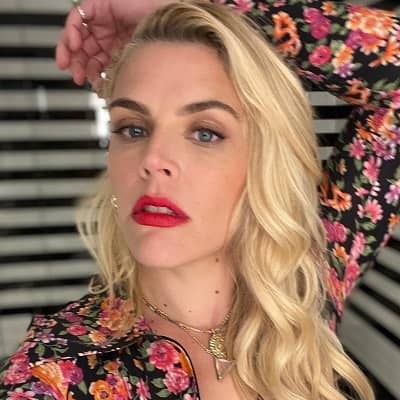 Elizabeth Jean Philipps best known as Busy Philipps was born on the 25th of June 1979, in Oak Park, Illinois, the United States of America. According to her birth date, this actress is 43 years old and holds American nationality.

Likewise, she has a zodiac sign of Gemini and belongs to the English-German ethnicity. She is the daughter of Joseph Philipps (father), and Barbara Phillips (mother) and is the only child of her parents.

Her parents named her Busy since she was continuously active as an infant. She grew up in Scottsdale, Arizona. And, she became interested in performing while she was in fourth grade. 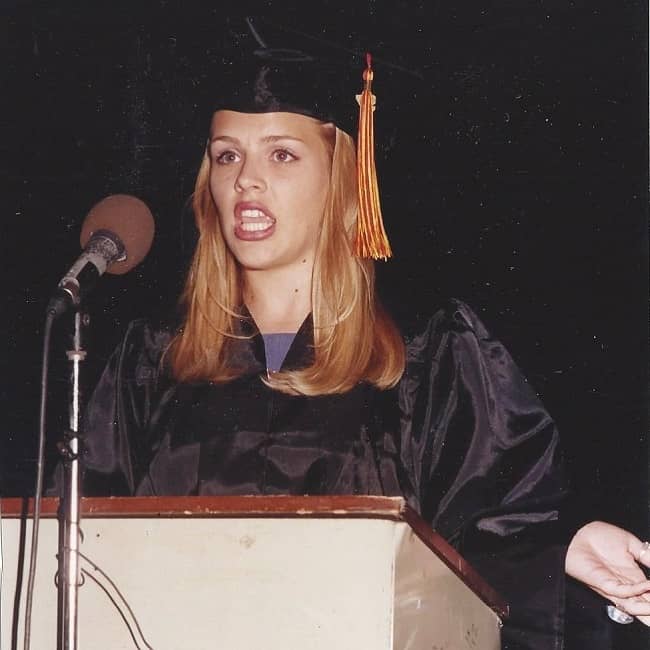 Regarding her academic career, she studied at Chaparral High School in Scottsdale, Arizona. Later, she completed her graduation from Loyola Marymount University.

This actress has earned a good amount of money from her career. As of 2022, she has a net worth of $12 million and has not yet revealed her salary and income.

Busy Philipps began her career as a real-life Barbie (“Cool Teen Skipper”) on the toy fair circuit before breaking into the show industry. She starred as Kim Kelly in “Freaks and Geeks” where she was featured in every episode.

Later, in the year 2000, she made her film debut in the comedy “The Smokers” as well as several additional television cameos. She starred as Audrey Liddell in the teen drama “Dawson’s Creek” in 2001.

Her portrayal of Audrey got her a Teen Choice Award nomination for “TV – Choice Sidekick” Following that, she acted in two films, “Home Room” in 2002 and “White Chicks” in 2004. She also appeared in the UPN sitcom Love, Inc.

Moreover,  he had a major recurring role as Hope Bobeck on ER in 2006, with her “Freaks and Geeks” co-star Linda Cardellini. She contributed to the plot of the 2007 comedy film “Blades of Glory.”

Busy has also appeared as Kelli Ann in “He’s Just Not That Into You” and on an episode of “How I Met Your Mother” She played Laurie Keller in the television series “Cougar Town” from 2009 until 2015. She was also cast in the HBO series “Vice Principals” which premiered in 2016. 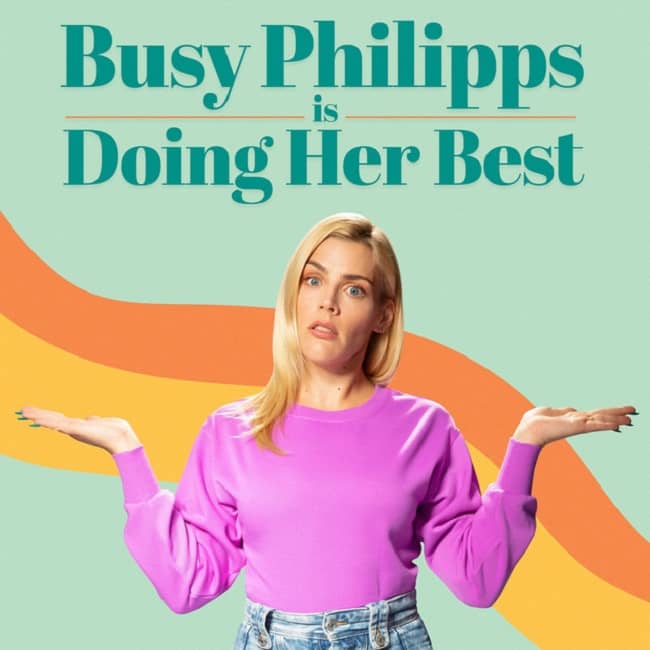 In the year 2018, she played the role of Sheba in Netflix’s “Unbreakable Kimmy Schmidt”.Busy Philipps has an upcoming late-night talk show called, “Busy Tonight”. The show premiered on 28th October 2018 on E!, to May 16, 2019. This Will Only Hurt a Little, her book was published on October 18, 2018.

It was canceled on the same day Philipps was nominated for a Critics’ Choice Award for 2019. Busy Philipps is Doing Her Best, a podcast she co-hosts with former Busy Tonight writers Caissie St. Onge and Shantira Jackson, premiered in August 2020.

In her acting career, this American actress has earned some awards and recognition. Moreover, she earned the 2010 Entertainment Weekly Award for Best Supporting Actress in a Comedy Series.

Likewise, she has earned the Critics’ Choice Television Award for Best Supporting Actress in a Comedy Series in 2011. In 2003, she was nominated for the Teen Choice Award for Choice TV Sidekick.

This woman is currently single at the moment. But she was married to her ex-husband, Marc Silverstein, a screenwriter. The duo met after she split up with her ex-boyfriend Colin Hanks.

Birdie Leigh and Cricket Pearl are the couple’s two kids. Later, in February 2021, the coup separated. In addition, she had dated Colin Hanks while in college in the 1990s, but the pair separated. 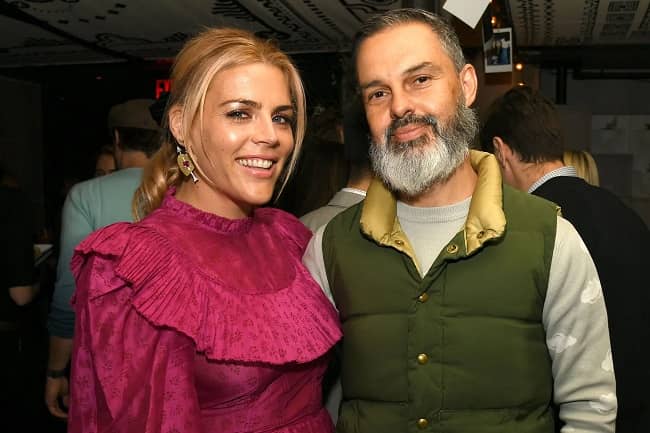 Philipps cries as she explains why she reported her rape at the age of 14: ‘It was terrifying.’ In a deep and tearful Instagram post, she confessed that she was raped at the age of 14. Busy Philipps Tells Ellen Degeneres About Her Rape When She was 14 “This is me when I was 14.”

Philipps originally wrote in her Instagram post, “The age I was raped.” “It took me 25 years to finally voice those words. It is something I wrote about in my book. Four months ago, I eventually informed my parents and sister about it.

Philipps, who wrote about her rape in her book “This Will Only Hurt A Little” said she struggled for a long time with expressing her story.

This woman stands 5 feet 6 inches tall and weighs around 61 kg. Likewise, she has blue eyes with blonde eyes, and her body measurement measures 28-35-35 inches. 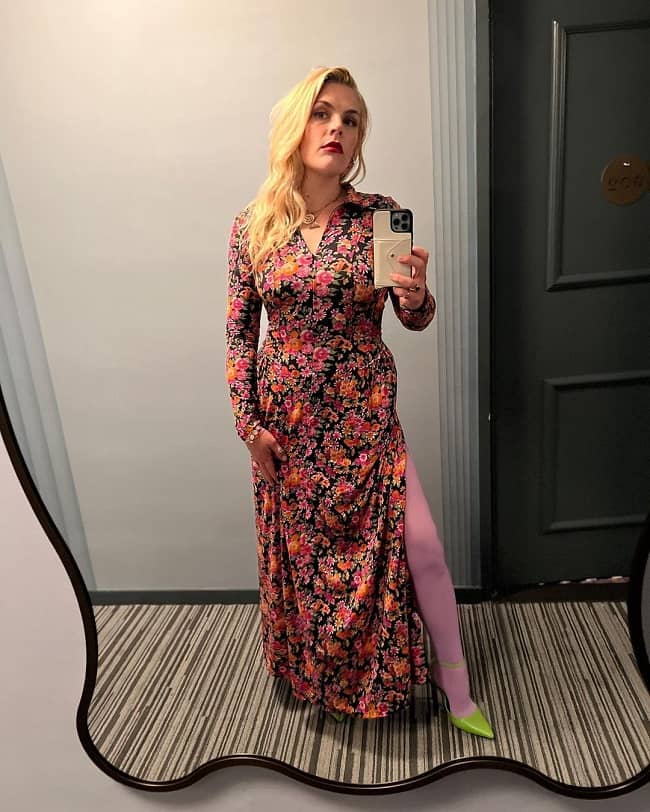