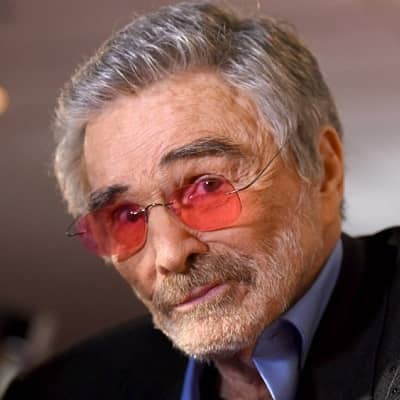 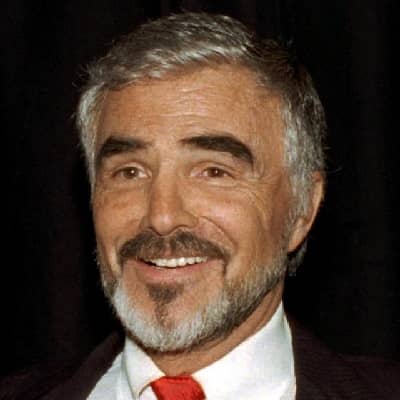 Burt Reynolds was an actor, producer, and also director who is famous as an American popular culture icon. Burt Reynolds’ famous film credits are “Semi-Tough”, “Gunsmoke”, “The Longest Yard”, “Hooper”, and others.

Burt’s birthdate is 11th February 1936 and his birthplace is Lansing, Michigan, the US. His full name is Burton Lean Reynolds Jr. and his sun sign is Aquarius. Likewise, the actor is an American native and is of Caucasian ethnicity, following Christianity.

The name of his father is Burton Milo Reynolds Sr., a police chief of Riviera Beach who used to work in the US Army before the police service. On the other side, his mother’s name is Fern H. Reynolds. The American actor also has a sister whose information is not available for now.

As for his educational background, he first went to Palm Beach High School. Then, he got a college football scholarship at Florida State University. Initially, his aim was to be a professional footballer which got destroyed after getting injuries twice. First in the 1st season and next was in a car accident.

His aim changed into a police officer and went to the Palm Beach Junior in Lake Worth. There, was there when his teacher requested him to participate in a drama ‘Outward Bound’. He eventually became the victor of a Florida State Drama Award. 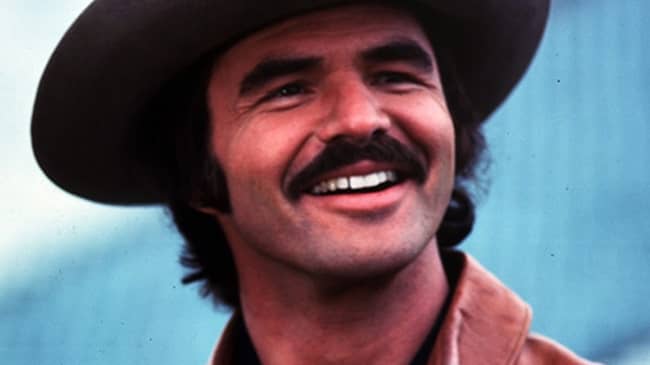 Caption: Burt Reynolds when he was young (Source: Biography)

Sadly, 6th September 2018 went on to be Burt Reyolds’ last day on this earth. He passed away because of a heart attack at the Jupiter Medical Center, Jupiter, Florida. The actor was just eighty-two years old at the time of his demise.

A private memorial service was then held on 20th September 2018, at a funeral home, located in North Palm Beach, Florida. His body was burnt and his niece took his ashes. On 11th February 2021, the actor was consequently buried at Hollywood Forever Cemetery.

Burt received a scholarship to serve in Hyde Park Playhouse which is a New York-based summer stock theatre. There the actor got to know Joanne Woodward there who found him an agent. He was present in the drama, ‘Tea and Sympathy’ in the year 1953 at Neighborhood Playhouse. After getting numerous appreciations, he went on a trip to perform in several parts of the nation. He also participated in the 1957’s drama, ‘Mister Roberts’. Then, he gave an audition for the film, ‘Sayonara’ but failed, instead, he was suggested to try in Hollywood.

The actor was present in a TV series ‘Riverboat’ from the year 1959 to 1961 along with Darren McGavin. He got this chance after making his first Broadway presence with ‘Look, We’ve Come Through’. Burt was then present as Tony Sapio in the episode, ‘The Payoff’ of the TV series, ‘The Lawless Years’ in 1959. Till the year 1961, the American actor has been present in episodes of several TV shows such as, ‘Pony Express’, ‘The Everglades’, ‘Gunsmoke’, ’12 O-Clock High’, ‘The Brothers Brannagan’, ‘Perry Mason’, ‘The Twilight Zone’, and more.

In 1961, he went on to make his film debut in ‘Angel Baby’ after which he was instructed to work in low-budget films. He was present in ‘Navajo Joe’. At the same time, he was also serving on 2 cop TV shows, ‘Hawk’, and ‘Dan August’. Finally, Burt’s breakthrough film, ‘Deliverance’ was out in 1972. As of 1973, the actor chased his singing career and brought out his album, ‘Ask Me What I Am’. He also made a duet in ‘The Best Little Whorehouse in Texas’ along with Dolly Parton.

In the year 1977, he was a part of ‘Smokey and the Bandit’ but rejected an offer to be a part of ‘Star Wars’.  He then brought out his super hit 1989 movie, ‘Physical Evidence’. As a producer, he brought out a TV show, ‘Win, Lose or Draw’, and was also present there once. The American actor was present in a detective act, ‘B.L. Stryker’ in 1898 for the ABC Mystery Movie. In the year 1990, he was a part of CBC’s TV series, ‘Evening Shade’. His amazing act helped him to earn an Emmy Award for being an Outstanding Lead Actor in a Comedy Series.

After taking a long break, he reappeared in 1996 in ‘Striptease’. In the next year, he became a part of ‘Boggie Nights’ which earned him a Golden Globe. He voice acted as Avery Carrington for a video game, ‘Grand Theft: Vice City’ in the year 2002. Also, he made it while touring for ‘Burt Reynolds’ One-Man Show’. In 2005, Burt took part in the re-creation of ‘The Longest Yard’ for which he got a Razzie Award for it. He got a minor character of an ex-CIA agent in the American version of ‘Burn Notice’ in 2010.

In 2012, he was present as a guest on ‘Archer’ and also in ‘Saints Row: The Third’. Burt received his victory on the ‘Hollywood Walk of Fame’ in the year 1978. He even established a dinner theatre in Jupiter, Florida, but was sold. In 1972, the American actor even once posed naked for the cover of Cosmopolitan. Furthermore, he was the owner of the nightclub, ‘Burt’s Place’ which was in Atlanta, Georgia. He also was one of the owners of a professional football team, ‘Tampa Bay Bandits.’ 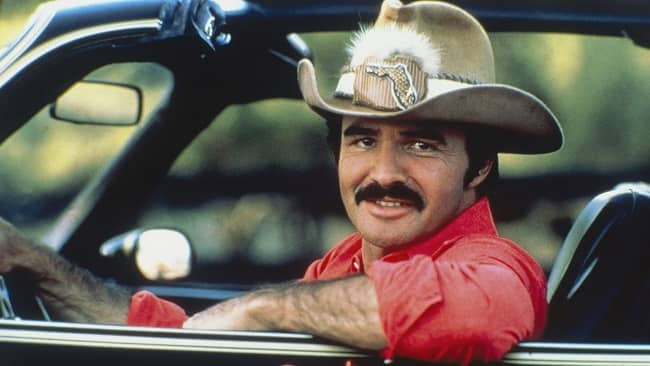 The famous American actor must have made a good amount of money from his professional career when he was alive. The estimated net worth of Burt Reynolds must be around $3 million at the time of his last day. Some years ago, his net worth was much more than just $3 million. Also, he lost a huge amount of money due to his failure in restaurant projects in Florida. Moreover, he also had to give a lot of money after divorcing as a divorce settlement.

Talking about the actor’s relationship, he previously had romantic relationships with several female artists. Some of them were Tammy Wynette, Lucie Arnaz, Susan Clark, and Dinah Shore. Burt and the actress, Judy Carne tied the knot in 1963 which sadly ended after just 2 years, and parted in 1965. The actor revealed that Daniah Shore was twenty years elder than him with whom the relationship continued for 5 years in the early 1970s.

From 1988 to 1994, he was in a marital relationship with the American actress, Loni Anderson. The pair adopted a son whose name is Quinton. However, their relationship ended due to Burt’s another-marital situation along with Pam Seals, a waitress. His and Seals’ relationship came to an end with lawsuits, which they completed outside the court. In the year 1996, the actor filed for bankruptcy after divorcing Loni Aderson. 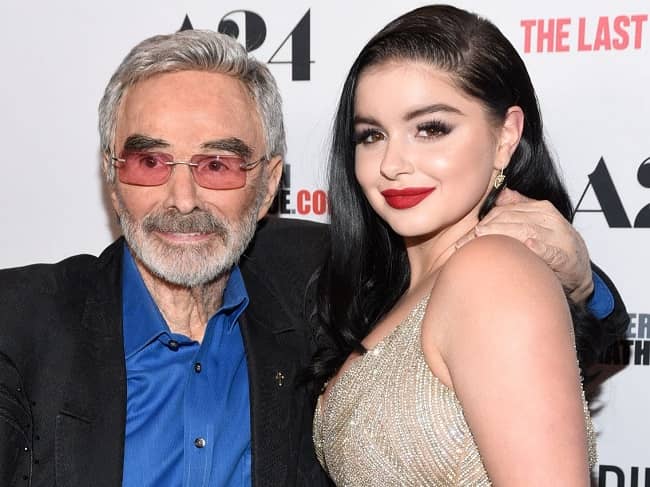 Caption: Burt Reynolds with one of his lovers (Source: Insider)

Being an actor, Burt Reynolds has must have had attractive and active physical statistics. He has an average height of 6 feet or 180 cm or else 1.80 m. Likewise, the Americana actor weighs around 79 kg or 174 lbs.

The size of his biceps is 15.5 inches and he was always wearing a shoe size of 8 US. His body measurements are 40 inches, 32 inches, and 35 inches. Moreover, the producer has a fair complexion with a pair of blue eyes and white hair.

On Instagram, there are over two thousand followers whereas, on Twitter, there are very few followers. Moreover, there must be several fan pages of Burt on these platforms made by his admirers.