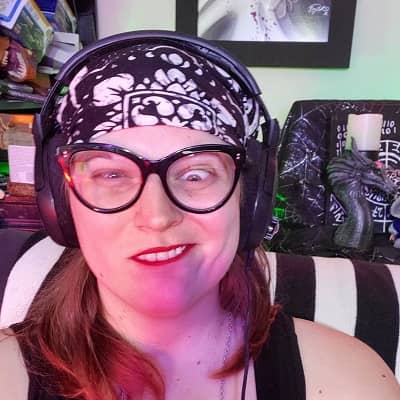 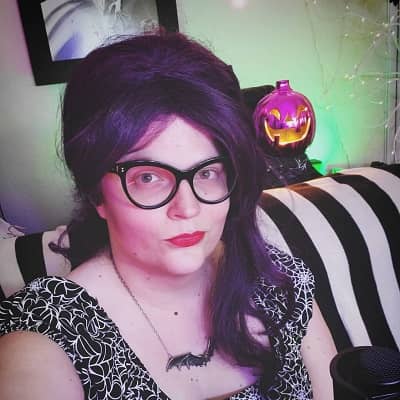 Bunny Bennett is an American transwoman pantomime actor, illustrator, and musician. Bunny Bennett is popular for being the lead and backing vocalist of the musical group ‘Steam Powered Giraffe’.

Bunny Bennett was born on 7th October 1986 and is currently 34 years old. She was born as Christopher Andrew Bennett and her zodiac sign is Libra. Likewise, she was born in San Diego, California, United States of America, and holds American citizenship. Similarly, she belongs to the Caucasian ethnic group and follows Christianity. Likewise, she has one twin brother whose name is David Michael Bennett. Talking about her family members, both her parents separated when they were just in high school.

Likewise, talking about her young days, she was fascinated by drama from a very young age. Similarly, along with her brother, she joined the school’s drama department. Followed by this, shethen went to ‘The Art Institute of California’ in San Diego in which she chose to major in gaming art and design. However, by the end of the first year, she chose to drop out and studied the art of mime. She enrolled in a community college Grossmont College in El Cajon, California to study game art and design.

Similarly, she along with her brother performed in several mimes acts along with Erin Burke and Jonathan ‘Jon’ Sprague and later became ‘SPG’ members. Likewise, during their college days, Bennett siblings also performed on streets as robotic characters for a local mime group ‘Troupe SD’. Moreover, she is a proficient puppetry, songwriter, graphic designer, and sketching illustrator. Likewise, her interest mainly includes movies, monsters, dinosaurs, art, and theatrical makeup. Similarly, considers her inspirations such as Dali, Burne Hogarth, and Leonardo DaVinci.

While studying theater arts, Bunny along with her brother met the present members of their group. Likewise, they were trained under the same mentor, the ‘Seaport Village’ mime artists Jerry ‘Kazoo’ Hager. Similarly, they began performing along with the Troupe SD which is the San Diego pantomime group. Followed by this and other few successful street shows, she and her pantomime artists made their independent troupe which they named as ‘Peoplebots’ and later renamed as ‘SPG’.

Likewise, this is a subgenre of science fiction or science fantasy musical group which created steampunk subculture acts. Similarly, she plays the character ‘Rabbit’ in the team and this character is a copper clockwork robot whose face resembles a porcelain plate. She portrays the role of wearing graphic face makeup and a black dress paired with red-and-black tights. Talking about the hairstyles, it often changed as per the script. Furthermore,  also worked for the vocals of the group plating instruments such as the accordion, they keytar, the megaphone, the kazookaphano, melodic, and tambourine.

Moreover, being a multi-talented and creative person, she did not restrict herself from playing a single character. She also created a character named ‘Matter Mistress Bunny. Even though this character did not make any public appearance; it became popular from the live streams. Additionally, she also has a self-titled channel in Youtube. She joined Youtube on 8th August 2011 and has 30.9k subscribers in her ‘Bunny Bennett’ account.

Regarding her personal life, Bunny is a transwoman. She came out in the fall of 2014 and declared her sexuality. Likewise, as soon as identifying as a woman, she underwent a couple of medical transitions to become a woman. Similarly, by the beginning of 2016, she officially changed her gender and began calling herself as ‘Isabella’. Likewise, as she went under gender transition, her character ‘Rabbit’ also went through the same. It was initially a male character but later identified as a female character. Similarly, in this way, she broke the stereotype of a transwoman being attracted only to men. However, on the contrary, she is also interested in a woman. Likewise, along with being a transwoman, she is a lesbian too.

Unfortunately, there is no information about her body measurement including, height, weight, and vital stats available in media. Looking at her appearance, she has fair skin with light brown eyes color eyes and black hair color.