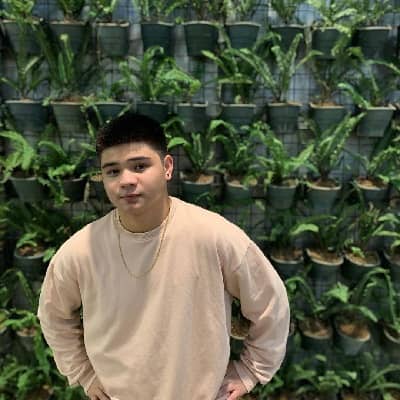 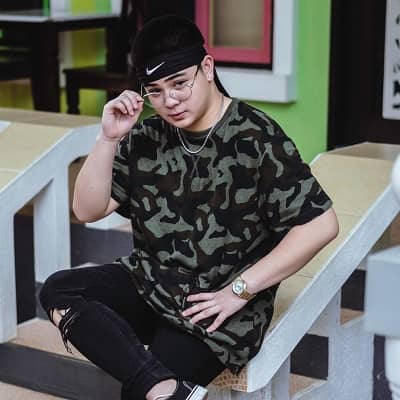 Bugoy Carino was born on 3rd September 2002 and is currently 18 years old. His birth name is Rogel Kyle Carino Jr. and her zodiac sign is Virgo. Likewise, Bugoy was born in Cavite, Philippines and her nationality is Filipino. Similarly, talking about his ethnicity and religion, he is Asian and is a Catholic Christian. Regarding his family background, Bugoy has not shared much information about his family background in media. Similarly, there is no name available about his parents. Likewise, he has one sibling and his name is Kazumi. 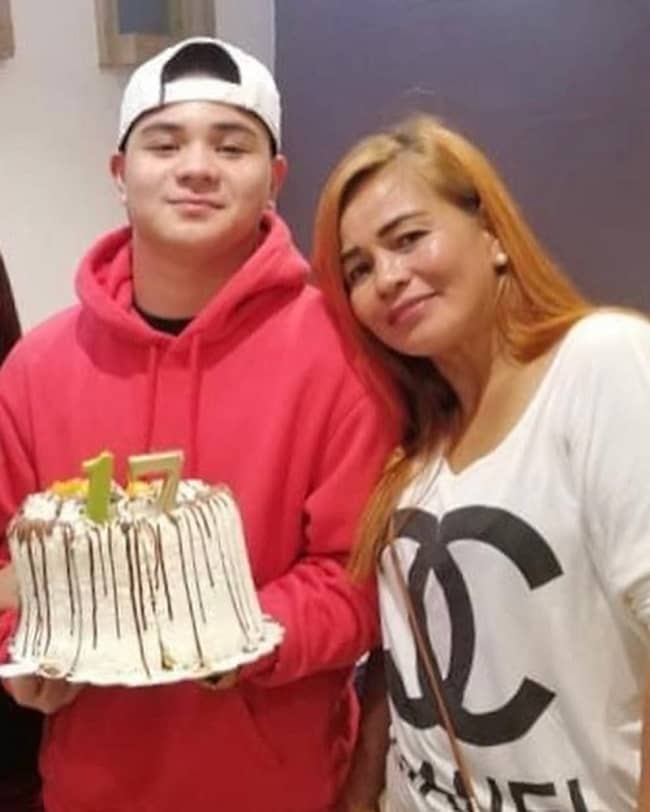 Personally, Bugoy is a very talented person and has a passion for dancing and acting from a very young age. Similarly, he started dancing from the age of four. Likewise, he also joined several dance contests in different barangays and also has been a member of a local hip hop dance group ‘Higher Level’. Furthermore, talking about his educational background, there is no information about his educational qualification available in the media.

Bugoy made his professional debut on television from the year 2009. He participated as a contestant on the reality-based talent competition ‘Star Circle Kid Quest: Search for the Kiddie Idol’. After this competition, Bugoy became a judge on the Philippine reality game show ‘Pinoy Big Brother’. This is the Philippine version of the Big Brother reality game show franchise. Likewise, he made his debut in the miniseries ‘Agimat presents: Tiagong Akyat’ and played as Martin Mariano Ronquillo. Similarly, he became the host of the Philippine’s children television show ‘Kulilits’. Moreover, he again became the performer on the ‘Pinoy Big Brother: Teen Edition in the same year.

Besides being a television star, Bugoy also has a channel on Youtube. He joined the channel on 17th May 2018 along with his girlfriend and named it ‘Bugz & EJ Vlog’. Likewise, in this channel, Bugoy has posted videos with different types of contents including game shows, family vlogs, travel vlogs, and others. Similarly, Bugoy posted his first video ‘SLOW-MOOOOOO!! (BUGOY CARINO)’ on 19th May 2018. Followed by this, he posted another video ‘PAGUPIT SA LEGAZPI’ on 23rd May 2018 and has 222k views on it. 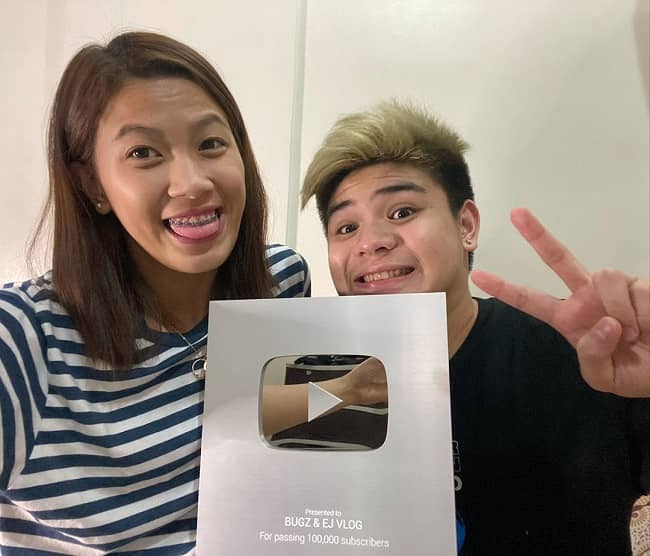 Caption: Bugoy with the silver button from his channel. Source: Instagram

Likewise, Bugoy has over 264k subscribers on his channel. Similarly, he has posted around 39 videos on the channel having total views of more than 8 million views in it. Likewise, his highest viewed video on the channel is ‘BASAGAN ITLOG CHALLENGE WALK OUT SI IDOL EJ NAPIKON!)’. This video was posted on 22nd April 2019 and has over 1.8 million views on it.

Bugoy is a versatile actor and has been in this acting career since a very young age. Likewise, he is an actor by profession besides being a social media personality. Similarly, he has made an exceptionally well career in acting. Likewise, his first award was for the Best Child Performer category in the 37th Metro Manila Film Festival. Similarly, he received the Best Child Performer in the 6th Gawad Genio Awards for the same work in ‘Shake, Rattle & Roll 13’.

Regarding his relationship status, Bugoy is straight and in a relationship with the Filipina Volleyball player Ennajie C. Laure. They began dating for a long time back but the exact time is not given. Likewise, they have a beautiful daughter named Scarlet. 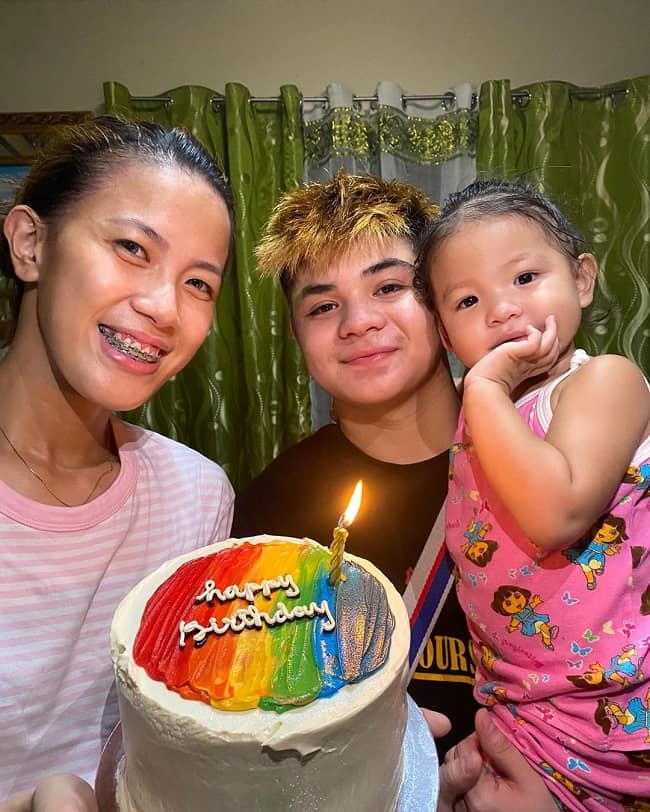 There is no information about his body measurement including height, weight, and vital stats available in media. Looking at his appearance he has a chubby body type with fair skin and dark brown hair and eyes color.