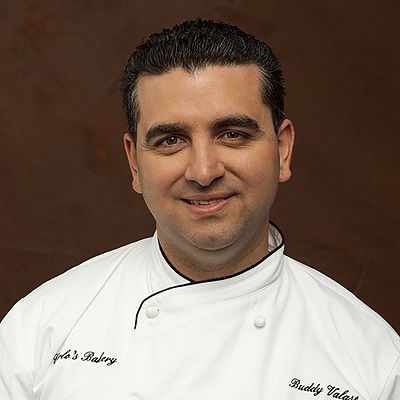 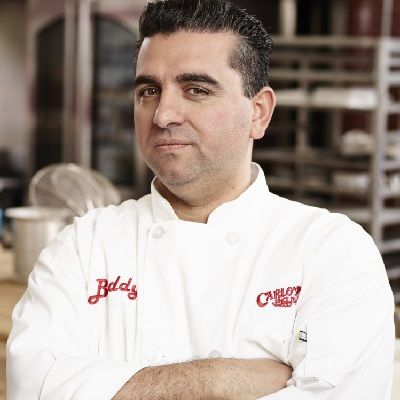 Buddy Valastro is 45 years old as of 2022. He was born on 3 March 1977, in Hoboken, New Jersey. Her father’s name is  Buddy Valastro Sr., and her mother’s name is  Mary W. Subito. His birth name is Bartolo Valastro Jr. and his birth sign is Pisces. He learned Baking and started working in his family business at the age of 11. When he was just 17 years old, his father passed away. He grew up with four sisters: Grace, Mary, Maddalena, and Lisa. 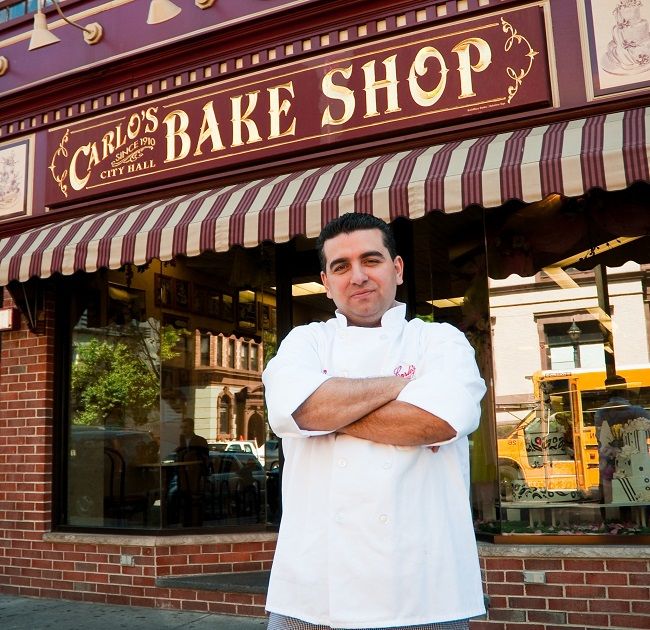 Caption: Buddy Valastro in the opening of Bakeshop in California (Source: Thedailymeal)

Talking about his professional career, he started running his family business on his own after the death of his father. Then, he became the owner and head baker of Carlo’s Bakery. In 2007, he made an appearance on the television series Food Network Challenge as its guest mentor. In 2009, he appeared as the host of the cooking television show Cake Boss. As a result, his reality TV show cake boss has led to a massive increase in the size and profits of his business.

Likewise, he also became the producer and the host of the cooking show Next Great Baker and Kitchen Boss. After that, he became the host of several shows like Buddy’s Bakery Rescue, Batalha dos Cozinheiros, Buddy’s Family Vacation, and Bakers vs. Fakers. Moreover, he is not only a host but also an executive producer of cooking shows like Batalha dos Cozinheiros, Cooks vs. Cons, and Bakers vs. Fakers.

Furthermore, he also launched an Event Planning & Catering company, Buddy V’s Events in 2014. It specializes in catering and also corporate events to family gathers. He also makes wedding and specialty cakes for shipment across the country. In addition, he also partnered with Whole Earth Sweetener Co. on a campaign to “Rethink Sweet” in 2016.

In 2018, he partnered with The Pound Bakery, a pet treat manufacturing company to redesign and launch a new line of pet treats. He also worked with several other companies to launch a full line of ready-to-use fondant, buttercream icing, and Italian Biscotti cookies under the new brand name Buddy Valastro Foods in 2018.

In 2019 he appeared in the television show Buddy vs Duff. Currently, he is hosting/Judging the show Bake You Rich since 2019. The comedian Paul F. Tompkins made a parody of Buddy Valastro on Comedy Bang! Bang! the podcast and the IFC TV show.

Buddy Valastro has earned a decent sum of money from his business. His estimated net worth is around $10 million. 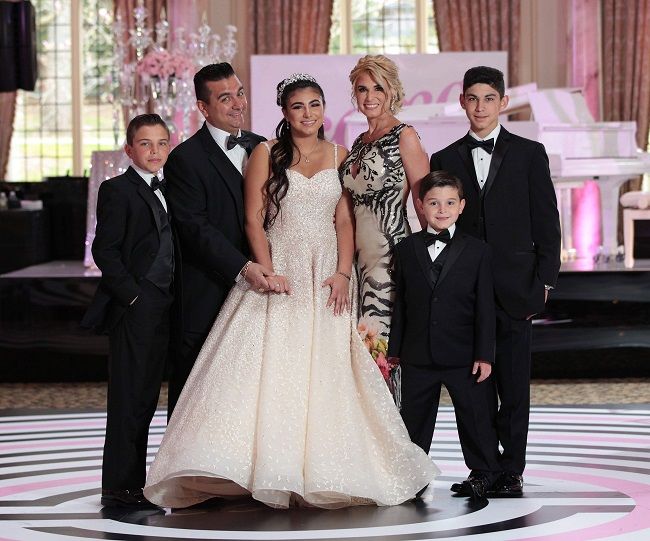 In September 2020, he had his dominant right hand stabbed by a pinsetter at his home bowling alley. His sons and other family members rescued him by evading him out of the machine. Then, he underwent two emergency surgeries.

There were scandals as he was arrested for driving while intoxicated in 2014. Likewise, he was also criticized for trying to use fame to evade arrest. As a result of this incident, his driving license was even got suspended for 90 days. He even had to pay a levy of 300 dollars. Moreover, there are no current rumors and controversy regarding his personal and professional life.

Buddy Valastro has a good personality and height. He has a height of 5 feet 7 inches and weighs around 62kg. There is no information regarding his body size. Likewise, he has both dark brown hair color and eye color.