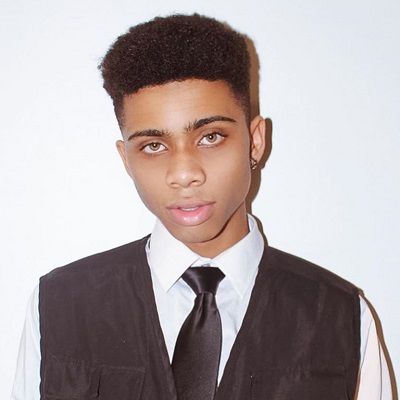 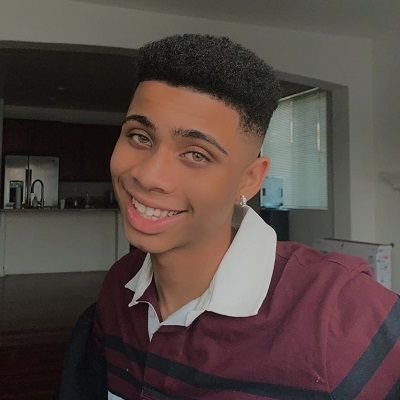 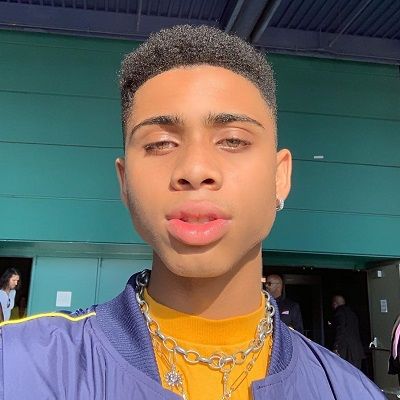 Bryce Xavier is an American actor, Instagram star, model, violinist, singer, dancer, and TikTok star who is known for sharing videos and pictures on his social media. Bryce Xavier has also worked in a variety of shows and movies such as Total Eclipse, Holiday Spectacular, Family Time, Alexa & Katie, etc.

Bryce Xavier was born on 15 February 2002. He was originally born in Lakewood and raised in Long Beach, California. His zodiac sign is Aquarius and holds an American nationality. Aso of 2020, he turns 18 years old. The details related to his family and childhood are not available. Furthermore, regarding his education, he might be attending high school at his age. He is represented by The Paul Harville Group.

Career and Professional Life and Awards

Bryce is a talented actor, model, violinist, and singer who has gained a huge number of fans on his social media platforms. He always had a passion for singing, dancing and other forms of performing arts. Being a brilliant kid, Bryce quickly developed the skills required to master several art forms. Further, he attended music classes and eventually learned to play the violin. Next, he gradually started gravitating towards acting and by the time he was in his early teens, he had already commenced his career in the entertainment industry.

Initially, Bryce developed his career as a social media star when he posted his videos on the TikTok. His growth on the social media platform got him numerous acting and modeling offers. He then got to work in a series which was aired on the TV channel, KCET. Soon then, he was seen in several advertising campaigns for the fashion line, ‘Sean John.’ He was then offered a role in a popular Cartoon Network show.

Bryce owns a self-titled YouTube channel on which he posts a couple of his TikTok compilations and a few challenge videos. He posted a few girlfriend tag videos as well. He and his ex-girlfriend took up the popular ‘whisper challenge’ and the video gained more than five thousand views.

Bryce once tricked his ex-girlfriend by pretending to break up with her in one of his prank videos. He also collaborated with the fellow YouTuber and singer Justin Bernardez and sung the cover version of the track, ‘Open Arms.’ Their fans liked the video so much that they wanted Bryce and Justin to collaborate more often and come up with more such duet covers. Furthermore, Bryce received a nomination at the 2018 Shorty Awards under the category ‘Live Streamer of the Year.’

Further, his popularity rose when he shared the screen space with actors like Charlie Murphy and John Witherspoon. Bryce was also seen in the movie ‘A Second Chance Christmas.’ It was not long before his fan base expanded on and off the internet.

Since 2012, Bryce has received a variety of projects. Firstly, Bryce appeared in a minor role in the famous TV series ‘Family Time.’ Further, in 2018, he did a role in the adventure fantasy flick, ‘Stay Tuned: The Movie.’ In 2016, he was seen in a short music video titled ‘Sing It Out.’ The following year, he was seen in a modeling campaign for the brand, ‘Target.’ In addition to these, he has also been featured in the music videos of singers like CeeLo Green and Janelle Monae.

As a musician, he has shared the stage with Disney’s in-house orchestra. Bryce has also performed as a violinist with the Disney Orchestra. Furthermore, he was a featured speaker at Instagram’s IGTV announcement in June 2018 and in 2019, he released his debut single “His Girl.” 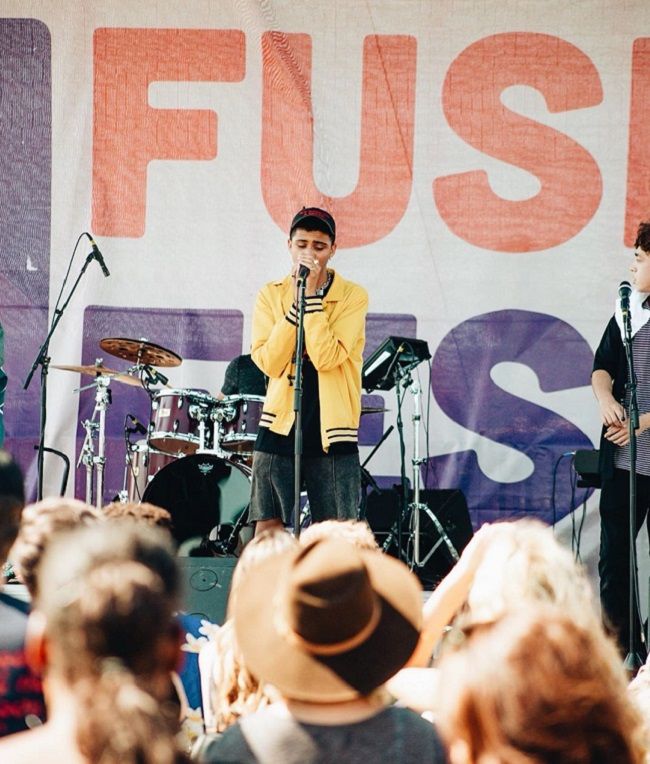 Bryce started dating singer, dancer, and actress, Nia Sioux, on June 28, 2017, after previously meeting her during a dance class in the latter part of 2016. Nia was seen in the reality show, ‘Dance Moms‘ and she spoke about her relationship with Bryce in public.

They first met in a hip hop class and worked together in an assignment for Target and that was when they got to know one another better. Bryce once shared in a YouTube video that he had a crush on Nia for quite a while before they finally started dating and she was not even aware of it. However, the couple broke up in mid-2018. He might currently be single.

So far, he has not involved himself in any sort of rumors and controversies. He has maintained a good profile. Bryce might be focusing on his career rather than involving in any controversial acts. 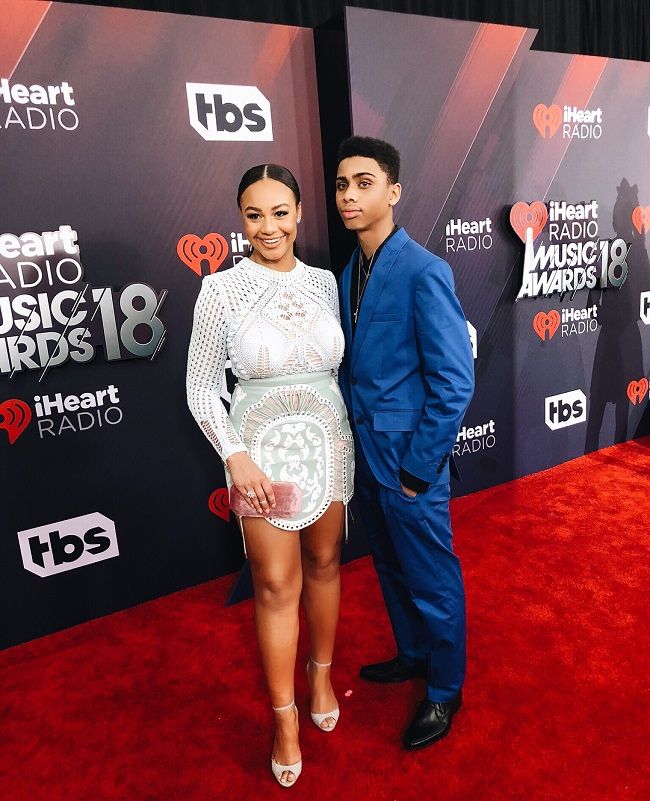 Bryce is a good looking guy and has an attractive personality. He has an average height of 5 feet 10 inches and weighs around 65 Kgs. He has an amazing body physique. Bryce wears a shoe size of 9 (UK). He has black hair and brown eyes. Additional information regarding his body measurements is not available. 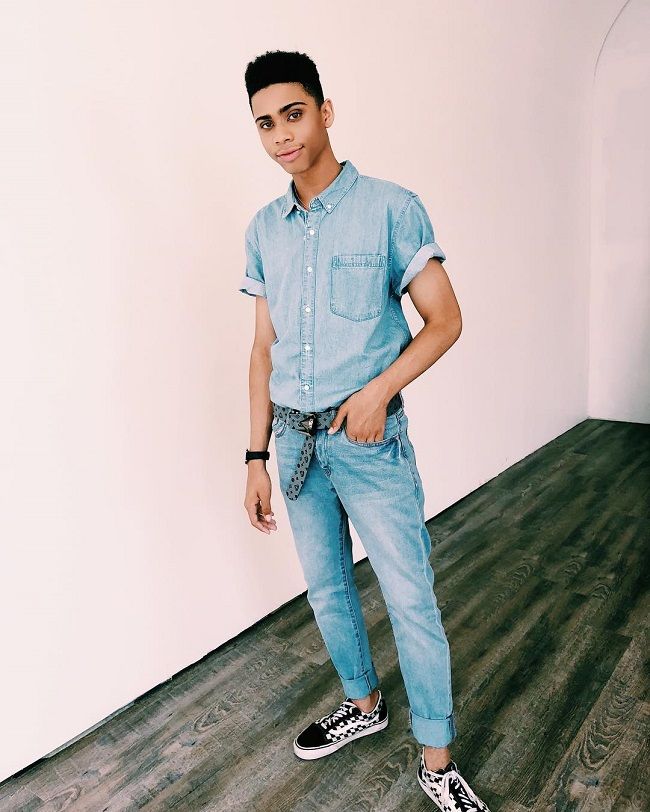 Bryce has managed to accomplish this feat at a very young age. He might earn a very good amount of money. He has not shared the exact details regarding his earnings and net worth. However, some online sources estimate his net worth at around $100k to $1 million.