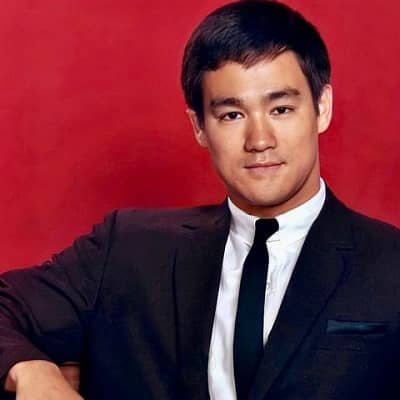 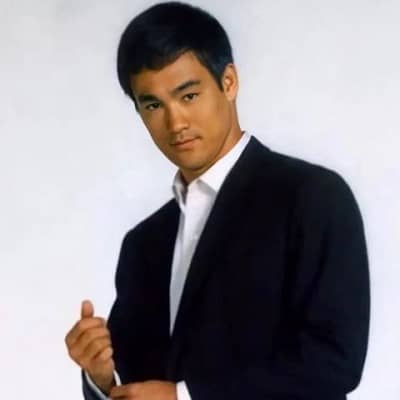 Bruce Lee was an outstanding martial artist, instructor, actor, director, screenwriter, producer, and philosopher. Lee is considered the most powerful martial artist of all time and also a pop culture icon of the twentieth century.

Bruce Lee was born Lee Jun-fan on 27th November 1940 in San Francisco, California, U.S. His nationality is American, he is multiracial, and his zodiac sign is Sagittarius. The name of his parents is Lee Hoi-Chuen and Grace Ho.

Bruce Lee’s father was a Cantonese opera star. His family went to Hong Kong when he was just 3 months old. He had 4 siblings, Agnes, Peter, Phoebe, and Robert.

Despite coming from a wealthy family, he did numerous street fights and gang challenges which made him need martial arts training.

Lee learned the basics from his 1st instructor who was his father. From the age of thirteen, he began taking his Wing Chun training from Yip Man. Later, he also got training from Wong Shun Leung, thanks to his ancestors. 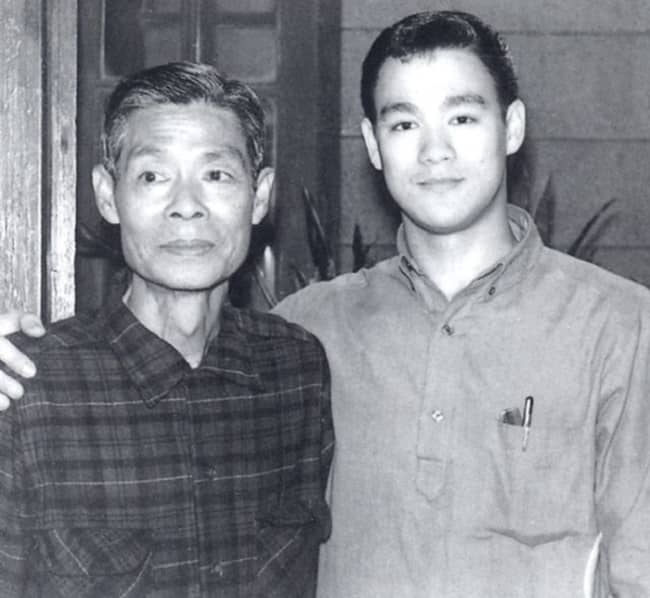 As for his education, he went to La Salle College for his primary education. But due to his poor marks, he got shifted to St. Francis Xavier’s College.

Due to his continued participation in street fights, his parents were extremely distressed by his fierce behavior and wanted him to leave Hong Kong to live a safe and healthy life.

In the year 1959, he was taken to San Francisco due to the same reason. After living in San Francisco for some months, he went to Seattle. There, he got into the Edison Technical School to finish his further studies.

In the meantime, he got the position of a live-in waiter to work in Ruby Chow’s restaurant. He joined the University of Washington in the year 1961 where he majored in the field of drama. Bruce Lee was an atheist.

On 20th July 1973, we lost a legendary martial artist, Bruce Lee at the age of just 32. Before his demise, he fainted in May 1973 and underwent seizures and a headache. Doctors diagnosed him with cerebral edema and were able to keep it under control.

But after some time, it reoccurred, resulting in Lee’s death. At that time, he was admitted to Queen Elizabeth Hospital. It is found that he died because of an allergic reaction triggered by the element meprobamate. His body was buried at Lakeview Cemetery, in Seattle.

Talking about his physical structure, Lee was a very active human with a muscular and strong body. He had an average height of 5 feet 71/4 inches or 171 cm with a suitable body weight of 64 kg or 141 pounds.

Likewise, his chest size was 40 inches, his waist size was 32 inches, and his biceps size was 15 inches. The amazing martial artist regularly did exercises and practiced his amazing martial skills. Moreover, his eye and hair color is black and his shoe size was 9 US.

While he was a baby, he learned to utter monosyllabic words. Bruce Lee’s career had kick-started, owing to his dad’s movie background. He was just 3 months old when he was featured in his 1st movie, ‘Golden Gate Girl’.

After his presentation into the world of theater, his initial years of life were momentous. He is considered to be a born actor whose acting skills got better with each movie. The actor had already done twenty films by the age of eighteen years.

From 1959 to 1964, he quit his acting vocation in order to chase his career in martial arts. Lee began this career being a Kung Fu instructor. After some time, he came up with Lee Jun Fan Gung Fu Institute, his own marital art school in Seattle.

In 1964, he quit college to join James Lee, a well-known martial arts teacher in Oakland. Together, they established another institute, Jun Fan Martial Art Studio in the city.

In 1064, he took part in the Long Beach International Karate Championships, which made him famous for his ‘two-finger push-ups’ and ‘one inch punch’. There, he encountered Taekwondo master Jhoon Goo Rhee and built a good relationship.

Additionally, he performed in the 1967 event. In 1964, he had a private contest with Wong Jack Man, where he was the winner. Though the result of the match was unanimously declared, there are two versions of the proceedings of it.

Lee’s surprising presentation in Long Beach Karate Contest took him under the Hollywood directors’ attention. His 1st time acting as a grown-up was in the 1966 to 1967 television series ‘The Green Hornet’.

From 1967 to 1969, he appeared as a guest in some TV series like ‘Ironside’, ‘Here Comes the Brides’, and ‘Blondie’. During his acting career, he was also working in martial arts.

He found out that traditional martial arts skills were too stiff and that a new method that had qualities of practicality, flexibility, speed, and efficiency required to be invented.

In 1969, the actor was present as a guest in the movie, ‘Marlowe’. But, biasness and lack of main characters made him leave Los Angeles for Hong Kong in the summer of 1971.

While arriving in Hong Kong, he had already signed a 2 movie contracts and they were ‘The Big Boss’ and ‘Fists of Fury’. In the 1972 movie, ‘Way of the Dragon’, he not just worked as an actor but also as the writer, director, and choreographer of the fight parts.

Lee got to work in ‘Enter the Dragon’ in the same year, which was the 1st dual project of Golden Harvest and Warner Bros. It was scheduled to release on 26th July 1973 but only 6 days before its premiere, he died. On the other side, the movie made him considered a ‘hero’ in the West.

As for his further achievements, Lee’s name was on the Time Magazine list of ‘100 Most Influential People of the 20th Century’. He was honored with the significant Founders Award at the 2013 Asian Awards.

In the same year, a statue of him was made and disclosed in Los Angeles’ Chinatown. The statue is 7-foot tall and was made in Guangzhou, China. Moreover, the statue proudly assists as the witness of Bruce Lee’s accomplishments being a martial arts teacher.

In the year 2008, Nokia used its ancient videotape to front-page its online promotion. The automobile huge, Mazda did a similar thing in the year 2013 for their television commercial.

But, when the whiskey brand, Johnnie Walker brought out their new television advertisements, it brought out some controversies. In the advertisement, they showed revived Lee (revived from childhood videotapes). These are the only brand endorsing that contains Bruce Lee. 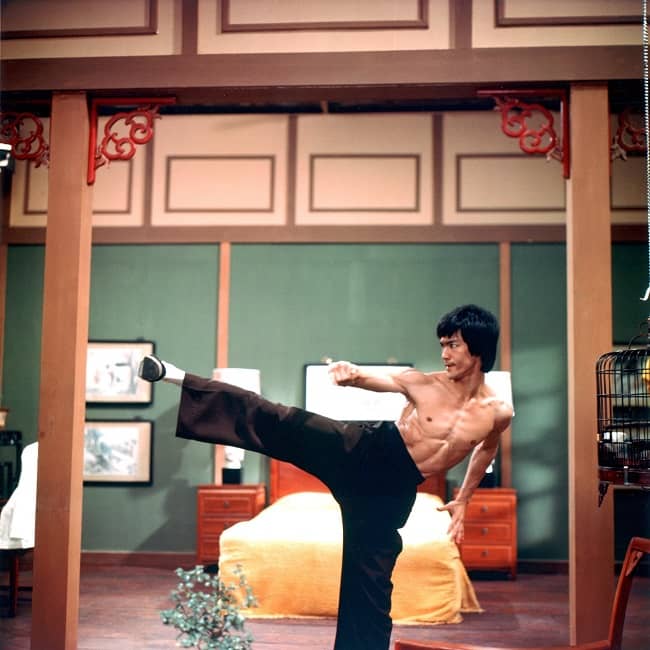 The amazing martial artist obviously was making an amazing amount of money from his multiple careers. His income sources are from his acting career, martial art career, director, writing, and many more.

The estimated net worth of Bruce Lee at the time of his demise was $10 million. His last movie made about $200 million globally. Furthermore, his home in Hong Kong is declared to be conserved and turned into a tourist place by philanthropist, Yu Pang-lin.

Lee met his wife, Linda Emery at the University of Washington while they were studying there. His wife at that time was a fellow student who wanted to become a teacher.

Their wedding took place in August 1964 secretly as relations between people of dissimilar races were forbidden there. They are the parents of their 2 kids, Brandon Lee and Shannon Lee. 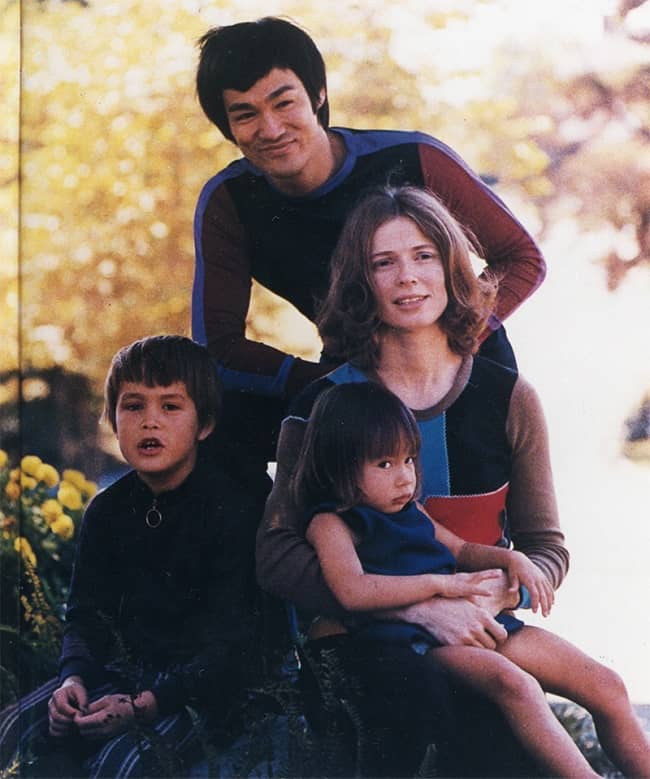 Coming to the social media part, there are obviously several accounts made for the legendary martial artist. However, he did not get any chances to use them all by himself. But those accounts are obviously handled by someone responsible now to keep him among the world.