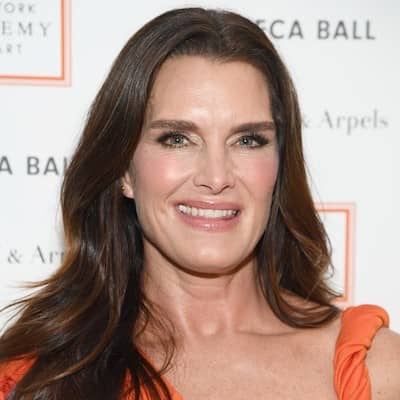 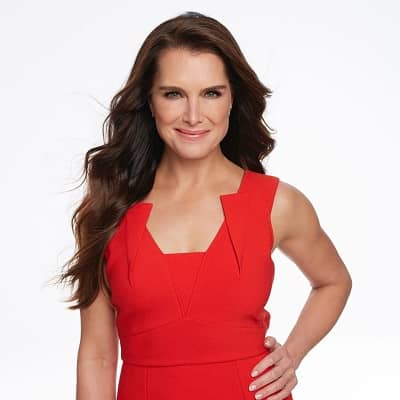 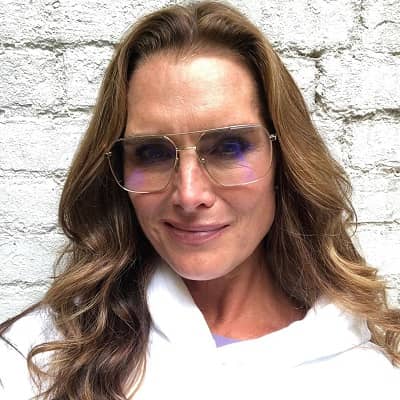 Brooke Shields is an American actress, author, and model. Thanks to the kind of films Brooke Shields took up as a child actress and her glamorous career as a model, she became one of Hollywood’s most iconic personalities.

The talented actress was born on May 31, 1965, in Manhattan, New York, United States. She is an American citizen. Likewise, her age is 55 years and her sun sign is Gemini. The actress was born as Brooke Christa Shields to Teri Schmon and Francis Alexander Shields. Her mother was an actress, while her father was a businessman. In fact, her father’s mother Donna Marina Torlonia was a princess. Her father’s family had ties with the noble families in Italy. Brooke also has four siblings, Christina Shields, Marina Shields, Olympia Shields, and Thomas Gore Auchincloss Jr.

Shields’ parents divorced when she was five months old. Shields lived with her mother. Her mother wanted Shields to become an actress. She had decided that she would go to any length to make her daughter an actress.
Shields started off as a child actress and model. She appeared in her first commercial when she was 11 months old. At the age of 12, Shields appeared in the film ‘Pretty Baby’ where she portrayed a child prostitute. Soon after, she was signed by the ‘Ford Modelling Agency’. In 1980, she was on the cover of ‘Vogue’ magazine as a 14-year-old. She followed it up with a famous advert for ‘Calvin Klein’.

Shields went to ‘New Lincoln School’ in New York City, but later went to ‘Dwight-Englewood School’ in New Jersey; she lived with her mother in New Jersey. She graduated in the year 1983. Shields was a good student. Upon graduating from high school, she went to the prestigious ‘Princeton University’ in New Jersey. She studied French literature and completed her bachelor’s degree in 1987. Shields is a vegan and an animal rights activist. However, despite coming out against the fur industry in 1989, Shields later went on to create her own mink fur coat at Kopenhagen Fur. 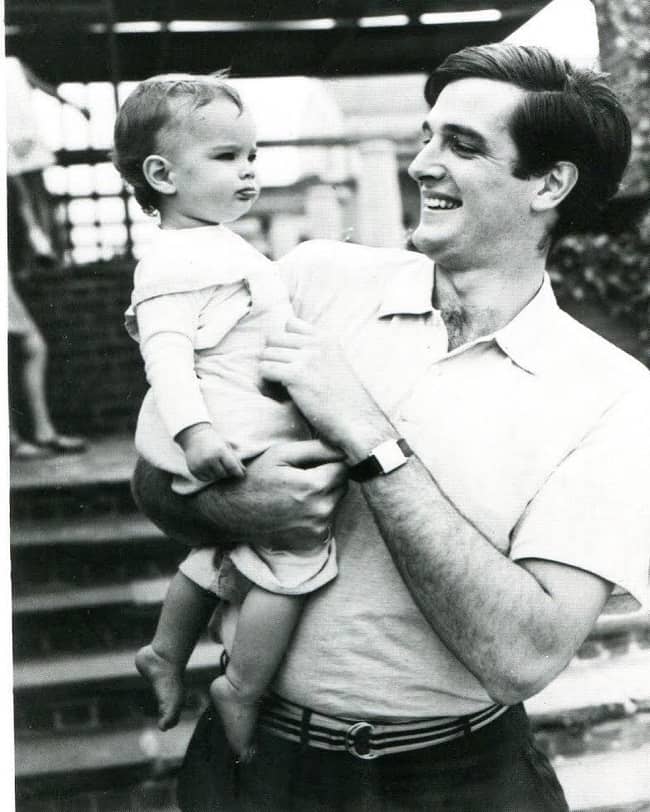 Brooke Shields is one of Hollywood’s most famous stars. It must be said that the movie ‘Blue Lagoon,’ which released in 1980, broke new ground in the American film industry. The movie is one of the greatest accomplishments in Shields’ film acting career. During her teenage years, she became one of the most sought-after models apart from appearing in films and TV series. She was often working in many leading magazines and is now a part of several marketing campaigns of popular brands. After successfully transitioning from a teenage star to an adult actress, Shields went on to establish herself as a popular TV star. In the 1990s, Shields promoted physical fitness as an extension of femininity, maintaining that femininity and athletics are compatible.

Her portrayal of a child prostitute named ‘Violet’ in the film ‘Pretty Baby’ raised a furor. The following year, she starred in another film titled ‘Wanda Nevada’. The film, which was directed by Peter Fonda, narrates the tale of ‘Wanda’, played by Shields, and her dreams of singing at the ‘Grand Ole Opry’. Along with acting in movies, Shields went on to become a well-known model by the time she was a teenager. In 1980, she starred in the film ‘Blue Lagoon’ which remains the most famous movie in her career. The film made her an overnight star. In 1981, Shields starred in a romantic film titled ‘Endless Love’. The film was successful and Sheild become one of the most recognizable faces in Hollywood.

Additionally, in 2012, she was also in the American genealogy documentary series ‘Who do you think you Are?’ in which it was revealed that she is a distant cousin of King Louis XIV of France. She has appeared in many television shows like ‘The Michael J. Fox Show’, ‘When Calls the Heart’, ‘Law & Order: Special Victims Unit’, ‘Jane the Virgin’, and ‘Murphy Brown’. She is a spokeswoman for Tupperware’s ‘Chain of Confidence SMART Girls’ campaign, a program that teaches girls to nurture their mental and physical well-being. 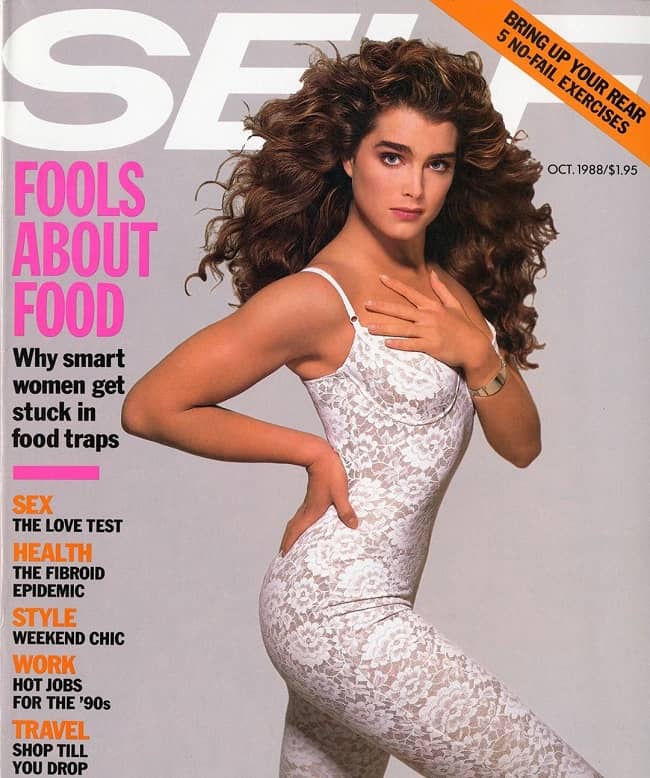 Caption: Brooke Shields on the cover of a magazine (Source: Instagram)

Starting from 1981, Brooke Shields was awarded the ‘People’s Choice Award’ on four consecutive occasions under the ‘Favourite Young Performer’ category. One of her finest performances was delivered in the television sitcom ‘Suddenly Susan’ for which she received two ‘Golden Globe Award’ nominations. She was also nominated for two ‘Satellite Awards’ for her work in ‘Suddenly Susan.’

Brooke Shields has an estimated net worth of $25 million. Her remuneration at the age of 16 was $10000 per day. She has been earning this all amount of money from her profession as a successful and very hardworking actress, author, and model.

Brooke Shields had a string of relationships with many famous men during her teenage years and early 20s. She had relationships with the likes of Liam Neeson, George Michael, Prince Naruhito, John Travolta, and Dodi Fayed. In the June 2009 issue of Health magazine, Shields related that she lost her virginity at age 22 to actor Dean Cain while they were dating at Princeton. She said it would have occurred earlier had she had a better self-image.

Shields has been married twice. On April 19, 1997, she got married to tennis ace Andre Agassi, but the marriage ended in divorce two years later in 1999. Following her divorce from Agassi, she got married to a television writer Chris Henchy in April 2001, after they had met through mutual friends in 1999. They have two daughters and live in Greenwich Village, Manhattan, New York City. 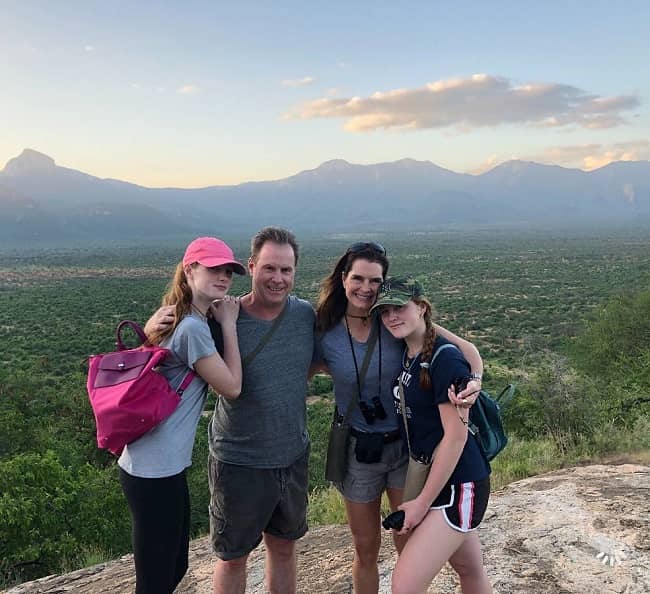 Though she started her career as a child model and actress, she ended up landing controversial roles early in her career; her role as a child prostitute at the age of 12 garnered widespread notoriety. Between April and May 2005, Shields spoke to magazines and appeared on The Oprah Winfrey Show to publicize her battle with postpartum depression, an experience that included depression, thoughts of suicide, an inability to respond to her baby’s needs, and delayed maternal bonding. The illness may have been triggered by a traumatic childbirth, the death of her father three weeks earlier, stress from in vitro fertilization, a miscarriage, and a family history of depression, as well as the hormones and life changes that were brought on by childbirth.

Her book, Down Came the Rain, discusses her experience, contributing to a greater public awareness of postpartum depression. In May 2005, Tom Cruise, an actor, and Scientologist whose beliefs frown upon psychiatry condemned her, both personally and professionally, for both using and speaking in favor of the antidepressant drug Paxil. As Cruise said, “Here is a woman and I care about Brooke Shields because I think she is an incredibly talented woman, you look at [and think], where has her career gone?” Shields responded that Cruise’s statements about anti-depressants were “irresponsible” and “dangerous”.

She said that he should “stick to fighting aliens”, “and let mothers decide the best way to treat postpartum depression”. The actress responded to a further attack by Cruise in an essay “War of Words” published in The New York Times on July 1, 2005, in which she made an individual case for the medication and said, “In a strange way, it was comforting to me when my obstetrician told me that my feelings of extreme despair and my suicidal thoughts were directly tied to a biochemical shift in my body.

Once we admit that postpartum is a serious medical condition, then the treatment becomes more available and socially acceptable. With a doctor’s care, I have since tapered off the medication but, without it, I wouldn’t have become the loving parent I am today”. On August 31, 2006, according to USAToday.com, Cruise privately apologized to Shields for the incident. Shields accepted Cruise’s apology, which she said was “heartfelt.”

Regarding Brooke Shields, she stands 5 feet 11 inches tall. She has a weight of 57 kg. Moreover, her body measurement is 34-25-35 inches and she wears a bra size of 32 B. Being an actress, she has a well-maintained body and a very pretty face. Furthermore, she wears a dress size of 2 (US) and a shoe size of 10 (US). The actress has not done any surgeries and implants like other actresses. Also, she has a pair of green eyes and brown hair.