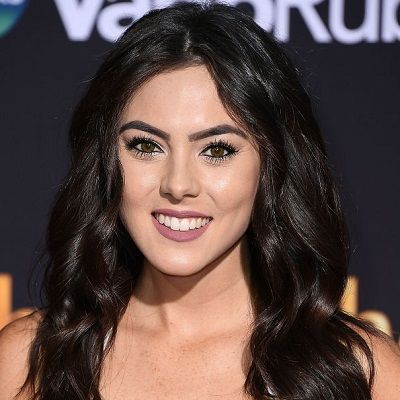 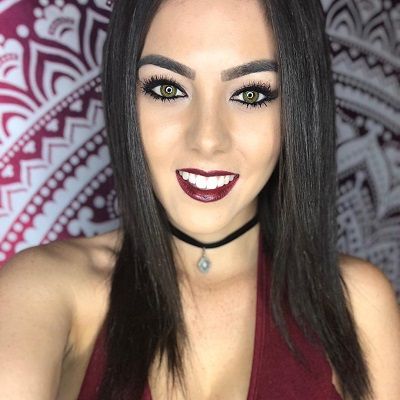 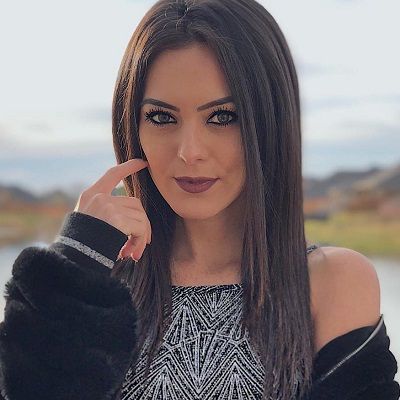 Brooke Bridges is an American TikTok star who has accumulated more than 2 million followers on her popular account. Brooke Bridges also has a self-titled YouTube channel where she has posted vlogs, makeup tutorials, and travel videos.

Her mother’s name is Jackie and she has a sister named Brittany. Currently, she resides in Los Angeles, but she misses being in Texas.

She enjoys traveling a lot. She has said that she received her love for travel from her mother who worked as a travel agent in one of her Youtube videos. Brooke also loves to attend concerts.

Though her all-time favorite reality show is ‘Big Brother’ and wishes to perform on the show someday. Further, ‘AMC’s original series ‘The Walking Dead’ is also amongst her favorite TV shows.

Besides that, she enjoys watching football, and her favorite sport is soccer. She even has a crush on social-media star Cole LaBrant.

Besides, she also loves dolphins but is scared of spiders. She has been collecting ‘Hello Kitty’ “goodies” since her childhood days as she loves the Japanese fictional cartoon character from the core of her heart.

She loves warm brownies with vanilla ice cream and mac and cheese with bacon. In addition, she loves collecting footwear, and a pair of ‘Michael Kors’ heels gifted by her mother which is her most favored in the collection.

Moreover, she belongs of American nationality but has not mentioned her ethnic background.

Moving toward her educational background, she might have already graduated from her University level but has not disclosed her educational institution’s name. She belongs to the Christian religion. 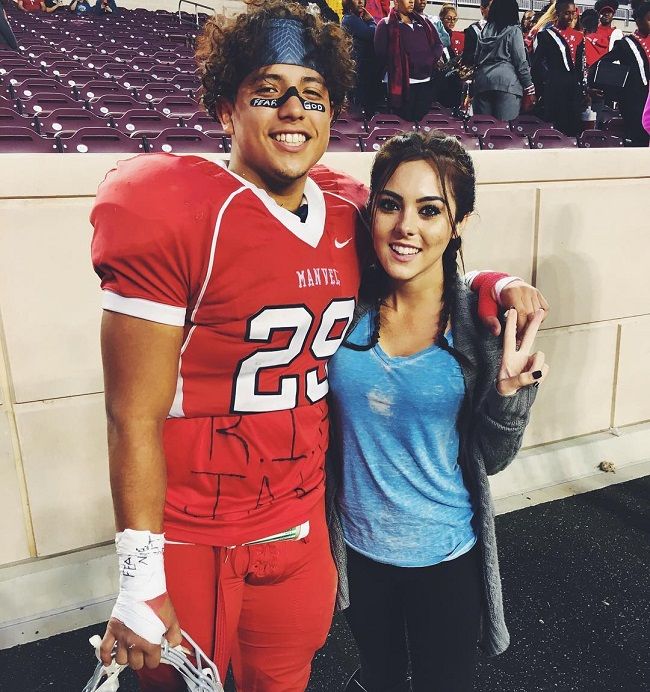 Being a social media influencer, Brooke Bridges is active on media sites, especially on Instagram and Tiktok. On Instagram, she goes by @brooke_bridges handles with more than 68.1k followers.

In addition, she has gained over 12.8 k subscribers on her Youtube channel. She has also provided her email id [email protected] for any business inquiries.

Talking about Brooke Bridges’s professional life, she has made her career through social media platforms. Nevertheless, she started her career at the age of 16, working with ‘Radio Disney.’

She gave continuity to work with ‘Radio Disney’ for the next 5 years. Likewise, she along with her friend Selena Montrone previously uploaded a YouNow stream called Brooke_and_Selena.

Similarly, she also launched her self-titled ‘YouTube channel in July 2006 and posted the first video titled “THE JONAS BROTHERS SING TO ME!!!.” Her first video smashes a hit with more than 418k views.

She felt so special while sitting on the stage and got to hear Jonas Brothers singing for her. Further, her channel entertains with a variety of content, such as challenges, tag videos, Q&A, DIYs, hauls, and travel vlogs.

She has even featured her sister and mother in a few of the videos on her channel.

Likewise, she has also collaborated with some of her friends on challenge videos. She previously made a vlog where she gave tips to deal with the threat of bullying.

Despite being on ‘YouTube’ for a very long time, she has uploaded very few videos. As a result, she has also gained 12.9k subscribers on her channel. However, she is not much active on her Youtube channel and posts videos after a long interval of time.

Additionally, she has created her Tiktok account where she is quite popular on ‘TikTok’ (formerly ‘musical.ly’). She is famous for her lip-sync completion on the app, which has earned more than 29.6 million hearts to date.

Likewise, she has also made a ‘YouTube video that featured her mother learning to create ‘TikTok videos. She seems to be very active in her Tiktok account as she keeps on posting videos within a day’s gap.

However, she has been successful to attract a million os people through her creative and attractive videos.

Further, she also has created an Instagram account, where her astonishing pictures have gained her over 57 thousand followers. She posts her daily lifestyle update over her Instagram handles.

Is Brooke Bridges in a relationship? Who is her boyfriend?

Reflecting on Brooke Bridges’s relationship status, she is single currently. She is unmarried and has not been through a marital affair until now. She is enjoying her single life and focusing on her career right now. Thus, she looks very happy and joyful on her Instagram posts.

However, she keeps on posting photos with her guy friends as well as girlfriends. But she has not opened up about her personal life.

Nevertheless, she might also be waiting for her perfect match to pair up with. Furthermore, she has not been through any controversial acts till now and has maintained a clean profile.

The 30-years-old beautiful Brooke Bridges has a good and charming personality. She stands at a good height and has a perfect body weight.

Likewise, she has a perfect body shape with brown hair and a pair of hazel eyes. Therefore, she has not disclosed her exact height, weight, and body statics. She has a slim body type and seems to do works outs for her fit and healthy body. 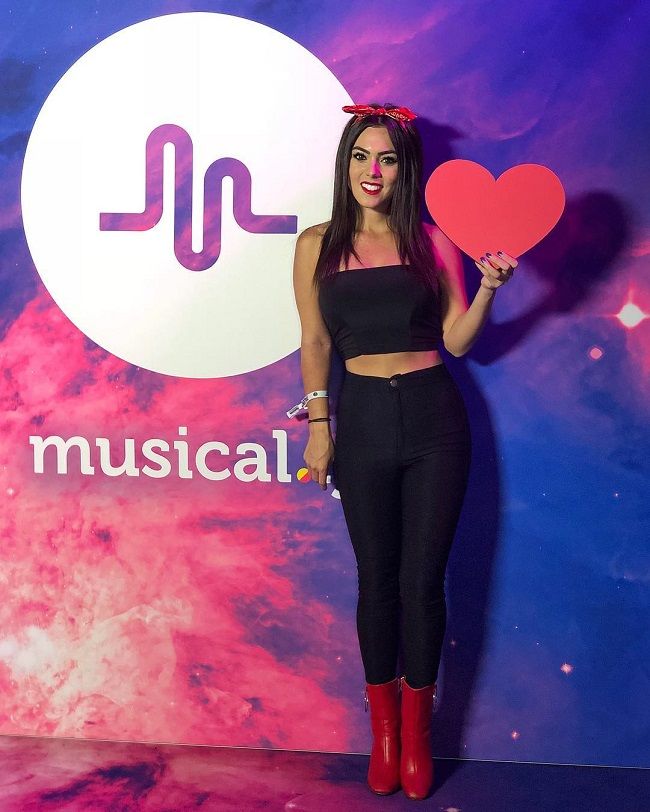 Speaking up on Brooke Bridge’s earnings, she is a rising social media personality who has earned a quite considerable sum of money. She is living a lavish lifestyle on her enjoying her life.

However, she has not officially disclosed her exact net worth as well as an annual salary. But some online resources, Polularbio, have estimated her net worth as around $20 million. Further, she might also earn through her additional work. 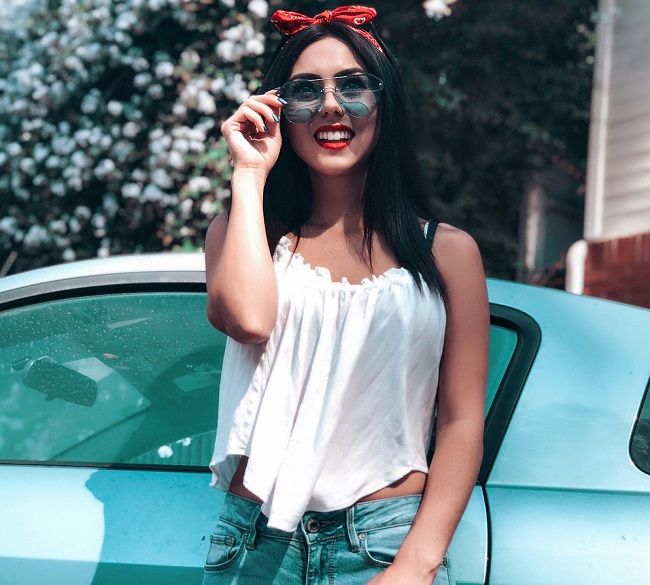