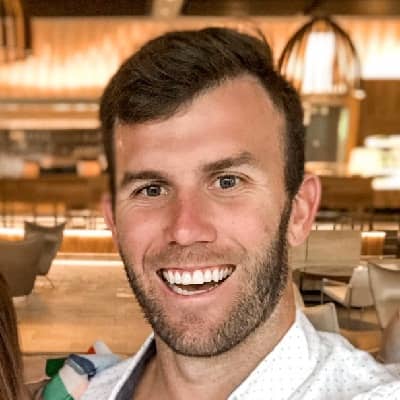 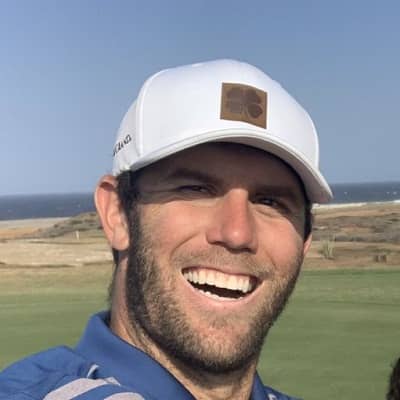 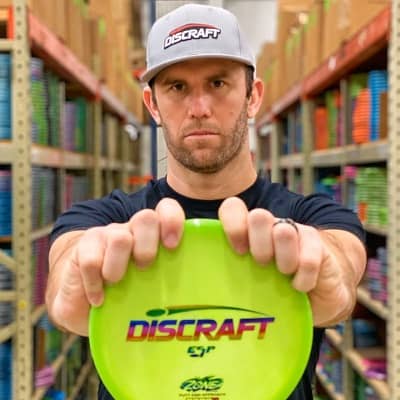 Brodie Smith was born on August 29, 1987, and he is currently 34 years old. He hails from Jacksonville, Florida,
the United States, and his zodiac sign is Virgo. Talking about his family, he has an older sister as well as a brother. Other than this, there is no information about his parents and other family details.

Regarding his educational journey, he attended Nease High School in Ponte Vedra, Florida. After high school graduation, he enrolled at the University of Florida.

Professionally, Brodie Smith is a former American Ultimate Disc League player and YouTube personality, best known for his frisbee trick shot videos. He has won multiple National Championships and set a Guinness World Record. His self-titled YouTube channel has earned over 2.2 million subscribers and he is also popular on TikTok with over 1.5 million fans.

Moreover, he is a 4 Time Ultimate Frisbee National Champion who has switched to Disc Golf. Currently, he holds 6 Guinness World Records. On Youtube, he uploads Disc Golf videos, Course Vlogs, Trick Shots, Tutorials, and much more.

Moreover, he first joined YouTube in the year 2009, with one of his earliest videos featuring defensive strategies for Ultimate Frisbee. Likewise, his YouTube channel frequently features epic trick shots, instructional videos, and other Frisbee highlights. He was also selected to compete in season 28 of The Amazing Race alongside fellow frisbee player Kurt Gibson. Further, he created the Instagram Game Challenge with Olga Kay and MaxNoSleeves. 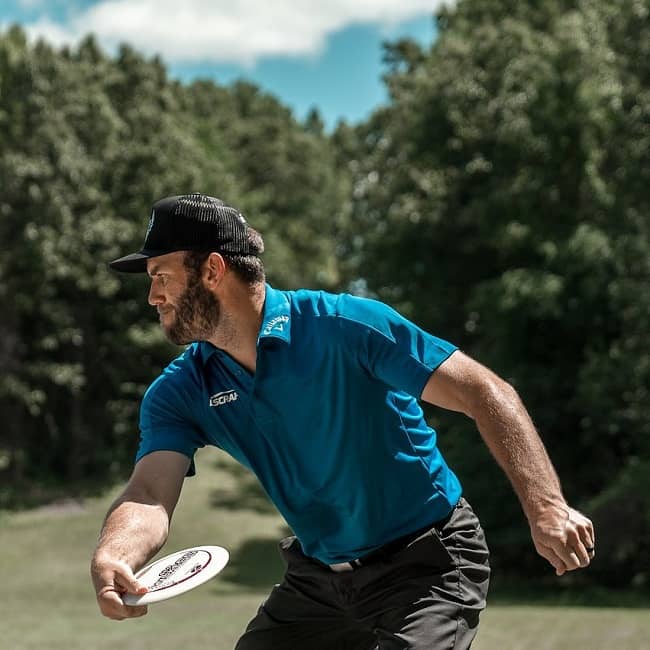 Caption: Brodie Smith is caught in action during a professional game. Source: Instagram

In the spring of 2006, the team won their first National College Championship. In the next year, the team finished 3rd, and in 2008 finished as the runner-up. However, in the year 2009, the team got eliminated from the Regional Qualifier. Nonetheless, in 2010 University of Florida’s men’s team won their second National Championship victory in 5 years.

Smith began playing ultimate professionally with the AUDL playing for the Indianapolis Alleycats in 2011. Later in 2013, he signed with the Chicago Wildfire. However, he then suffered from tearing his ACL and his meniscus. Sadly, he was unable to play in the 2014 and 2015 seasons. Then in 2016, he signed with the Dallas Roughnecks. The next year, he came back home to Florida and signed with the Jacksonville Cannons.

Moreover, he has performed trick shots all over the world. This also includes competing in a Japanese game show, to use his skills to promote awareness for Ultimate as a sport. Some of the videos are uploaded to his account on Instagram as well as on his fan page @brodiesmith21fans. His trick shot videos have also led him onto the national media stage with multiple appearances on ESPN Sports Center’s Top Plays. He has also created several videos together with YouTube trick-shot performers Dude Perfect. 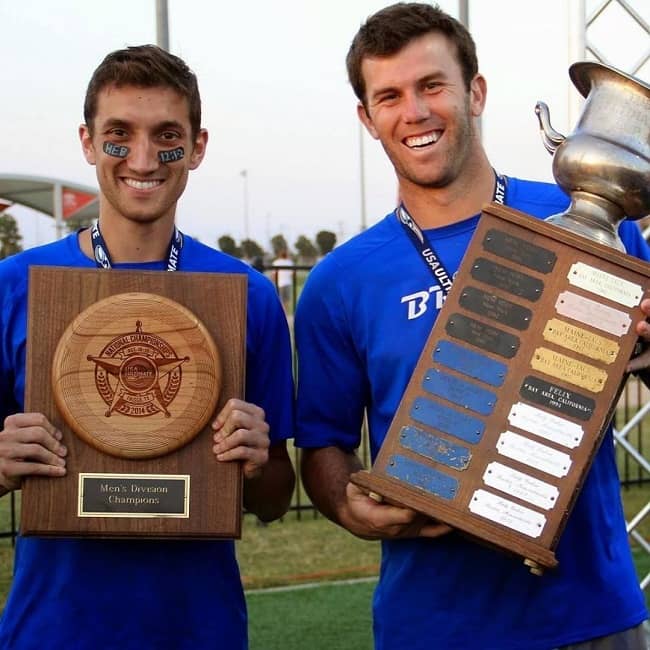 Caption: Brodie Smith and his friend flaunt their achievement after the game. Source: Instagram

Smith gained fame as a premier ultimate player at the University of Florida. There, he won two USA Ultimate College Championships in the years 2006 and 2010. He then went on to win two National Club Championships, first in 2012 with Austin’s “Doublewide”, and again in 2014 with Denver’s “Johnny Bravo”.

He has played professionally with the AUDL’s Indianapolis AlleyCats, Chicago Wildfire, Dallas Roughnecks, and Jacksonville Cannons. Moreover, he then went on to achieve internet fame in 2011 when his Frisbee Trick Shots video became popular on YouTube. As of August 2020, his Youtube channel has over 2.22 million subscribers and 364.4 million views.

Clips of the trick shots have been featured on ESPN’s SportsCenter “Top Plays” segment numerous times and on other major media outlets which also include The Huffington Post. He even has a sponsored line of merchandise produced by DiscStore.com.

Moreover, he appeared in the 28th installment of The Amazing Race alongside Ultimate teammate and friend Kurt Gibson and they finished 5th overall in the show. 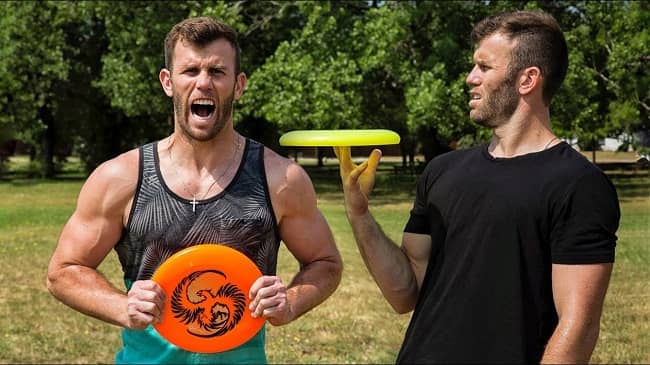 Smith’s first trick shots video, Frisbee Trick Shots, was released in 2011 on YouTube as a compilation video of trick frisbee throws around Gainesville, Florida, and the University of Florida campus. In the video, he is seen completing throws into trash cans and other targets in increasingly difficult situations. In the final shot, he is throwing a disc into a trash can from the top of the University of Florida football stadium.

Brodie Smith is a married man. He is married to Dallas cheerleader Kelsey Lowrance in the year 2019. Going into more detail, he proposed to Kelsey, his then-girlfriend, on 6 April 2018. They had their wedding on 3 March 2019. Both Kelsey and he feature each other in adorable posts on their respective accounts. Before Kelsey, he dated Jacie Scott. 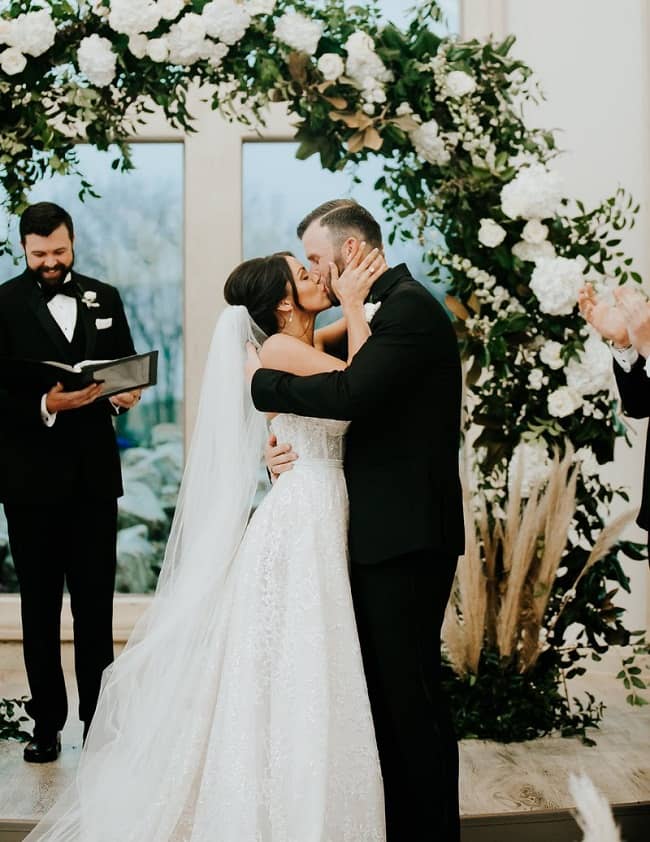 Brodie Smith stands tall at a height of approximately 6 feet 5 inches or 1.95 meters and weighs approximately 78 kgs. Other than this there is no exact information regarding his other body measurement details like his chest-waist-hip measures, dress size, shoe size, biceps, etc. He has brown hair and eyes of the same color.

Talking about his social media presence, Brodie Smith joined Twitter in May 2010 and so far has over 900.4K followers. Likewise, he goes by @brodiesmith21 on all social media platforms. On Instagram, he has shared 1,466 posts and earned over 976k followers at the time of writing this biography.

Moving on, he has a net worth estimation of approximately $1 million to 5 million dollars. He might earn through his Youtube videos and also appearing on shows and competing in games. His Youtube channel alone is worth over 144,000 dollars.