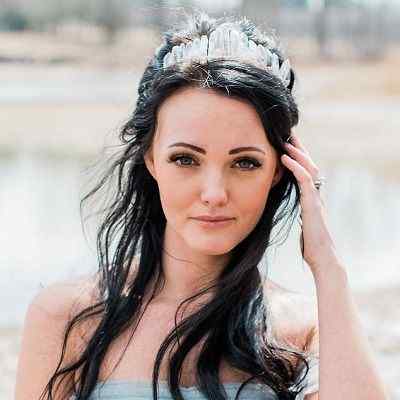 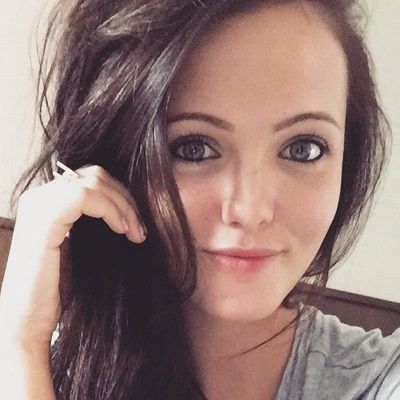 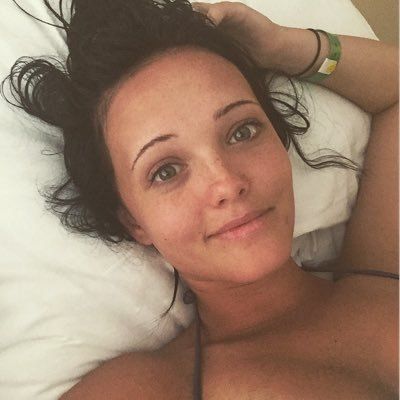 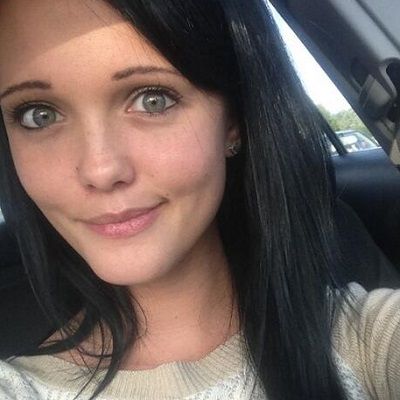 Brittney Smith is a popular American social media star and a famous Youtuber from the United States. Brittney Smith is widely known for her appearances on numerous vlog videos. She is the wife of renowned Youtube phenomenon, comedian, and prankster Roman Atwood.

Brittney Smith was born on 16 February 1991, in Ohio. She is 31 years old and her zodiac sign is Aquarius. Her parents split up when she was young and her father got remarried. S

he shares a beautiful relationship with her parents; she loves her father especially and recalls the best time of her life as fishing with him. In 2009, she graduated from Lakewood High School in Hebron, Ohio.

Brittney also shares a good rapport with her stepmother. She had a rough time during high school and maintained a gothic style. After high school, everything fell into place when she got a job. She has a sister named Veronica Smith.

Furthermore, she loves cars and her dream car is a Mercedes G Wagon. However, Brittney often gets car sick and therefore prefers to drive. She enjoys watching movies and her favorite actor is Adam Sadler. 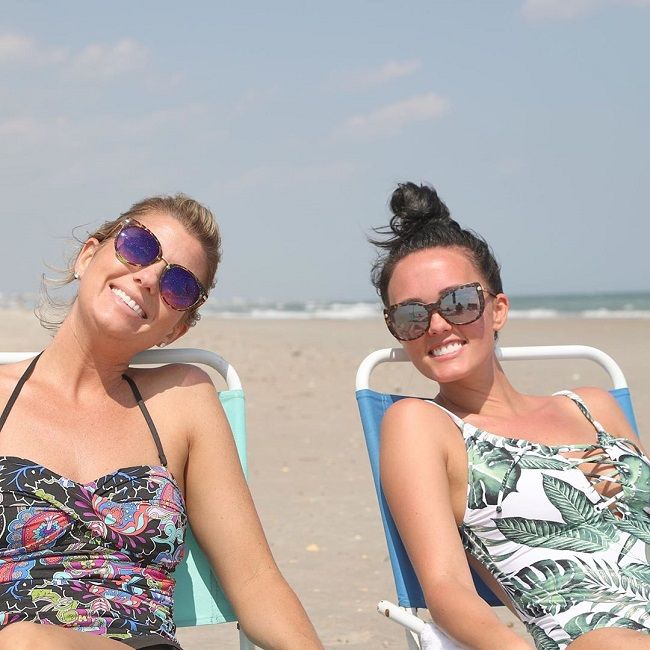 She is mostly seen on their family’s YouTube channel ‘Roman Atwood Vlogs’ which has amassed over 15.3 million subscribers. Moreover, Brittney is available on Snapchat under the username ‘little_brittney’.

Brittney has been shown a lot of hate from many of Roman’s female fans who have even gone to the extent of calling her a “gold digger.”

But what people don’t know is that she has been in love with Roman since the time he wasn’t even on YouTube. She has never replied to such hateful comments and prefers to ignore them.

As she has been with her husband through thick and thin, she doesn’t feel the need to justify such negative remarks. This is what makes her special, as she is very loving and humble.

She has dedicated her life to her children and family. More importantly, she has been a very supportive and loving mother to her stepson Noah, who is from Roman’s first marriage.

Brittney Smith is the wife of the YouTube phenomenon Roman Atwood who can be seen on Roman’s vlogging channel.

Brittney was just a regular girl when she met her Roman in 2008 and began dating him. After she completed high school, she began working as an assistant for a dentist.

At the same time, she got pregnant with her first child. To look after her son, she left her job to raise him and moved in with Roman.

At that time, her boyfriend got lucky and became a huge star on YouTube. Then she also started appearing in Roman’s vlogs. Roman made pranks on YouTube since 2010 and vlogs since 2013.

A prank entitled Killing My Own Kid PRANK!!, which was posted on November 30, 2014, has millions of views. It shows Roman pranking his girlfriend, Brittney, by throwing a mannequin in a Spider-Man costume, believe it was Atwood’s youngest son, Kane, age 4, over the balcony of their 2 story house.

While she runs to the mannequin, she quickly pulls off its mask, realizing it was not Kane, and in fact the mannequin. At this point, she breaks down into tears as Roman enters the room snickering at her.

She then rushes off, but returns when Roman asks her “Are you really that mad?” She then shouts “yes I’m that fu**ing mad”. Brittney then starts shouting at him and tells him he’s “sleeping on the couch”.

Roman’s video ‘Anniversary Prank Backfires’, made Brittney super famous. In the video he plays a prank on Brittney by telling her that he cheated on her, oblivious to the fact that she had seen him set up the camera.

In return, she pranks him by pretending she was hurt and then tells him that she had cheated on him, which he believes.

The video concludes with her revealing that she knew he was up to something and pranked him in return. Brittney helps her husband shoot vlogs and is also busy with her husband’s merchandise management.

Moving towards her earnings and other income sources, she might earn a certain amount of money as being a part of the YouTube channel and also a social media personality.

She has not shared any details related to her earnings and net worth. However, according to Gazettereview, her estimated net worth is around $3.5 million.

In this prank, the location is at the apartment where Roman and Brittney stayed in Los Angeles. After Brittney got out of the shower, it was one o’clock in the morning and he told Brittney he was stressed from the rib cage to the upper thigh. Then Brittney and Roman were about to have oral sex until Roman had a fart cushion and he pretended to fart and Brittney was mad at him. 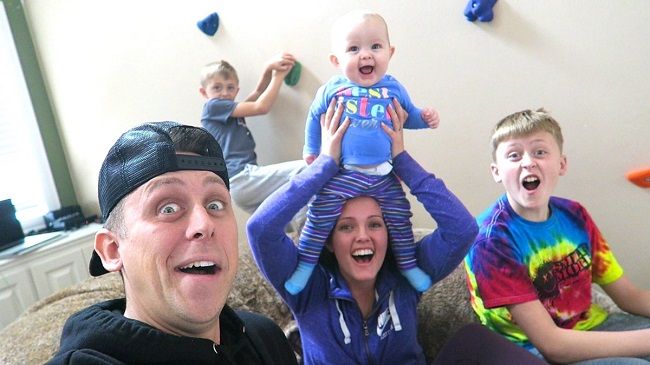 Brittney and Roman Atwood became engaged in April 2018 after nearly 10 years of dating. The two met at the hospital when her sister Veronica was giving birth to the first child with Chase Gilroy. Her sister, Veronica, married Chase Gilroy, Roman’s best friend in 2009.

Moreover, on October 23, 2011, Brittney and Roman had their first child together, Kane Alexander Atwood. She is a stepmother to Roman’s first child, Noah Vaughn Atwood, whom he had with Shanna Riley Atwood.

The couple has two children: a son named Kane Alexander Atwood and a daughter named Cora Atwood. She is a wonderful mother and a loving partner; she has stood by her husband and has seen him rise to stardom.

In September 2018, Brittney had breast implant surgery. The procedure was successful. Moreover, in January 2019, Brittney took a pregnancy that turned out to eventually be negative. 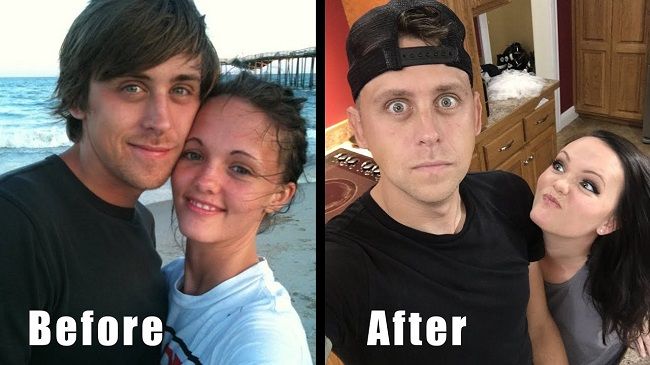 Caption: Before and After picture of Brittney and Roman. Source: When Amusing YouTube videos + News

Brittney has an amazing personality. She has a height of 5 feet 3 inches and weighs around 59 kg. Brittney maintains a very healthy diet and eats healthy food; she also takes care of the diet of her children and her husband.

But at the same time, Brittney has a big weakness for Pizza! Brittney has two tattoos on her fingers, one a heart and the other the alphabet ‘R’ which is the initials of her husband. Brittney has hazel eyes and dark brown hair.