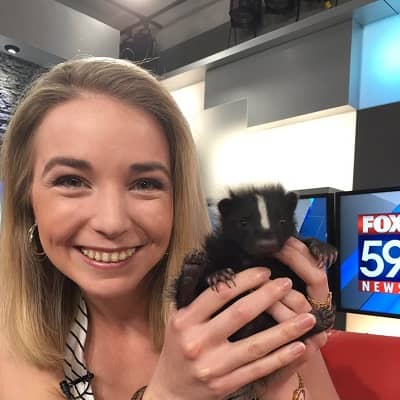 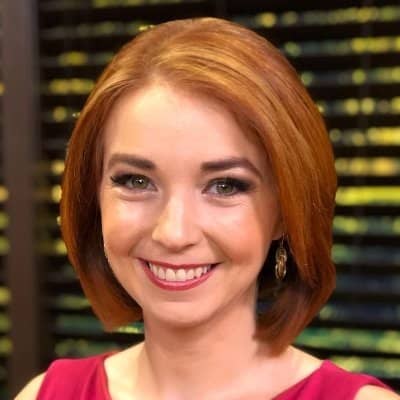 The 34-years-old Brittany Rainey was born on 8th January 1987 in Florida, the United States of America. She grew up in Florida and from a younger age, she had a passion for becoming a meteorologist. From an early age, she was passionate about weather forecasting and use to wake up early so that she could catch the early morning weather news. Rainey found herself fascinated by afternoon hurricanes passing by Florida.

Talking about her family, she has an older sister. Her parents have been together since the 80s. On the occasion of Spouse Day 2017, she shared the old anniversary picture of her mom and dad and warmly wished them. She belongs to American nationality and holds white ethnicity. 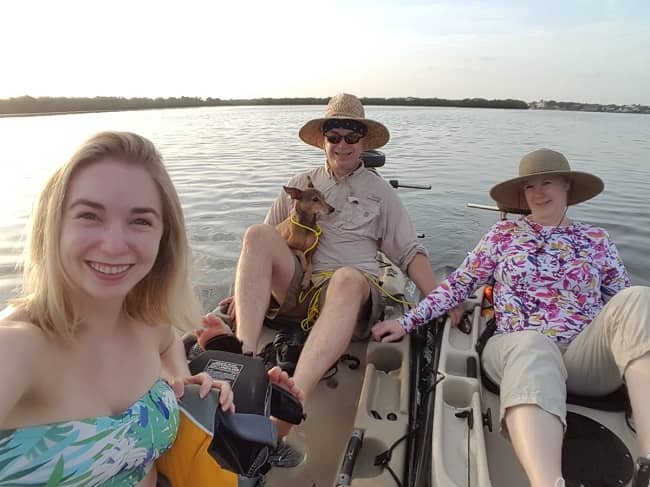 Caption: Brittany Rainey with her family(Twitter)

After graduating, Brittany Rainey worked in Missoula, Montana as a weekend meteorologist. After battling the snow and ice, she moved to Hastings, Nebraska. She worked as a meteorologist for HOAK media at KHAS-TV. There, she started weekend shows but unfortunately, she was promoted to weekday evening shows. After two years, she moved to Huntington, West Virginia, and every weekend, she put together weather forecasts for four different regions.

Then, she moved back west to Tulsa, Oklahoma, the heart of Tornado, and joined Channel 2 covering a huge number of tornados for three years there. She moved to Indianapolis in November 2015 and began working for Fox 59 as a meteorologist. She continued her work as a meteorologist in Indianapolis till February 2018. In the year 2019, she moved back to her home state taking a job at Fox 13. Currently, she spent her time with family and friends. 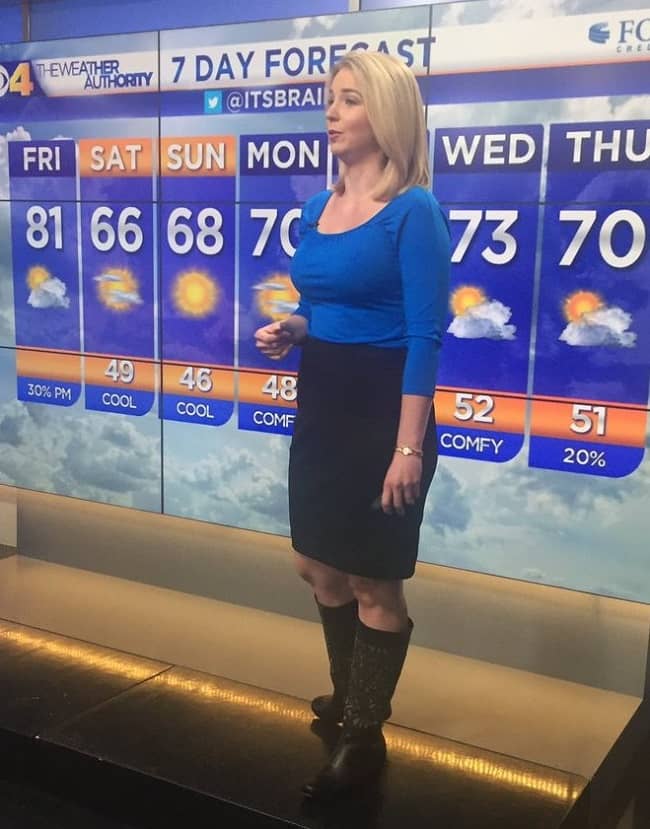 Her million-dollar smile made her famous and she is dedicated to her work. She also worked as a Meteorologist at KHAS-TV Channel 5, HOAK Media Nebraska. KHAS-TV News5. She is one of the illustrations of it whose craze in weather casting allured her to become a successful and renowned meteorologist. She has an interest in meteorology while watching a storm chasing news. She is a pet lover and uploads several pictures of her pets on her Instagram account. In the free time, she loves to bake, stay fit by doing yoga, watch movies, and bike riding around the city.

Rainey is a renowned meteorologist, So she has won the CBM award for her excellent performance. According to other sources, she hasn’t got any other awards and nominations to date.

Brittany Rainey has worked for many news agencies which helped her gain a prominent place in the meteorology forecast department. She has earned money from various stations. Rainey has an impressive net worth. According to multiple sources, a FOX 13 News anchor earns between $68, 478, and $76,267. As of now, her net worth is around $300 thousand. She works for her boosted net worth every year.

Brittany hasn’t shared her personal life despite being a renowned meteorologist. Till now, she has not been spotted with any other guy. She is struggling as a professional woman which might be the reason for her privacy. She is living her life as a single person and away from the media. Currently, she is focusing her life on building her career.

Rainey Stands at a height of 5 feet 7 inches and weighs around 55kg. Brittany looks pretty with her short blonde hair. She has brown eyes which shows her adorable personality. Likewise, she hasn’t given insight into her body figure. Similarly, she looks attractive with a perfect body figure and has won millions of hearts and the attraction of the people.