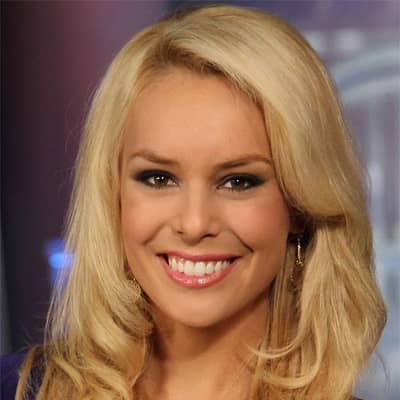 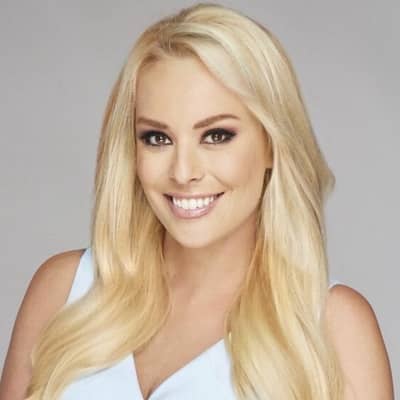 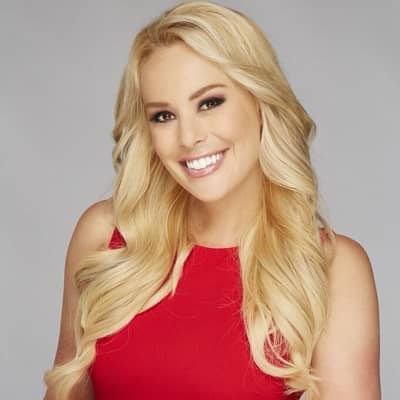 Britt McHenry was born on May 28, 1986, and she is currently 35 years old. Britt hails from Mount Holly, New Jersey, U.S., and her zodiac sign is Gemini. She then grew up in Satellite Beach, Florida. Moreover, her full name is Brittany May “Britt” McHenry.

Talking about her family, her father is the Air Force Lt. Colonel Bill McHenry who flew Blackhawk rescue missions to save 18-year-olds of every race and creed. Regarding her education, Britt graduated from Satellite High School in the year  2004. Britt was a four-year varsity starter for the women’s soccer team. She was also teammates with Ashlyn Harris. Ashlyn is the United States women’s national soccer team goalkeeper. 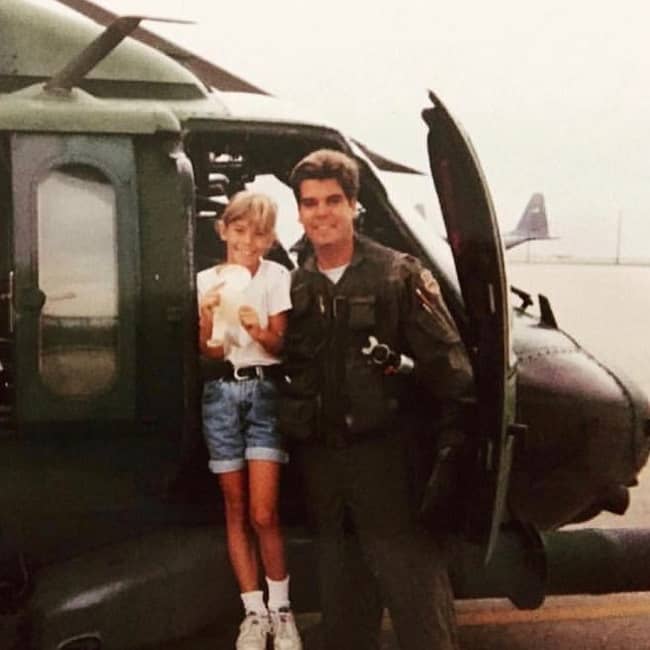 Caption: Britt McHenry in a childhood photograph with her father. Source: Instagram

Britt McHenry is professionally a journalist/commentator. She is famous for previously working for the ESPN network. At present, Britt is a commentator on Fox Nation. It is a Fox News’ 24/7 streaming service. Moreover, Britt also hosts a show on WTTG Fox 5 in Washington, D.C.

Before her career as a commentator and journalist, Britt worked as a model while attending college. She worked for the Wilhelmina Models agency back then. Soon after her university graduation, Brett started off her career working for WJLA-TV, ABC Television’s Washington affiliate, as well as its sister station NewsChannel 8.

There, Britt worked as a sports reporter and fill-in anchor. Two weeks after working at Fox Sports San Diego, the commentator returned to ABC 7. At Fox Sports, she worked as a dugout reporter on the San Diego Padres telecasts.

Then in March 2014, Britt left ABC7 and joined ESPN. At ESPN, Britt worked as a Washington, D.C.-based bureau reporter. Likewise, the reporter also worked as a correspondent for various shows like SportsCenter, Outside the Lines, NFL Live, and Baseball Tonight.

Moreover, on April 27, 2017, Britt announced via Twitter that ESPN let her go with the NFL Draft being her last assignment. Britt was actually a part of a 100-person layoff. This layoff included other personalities like Ed Werder, Jayson Stark, and Jay Crawford. Then in May 2018, Britt shared on her Twitter that she was fired because she was white and paid too much. Furthermore, the commentator has also written columns for The Federalist. 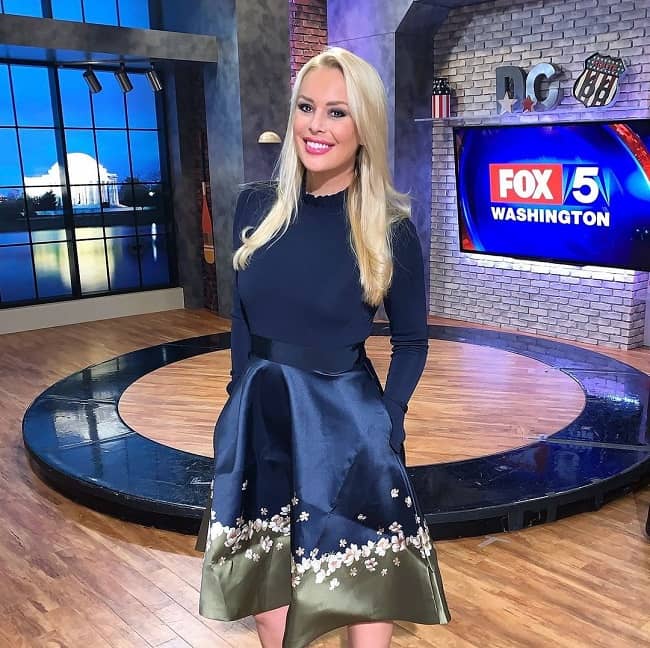 Caption: Britt McHenry posing for a photo at her workplace. Source: Instagram

On April 16, 2015, someone posted a video of Britt McHenry verbally berating and mocking a tow lot employee named Gina Michelle on LiveLeak. In that video, Brett was using foul language on the employee. Later on, Britt apologized via her Twitter stating that she allowed her emotions to the best of her in an intense and stressful moment.

Britt also mentioned that she regrets her actions and would learn from her mistakes. In response to this incident, ESPN suspended her from the network for a whole week. In response to her being suspended, the towing company actually released a statement stating that the company didn’t want to see Britt suspended or terminated as a result of her comments.

Britt McHenry is in a romantic relationship. However, the TV personality has not shared the name of her boyfriend. Nevertheless, Britt frequently shares photographs on her Instagram profile featuring her lover. Britt mentioned her boyfriend most recently in her April 26, 2020, post in which she thanked her family, friends, and boyfriend for being supportive after her surgery to remove the brain tumor on the left frontal lobe. 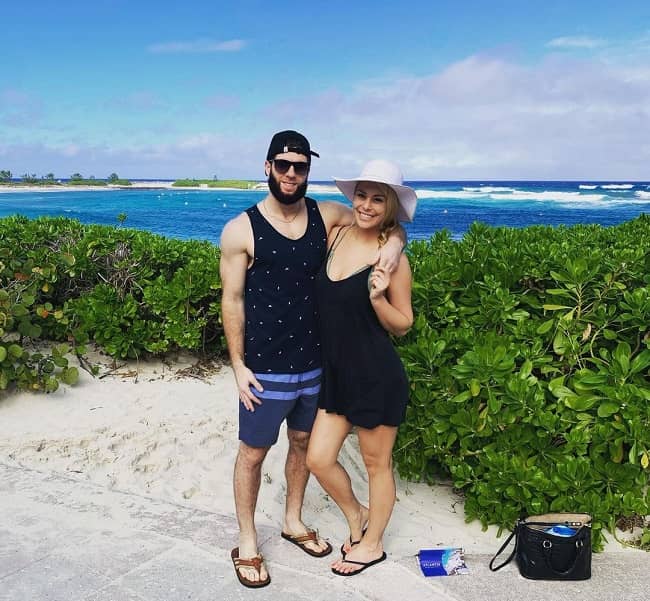 Caption: Britt McHenry posing for a photo with her boyfriend. Source: Instagram

Likewise, on February 27, 2020, Britt shared on her Twitter that she was diagnosed with a brain tumor on February 25. Soon, Britt underwent brain surgery on March 4, 2020. A day before her surgery, Britt shared on her Instagram how she found out that she had a brain tumor. She shared this video so that if people are possibly feeling off, they might be able to check themselves out sooner rather than later. 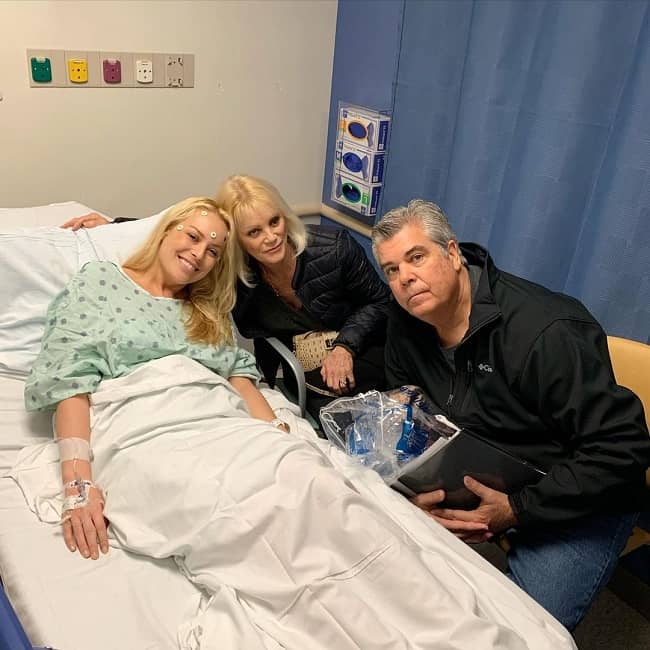 Caption: Britt McHenry posing for a photo with her parents after her surgery. Source: Instagram

Britt McHenry is 5 feet 10 inches or 1.77 meters tall and her weight is around 55 kgs or 120 lbs. Similarly, the TV personality’s chest-waist-hip body measurements are 36-25-36 inches respectively. Britt has blonde hair and brown eyes.

Regarding her social media accounts, Britt McHenry goes by @brittmchenry on both Twitter and Instagram. She created her account on Twitter in July 2010 and so far has over 218.5K followers. Likewise, on her Instagram handle, Britt has earned over 371k followers as of June 2021.

Talking about her salary and net worth, Britt has a net worth estimation of around $1.4 million US dollars and an annual salary of $78,000 to $85,000 US dollars.