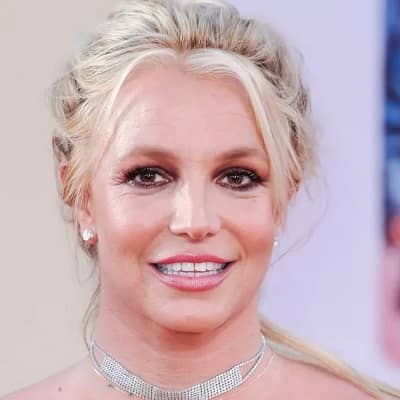 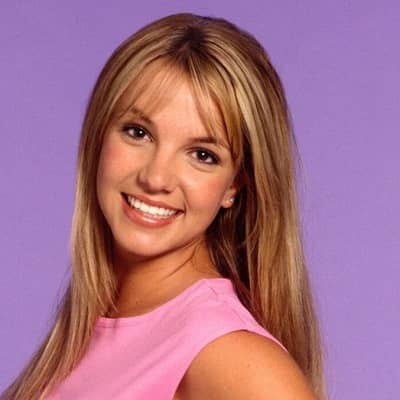 Britney Jean Spears best known as Britney Spears was born on 2nd December 1981, in McComb, Mississippi, the United States of America. As of now, Britney is 40 years old and she is a citizen of the United States. Moreover, she has a zodiac sign of Saggitarius and belongs to the British-Maltese ethnicity. She is a Baptist by religion.

She is the daughter of Jamie Parnel Spears (father) and Lynne Irene Bridge (mother). Talking about her siblings, she has two brothers whose names are Bryan Spears and Jamie Lynn Spears. Her mother took her to Atlanta for an audition for Disney’s ‘The Mickey Mouse Club’ when she was just eight years old in the 1990s. She gets rejected at the time because she was too young.

She and her mother went to New York, where she performed in the musical ‘Ruthless!,’ participated in ‘Star Search,’ and featured in several television advertisements. She auditioned for ‘The Mickey Mouse Club’ again in 1992 and was selected among other kid performers such as Justin Timberlake, Ryan Gosling, Christina Aguilera, and others. After two seasons, the program cancels, and Britney returns to Kentwood.

Talking about her academic career, she studied at Parklane Academy in McComb, Mississippi. Later, she joined ‘The Professional Performing Arts School (PPAS)’ in New York. But, she did not complete her college and she dropped out to pursue a career in singing.

Britney was assigned to work with producer Eric Foster, who reshaped her voice into a more pop style, by the senior vice president of A&R in 1997, and her debut album was produced in Cheiron Studios in Stockholm, Sweden. Her debut album, ”…Baby One More Time” released in 1999 and immediately went to number one on the Billboard 200 list. Its title track debuted at number one on the Billboard Hot 100, and the album went on to become the best-selling album by a teenager.

She featured on the cover of Rolling Stone in a sexual representation in 1999, as her international fame grew. Many people and organizations were outraged, but Spears insisted that there was nothing wrong with it.  ‘Oops!… I Did It Again,’ her second studio album, was released in 2000. It set a new record for the most sales for a solo artist’s first album.

Its title tune did extraordinarily well in Australia, New Zealand, the United Kingdom, and other countries, and she toured in promotion of the album the same year. In 2001, she signed an $8 million agreement with Pepsi and co-wrote the book ‘A Mother’s Gift’ with her mother. Her third album, ‘Britney,’ was released and debuted at the top of the Billboard 200.

Her fourth studio album, ‘In the Zone,’ was released in 2003. She co-wrote and co-produced the majority of the album’s tracks. Over 10 million copies of the record have been sold globally. It included the Grammy-winning song “Toxic.” ‘Greatest Hits: My Prerogative’ was her fourth studio album, released in 2004. Her debut remix album, ‘B in the Mix: The Remixes,’ was released in 2005 and contained a compilation of her biggest songs from throughout her career, as well as a popular rendition of Bobby Brown’s ‘My Prerogative.’ The album went on to sell a million copies throughout the world. In the same year, she starred in the episode ‘Buy, Buy Baby’ on the sitcom ‘Will & Grace.’ 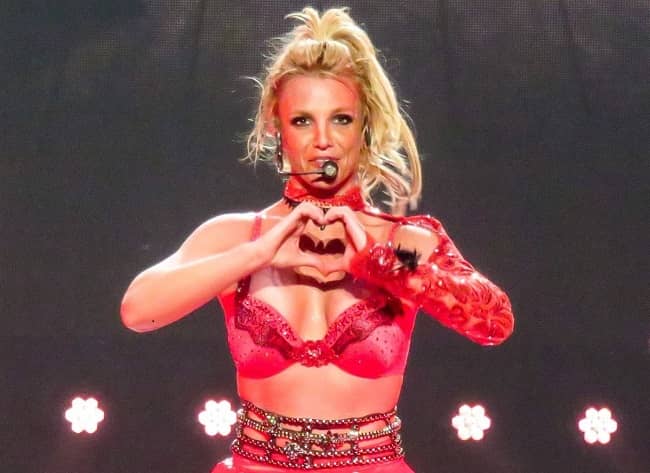 In 2007, she published ‘Blackout,’ which went on to sell 3 million copies worldwide. ‘Circus,’ her sixth studio album, made number one in the Czech Republic and Canada in 2008. She is the youngest female musician to have five albums debut at number one, according to the Guinness Book of World Records. In 2011, her seventh studio album, ‘Femme Fatale,’ debuted at number one in the US, Australia, Canada, and other nations.

In the same year, she went on tour in promotion of her album ‘Femme Fatale,’ which received positive reviews. On December 3, 2013, Britney Jean, her eighth studio album, was released. In September 2013, Britneylaunched her website and released one of the tunes off her upcoming album, ‘Work Bitch.’ ‘OOH La La’ is a song she wrote for ‘The Smurfs 2’.

In 2002, she starred in the Hollywood film ‘Crossroads,’ which did not perform well but received positive reviews from critics. The film shots on a shoestring budget of $11 million and earned $57 million. After that, she appeared in movies such as Austin Powers in Goldmember (2002), Pauly Shore Is Dead (2003), Fahrenheit 9/11 (2004), and Corporate Animals (2019).

Moreover, she won MTV Michael Jackson Video Vanguard Award in 2011. In 2008, 2009, and 2011, she won MTV Video Music Award for Best Pop Video. She won the World Music Award for World’s Best Fan Base in 2014. In 2016, she won the people’s Choice Awards for Favorite Social Media Celebrity and many more awards in her career.

Talking about her net worth, her net worth estimates at around $70 million and she has not disclosed her income and salary in public yet.

Britney Spears engaged her fiance, Sam Asghari in September 2021. Her Fiance Sam is a model by profession. Britney confirmed that she and her fiancé were expecting their child in April 2022. In past, she married her friend Jason Allen Alexander in 2004. After the next 55 hours, she canceled her marriage saying that she did not know what she was doing. 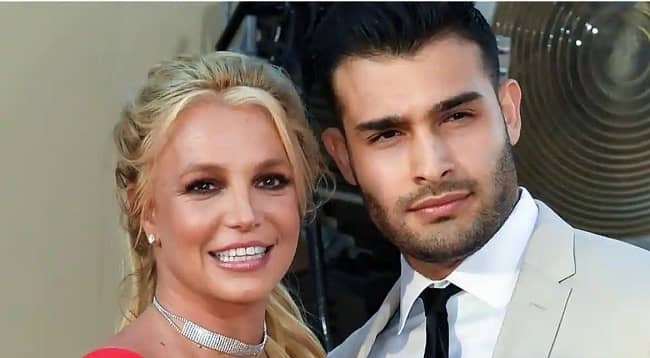 She filed for divorce from her husband in the same year, and they agreed to share joint custody of their two children. She went into a drug rehabilitation program in Antigua in 2007, but just for a day, and the next night she shaved her head at a salon in Los Angeles, which caused a lot of anxiety among the audience because she was thought to be mentally disturbed at the time.
Due to her failing mental health and social status, she lost custody of her children to Federline in 2007. She began dating photographer Adnan Ghalib in the same year. She began dating her agent, Jason Trawick, in 2009, while he was still her agent. Jason quit their business partnership a year after they publicly accepted their relationship to focus on their one. After four years together, they ended things. From 2014 to 2015, she dated TV producer Charlie Ebersol.

She stands at 5 feet 4 inches tall and weighs around 57 kg. Moreover, this singer has light brown eyes and dyed blonde hair color. Her body measurements measure at 35-27-35.