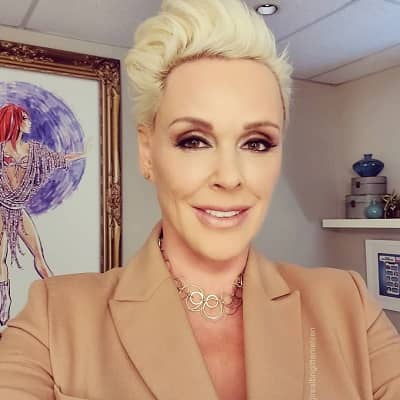 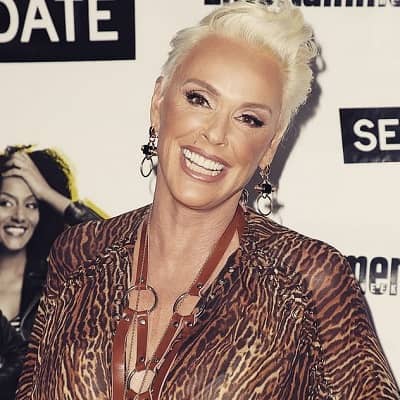 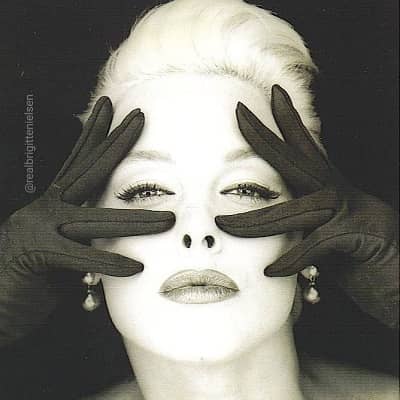 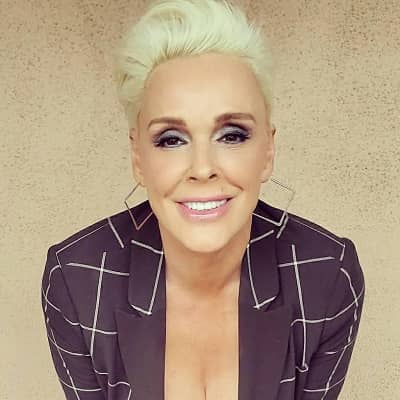 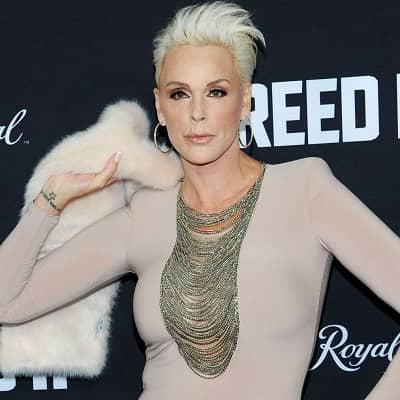 Her real name is Gitte Nielsen, born on July 15, 1963. Her hometown is in Rødovre, Denmark. Presently, she is 58 years old and her sun sign is Cancer. Her parents are Hanne and Svend Nielsen.

Her mother, Hanne is a librarian and her father Svend is n engineer. Moreover, she is fluent in English, German, French, and Italian. Sadly, there are no other details regarding her family background.

Unfortunately, the information regarding her educational journey is also missing. 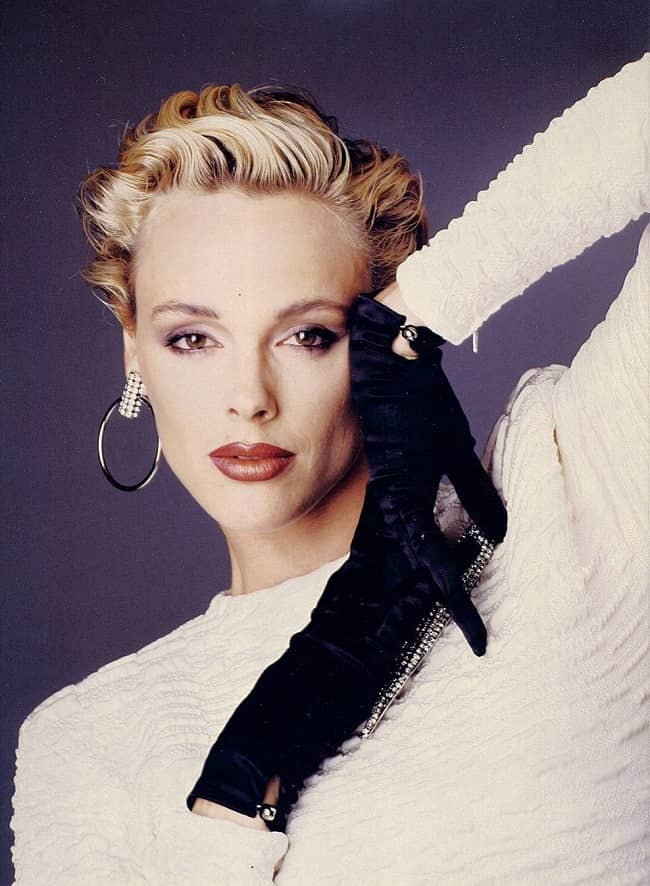 Brigitte is married five times now and has four sons and one daughter. She first married in 1983–84 with Kasper Winding. They together have one son named Julian Winding. Then, she tied the knot with the actor, Sylvester Stallone, on 15th December 1985.

Their marriage lasted 19 months and their divorce finalized in July 1987. Her second child, Killian Marcus Gastineau, was fathered by Brigitte’s ex-fiancé ‘Mark Gastineau’.

Likewise, she was married to director and photographer ‘Sebastian Copeland’. She has two sons with her fourth husband ‘Raoul Meyer’.

The children’s names are Douglas Aaron and Raoul, Jr. She revealed that she was having a one-night stand with ‘Sean Penn’ in Cannes back in the early 1990s. Similarly, in 2005, she had a highly publicized relationship with rapper ‘Flavor Flav.’

Brigitte’s current husband ‘Mattia Dessì‘ lived with her in Italy as shown on ‘Strange Love’. The pair tied their knot on July 8, 2006. Moreover, on 28 May 2018, she declared that she was pregnant with her fifth child.

And, in June, she welcomed her daughter, Frida. Further, in her 2011 book, she revealed having had an affair with ‘Arnold Schwarzenegger’. 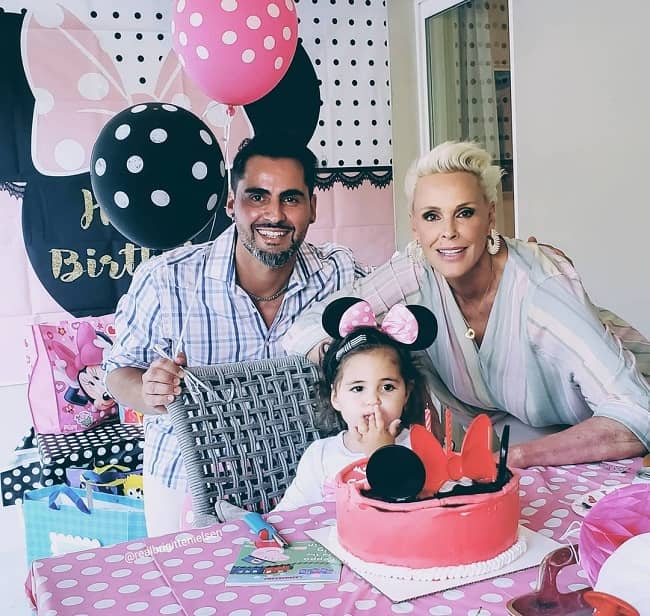 Brigitte is a gorgeous and stunning woman. She has an awesome and amazing personality. She is quite tall measuring 6 feet. Similarly, she weighs around 66 kilos.

She has a stunning body figure and her chest-waist-hip measurements are 41-23-37 inches respectively. Moreover, her dress size is 8 (US). She has a set of dazzling brown eyes and she has blonde hair color.

Brigitte started her career as a model when she was a teenager. At the beginning of the 1980s, she was photographed by Greg Gorman and Helmut Newton. She also posed for Playboy magazine multiple times. Therefore, gaining the cover in December 1987.

In the late 1980s, ‘Marvel Comics’ approached her to pose for photographs dressed as the comic book character ‘She-Hulk’. Moreover, her exploits were well-covered in the entertainment media in the 1980s. And, she was famously known as an “Amazon” due to her tall stature.

Similarly, in the year 1985, she started her acting career in the fantasy film ‘Red Sonja’ alongside Arnold Schwarzenegger. She and Sylvester Stallone were married at that time. And, together, they acted in two films together ‘Rocky IV’ and ‘Cobra’ before divorcing in 1987.

She starred as the villainess of the film ‘Fantaghirò 2’ and ‘its sequels’ (1992–1996). Therefore, her character was supposed to be killed off in the first of these films. But then, brought back due to popular demand.

She also voice-acted in the year 2011 for the movie ‘Ronal the Barbarian’. In the following year, she played in the horror movie ‘Eldorado’.

Moreover, she was featured in many movies including ‘The Key’, ‘Exodus’, ‘Mercenaries’, ‘Creed II’ and TV series ‘Raising Hope’ and ‘Adi Shankar’s Gods and Secrets.’ 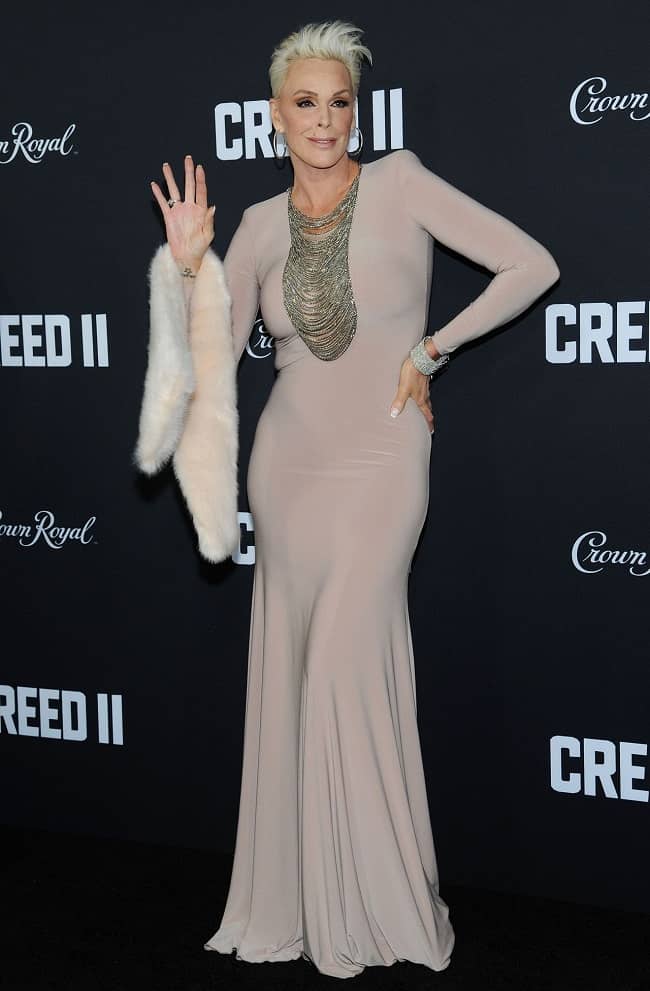 In the year 1987, Brigitte started her music career. She released her debut album ‘Every Body Tells a Story’ that year. Later, she released a follow-up album ‘I’m the One… Nobody Else’, in the year 1991.

Likewise, the “No More Turning Back” peaked at No. 54 on the British Single Charts, reached the Top 10 in Spain No. 63, and even on the Dutch Single Charts.

And, the book reached the Top 5 of Denmark’s bestseller list. Also, it was released in the United Kingdom under the title ‘You Only Get One Life’ in the year 2011.

In the year 2006, she starred in another reality TV series VH1’s ‘The Surreal Life: Fame Games.’

Moreover, she was one of the celebrity contestants of 2010’s ‘Let’s Dance’, the German version of ‘Dancing with the Stars.’ And, the same year, she also took part in Celebrity Come Dine With Me in Denmark and Germany.

Further, from August 2016, she has presented the dating show “Wirt sucht Liebe” for the German TV channel ‘RTL II.’

Brigitte is a famous actress, singer, and model. Her successful career surely has made her rich. However, as per the internet, her net worth is $600K as of 2021.