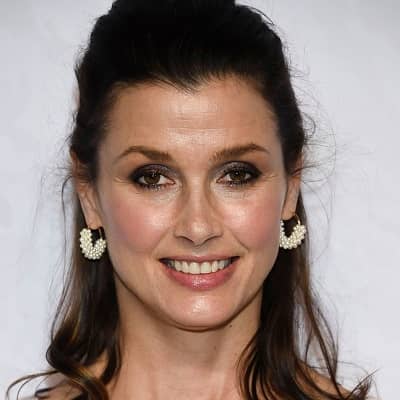 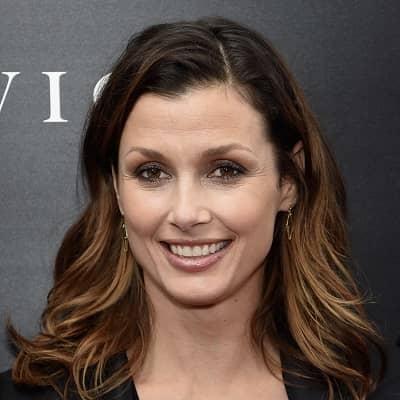 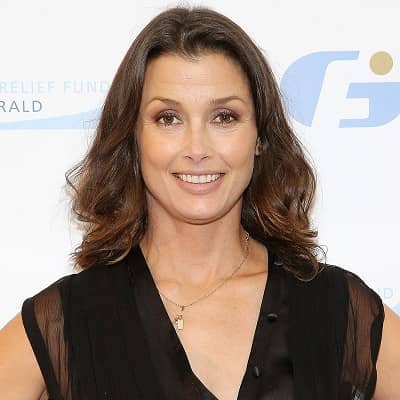 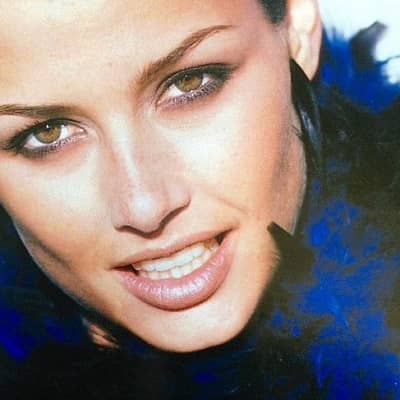 Bridget Moynahan is a prominent American actress. Bridget Moynahan has been in Hollywood since the year 1997 and has appeared in more than 20 films and 6 TV series as of 2021.

Bridget Moynahan was born on April 28, 1971, and is currently 50 years old. She hails from Binghamton, New York, U.S., and her zodiac sign is Taurus. Talking about her family, her parents are mother Mary Bridget (née Moriarty) and father Edward Bradley Moynahan. Likewise, she has two brothers namely Andy and Sean.

Likewise, both of her parents are Irish Americans. Further, her mother was a school teacher whereas her father was a scientist and once an administrator at the University of Massachusetts Amherst.

At the age of around 7 years old, her family moved to Longmeadow, Massachusetts. There, she attended Longmeadow High School. At this school, she was captain of the girls’ soccer, basketball, as well as lacrosse teams. From this high school, she graduated in the year 1989. 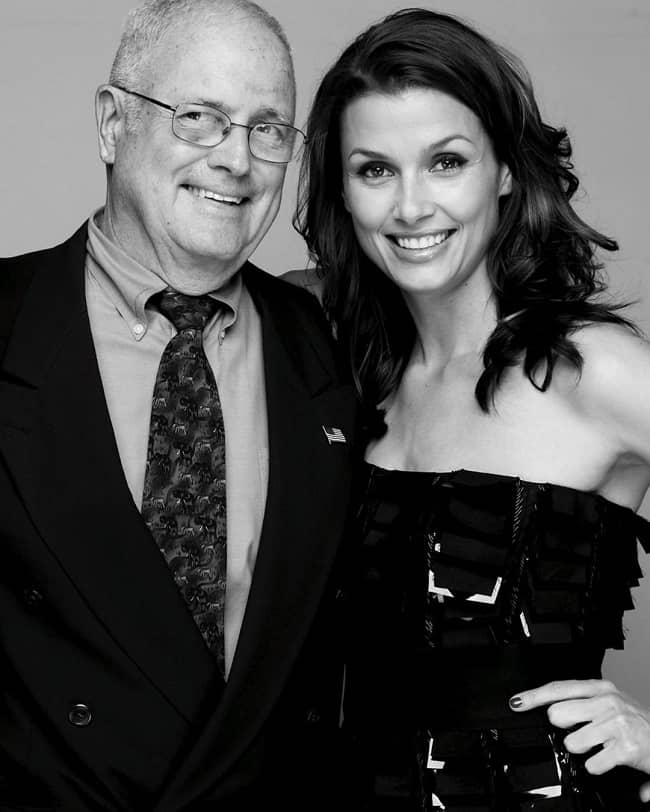 Caption: Bridget Moynahan posing for a photo with her father. Source: Instagram

Professionally, Bridget Moynahan is a famous actress as well as a model. She has been in the entertainment industry since the year 1997 and still going strong. People mostly recognize Bridget for her role in Blue Bloods as Erin Reagan.

Soon after her high school graduation, she pursued a career in modeling. The model then appeared in department-store catalogs and magazines. Later on, she also did a few television commercials. After this, she started taking acting lessons.

Subsequently, she made her TV debut as an actor. It was with a guest appearance in the comedy series – Sex and the City in the year 1999. In this show, she later had a recurring role as the character Natasha. 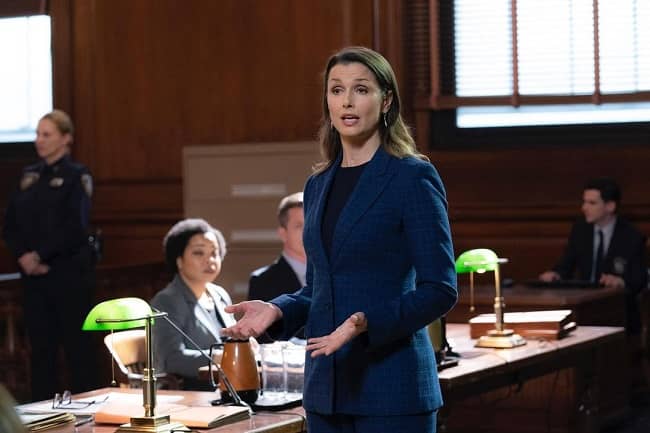 Likewise, she made her feature film debut with the 2000 film Coyote Ugly. In the subsequent year, i.e. 2001, the actress appeared in a supporting role in Serendipity. The American actress also appeared in the films The Sum of All Fears, The Recruit, “I, Robot”, Lord of War, Grey Matters, Prey, Noise, and Ramona and Beezus from 2002 to 2010.

Similarly, in the year 2014, she starred in John Wick and The Journey Home. In the year 2017, the actress appeared in the sequence of the former film, i.e. John Wick: Chapter 2.

Furthermore, the actress also appeared in Six Degrees. It is an ABC television series that premiered in September 2006. However, this series was taken off the schedule. It was after airing only eight episodes. Since September 2010, she is appearing in Blue Bloods. The actress plays the role of an assistant district attorney in the aforementioned CBS drama. 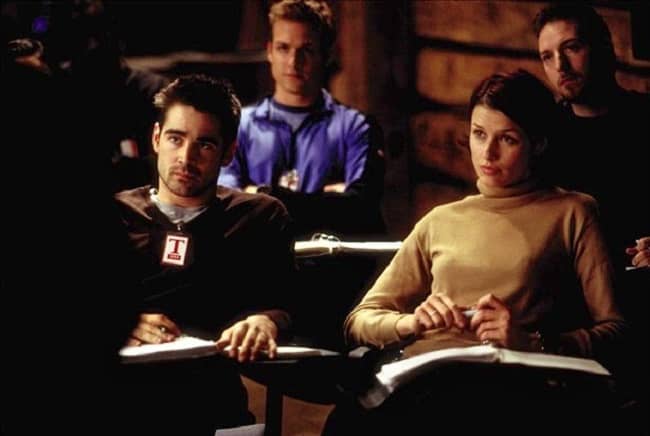 At present, she is in a romantic relationship with Andrew Frankel. Andrew is a businessman. Likewise, Bridget and Andrew tied the knot on October 17, 2015, at a ceremony in the Hamptons. She is the step-mother of Andrew’s three sons from a previous relationship. 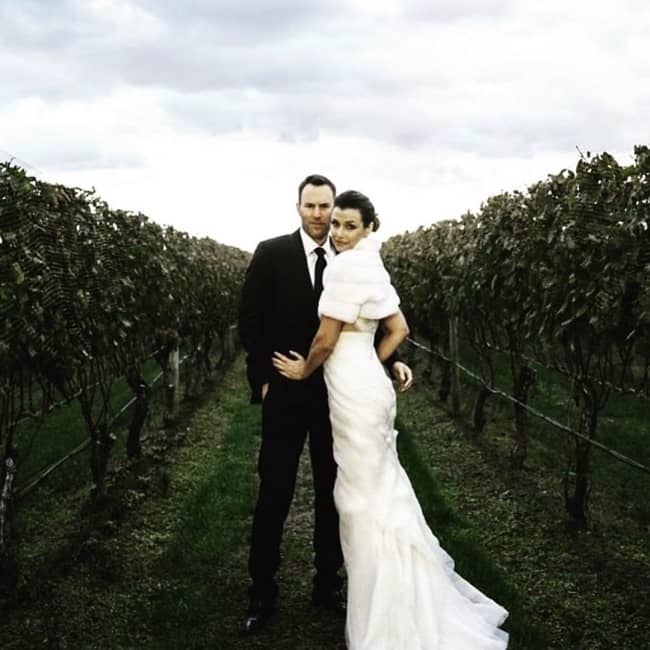 Caption: Bridget Moynahan posing for a photo with her husband Andrew for a wedding photoshoot. Source: Instagram

Talking about her own past relationships, the actress lived with Scott Rosenberg from 2001 to 2003. Scott is a screenwriter. Later on, the actress dated Tom Brady from 2004 until December 14, 2006. Tom is an NFL quarterback and he broke off his 3 years’ relationship with her in December 2006.

Soon, on August 22, 2007, she welcomed her first son and named him John Edward Thomas (Jack) Moynahan. Since the birth of their child, she and Tom have maintained a cordial relationship with each other.

Moreover, in the year 2010, she moved from Pacific Palisades, California, to New York. This was following her confirmation as the character ADA Erin Reagan on Blue Bloods. Soon, the actress started to date director McG in late 2010. 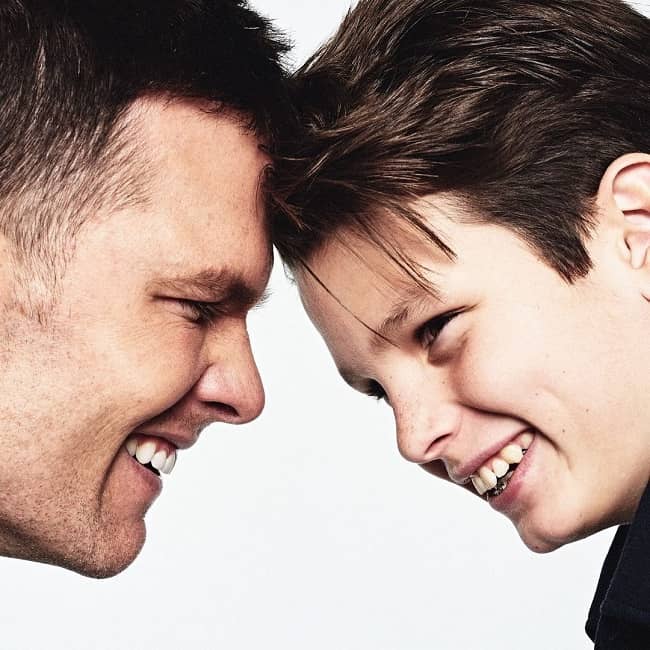 Bridget Moynahan stands tall at an approximate height of 5 feet 9½ inches or 1.77 meters and her weight is around 62 kgs or 136 lbs. Similarly, she has a chest-waist-hip measurement of 35-24-35 inches respectively. Likewise, the Irish-American actress has dark brown hair and brown eyes.

Similarly, the actress has over 329k people following her journey on Facebook. Other than this, she doesn’t have a personal profile on other platforms like Tiktok, Youtube, Twitch, etc. Moving on, she has a net worth estimation of approximately $25 million US dollars as of 2021.