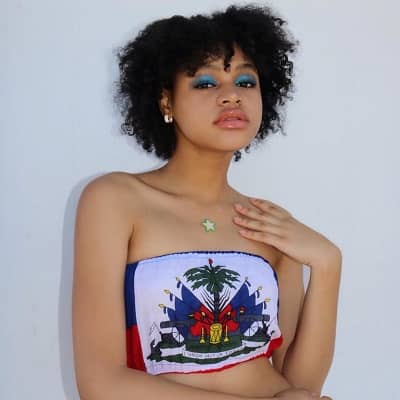 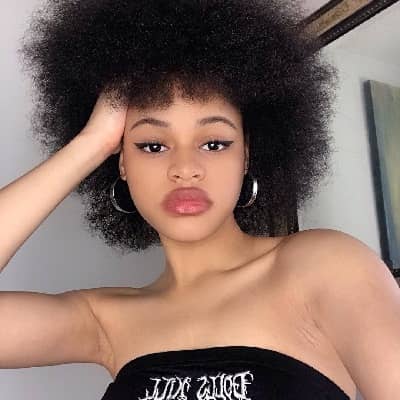 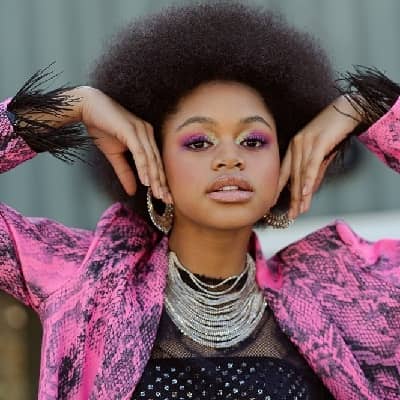 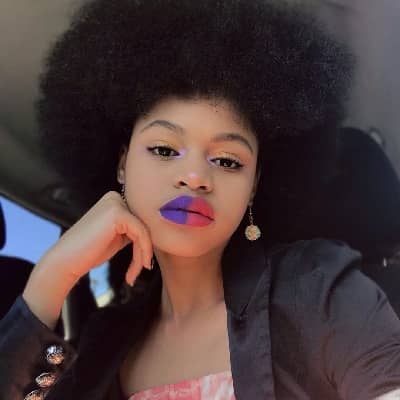 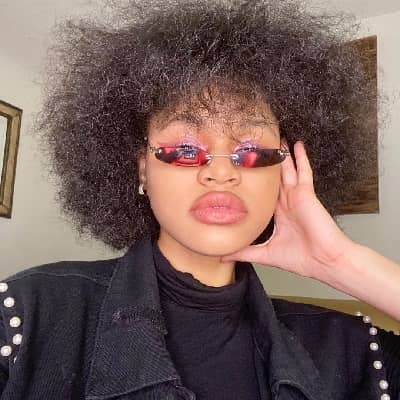 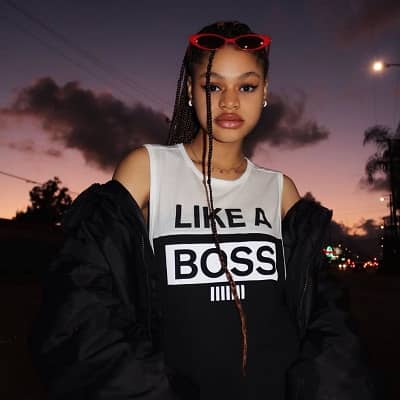 Briana Roy is an American child actress and model. Briana Roy is also a social media influencer who is best known for her role as Nina in the 2014 thriller Reclaim.

Briana Roy was born on August 14, 2005. She is originally from Hollywood, Florida, USA. The present age of her is 16 years and her birth sign is Leo. She is of Haitian descent. Her mother’s name is Marie and her father’s name is Wiener. She has two sisters named Fernelle and Jenasha. Moreover, she has been based in Los Angeles, California.

Roy is close to her sister, Jenasha. According to Briana, her ideal day would include a bicycle ride with Jenasha, followed by a hula hoop contest. Apart from English, Briana can fluently speak French & Creole languages. Moreover, she is also good at cooking and often tries her hand at cooking interesting dishes along with Jenasha.

Briana currently lives in Los Angeles, California, with her pet dog Nicki. Apart from acting, Briana is also interested in poetry and has written a few poems. She takes part in charity events and has volunteered at events organized by ‘Inspire Cali,’ a nonprofit organization. Therefore, she would like to come up with her own charity organization in order to support and help the unprivileged kids of Haiti. 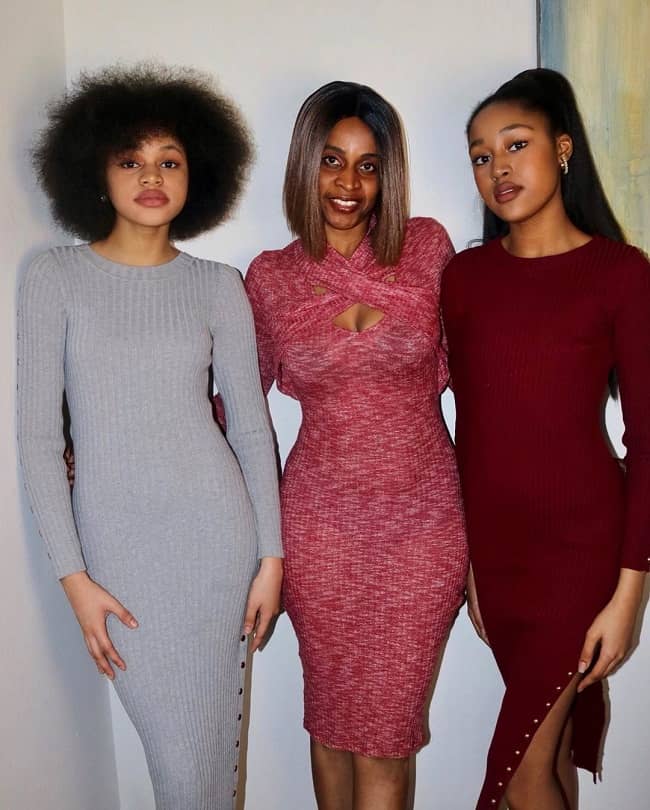 Caption: Briana Roy clicking a photo with her mom and sister. Source: Instagram

Soon after moving to Los Angeles, Briana got several opportunities to feature in both national as well as international commercials. She was seen in various television commercials for brands, such as ‘Kmart,’ ‘Comcast Xfinity,’ and ‘Tide’. Though Briana’s official modeling career started in 2011, she had faced the camera a few years ago, when she appeared in a short film, ‘Bad English’.

The short film was shot in Miami in 2008 when Briana was just three years old. At the age of six, Briana started modeling in Miami, where she was part of several print ads for well-known companies, such as ‘Blue Cross Blue Shield,’ ‘Target,’ ‘Walmart,’ etc.

Briana got her breakthrough acting role pretty early when she was signed to perform alongside actors like John Cusack, Ryan Phillippe, and Rachelle Lefevre in the 2014 drama-thriller film ‘Reclaim’. In the film, she played a shy and reserved Haitian girl named Nina, who loses her parents in the 2010 earthquake that rocked major parts of Haiti.

Before she landed the role of Nina, the makers of ‘Reclaim’ had launched a nationwide hunt to find a suitable child actress to play Nina onscreen. Thanks to her then-manager Tammy Green, who submitted her profile for the role, Briana was finally selected to play Nina after several auditions and screen tests.

Further, in 2016, she became part of Nike’s ‘International Fitness Ad & Video Campaign.’ In the same year, she was seen in singer-songwriter Yuna’s music video titled ‘Crush,’ which also featured world-renowned singer Usher. She then appeared in the popular American talk show ‘FABLife’ along with her sister Jenasha.

In the show, Briana was seen in a segment called ‘Kid DIY Sisters,’ which was hosted by Leah Ashley and Lauren Makk. Briana was also seen in a teen drama television series titled ‘Recovery Road’ in 2016. In the series, she played the younger version of a character named Trish. ‘Recovery Road’ also stars Jessica Sula, Sebastian de Souza, and Kyla Pratt in prominent roles.

Roy made a guest appearance in a season 5 episode of the TV show Recovery Road. In 2016, she was featured in an international Nike ad. She starred in the music videos for “Collide” by Jake Miller and “Crush” by Yuna featuring Usher. Moreover, she also has her own tribe on ‘Shimmur’. 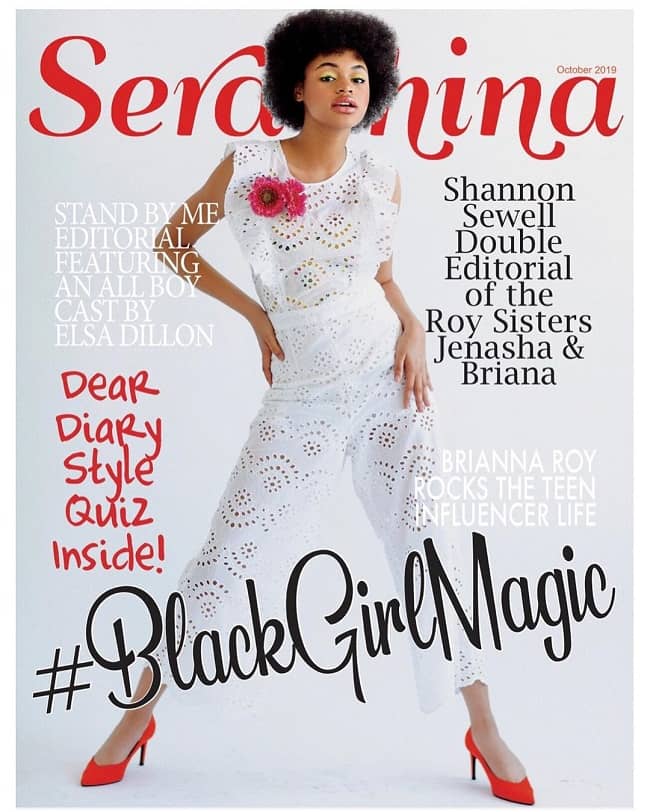 Briana was then seen portraying the lead role in one of Australian rapper Illy’s official music videos titled ‘Oh My’. Roy also got to work with American football quarterback and NFL superstar, Cam Newton. Briana and Jenasha were given an opportunity to shoot with Cam Newton and a bunch of other kids as part of a Nickelodeon project called ‘Real Kids Rule’.

‘Real Kids Rule’ was a non-scripted project, where a bunch of kids was asked to exhibit their respective skills. She appeared in the popular television game show ‘Idiotest’ in 2017. Briana appeared in the show along with her sister Jenasha for an episode titled ‘Kids vs Kids.’ The year 2017 turned out to be a busy one for Briana as she went on to appear in a host of short films, such as ‘Snooze Wakes Up The Planet,’ ‘Sweet Rice,’ and ‘Letters’.

‘Letters’, in which she played the role of Brianna Taylor. There, she went on to win a couple of awards at the prestigious ‘International Independent Film Awards’. In 2018, she played the lead role of Kendra in a web series titled ‘Elle Twelve’. In the same year, she was also seen in Disney’s family sitcom television series ‘Raven’s Home’.

Besides her acting career, she has also stepped into the rapping world.  Likewise, she is also a rapper and has debuted her first single “ Been With It .“ On June 26th,2021, it was out on all platforms. Further, she will be surely continue her journey also as a rapper with her amazing voice.

Briana is apparently single and does not have a boyfriend. She keeps herself busy doing ads and TV shows. However, she has a lot of time to be in a relationship and find her true love. However, as for the future, let’s hope she would get a perfect partner for herself.

Briana is a gorgeous and pretty girl. Her body stats might change for some more years. However, as of now, she stands at a height of 4 feet 11 inches. Similarly, she has a bodyweight of around 40 kilos. She has a fine body figure as of now. Therefore, her body measurements are 29-21-28 inches. Moreover, she wears a bra size of 28A and walks in a shoe size of 5 (UK). Both her eye color and hair color are black. 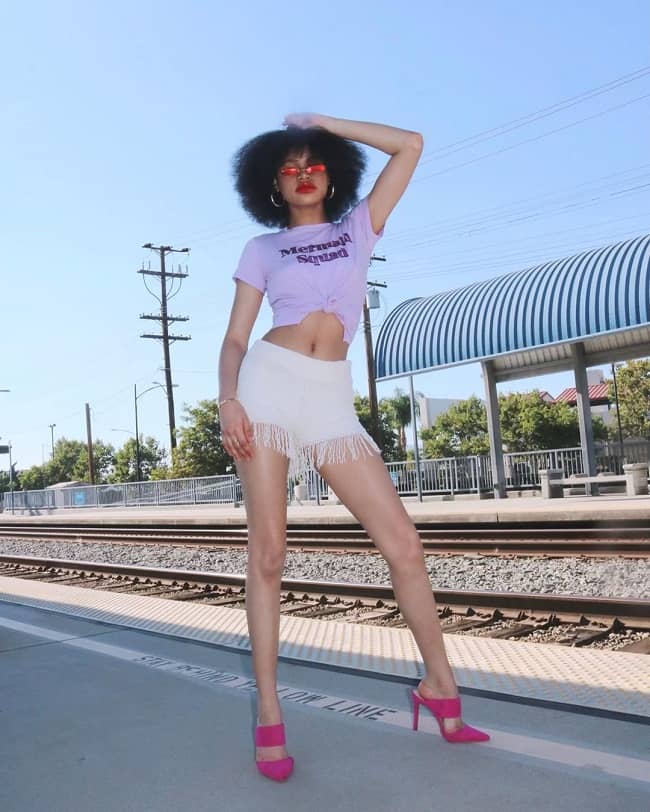 Briana is very active on various social media platforms, such as Facebook, Twitter, and Instagram. While her Instagram account ‘@brianaroy’ has more than 326K followers, her Twitter page has managed to gather more than 333K followers and has gathered over 480K followers. She also owns a YouTube channel along with her sister Jenasha. The channel has gained over 3.9K subscribers.

As of 2022, she has a net worth of around $1 million – $5 million. Her advertisement campaign is the main source of her Net Worth. Besides this, a major portion of her annual income comes from TV shows and other endorsements.