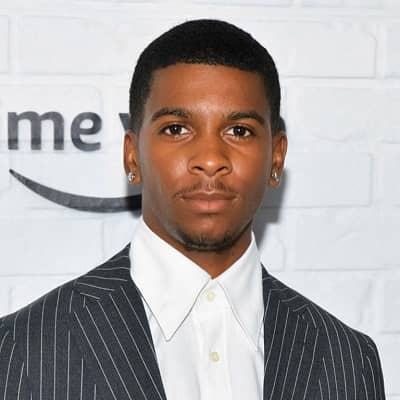 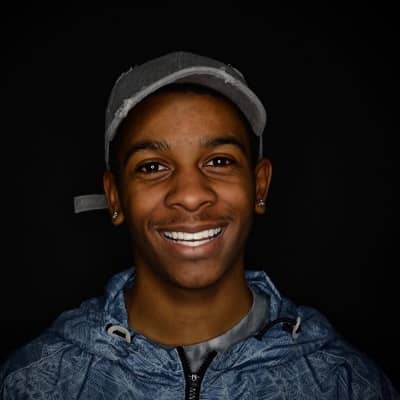 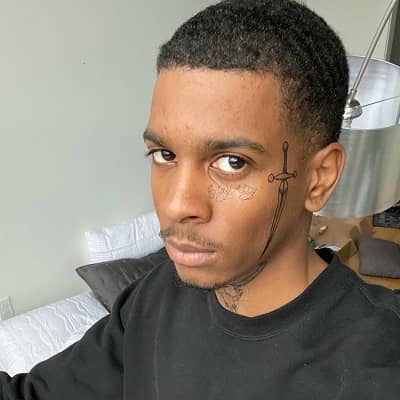 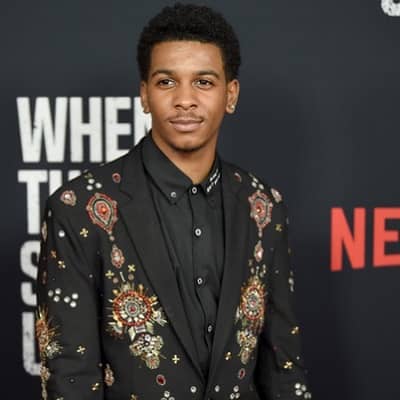 Brett Gray is a prominent American actor, singer, and songwriter. Brett Gray is best known for playing the character of Jamal Turner in the Netflix original TV series “On My Block”. He also acted in different stage plays in school and was praised for his humorous performances by many. Besides “On My Block”, he has also appeared in other films and series including “Rise” and “Law and Order” among others.

Brett Gray was born on August 7, 1996, and he is currently 24 years old. He hails from Philadelphia, Pennsylvania, and his zodiac sign is Leo. He attended The Philadelphia High School for Creative and Performing Arts as a Theater major. He then graduated in the year 2015.

Talking about his family, he has a brother who has served in the U.S. Navy. Likewise, his mother’s name is Holly Gray, and his father is Jeffrey Grey. To further motivate him to pursue acting, his mother took him to a theatre named New Freedom Theatre in Philadelphia. 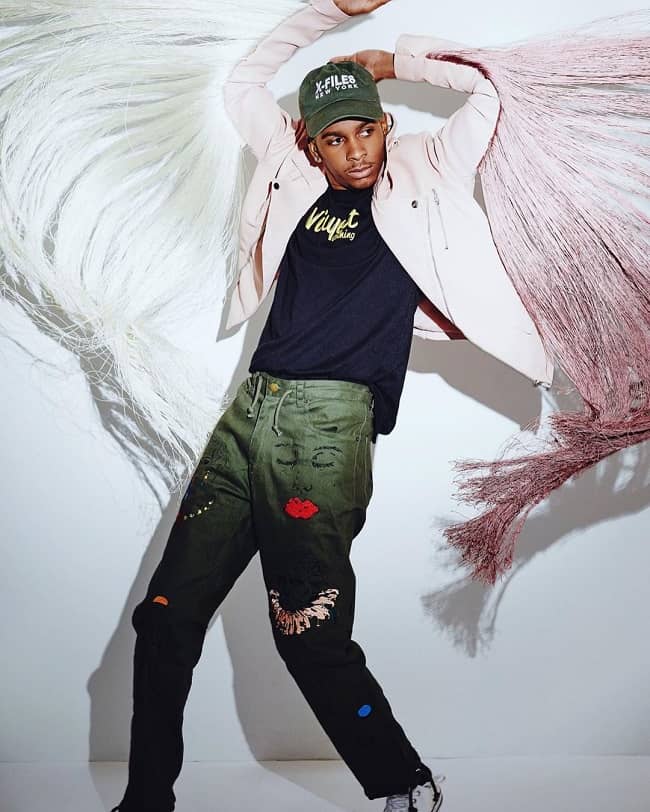 Professionally, Brett Gray is an actor. He started acting from a very young age. More precisely, he acted in his first school play at the age of 6 years. After this, he performed in his first professional show at the Academy of Music when he was only 7 years of age.

Further, after doing a chemistry read for the producers, he was offered the role of Jamal Turner on On My Block. It is his first lead acting role and this is Netflix’s coming-of-age comedy broadcasted in 2018. He also worked with Sierra Capri, Jason Genao, Jessica Marie Garcia, Ronni Hawk, and Diego Tinoco on On My Block. Moreover, he was drawn to the role because he saw himself in Jamal.

He also stated in an interview with The Fader that he also hoped to expand his experience with physical comedy. It is a genre he previously had no experience with. He also had a minor role in the 2019 Netflix limited series When They See Us. Moreover, he also previously appeared on shows like “Rise” and Law & Order: Special Victims Unit.

He also previously appeared in three short films between 2015 and 2016. The first was a Tortoise. It is an adventure comedy, directed by Gary Memi and written by Isaac Himmelman. The next one was The Tale of Four and this is a multi-layered story based on ‘Four Women’ by Nina Simone.

He appeared in this short film alongside Jacob Berger, Daniel G. Cunningham, and Dana Gourrier. He also appeared in the short film ‘Metrocard.’ It is another directorial venture by Gary Memi, which featured Jonathan Hansen and Kevin Rodriguez besides Gray.

Furthermore, he released his debut single, “Old Thing Back” in June 2018. He then released his EP Easy Daze on his birthday on August 7, 2018. Likewise, he compared the style to Usher’s album Confessions. Moreover, he also has another album lined up for August 2020 called “Blue”. Moving on, he has a net worth estimation of approximately $400,000 dollars. 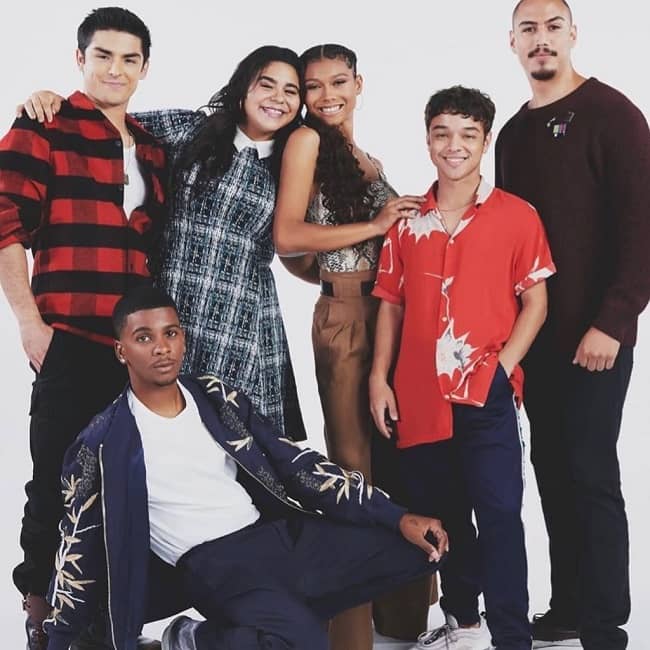 Caption: Brett Gray posing for a photo with the co-stars of On My Block. Source: Instagram

There is no verified information about whether Brett Gray is single at present or is in a romantic relationship with someone. It might be that he is maintaining privacy and keeping his relationship status and love affairs hidden from the public. Or it might also be the case that he is actually single at present and is more focused on strengthening his acting and singing career.

Brett Gray stands tall at a height of 5 feet 7 inches and weighs around 65 kgs. Other than this, there is no information about his other body measurement details including his chest-waist-hip measures, dress size, shoe size, biceps, etc. Likewise, he has dark brown eyes and hair of the same color. 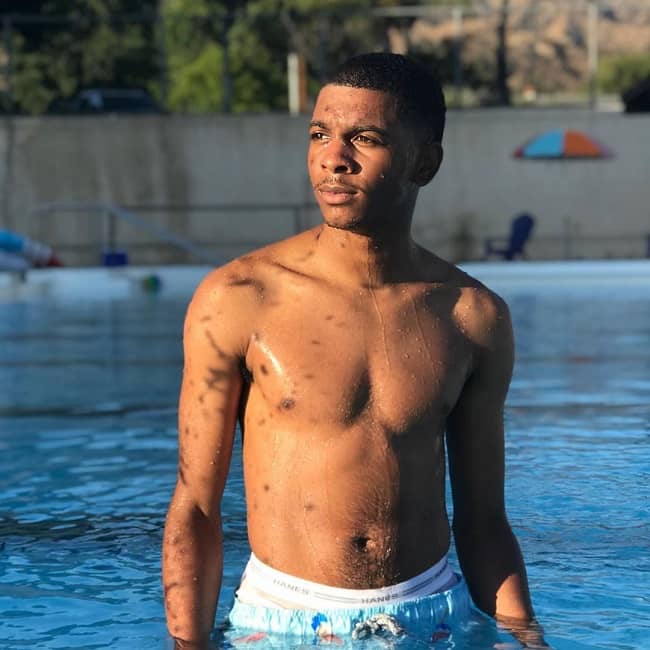 Caption: Brett Gray posing for a photo in the pool. Source: Instagram

Talking about his social media presence, he joined Twitter in June 2012 and so far has over 227.5K followers in his @brettgray account. Likewise, he goes by @iambrettgray on Instagram and his account boasts 229 posts shares and 2.1 million followers at the time of writing this biography.

Likewise, he created his self-titled Youtube channel on April 8, 2017. So far, this channel has earned over 1.9 million views and 62.3K subscribers as of August 2020.