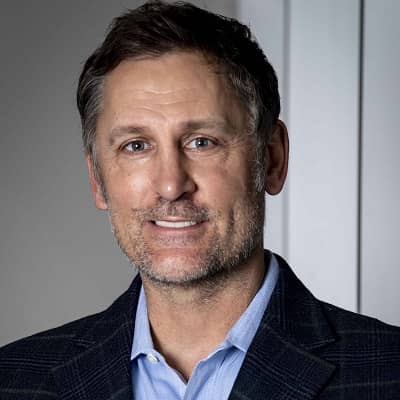 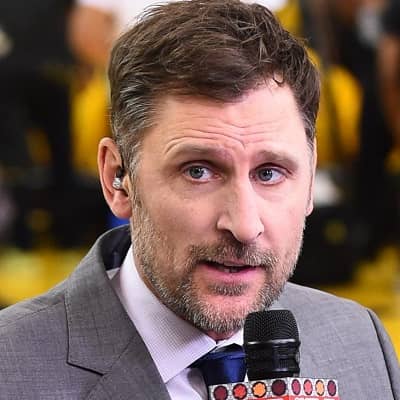 Brent Barry is a retired basketball player and is an American basketball executive. As of now, Brent Barry is the current vice president of basketball operations for the San Antonio Spurs and is also a commentator of the NBA 2K series.

Brent Robert Barry best known as Brent Barry was born on 31st December 1971, in Hempstead, New York, the United States of America. As of now, he is 50 years old and he is an American by nationality. Moreover, he has a zodiac sign of Capricorn and his ethnicity is unknown. He is the son of Ricky Barry (father) and Pam Hale (mother).

His father Ricky is also a retired NBA and ABA Basketball player and was named one of the 50 Greatest Players in history by the NBA in 1996. His parents divorced when Brent was very young. Moreover, his father married Lynn Barry. He has four siblings, including three brothers named Jon Barry, Scooter Barry, and Drew Barry, and a sister named Shannon Barry. 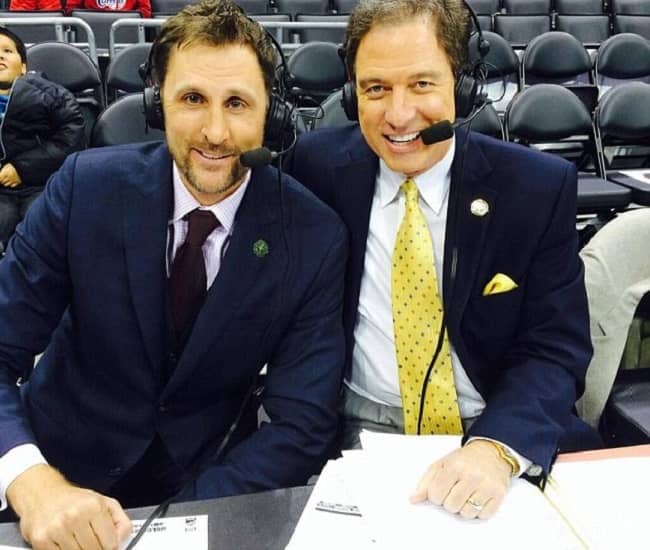 Talking about his academic career, he attended De La Salle High School for his high school education. He played high school basketball there before graduating in 1990.
Following that, he enrolled at Oregon State University and spent four years as a member of the Beavers basketball team. In 1995, he earned a sociology degree from Oregon State University.

Brent begin his NBA career after being selected 15th overall in the first round of the 1995 NBA draft by the Denver Nuggets. Furthermore, he played for three seasons and was regarded as a good passer, averaging over five assists per game. He was also an excellent three-point shooter, finishing 13th all-time in three-point field goals. He became the first Caucasian player to win the Slam Dunk Contest during the NBA All-Star Weekend in 1996. In 2005 and 2007, he was also a member of the San Antonio Spurs championship teams.

After being drafted by the Denver Nuggets, he was immediately traded to the Los Angeles Clippers. He set a rookie record with 123 3-pointers made in his debut season. In addition, he and the Clippers made a playoff run in the second season, where he averaged 11.7 points per game, his greatest playoffs total. He also appeared in three games for the Clippers during the postseason. 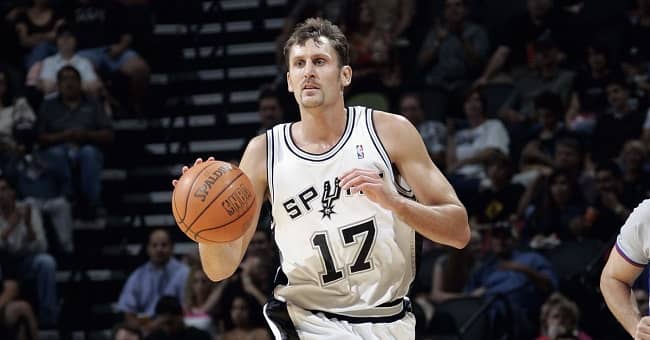 After that, he started to work with fellow Oregon State alumnus Gary Payton in Seattle. There, he played point guard and filled in as a small forward when necessary. He also spent four seasons with the Seattle SuperSonics, where he made ten postseason appearances, the most of his career.

Brent joined the San Antonio Spurs as a free agent in 2004 and spent most of the season as a backup. In the 2005 NBA finals, he helped them defeat the Denver Nuggets four games to one and won his first championship ring by defeating the Detroit Pistons.

After the Spurs defeated the Cleveland Cavaliers in June 2007, he got his second NBA championship ring. He broke his right calf muscle in January 2008 and was unable to play for a month as a result of his injuries. On February 20, 2008, he was traded back to the Seattle SuperSonics by the San Antonio Spurs in exchange for Kurt Thomas, along with Francisco Elson. He re-signed with San Antonio for a year on March 24, 2008, after a 30-day waiting period.

He did not play much in the first two rounds of the 2008 NBA playoffs after returning from injury. San Antonio, on the other hand, provided him with the most postseason experience of his career, with 71 games. In addition, he signed a two-year contract with the Houston Rockets in 2008, making him the third member of his family to play for the team. Later in 2009, he was released by the Rockets, putting an end to his career.

After the basketball career ended

In 2013, after retiring from basketball, he began appearing regularly on NBA TV’s The Starters in his segment The Bone Zone. In addition, starting in 2016, he worked as a fill-in commentator for the NBA on TNT coverage and as a play-by-play announcer for their Players Only broadcast.

Similarly, during TNT’s coverage of the 2018 NBA playoffs, he collaborated alongside Ian Eagle. In 2018, he became the vice president of basketball operations for the San Antonio Spurs.

According to some online sources, his net worth estimates at around $12 million which he earned profession. He also worked as a fill-in analyst and announcer on NBA-TV and earns a considerable amount adding a rise in salary and net worth.

As of now, he is single and unmarried. But, in past, he married his long-time girlfriend, Erin Barry, with whom he had been together from the time they were in high school. Erin was a student at an all-girls Catholic school in San Francisco, and Brent was a student at the all-boys school across the street when they first met.

In 1998, the pair tied and they have two sons. Sadly, the couple separated after 12 years of marriage. They finally divorce on January 5, 2011. And their children give in joint custody. 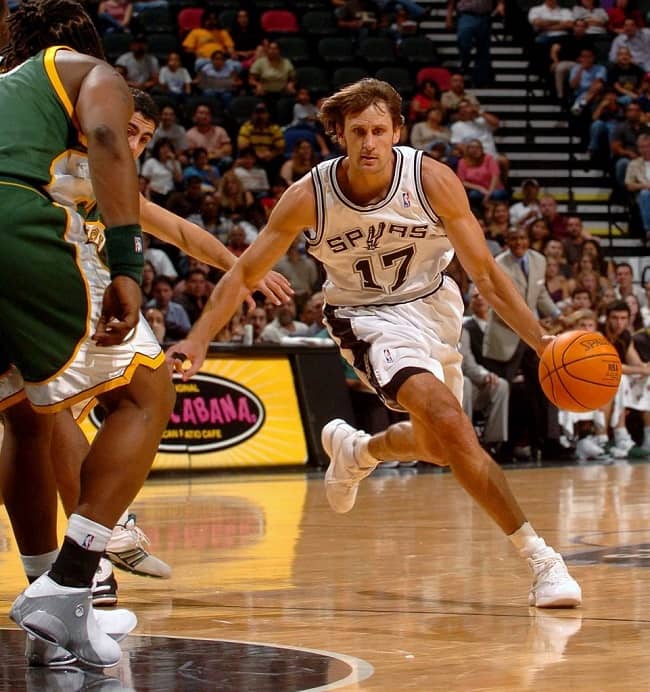 He has an athletic body type with blue eyes and brown hair color. Moreover, he stands 6 feet 8 inches tall and weighs 95 kg. In addition, he has a shoe size of 13 US.