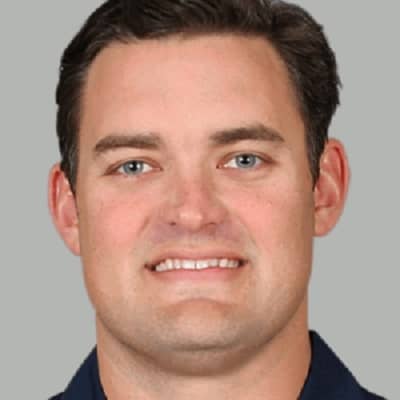 Brennan Carroll was born on March 20, 1979, in Columbus, Ohio, USA. He is 41 years old and is under the birth sign, Pisces. He holds the American nationality and follows Christianity. Likewise, he is also popular by his nickname, BC.

His father’s name is Peter Carroll and his mother’s name is Wendy Pearl. Likewise, he has two siblings and their names are Jaime Carroll and Nathan Carroll. Moreover, his father, Peter is an American football coach who is serving as a head coach and executive vice president of the Seattle Seahawks of the National Football League. And, as he has athlete blood, it seems like he has taken his family legacy to the next level.

Regarding his educational background and qualification, he attended and graduated from Saratoga High School in Saratoga, California. He also played his High school football in this high school. Later on, he enrolled at the University of Delaware in the year 1997. But he dropped out and then attended the University of Pittsburgh in the year 1999. Likewise, he played college football as a tight end in this university. 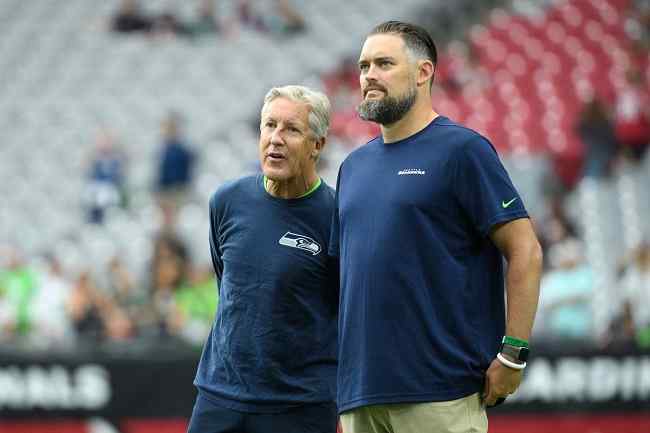 Brennan Carroll joined the USC Trojans football team staff as a graduate assistant in the year 2002, under his father, Pete Carroll. His father was then head coach. And, during his first season, he worked with the offense and special teams. Likewise, during his second season on staff, he worked with the tight ends. In the year 2004, Carroll became the full-time assistant coach in charge of tight ends. Then, in the year 2007, in addition to his work as an assistant coach, he became the team’s Recruiting Coordinator.

Moreover, in the same year, Trojans tight end Fred Davis, who he coached, won the John Mackey Award, which goes to the nation’s top tight end. And, it was announced that the recently hired head coach Lane Kiffin would not retain him in February 2010.

It was also announced that Carroll will join Al Golden’s staff at the University of Miami on December 22, 2010, where he is expected to coach TEs and be recruiting coordinator. Then, on January 10, 2013, he moved to WR coach after the Hurricanes hired Mario Cristobal as their Associate HC and TE Coach.

Furthermore, in February 2015, Carroll reunited with his father Pete, where is expected to be coach run game coordinator and offensive line, coach. He then joined an NFL staff for the first time in his career after spending 13 years in the college ranks. Likewise, in January 2021, he will join the Arizona Wildcats team staff as offensive coordinator and O-line coach reunited with head coach Jedd Fisch worked with Carroll at Miami, where he coached tight ends and headed up recruiting coordinator. 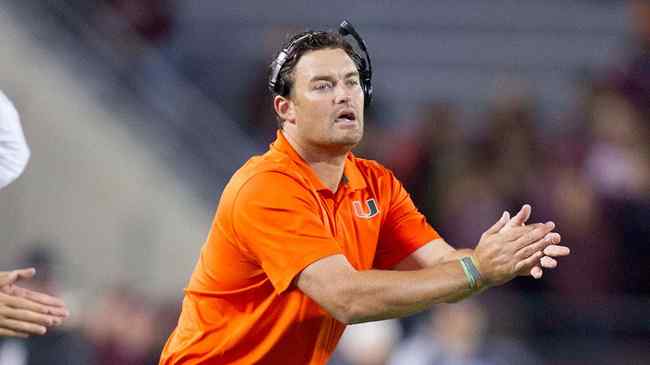 Brennan Carroll married his long-time girlfriend and college mate, Amber Carroll. They tied the knot in the year 2007. He knew Amber since his college days. And during their marriage, he was retired from the game, whereas his wife initiated to established herself in the corporate industry. Moreover, their family got a little bigger when they welcomed their first child Dillon Brennan Carroll on Feb 25, 2009.

Brennan Carroll has a height of 6 feet 4 inches and his weight is 99 Kg. However, his other body measurements such as his chest size, waist size, hip size, bicep size, and any other sizes are unknown at the moment. And all these unknown body measurements are still under review. Likewise, he has brown hair and light blue eyes. 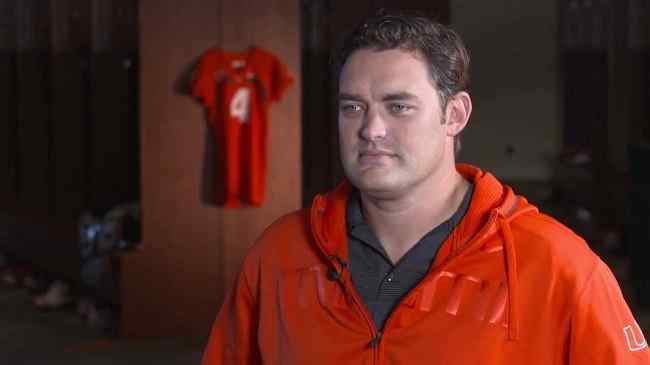 Brennan Carroll is only active on Twitter. He only owns a Twitter account and is not active on any other social media platforms. Carroll has garnered 8.6K followers on Twitter. Likewise. he often tweets on this social platform and is very active on it.

Focusing on his earnings and income, according to pplayerswiki, he has an estimated net worth of $5 million and he is earning an average salary of $700K. Moreover, Carroll is serving as an offensive Lineback coach for Seattle Seahawks at the moment.