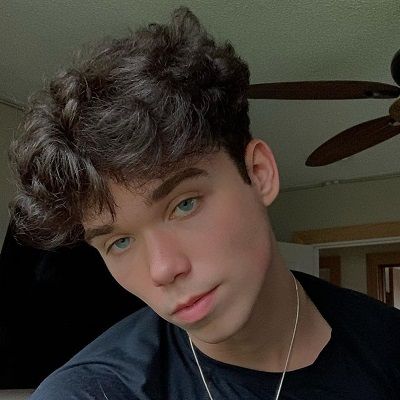 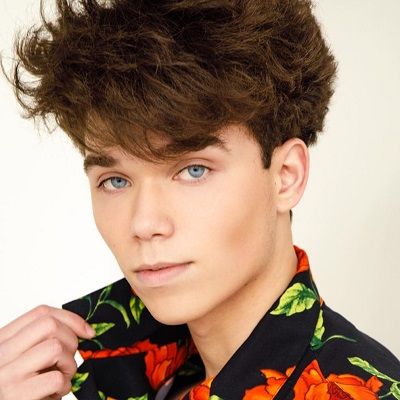 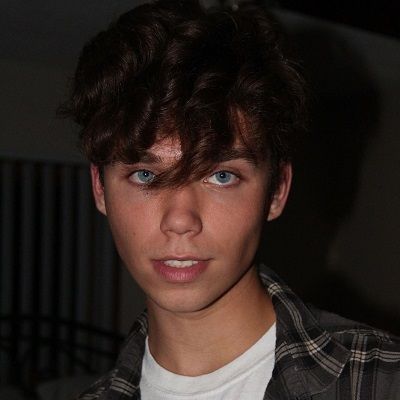 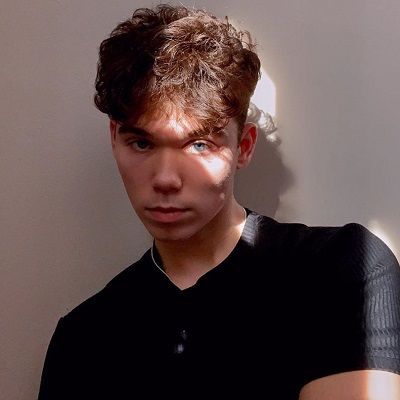 Brenden LaTarte came to this world on May 8, 2001, in Midland, Michigan, USA. He is 19 years old and his zodiac sign is Taurus. He has an identical twin brother, Tyler LaTarte. They are known together on social media as the LaTarte twins.

His mother’s name is Rebecca, and he has another brother besides Tyler. They are presently residing in Midland, Michigan. Besides playing lacrosse and being a 3rd-degree black belt in Taekwondo, he has also been trained in Brazilian Jiu-Jitsu. He has not shared any details regarding his educational background. However, as of his age, he might be attending high school at the moment. 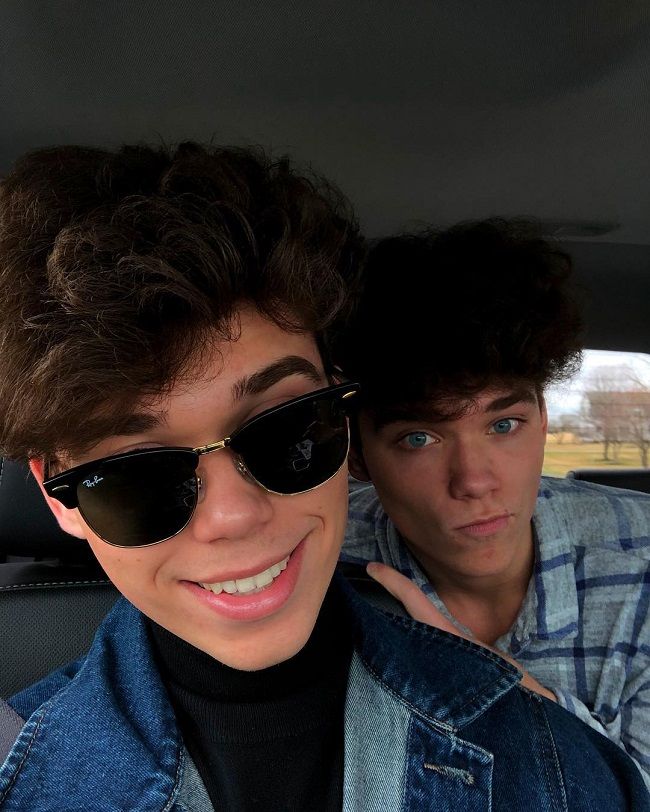 The oldest photograph on his Instagram handle was posted on July 12, 2017. The picture was of him lying on a log with Lake Michigan in the background. On 29 July, he shared a picture of himself at the Traverse City Beach, Michigan. On 6 October, he uploaded a picture with his brother and mother. In the accompanying caption, he wished his mother a happy birthday. On 1 November, he and his brother posed for a photograph with fellow social media personality Tayson Madkour during their trip to Los Angeles, California.

However, Brenden started posting videos on his @brendenlatarte account on TikTok sometime in late 2018. His first upload was set to the original sound created by fellow TikTok user @itzkir (Kirsten Taylor). The accompanying caption reads, “Hey! Tag ur friends I made a personal.” Similarly, in his next post, he apparently undergoes a drastic change in his physical appearance with Max’s track ‘Wrong’ (ft. Lil Uzi Vert) playing in the background. He has also performed to DJ Flex’s ‘Down in the DM’. 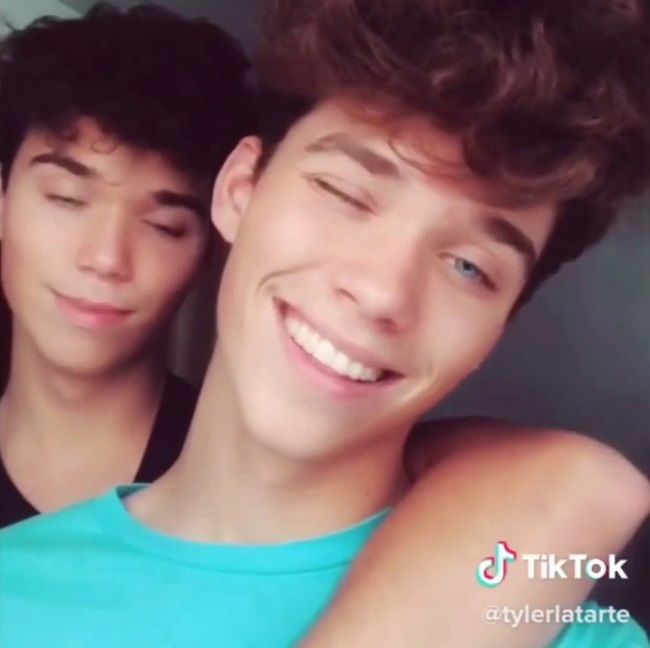 Caption: Brenden LaTarte while making a TikTok video with his brother. Source: YouTube

In October 2018, he responded to @kotachumu’s introduce yourself a challenge. In his performance to Cardi B, Bad Bunny, and J Balvin’s track ‘I Like It’, his brother Tyler made his debut appearance on the page. They also performed together to Darkohtrash’s rendition of the track ‘I just want to be the one you love’. He has made TikTok duets with the likes of his brother, @jessi101love, @sydney_wag, @elizabeth_shakes, @margooxo, and @mahoito.

He had his screen debut in writer/director Kevin Big K Taylor’s 2017 film ‘Wood Dan’. A loose sequel to Taylor’s debut cinematic venture ‘Red Ninja Sister-Hood’, ‘Wood Dan’ is set 50 years after the events of the other film. The story revolves around the legendary four masters of the art of Wood Dan. There is also a town named Wood Dan, where the only wooden weapons in the world are produced.

The Golden Manual, an instruction book by the famed master Golden Hands, has not been yet found and many powerful people are still looking for it. He was cast as Slush in the film. Tyler was also part of the movie, portraying the role of Po. Some of the other members of the cast are Ibraham Ahmed, Andrew Antolin, Nathan Antolin, Paul Antolin, Gidron Azaria, Brenda Bell, Jessica Katie Brady, and Russell Brittani.

He is currently being represented by DMM Management. His and his brother’s merchandise collection is available at TC Social Club. He is also known for collaborating with his twin brother under the collective name ‘LaTarte Twins’ on YouTube. They joined YouTube on July 4, 2018. Furthermore, he is a friend of Alex Warren and Trenton Negrete.

Concerning his personal life, he is currently dating a girl named Morgan. Likewise, he shared a photo captioning “I love the way we look together.” They look adorable.

He has not shared anything related to his past relationships and dating history. He might have dated some girls but he has not revealed any one of them. However, Brenden is focusing on his career and developing his skills at the moment.

Similarly, he is out of any kind of rumors and controversies. He has never faced any type of controversial acts. He has maintained a good distance between the rumors that might hamper his personal or professional life.

Brenden is a handsome guy having an amazing and attractive personality. He stands the height of 6 feet tall and he has a weight of 65 Kgs. Moreover, his chest-waist-arms size is 38-30-13 inches respectively. He wears a shoe size of 10 (UK). Further, he has a pair of beautiful blue eyes and brown hair. 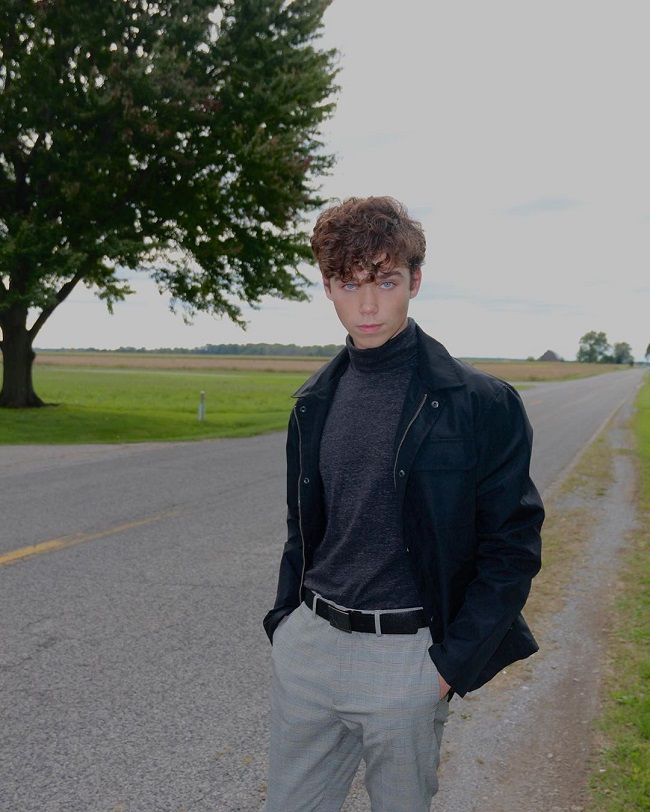 He is active on different social networking sites and has earned an impressive number of followers. His Instagram account has gained over 142K followers under the username ‘@brendenlatarte’. Brendon is available on Twitter with more than 1K followers. Similarly, he is quite famous on TikTok with more than 1.4 million followers and more than 33.4 million likes. And their collaboration YouTube channel ‘Latarte Twins’ has garnered over 2.32K subscribers.

Now, talking about his earnings and net worth, no doubt the talented personality, Brenden LaTarte would earn a handsome amount of money from his profession. However, he has an estimated net worth of around $50K – $60K.