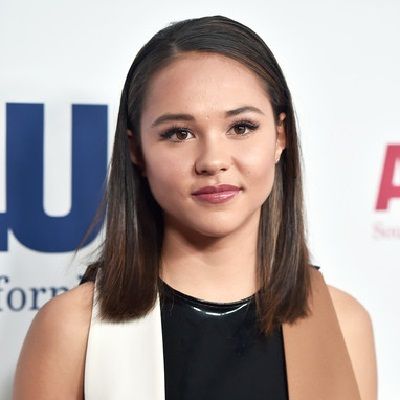 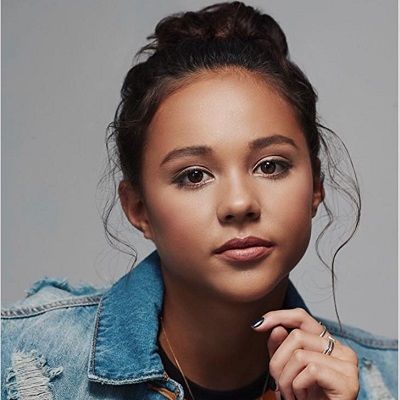 Breanna Yde is an American child actress who played Frankie Hathaway on the Nickelodeon series Haunted Hathaways from 2013 to 2015. Breanna Yde starred as Zoey in the 2014 Nickelodeon TV movie Santa Hunters and as Gina in the film Malibu Rescue.

Breanna Yde is 18  years old. She was born on June 11, 2003, in Sydney, New South Wales under the astrological sign Gemini. Likewise, her mother is half Filipino and was born in the Philippines. Her father’s name is Bill Yde, CEO of Global Traffic Network who works in the media industry.  She is the youngest of six kids, four of which are grown. Similarly, she has three older brothers and two older sisters. There is no information regarding his mother’s and siblings’ names.

She moved to Los Angeles, California at the age of two. In 2008, she went to Rancho Santa Fe, California, and in 2012, she again moved back to Los Angeles. She has even stated she is a dual citizen of Australia and the United States (Australian-American). She loves playing sports like tennis, golf, and basketball. Moreover, She has two dogs; a yellow lab, and a bichon. Further, she has not disclosed her educational background.

Her last name pronounces “EE-dee”. She knows how to play the piano, ukulele, guitar, bass, and drums. She even sings very well. Moreover, she credits her father’s musical influence on her multiple talents.

Two of her favorite singers are Ed Sheeran and Tori Kelly. She has always aspired to become an actress. As a kid, she liked to pretend she was Tom Cruise doing stunt scenes in the movie Mission Impossible. Similarly, she considers herself a tomboy. She plays many sports such as golf, football, basketball, and tennis. She even juggles, skis, and surfs.

Concerning Breanna Yde’s professional life, she is an American child actress recognized for significant roles in several television and film roles. She started acting at the age of six. Similarly, she debuted as a child actor through the short film Social Studies in 2009. She played the role of Annie in that short film. Before recognizing significantly through her role on Haunted Hathaways, she has appeared in other few roles.

In 2010, she appeared in Level 26: Dark Prophecy as a Young Sibby Dark, and even acted in How I Met Your Mother Little Girl (2011) for the episode: “Challenge Accepted”. Moreover, she has portrayed the role of Frankie Hathaway in the television series The Haunted Hathaways (2013–2015 ). It is Nickelodeon’s live-action supernatural comedy show.

Her other film credits include the Nickelodeon Movie for Television Santa Hunters in 2014. Directed by Savage Steve Holland and The Dark Prophecy, directed by Anthony E. Zuiker. She is a talented young actress who has also starred in the role of “Tomika” in Nickelodeon’s highly anticipated new series School of Rock. The show premiered in 2016–2018. She played a recurring role as “Ronnie Anne” on Nickelodeon’s animated series The Loud House, which premiered in 2016. Similarly, she guest-starred on the Nick at Nite series Instant Mom. 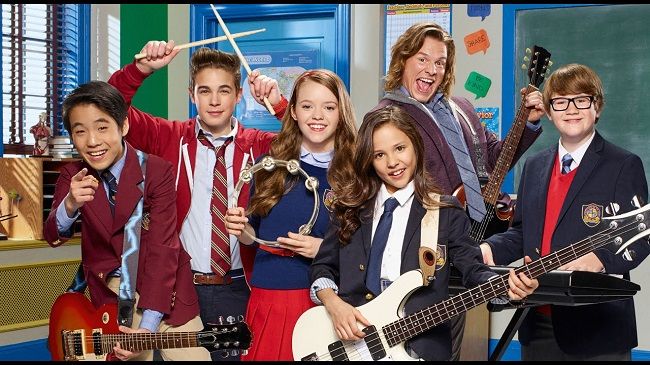 Caption: Breanna Yde on the poster of School of Rock with her co-star (Source: YouTube)

She has also voiced several television films. From 2016–2018, she voiced Ronnie Anne in The Loud House (seasons 1–3). In 2016, she voiced Albert as Molly. She starred in Nickelodeon’s Not So Valentine’s Special (2017), and Little Mariah in Mariah Carey’s All I Want for Christmas Is You (2017). She also appeared as Akimi in the television film Escape from Mr. Lemoncello’s Library (2017).

In 2017, she made an appearance as Simone in Nicky, Ricky, Dicky & Dawn with the episode: “To Be Invited or Not to Be”. Furthermore, she has also acted in the Netflix television series as the main role in Malibu Rescue Gina (2019).

Besides acting, she is also a talented musician. She sings very well and knows musical instruments like the ukulele, guitar, bass, piano, and drums. She has a raspy voice.

This young and talented teen actress Breanna Yde has acted in several television and film roles. Though she has not won any awards to date, she got the nomination for Favorite Female TV Star in the 2017 Nickelodeon Kids’ Choice Awards portraying Tomika in School of Rock. In the coming future, she will surely bag numerous awards and nominations throughout her acting career.

Speaking of Yde’s earnings, she is a famous child actress who has earned a decent sum of money throughout her acting career at such a young age. However, she has not opened up her net worth to date on the web, some inline resources estimated around $1 million-$5 million. She lives worthy and lavish life through her good fortune.

Is Breanna Yde single or dating someone?

Reflecting on Breanna’s love life, she seems to be single. She has not much opened up about her love life and kept her personal life quite away from the limelight. However, she is very young for getting married right now and also getting linked to relationships. For sure, her attractive and charming appearance fascinated lots of his boy fans toward her. Soon she might be hooking up with her handsome pair. Further, there is no information regarding her past relationships as well. It is possible that she is single as of now.

Moreover, she is more directing toward her career right now and has not involved herself in scandals regarding her personal as well as professional life.

Caption: Breanna Yde posing for a photo on a photoshoot (Source: Instagram)

Breanna Yde stands at a height of 5 feet 3 inches. Her weight is around 54-58 kg. She looks beautiful and has a charming personality.  Moreover, her other body measurements such as chest-waist-hip sizes are not available. However, she has got a healthy body and an elegant appearance. She considers herself a tomboy. She has an attractive dark brown eye color and brown hair.