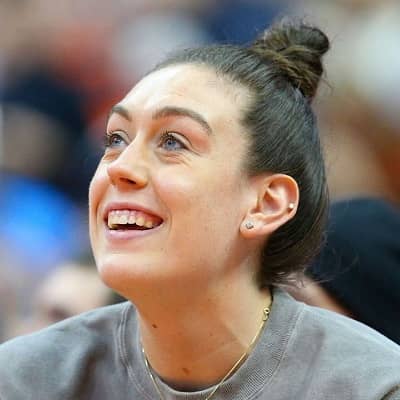 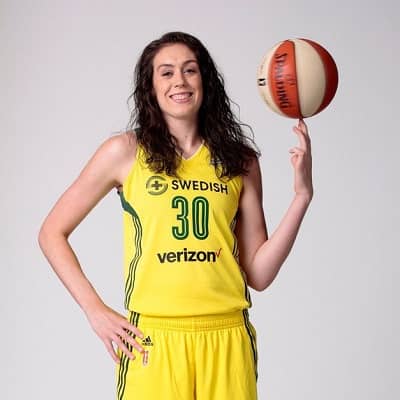 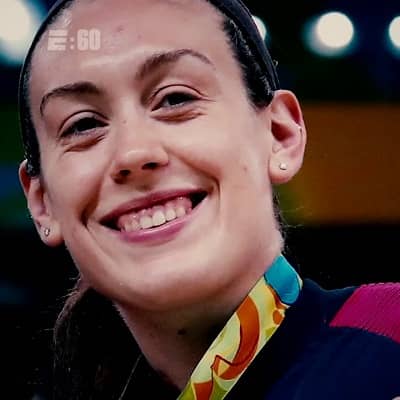 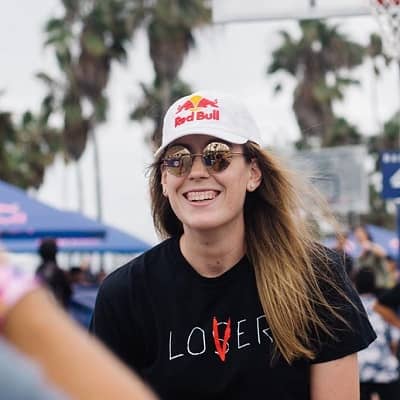 Breanna Stewart was born on August 27, 1994, and she is currently 26 years old. She hails from Syracuse, Onondaga County, New York. Her birth name is Breanna Mackenzie Baldwin and her zodiac sign is Virgo.

Talking about her family, her mother is Heather Baldwin. her biological father was not involved in her life, and her mother worked multiple jobs in order to support herself and her daughter. When she was a toddler, her mother began dating Brian Stewart. They eventually married and several years later Brian adopted her. She has two half-siblings namely Conor and Alex.

She began playing basketball at an early age. More precisely, it was when she was in fifth grade. She decided to improve her game. She had always been tall for her age. That means, coaches often wanted her inside as a rebounder. However, her father thought it would help if she had ball-handling skills and a perimeter shooting ability.

Hence, she started a routine of dribbling around her block, wearing headphones. She continued the routine almost every day, improving her ball handling to the point she routinely dribbled behind her back or between her legs. Even after heading off to college, Stewart still did the routine at home.

In a 2017 essay in The Players’ Tribune, Stewart publicly revealed that she had been a victim of sexual abuse from age 9 to 11. She reported the abuse to her parents and they immediately called the police. The perpetrator was married to her mother’s sister. He confessed to the abuse and ultimately served prison time.

Regarding her education, she graduated from Cicero-North Syracuse High School (Cicero, New York) and enrolled in the  University of Connecticut in 2012 graduating in 2016. 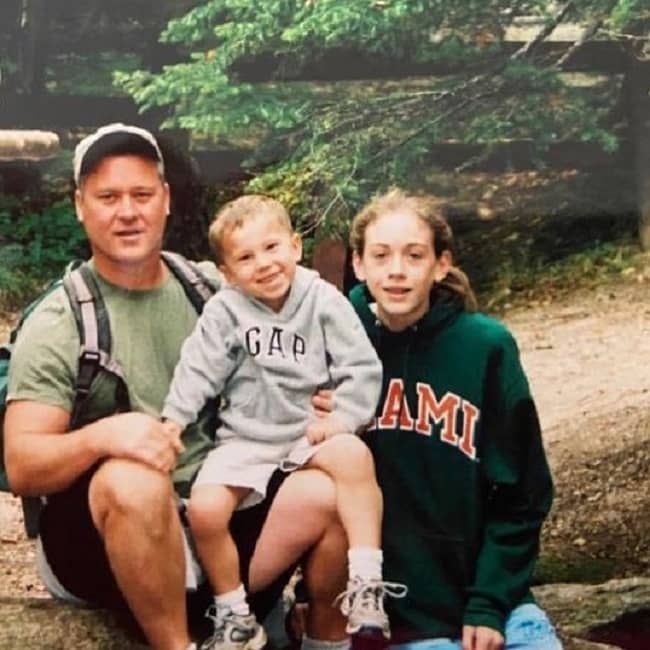 Caption: Breanna Stewart posing for a photo with her father and younger sibling. Source: Instagram

Professionally, Breanna Stewart is a basketball player for the Seattle Storm of the Women’s National Basketball Association (WNBA). Back in high school, she was the National Gatorade Player of the Year, the Gatorade Female Athlete of the Year, and a McDonald’s All-American.

She also led the University of Connecticut (UConn) Huskies to four national championships. She was named the Final Four’s most outstanding player a record four times and she was also a three-time consensus national player of the year. Prior to her first WNBA game, she signed a multi-year endorsement deal with Nike. 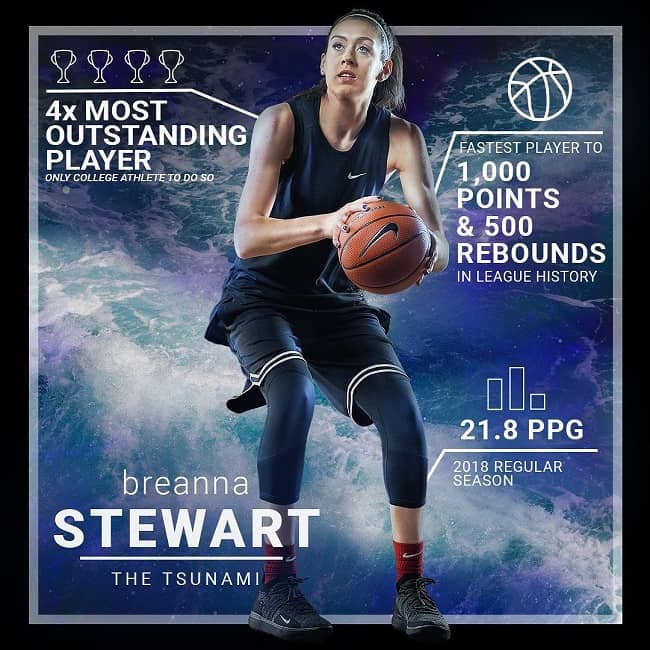 Caption: Breanna Stewart on the cover of the East Bay magazine. Source: Instagram

She is a WNBA and Team USA forward. She spearheaded the UConn women’s basketball team that won four consecutive titles from 2013-2016. She was also named the Naismith College Player of the Year three times. She also played for her high school basketball team while she was still in eighth grade. She was the Naismith Player of the Year in 2012 and a McDonald’s All-American selection.

Similarly, the outstanding player also won a FIBA World Championship with Team USA in the year 2014. She scored 51 points for the University of Connecticut Huskies in the 2013 Big East tournament. It is the same amount of points that former UConn standout Diana Taurasi scored in her Big East tournament debut. Further, she wears the jersey number 30 for Seattle Storm. 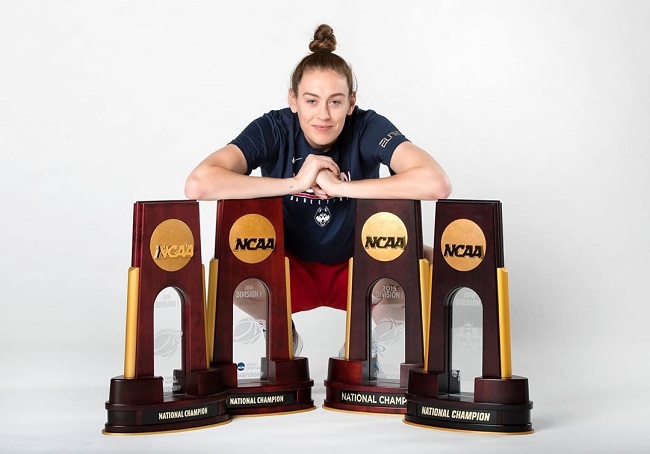 Breanna Stewart is most probably single at present. She has not shared any information regarding her love affairs. She also has yet to share any photographs that might suggest her relationship status or affairs. Previously, she is said to have been in a relationship with JayVaughn Pinkston.

Breanna Stewart stands tall at a height of 6 feet 4 inches or 193 cm and weighs approximately 170 lbs or 77 kgs. Other than this, there is no information regarding her other body measurement details like her chest-waist-hip measures, dress size, shoe size, biceps, etc. She has blue eyes and brown colored hair.

During the Euro League Women game on 14th April 2019, she ruptured her right Achilles tendon. She needed surgery for this and her doctors were Dr. El Attrache and Dr. Jung. She thanked her doctors for successful surgeries and thanked everyone for all the love and support she received during this shocking times. She has shared her journey to recovery through her Instagram posts. 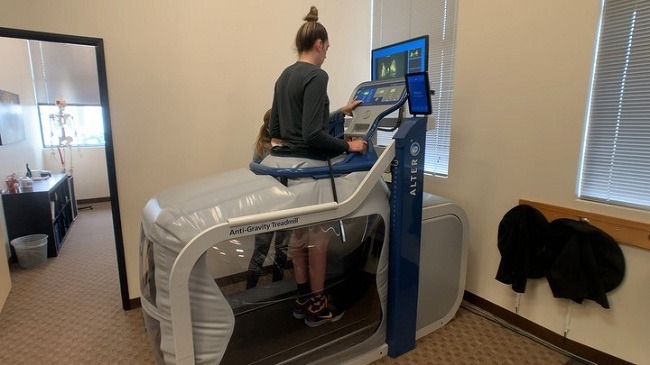 Talking about her social media presence, Breanna Stewart joined Twitter in March 2011 and so far has over 86.9K followers in her @breannastewart account. She is also available on Instagram under the username @breannastewart30. This account boasts 317 posts shares and over 224k followers at the time of writing this biography. She also created her official Facebook page on April 6, 2016, and so far has over 45k people following her journey.

Regarding her net worth, she has a net worth estimation of approximately $1 million to $5 million dollars. Her primary source of income is her basketball career. She also might earn through her interviews, brand endorsements, modeling projects, partnerships, etc.