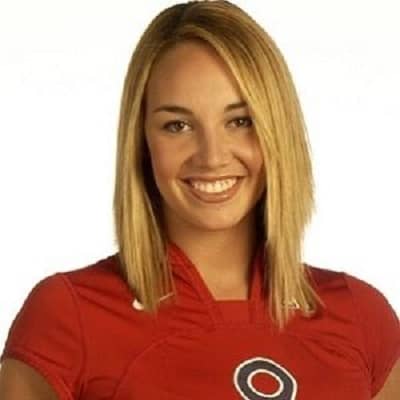 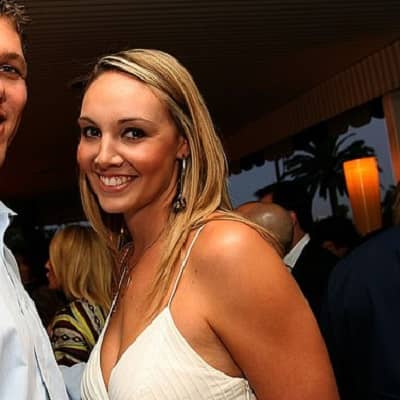 Bre Ladd was born on April 19, 1984, and she is currently 37 years old. She hails from Tucson, Arizona, and her zodiac sign is Aries. Talking about her family, Bre’s parents are father Bob Ladd and mother Tammie Ladd. She also has an elder brother named Josh Ladd.

Regarding her educational journey, Bre Ladd attended the Canyon Del Oro High School in Tucson. Later on, Bre graduated from the University of Arizona in the year 2003. Ladd majored in community and public health. 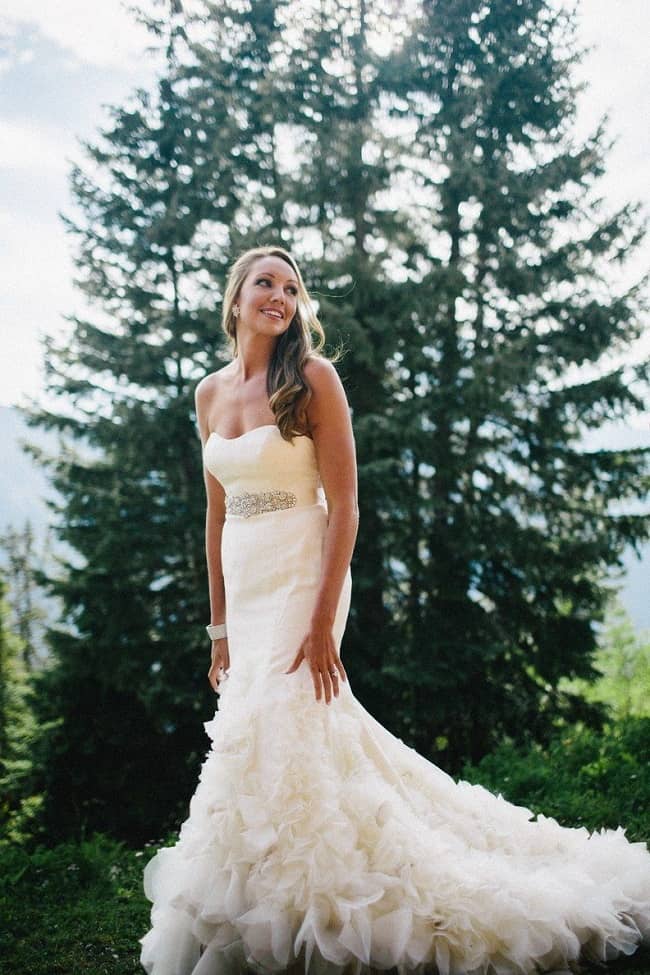 Professionally, Bre Ladd is a former volleyball player. She is most renowned as the wife of the Sacramento Kings basketball coach Luke Walton. Moreover, Bre Ladd was also a member of the 2001 USA Junior National volleyball team.

Bre Ladd played volleyball since her school days. The lady created a record of kills in for the Canyon Del Oro (CDO) High School. Similarly, she was also a volleyball letter winner for four consecutive years. Bre was a member of the CDO Honor Roll and she also won the “Gatorade National High School Volleyball Player of the Year” in the year 2001.

Likewise, Bre Ladd played as the great middle hitter for Arizona University’s volleyball team, i.e. “Arizona Wildcats”. Bre likewise played for Tuscan’s Club Cactus junior for four years along with her school and college volleyball teams. Bre won several honors and a few of them are “Tucson Citizen” and the “Arizona Republic Arizona State Player of the Year”. 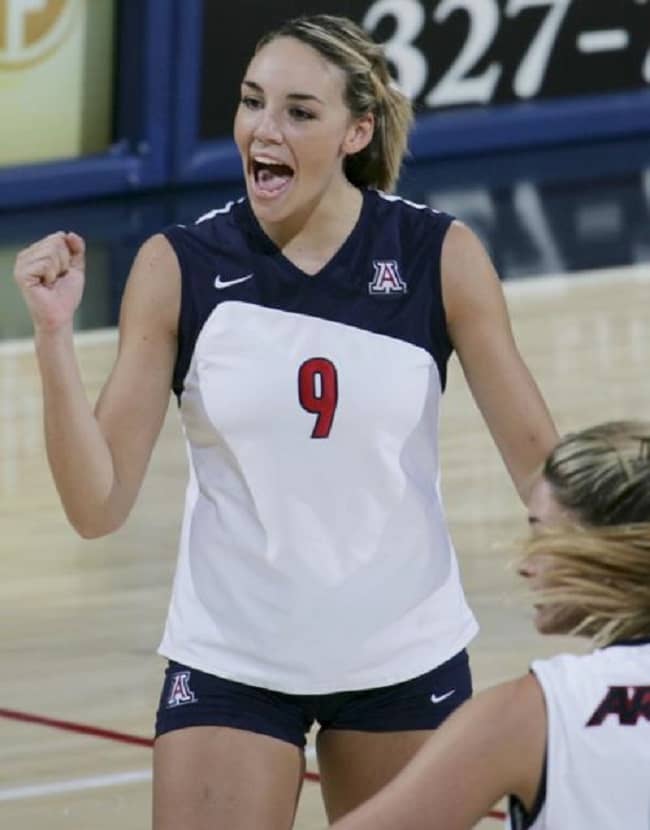 Then in 2002, Bre Ladd recorded the highest number of blocks, i.e. 124 blocks. She also recorded the best blocks per game average, i.e. 1.09, in the history of Arizona freshman. Bre then competed at the Women’s Junior World Championships in Santo Domingo and Santiago, Dominican Republic. It was as a member of the 2001 USA junior national team. Besides playing volleyball, Bre Ladd also served as a mentor for deaf students at the Arizona School for the Deaf and Blind.

Talking about her husband’s professional career, Luke Walton is a former small forward. He won NBA titles as a member of the “Los Angeles Lakers” in the years 2009 and 2010. Similarly, Luke was also named the head coach of the Lakers in the year 2016. Prior to this, Luke served as both an assistant coach and an interim head coach for the Golden State Warriors. At that time, Luke won the “NBA Coach of the Month” award in November 2015.

Furthermore, Bre’s husband was a two-time All Pac-10 first-team selection. It was back during Luke’s four-year career at the University of Arizona. Playing professionally, Bre’s husband spent the first nine years with the “Lakers”.
When with “Lakers”, Luke played alongside late Kobe Bryant for the whole nine years. Luke then played his last season, i.e. 2012-13 with the “Cleveland Cavaliers”. 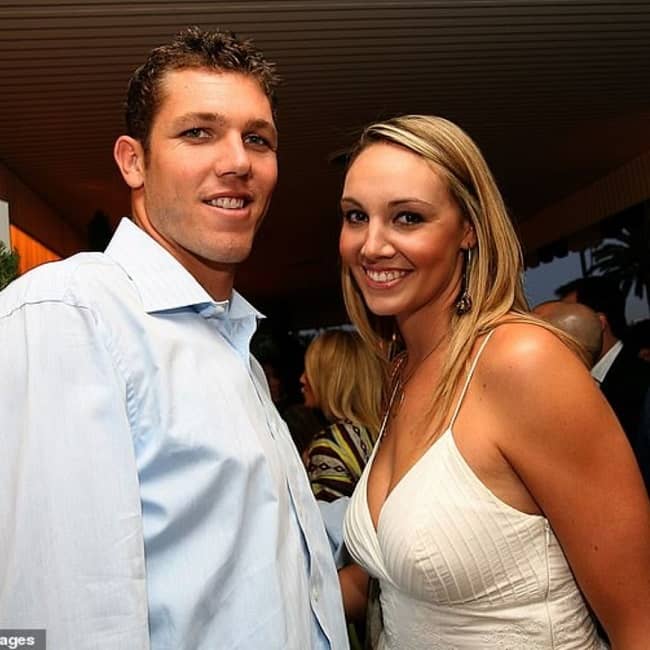 The two were college mates and met each other in the year 2002 for the first time. Both of them attended the University of Arizona and played for Arizona Wildcats. Luke was a basketballer while Bre was a volleyballer. The lovers dated for seven years before exchanging their vows.

Bre and Luke remained friends until 2005. After being in a romantic relationship for a few years, Luke proposed to Bre on the Christmas Eve of 2012. Talking about their wedding, Luke and Bre had 225 guests at the base of the Rockies. One of them is the NBA player Jordan Farmar. Their wedding ceremony was on August 17, 2013.

The guests and the couple were then transported to the reception venue “The Little Nell” in Aspen, Colorado, via gondolas. Brooke Keegan planned their wedding. Luke’s cousin, Harmony Walton, of “The Bridal Bar” recommended Brooke as their wedding-planner.

Similarly, musician Kelley James performed an acoustic soft rock and rap fusion. The newly-wed couple spent a few more days in Aspen after the wedding ceremony. Later on, the couple headed to their honeymoon destination in Santorini, Crete, and Lake Como. 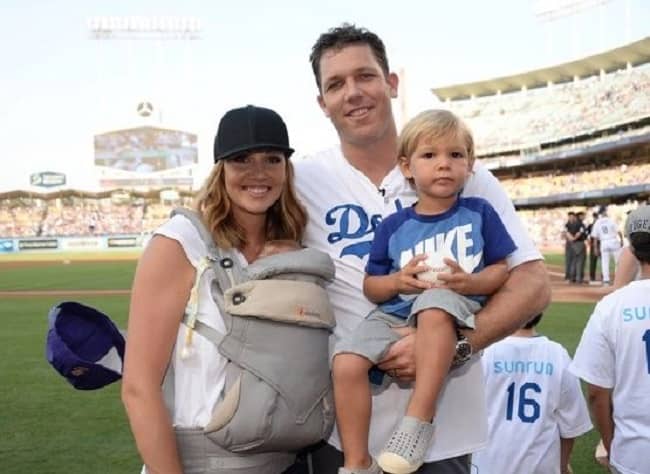 Caption: Bre Ladd posing for a photo with her family. Source: Pinterest

Bre Ladd’s height is around 6 feet 1 inch whereas her weight is approximately 67 Kgs. Likewise, Bre has chest-waist-hip measures of 38-30-37 inches respectively. Bre has blonde hair color and brown eyes.

The former volleyball player, Bre Ladd, doesn’t seem to be active on any social media platforms including Facebook, Twitter, Youtube, Tiktok, Instagram, etc. Similarly, regarding Bre’s net worth and earnings, the former player has a net worth estimation of approximately $3 million dollars.