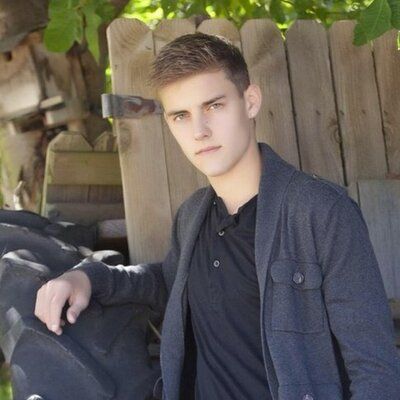 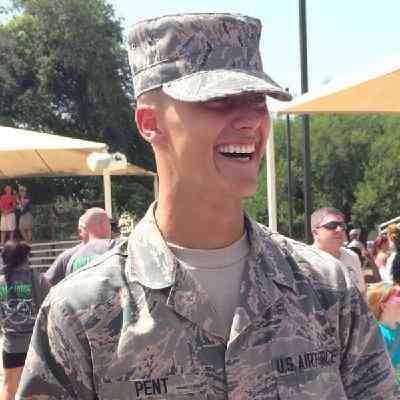 Brandon Pent is a former American dancer. Brandon Pent stopped dancing in order to join the air force in 2013. He gained fame as a male dancer from Abby Lee Dance Company and also appeared in a few episodes of “Dance Moms”.

Brandon Pent was born on July 16, 1995, and he is currently 26 years old. He hails from Pittsburgh, Pennsylvania, and his zodiac sign is Cancer. Talking about his family, his parents are Fred and Diane Pent. His mother, Diane, is a reality television star popular for appearing on the series Dance Moms. She made her debut appearance on the episode “Love on the Dance Floor”. Likewise, Pent also has three sibling sisters namely Brittany Pent, Danya, and Jessica.

Moreover, Pent graduated in the year 2013 amid deteriorating relations between the Pent family and Abby Lee Miller, the former owner, and teacher of the Abby Lee Dance Company/Reign Dance Academy. Later, he joined the Air Force. 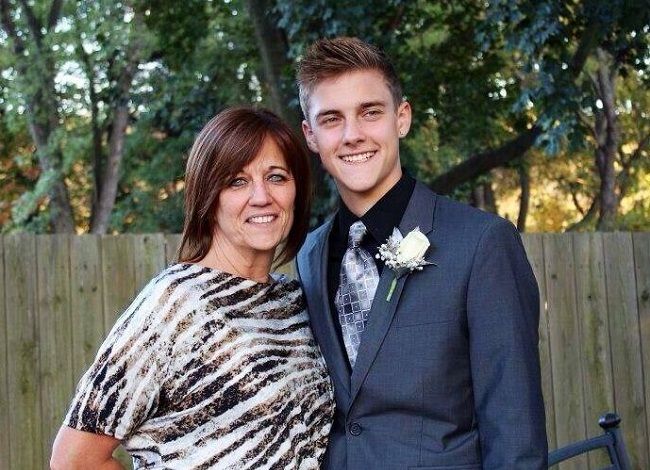 Professionally, Brandon Pent is a dancer and an air force. He is a male dancer from Abby Lee Dance Company. He is popular as the former dancer who appeared in several episodes of Lifetime’s hit series Dance Moms. But he first featured in “Love on the Dance Floor” of the dance show. He then stopped dancing in 2013 to join the Air Force.

In the first season of “Dance Moms”, he shared the main part of the dance “Snapshot” with Brooke in “Love on the Dance Floor”. Later, he was set up on a date with her by Abby so they would have more chemistry for the group dance. Unfortunately, the date failed because Brooke did not want to have chemistry with him, and the dance did not take place.

Then in the second season, he is seen in Waiting for Joffrey in the group of the Abby Lee Dance Company seniors that Abby calls in to watch Maddie execute her dance. Later, he was brought in for the unseen “First Class” number in Solo Fever, but Lifetime uploaded the dance to their website. Likewise, in Nationals 90210, he was in Brooke’s “Summer Love Song” music video, playing her love interest.

Moreover, in the 3rd season, before the first group dance rehearsal, he is briefly seen dancing in Boys Are Cuties, Girls Have Cooties. 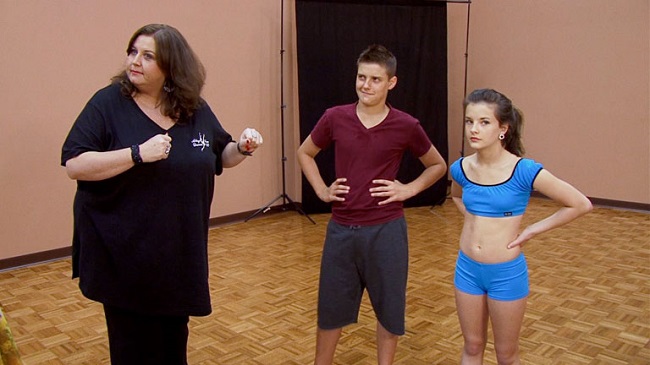 One of his influences is Frank Sinatra. His hobbies are hunting, fishing, football, and baseball. He used to play on football and baseball teams until he decided to focus on dance. As a dancer, he favors jazz because the moves are faster and sharper.

Likewise, he was in a group dance called “First Class” that was performed at In10sity dance in Solo Fever, but not shown on Dance Moms. It received third place. For the film Don’t Back Down, he and his mom Diane worked as extras. Actually, it was supposed to be him and Brittany, but Brittany was unable to do it, so Diane went in her place.

He has known Maddie ever since she started the ALDC. Even though he doesn’t come to the ALDC, he still is in touch with her. Moreover, he watches dance moms sometimes just to see how the girls are doing.

Brandon Pent started dating Ryleigh Vertes in 2014. Ryleigh is one of Kendall’s older sisters and the daughter of Jill Vertes. However, they don’t seem to be together anymore. In addition, he seems to be single at present. He has not shared much information regarding this issue and also has not shared social media posts that might indicate her current relationships or affairs.

Moreover, he has maintained a clean public profile that is away from rumors, scandals, and controversies that might hamper his professional career and personal life. Nevertheless, Pent is sure to attract many lovers in his future through his talent, humor, and charms. 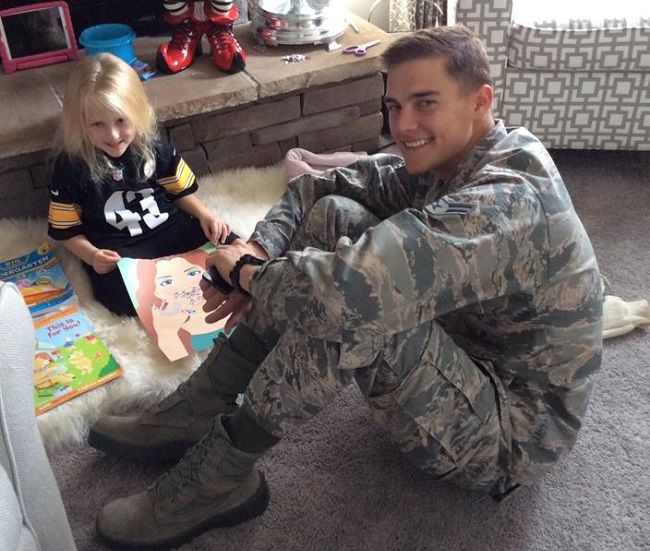 Caption: Brandon Pent posing for a photo with a family member Clara in the Air Force uniform. Source: Facebook

Brandon Pent stands tall at a height of 5 feet 9 inches. Other than this, there is no information regarding his other body measurement details including his weight, chest-waist-hip measures, biceps, dress size, shoe size, etc. Likewise, he has light brown eyes and hair of the same color.

Talking about her social media presence, Pent is not very active on any platform. He does have an Instagram account under the username @b_pent16. This account boasts 79 posts shares and 43.3k followers. But unfortunately, this account is set to “private” and not everyone can view his posts and get updates on his life.