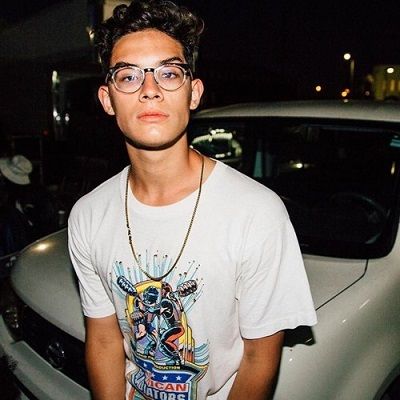 By profession, Brandon Arreaga is a singer, dancer, choreographer, and also social media personality. Brandon Arreaga is famously known for being a member of the prominent American-Canadian pop boy band PrettyMuch. Moreover, he is also part of an entertainment group, TruCrew.

The well-known personality was born on December 14, 1999. Brandon’s birthplace is in Dallas, Texas, United States of America. Currently, his age is 22 years old.  His zodiac sign is Sagittarius. He belongs to the Caucasian ethnicity and American nationality. 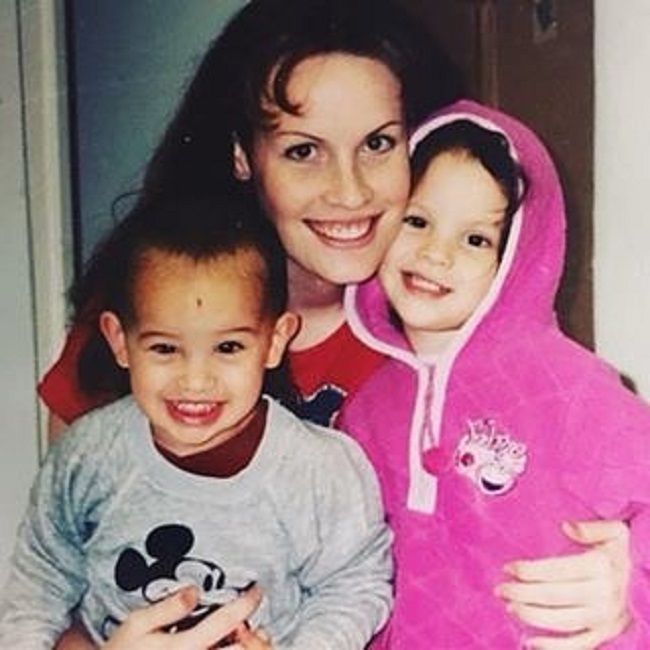 Caption: Brandon with her mother and sister during his childhood (Instagram)

Similarly, his parents are Chris Arreaga and Gina Arreaga. Talking about his siblings, he has one older sister named Halie Arreaga. From a very early age, he was fond of music. Also, he learned to play different instruments such as the piano as well as guitar. When he was just twelve, he had already built his own studio and started recording. The dancer as well as singer, Arreaga has studied his basic school education through homeschool until sixth grade.  Later on, he joined a public school. Unfortunately, the name of the public school is unknown to everyone.

Initially, Brandon appeared in the television singing competition, Majors & Minors in the year 2011. By taking part in the show, he got opportunities to work with well-known musicians such as Avril Lavigne, Jordin Sparks, and many others

The used and the producer named, Simon Cowell formed a pop boy band and titled it as Pretty Much. Their debut album Would You Mind was released in July 2017. The debut performance of the band was at the 2017 Teen Choice Awards.

Additionally, his band released its debut extended play PRETTYMUCH an EP in April 2018. Simultaneously, he and his band could be able to become one of the most important bands. Also, he was also compared with artists like Zayn Malik.

On the other hand, he is also involved in an entertainment group named TruCrew. The group focuses to have a positive impact on others via dance and music. He has also given his appearance on different television shows. Those are Entertainment Tonight Canada and Good Morning America.

In like manner, he has also played a minor role in the Scott Ellis-directed television movie titled A Christmas Story Live.

Besides, he is one of the most important members of a company called AMTC. It is the abbreviation for Actors, Models, and Talent for Christ.

The versatile personality, Brandon has not received awards yet. There does not seem to be any title in which he has been nominated as well. Nevertheless, his multi-talents such as singing and dancing cannot be judged through the number of awards and nominations he has received. Therefore, he is a very much talented and hard-working artist.

According to some sources of information, his net worth is estimated to be more or less $300k. Likewise, his other details such as salary and income are unavailable to everyone. But, usually, American dancers earn nearly $67k per year on average.

Previously, Brandon has been in a relationship with Charlotte Dean. Unfortunately, the couple separated after dating for a year. They dated from the years 2017 to 2018. 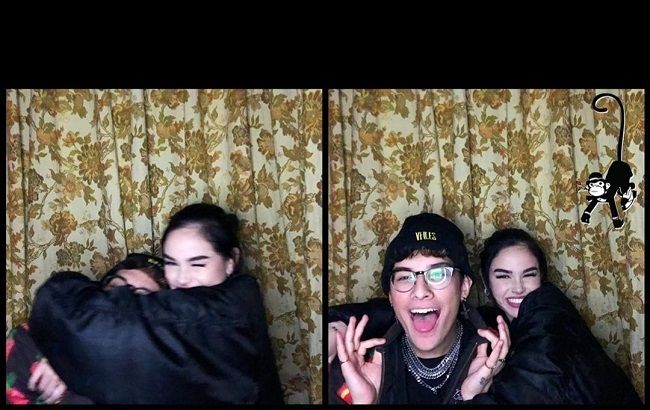 At present, she is dating Maggie Lindemann. She has been in dating him since the year 2019.

Identically, he does not have to face any kind of rumors as well as controversies. He has been able to maintain his personal and professional life. In the same way, he has not performed any activities which would create controversial matters.

Woefully, there are no exact body measurements of talented artists, Brandon such as chest size, waist size, hip size, and so on. However, his height and weight are known. He is five feet and seven inches tall. On the other hand, his weight is sixty-five kgs.

By the same token, his eyes are brown colored and have light brown colored hair. His shoe size and dress size are also not known to anyone.