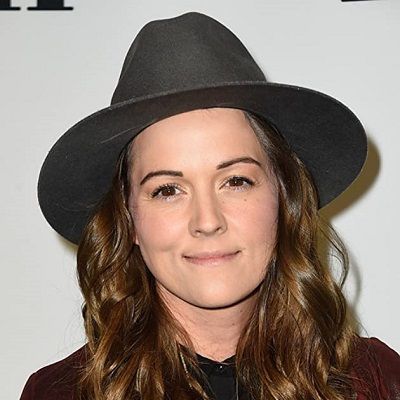 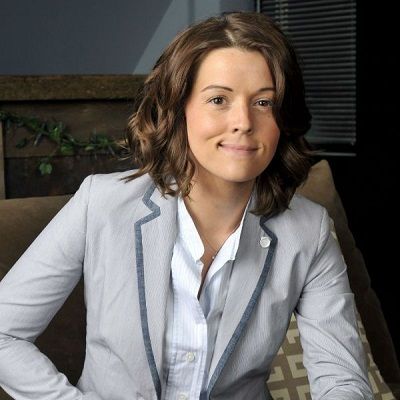 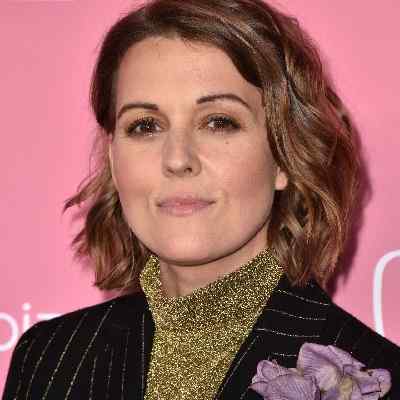 Brandi Carlile is a prominent American singer, songwriter, and producer. Brandi Carlile is best known for her albums like “The Story”, “By the Way, I Forgive You”, “Bear Creek”, “Give Up the Ghost”, etc. Some of her popular songs include “The Mother”, “The Eye”, “Every Time I Hear That Song”, “Hallelujah”, and many more.

Brandi Carlile was born on 1 June 1981 in Ravensdale, Washington, the U.S. It is a small town 30 miles outside Seattle. And currently, she is 39 years old. Growing up in the only house for miles, she played in the woods, built forts and played music with her siblings. She has a brother named Jay and a sister named Tiffany. Her mother is a singer and she taught herself to sing when she was a little girl.

She then started singing country songs on stage when she was only 8 years old. She did so after her mother took her to a local country radio show. With few neighbors or friends nearby, the singer grew up learning to make her entertainment. This included hiking trips in the nearby woods and self-taught vocal lessons. She also grew attached to the classic country music her parents doted on, specifically Patsy Cline.

Moreover, at age eight, she performed Johnny Cash’s “Tennessee Flat Top Box” with her mother. Her mother’s name is Teresa Carlile. Moreover, she has two siblings namely Tiffany and Jay. She began playing the guitar and writing songs at the young age of 15. Then at 16, she became a backup singer for an Elvis impersonator.

However, she has revealed that she was diagnosed with attention deficit disorder as a teen. She attended Tahoma High School. But she later dropped out to pursue her music career. After being introduced to the music of Elton John, she taught herself to play piano and then at the young age of 17, she also learned to play the guitar. 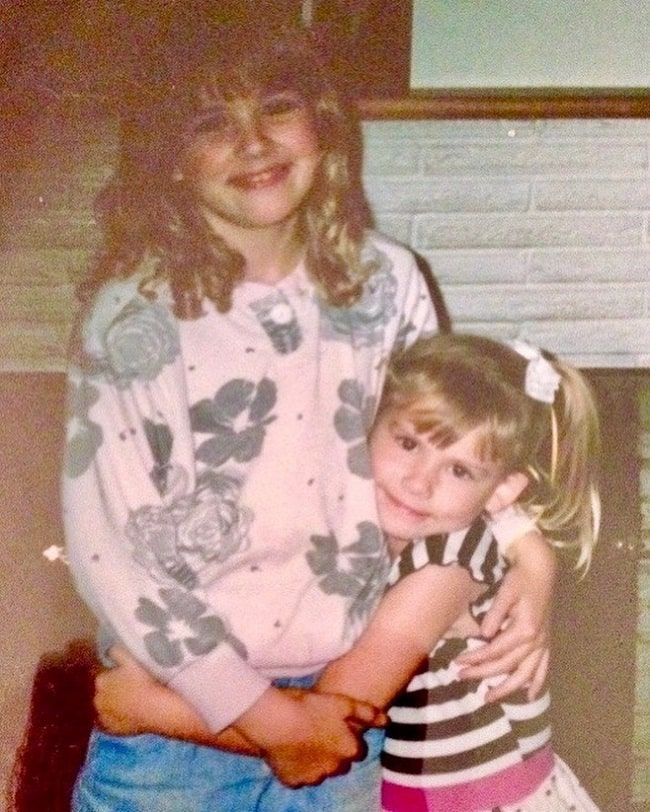 Brandi Carlile began her singing career by performing in Seattle music clubs with twin brothers Tim and Phil Hanseroth, who were part of the band Fighting Machinists. Columbia Records signed her in 2004 on the strength of songs she had been recording periodically at home. She released her songs in 2005 and showcased those early songs along with newly recorded tracks in the album Brandi Carlile. Then in 2006, Columbia Records re-released them and also included re-recordings of Throw It All Away and What Can I Say.

Her album earned enthusiastic reviews and Rolling Stone featured her on its “10 Artists to Watch in 2005” list. Interview and Paste also included her on the “artists to watch” lists. The album also peaked at No. 80 on Billboard 200 and reached No. 1 on US Folk Albums.

Soon after the release of the album, she left her home in Seattle and set out with the Hanseroth brothers. She worked with them on her earliest recordings and independent regional tours. The tightly knit trio forms the core of her band today and they spent the better part of two years on the road honing the songs that later became part of her album The Story.

By the end of 2006, she had embarked on several headlining tours and supported a variety of artists like Tori Amos, The Fray, Ray LaMontagne, Chris Isaak, and Shawn Colvin.

A songwriter whose yearning, probing spirit is matched by her powerful, soaring voice, Brandi Carlile made a splash with her self-titled debut album in 2005. Yet the mainstream acclaim was so sudden, it almost seemed as if it arrived overnight when she received six Grammy nominations for her 2018 album titled, By the Way, I Forgive You.

Between those two albums, she had her share of success. The haunted, churning The Story won her a gold certification for the album of the same name. But she worked steadily and reliably, building up a cult audience and industry connections that all crested with, By the Way, I Forgive You.

Her visibility elevated and she capitalized on her stardom by joining with Amanda Shires, Maren Morris, and Natalie Hemby in the country supergroup the High women. Its 2019 debut helped underscore her stardom and artistic depth.

Then in 2000, she recorded the first of several self-released recordings that sold briskly at shows. By the year 2005, she gained enough buzz to secure a contract with Columbia Records, which released her self-titled debut later that same year. The album earned enthusiastic reviews. The next year, she and her band began work on her second Columbia album, The Story, with T-Bone Burnett producing.

Give Up the Ghost followed in late 2009 and cracked the Top 40, featuring production from another high-caliber studio hand, Rick Rubin, as well as a duet with childhood idol Elton John. She rang in 2010 by issuing a Valentine’s Day-themed EP, XOBC. She also continued to tour, making a well-received stop at the annual Bonnaroo Festival that summer and collaborating with the Seattle Symphony for two shows in November. The symphonic concerts were recorded and released the following year as Live at Benaroya Hall. 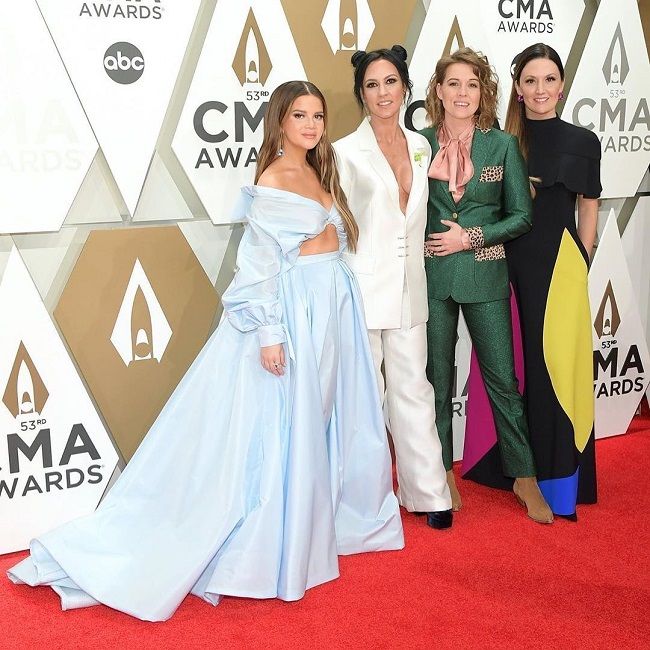 Caption: Brandi Carlile with the Highwomen at the Red Carpet of CMA. Source: Instagram

Then in 2012, she returned with the album Bear Creek. It featured production from Grammy Award-winning mixer/producer/engineer Trina Shoemaker. Bear Creek included the single That Wasn’t Me. Moreover, she returned to Bear Creek Studios to put together her follow-up, The Firewatcher’s Daughter.

Opting for a loose and live feel for the album, they recorded the album almost without demoing any of the songs or overdubs. They released it in the first week of March 2015 and earned Brandi Carlile her first Grammy nomination for Best American Album. Then in 2017, she commemorated the tenth anniversary of The Story by assembling a star-studded charity album for the nonprofit “War Child, Cover Stories: She Celebrates 10 Years of the Story”.

Moreover, inspired by an Adele cover of “Hiding My Heart,” this album also featured Dolly Parton, Pearl Jam, Kris Kristofferson, Jim James, and Avett Brothers, among many others.

She returned with her sixth studio album titled By the Way I Forgive You. It is co-produced by Dave Cobb and Shooter Jennings in February 2018. This LP became Carlile’s highest-charting outing to date.

Similarly, in October 2018, she teamed up with English singer/songwriter Sam Smith for a lush orchestral version of album closer “Party of One”. Two months later, she received six Grammy nominations. This included three of the biggest categories, “Album of the Year”, “Record of the Year”, and “Song of the Year”. She took home three trophies. They were for the album, By the Way, I Forgive You. The album won “Best Americana Album”, and The Joke that scored “Best American Roots Song” and “Best American Roots Performance”.

Then in early 2019, she was featured on country singer Maren Morris’ second album, Girl. This album reached the Top Five of the Billboard 200. Brandi Carlile, Morris, Amanda Shires, and Natalie Henby made their festival debut as Highwomen at the Newport Folk Festival in July. This followed after an appearance at a Loretta Lynn tribute concert celebrating the singer’s 87th birthday that April.

The quartet’s self-titled debut album arrived on Elektra in September 2019 and this reached the U.S. Top Ten while topping the country chart. The same year in October, she performed Joni Mitchell’s album Blue at Walt Disney Concert Hall in Los Angeles.

In a November 2002 interview, Brandi Carlile identified herself as a lesbian. She later told the Los Angeles Times, “I don’t have to have a lot of formality around it. There were people before me who paved the way.” Later in June 2012, she announced her engagement to Catherine Shepherd. The two were married on 15 September 2012 in Boston, Massachusetts. 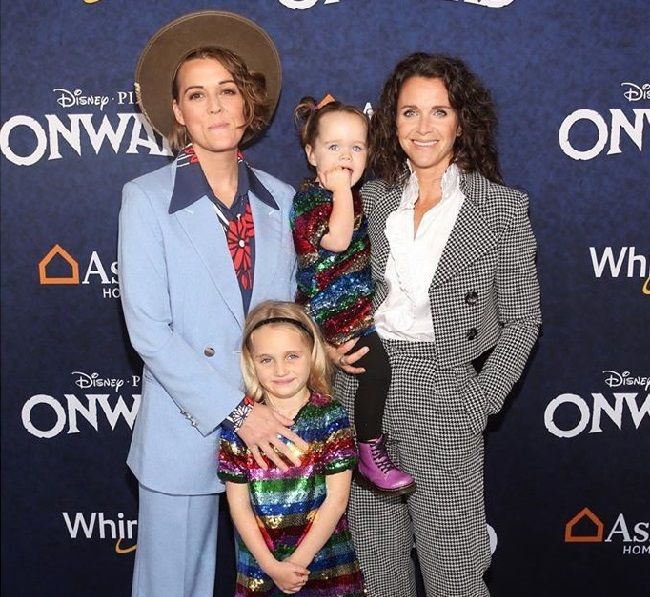 The couple has two daughters, Evangeline and Elijah. Moreover, she is the inspiration behind a restaurant in Seattle across from the Paramount Theatre called “The Carlile Room”. Additionally, she keeps some goats, chickens, a horse, a dog, and a cat. She is a Christian and lives in Maple Valley, Washington.

Phil Hanseroth, who played together with her since the beginning of her career is now her brother-in-law. Phil is her younger sister’s husband. The three got matching tattoos of the Auryn amulet, the double ouroboros – two intertwined snakes, each swallowing the other’s tail – that is the central magical item in the book and movie The Neverending Story.

In the year 2008, Carlile, Tim, and Phil Hanseroth established the “Looking Out Foundation”. This is an organization that gives financial support to causes in which they believe. The foundation has awarded grants to organizations like Reverb, Honor the Earth, The Bridge School, UNICEF, The Women’s Funding Alliance, Doctors Without Borders and the HRC.

This foundation has launched numerous grassroots campaigns including Looking Out For The Hungry, The If Project and The Story Campaign. Brandi Carlile donates $1 from every concert ticket sale to the foundation. Moreover, in January 2010, the foundation partnered with the Seattle Police Department, the Indigo Girls, and two local Seattle self-defense studios to support the Fight the Fear Campaign. There are several more incredible work that this foundation has done in collaboration with other bodies for the well-being of society.

Brandi Carlile is available on several social media platforms. She joined Twitter in March 2012 and so far has 115.1 million followers. Similarly, on her Instagram handle @brandicarlile, she has 439k followers and 1400 posts as of April 2020. She also has her official Facebook page with over 374 thousand followers. Likewise, her self-titled Youtube channel has 174k subscribers.

Moreover, talking about the artist’s net worth, it is estimated at around $2 million. Additionally, she also makes around $500 thousand per year.