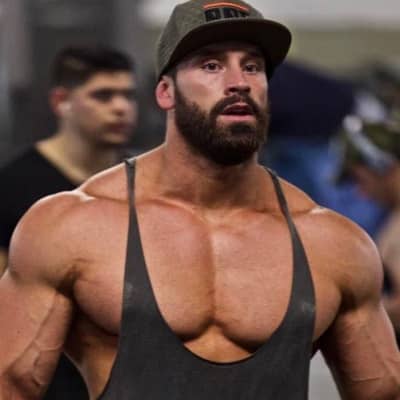 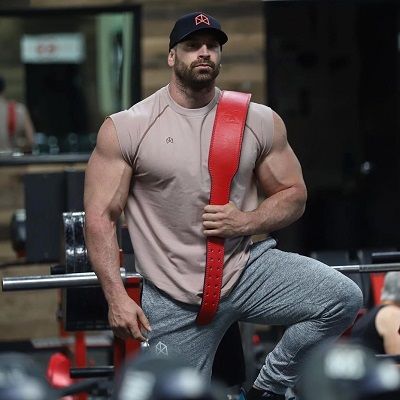 Bradley Martyn was born on 22nd May 1989 and is currently 33 years old. His zodiac sign is Gemini. He was born in San Francisco, California, United States of America. His nationality is American, belongs to the white ethnic group, and follows Christianity.

There is no information about his family and siblings’ names. However, there is information that, he had a very tough childhood. His father committed suicide when he was just six years old while fighting acute depression and misery.

He grew up without having a father figure and he became very independent in childhood. 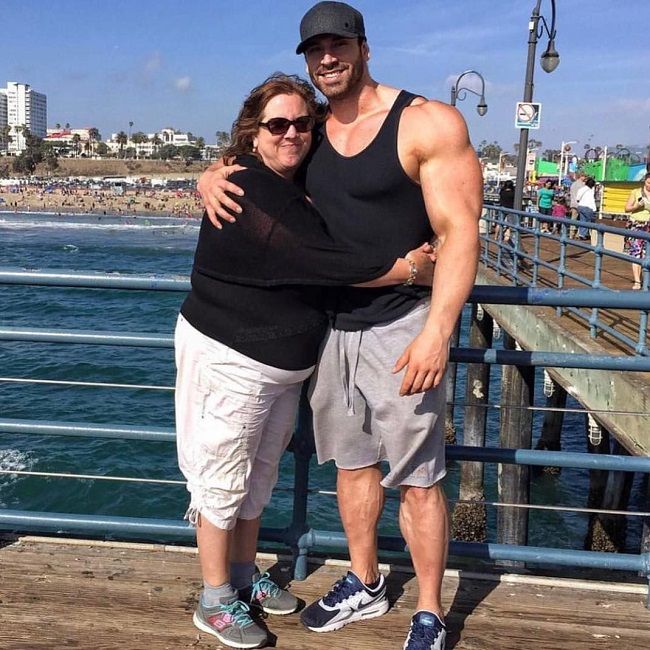 Furthermore, reflecting upon his educational background, there is a rumor that he dropped out of college one semester before his graduation to focus on careers.

Bradley Martyn has an insane physique with a toned and muscular body. Moreover, he usually trains around five or six times a week and has a motto saying ‘Every day is arm day. Likewise, his weight-lifting routine is focused on more than 75-80% of one-rep max weight.

Likewise, looking at his physical appearance, he has fair skin with hazel brown eyes and a beard on his face. However, there is no further information about his body measurement given. 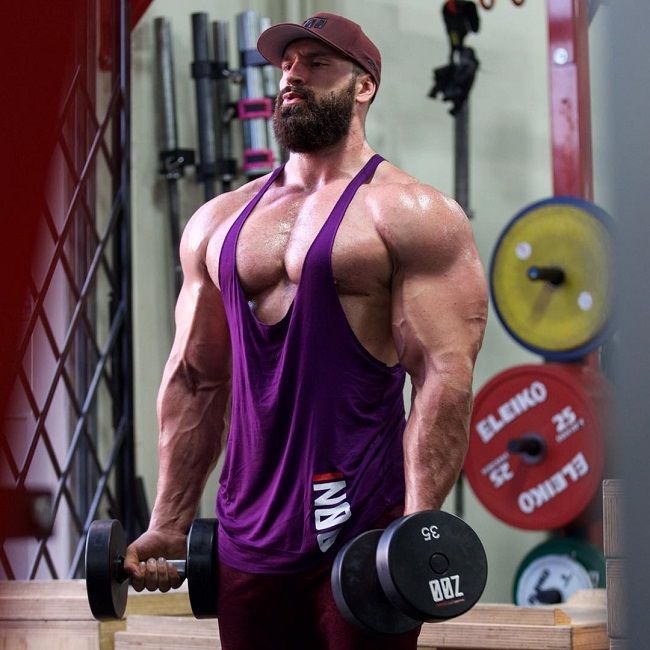 Similarly, his Instagram handle is @bradleymartyn and has over 3.6 million followers on it

Bradley Martyn started his fitness journey early at the age of 14 when he began his training in the gym. Likewise, with this, he slowly developed his powerlifting skills and developed quite a fascinating physique.

Moreover, there was significant growth in his knowledge about fitness, weight training, and proper nutrition. Likewise, with this, in January 2006, he launched his own fitness program called ‘BMFit’.

This program was a fitness program, that gave training routines as well as meal plans and nutritional supplemental guidance for people.

Likewise, he also co-founded the fitness organization ‘Zoo Culture Gym’ in May 2017. Likewise, he is also the owner of gym-related equipment like ‘Origin Supplements and clothing apparel and fitness equipment ‘BMFIT Gear’.

Similarly, he became the CEO of AlphaCre8tivedesigns in July 2012.

Even though he began his journey in fitness in January 2006 but he launched his own channel in August 2014. He started his self-titled channel ‘Bradley Martin’ and posts fitness-related content.

Currently, his channel has more than 886 videos which have over 355 million views and over 2.48 million subscribers in it. Likewise, his oldest video was about ‘Beginner Chest Routine’, ‘Beginner Leg Routine’, ‘Bench Press’, ‘Pull up’, and ‘Challenges’.

Similarly, the most popular video on his channel is ‘Hitting on Girls at Golds Gym the Mecca’ which has more than 13 million views so far. Likewise, his second more popular video is ‘Bradley Martyn Got Kicked out of Planet’ and has over 10 million views.

Similarly, his other popular videos include, ‘Logan Paul Punched Me in the Face!’ and ‘Teenage Attached for Deadlifting in Montreal’ has more than 7 million views on his channel.

Besides his primary Youtube channel, he also has another channel ‘Bradley Martyn’s Culture Cast’ in which he posts video podcasts every Thursday. He opened this channel on 19th September 2017 and has over 2.2 million views on his videos.

Throughout his journey in fitness, he has made quite impressive contributions to his professional portfolio. Bradley Martyn won the ‘NPC Southern California Championship’ in the year 2011 and ‘NPC Phil Heat Classic Event’ in the year 2013.

Similarly, he was also the runner-up in the 2011 ‘NPC USA Championship’.

Moreover, Bradley Martyn has not been associated with any type of controversy before. He has been making a clean appearance and also does not have any controversies surrounding him around.

Likewise, he is straight and not in a relationship with anyone. Moreover, he has not even shared anything about his past relationship either.

Likewise, apart from being a fitness instructor and Youtube star, he also owns several franchises and has earned quite a fortune throughout his career. Similarly, according to various sources, her net worth is around $8 million.

However, there is no information regarding his asset value.