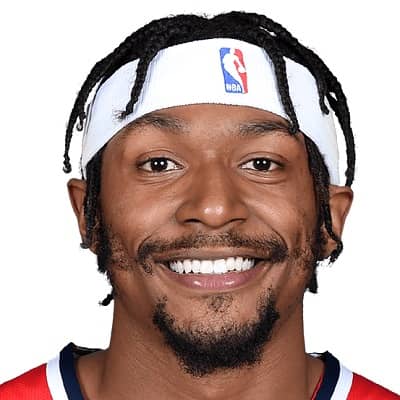 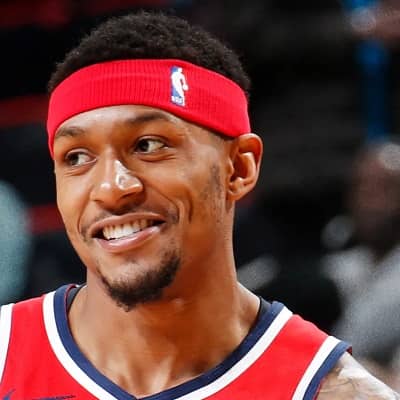 Bradley Beal is an NBA basketball player and plays from the shooting guard position for the Washington Wizards in the United States. Moreover, Bradley Beal was drafted third overall in the 2012 NBA draft by the Wizards after playing college basketball for the Florida Gators.

Bradley Emmanuel Beal best known as Bradley Beal was born on 28th June 1993, in St Louis, Missouri, the United States of America. As of now, this basketball player is 28 years old and is a citizen of the United States. Moreover, he has a zodiac sign of Cancer and is a Christian by religion. He is the son of Bobby Beal (father) and Besta Beal (mother). He has four siblings whose names are Byron Beal, Brandon Beal, Bruce Beal, and Bryon Beal.

Talking about his academic career, he studied at Chaminade College Preparatory School St Louis. He was a member of the United States team that won the 2010 FIBA Under-17 World Championship, scoring 18 points per game. Beal averaged 32.5 points per game, 5.7 rebounds per game, and 2.8 assists per game during his final year of high school. He was named the 2011 Mr. Show-Me Basketball at the end of his senior season, recognizing him as Missouri’s best high school basketball player.

He was also voted National Player of the Year by Gatorade in 2011. Moreover, he enrolled at the University of Florida on November 30, 2009. During the 2011–12 season, he obtained an athletic scholarship to attend the university and played men’s basketball for coach Billy Donovan’s Florida Gators.

He began his first game at Florida and scored 14 points. On November 28, 2011, he was selected SEC Freshman of the Week. He went on to earn five more SEC Freshman of the Week awards, as well as being selected to the SEC All-Freshman Team and first-team All-SEC. Again, he averaged 14.8 points per game throughout the season. He also assisted his team in reaching the NCAA tournament’s Elite Eight before losing to Louisville.

Bradley announced his intention to pursue the 2012 NBA Draft in April 2012. The Washington Wizards picked him as the third overall choice in the Draft. He played well after signing his rookie contract with the Wizards and was named Eastern Conference Rookie of the Month in December 2012 and January 2013. He also represented the Rising Stars team in the 2013 All-Star Weekend.

His debut season was cut short in April 2013 due to a right leg injury. His performance earned him a spot on the NBA All-Rookie first team after only 56 games, and he placed third in the Rookie of the Year voting.

Bradley returned to form in his sophomore season, the 2013-14 season. He finished second in the Three-Point Shootout during the All-Star weekend. For the first time since 2005, he also led his team to the second round of the playoffs. He missed the first nine games of the 2014-15 season due to a fracture in his left wrist.

In addition, he returned to play in November but was forced to sit out again in February due to injury. He went on to participate in the Eastern Conference playoffs, but the Wizards were defeated by the Atlanta Hawks.

Contract extension with the team 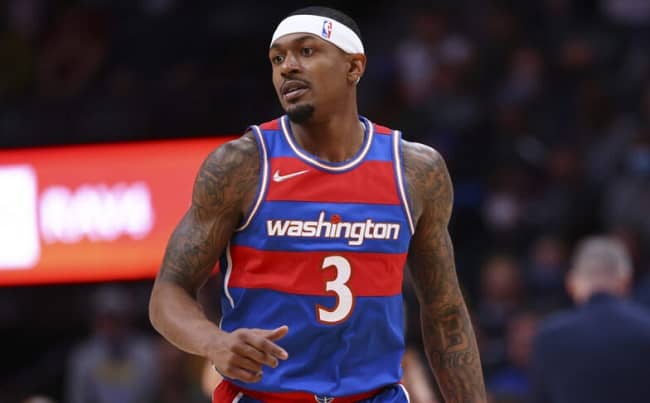 He had a difficult season in 2015-16 due to several injuries, which limited him to only 55 games, the lowest in his career. Bradley signed a contract extension with the Wizards in July 2016. Throughout the season, he remained in excellent shape. He guided the Wizards to the second round of the playoffs when they were defeated by the Boston Celtics in seven games.

He became the NBA’s youngest player to hit 700 three-pointers in November of the 2017-18 season. For the first time in his career, his outstanding performance earned him a spot in the All-Star game. The Toronto Raptors eliminated the Wizards in the first round of the playoffs.

He made the most three-pointers for the Wizards in the 2018-19 season. Additionally, he also made history as the NBA’s youngest player to hit 900 three-pointers. He was also selected for the 2019 All-Star Game. Bradley became the first player in Washington Wizards history to surpass 2000 points, 400 assists, and 400 rebounds in a season in April 2019. For the second straight season, he appeared in all 82 regular-season games.

On January 6, 2021, he set a career-best with 60 points against the Philadelphia 76ers in a 141–136 defeat, tying Gilbert Arenas’ Wizards club record for most points scored in a game by a player. He was chosen to play in his third All-Star Game as a starter on February 18, 2021. In addition, he was chosen to join his childhood friend Jayson Tatum on Kevin Durant’s team as a starter for the All-Star Game. He expected to have season-ending surgery on his left wrist on February 8, 2022. He appeared in forty games but hit a career-low 30 percent from the three-point range.

National team career and other works

He agreed to play for the United States at the 2020 Olympic Games, which were postponed until 2021 because of the COVID-19 epidemic. After testing positive for the coronavirus after three exhibition games, he was pulled out of the Tokyo Olympics.

Moreover, he made his first appearance in the television series NBA on YES in 2017. He also appeared on Hoops Africa: Ubuntu Matters Self in the same year. Meanwhile, Beal was featured on TNT’s NBA on TNT for the 2018-2019 season.

Later, he appeared as an actor on ESPN’s NBA from 2020 to 2021. Bradley Beal: The Inspiring Story of One of Basketball’s Most Prolific Shooting Guards is released in 2017 as a basketball biography book. WOYG Enterprises produced a book under his hallmark training regimen, just as it took only two years to recognize him as the hardest player.

This basketball player was named on the Parade All-America Boys Basketball Team. In 2013, he names to the NBA All-Rookie Team. Moreover, he received in NBA Community Assist Award.

As a professional basketball player, he has earned a huge sum of money. His net worth is estimated at around $40 million and his annual salary is more than $25.6 million. 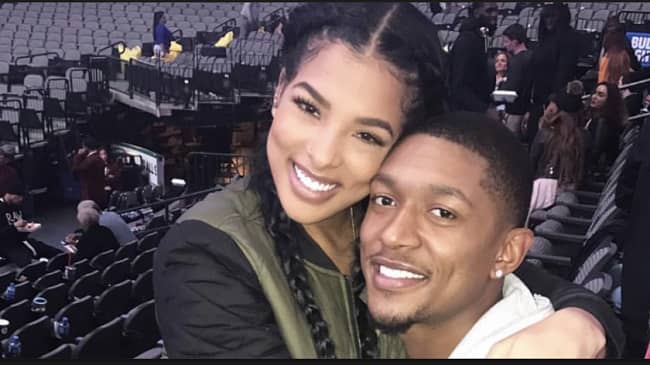 This athlete is a married man. Moreover, he married Kamiah Adams who is an actress. The couple is blessed with two sons whose names are Deuce and Braylon. Moreover, Bradley is not a part of controversy or rumors and focuses on his personal and professional life.

This basketball player is 6 feet 3 inches tall and weighs around 94kg. Moreover, this man has black hair with brown eyes and there is no more other information regarding his body measurements. 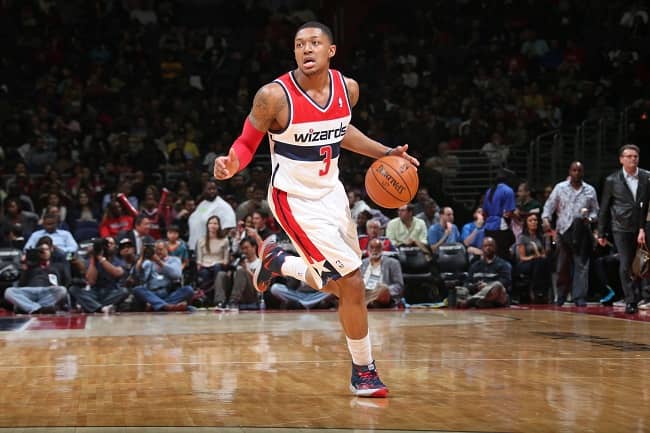