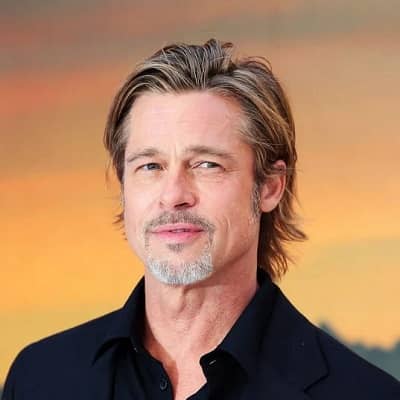 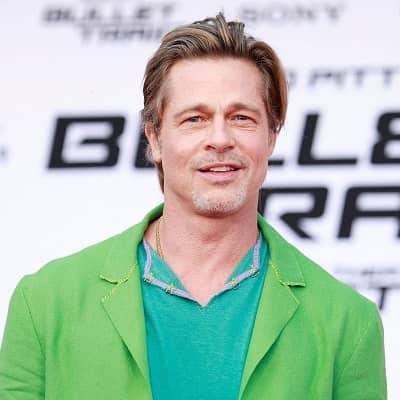 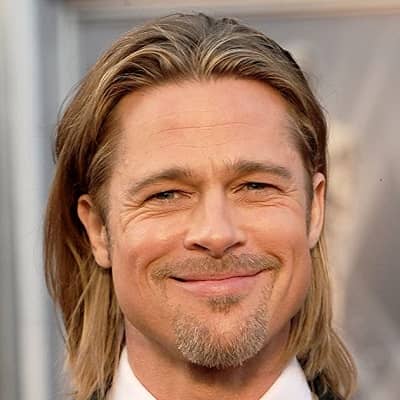 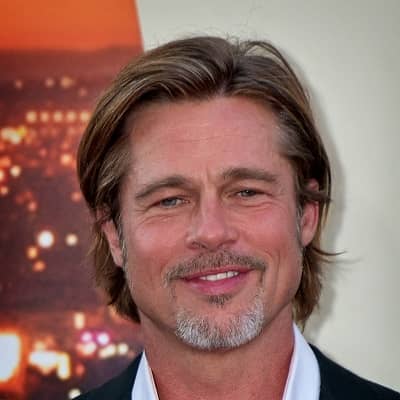 Brad Pitt was born on 18 December 1963 and he is currently 58 years old. He hails from Shawnee, Oklahoma, and his zodiac sign is Sagittarius. Likewise, his full name is William Bradley Pitt.

Talking about his family, Pitt’s parents are William Alvin Pitt and Jane Etta (née Hillhouse). His father was the proprietor of a trucking company whereas his mother was a school counselor. Similarly, he has two siblings namely Douglas Mitchell born, in 1966, and Julie Neal born in 1969. 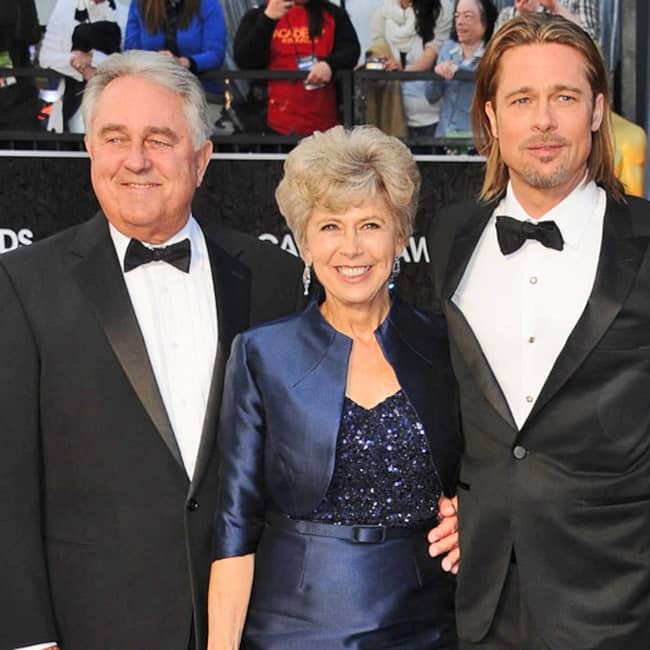 Caption: Brad Pitt posing for a photo with his parents at an event. Source: Eonline

Talking about his educational journey, this personality attended Kickapoo High School. There, Pitt was a member of the golf, swimming, and tennis teams. Likewise, this personality also participated in the school’s Key and Forensics clubs, in school debates, and in musicals.

After this high school graduation, this personality enrolled at the University of Missouri in the year 1982. There, Pitt majored in journalism with a focus on advertising.

Professionally, Brad Pitt is a famous actor and film producer. As such, Pitt has received various awards. Some of them are – a British Academy Film Award, a Primetime Emmy Award, an Academy Award, two Golden Globe Awards, and two Screen Actors Guild Awards.

In the year 2001, this personality co-founded the production company – Plan B Entertainment – alongside Brad Grey and Jennifer Aniston. His company has produced various films like The Departed, 12 Years a Slave, and Moonlight. All of these films have received the Academy Award for Best Picture.

Initially, this actor gained recognition as a cowboy hitchhiker in the film Thelma & Louise in 1991. His first leading roles in big-budget productions were his roles in A River Runs Through It in 1992 and Legends of the Fall and Interview with the Vampire both in 1994.

His roles in Seven and 12 Monkeys were some of his critically acclaimed performances. Similarly, his performance in the latter earned Pitt a Golden Globe Award for “Best Supporting Actor” and an Academy Award nomination. He finished the 1990s playing the role of Tyler Durden in Fight Club. 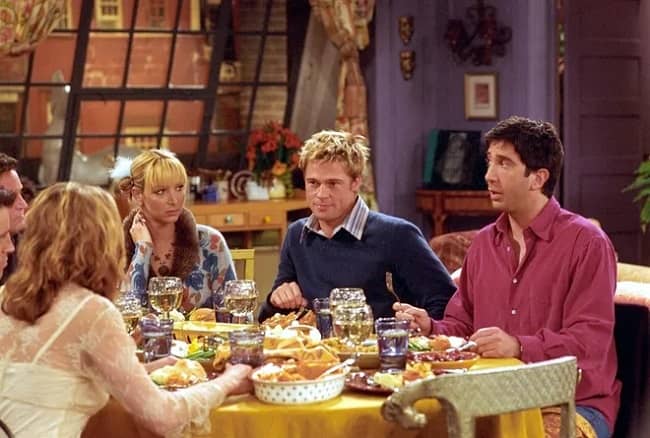 One of Pitt’s greatest commercial successes is the 2001 film Ocean’s Eleven. Pitt reprised this role in its sequels Ocean’s Twelve in 2004 and Ocean’s Thirteen in 2007. His other popular works include Troy, Mr. & Mrs. Smith, and World War Z. Some other popular works are Babel, The Assassination of Jesse James by the Coward Robert Ford, Burn After Reading, Inglorious Basterds, The Tree of Life, The Big Short, and Ad Astra.

For his roles in The Curious Case of Benjamin Button and Moneyball, Brad received Academy Award nominations. Then in 2019, this actor won the Best Supporting Actor Oscar for his role in Once Upon a Time in Hollywood.

As a producer, Pitt worked on the projects The Tree of Life and Moneyball in 2011, Selma in 2014, and The Big Short in 2015. As a public figure, this popular actor is cited as one of the most powerful and influential people in the American entertainment industry. For many years, various media outlets cited Pitt as the world’s most attractive man. 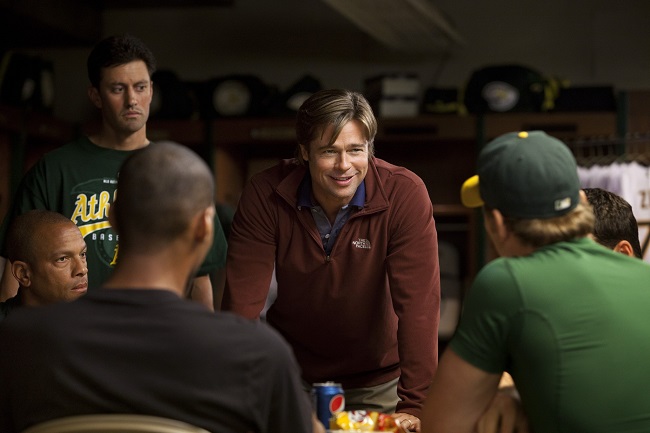 Caption: Brad Pitt in a scene from Moneyball. Source: IMDb

Brad Pitt was married to Angelina Jolie from 23 August 2014 to 12 April 2019. Prior to their marriage, Jolie and Pitt had their engagement in April 2012 after 7 years old being together.

Together, they welcomed Shiloh Nouvel on 27 May 2006 in Swakopmund, Namibia. Likewise, the family welcomed the twins Knox Léon and Vivienne Marcheline on 12 July 2008 in Nice, France. Likewise, he has three adoptive children namely Maddox Jolie-Pitt, Zahara Jolie-Pitt, and Pax Thien Jolie-Pitt.

Talking about his past relationships, he dated several costars from the late 1980s to the early 1990s. They were Robin Givens, Jill Schoelen, and Juliette Lewis. Subsequently, the actor had a much-publicized romance and engagement with Gwyneth Paltrow. 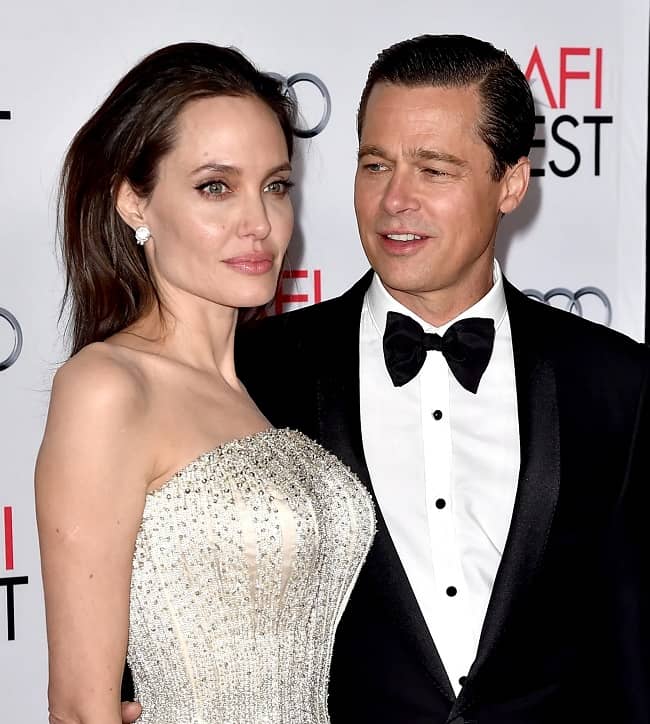 Caption: Brad Pitt posing for a photo with his ex-wife Angelina Jolie at an event. Source: Vanity Fair

Brad Pitt stands tall at an approximate height of 1.80 meters or 5 feet 11 inches and his weight is around 78 kg or 172 lbs. Similarly, Pitt’s chest-waist-biceps sizes are 43-33-15 inches respectively. Further, Pitt has blonde hair and beautiful blue eyes.

Talking about his social media presence, Brad Pitt doesn’t have any official accounts on any social media platforms like Twitter, Facebook, Instagram, etc. Nevertheless, there are many fan pages on these platforms in the name of Brad Pitt.

Moving on, Brad Pitt has a net worth of around $300 million US dollars. Pitt’s major sources of income are his numerous projects in the field of acting, producing, and others in the entertainment industry.