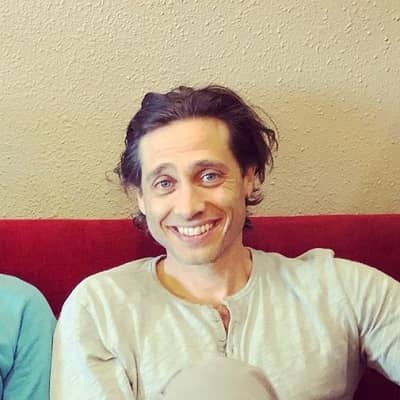 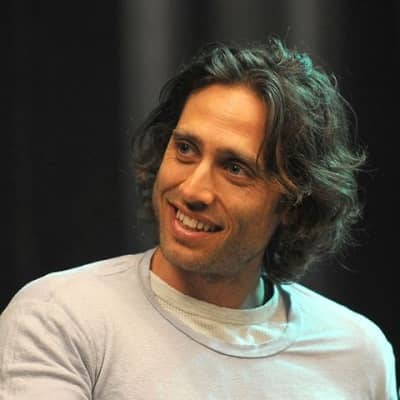 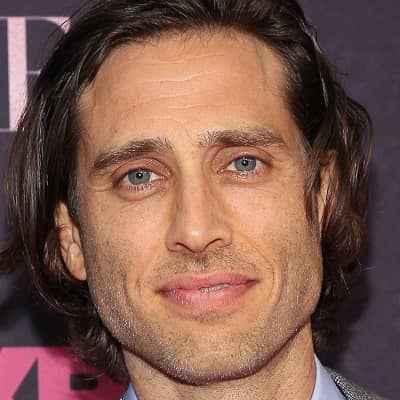 Brad Falchuk is a prominent American screenwriter, director, and producer. Brad Falchuk famous as a part of the RIB trio with Ryan Murphy and Ian Brennan.

Brad Falchuk was born on March 1, 1971, and he is currently 50 years old. Brad hails from Newton, Massachusetts, USA, and his zodiac sign is Pisces. Moreover, his full name is Bradley Douglas Falchuk and his parents are Jewish. Talking more about his family, Brad’s mother is Nancy Falchuk. Nancy is the national president of the Hadassah Women’s Zionist Organization of America from 2007 to 2011. Likewise, Brad also has a brother named Evan Falchuk and a sister Aimee Frances Falchuk.

During high school, Brad tried to stand out from his classmates. To do so, Brad wore a tie to school each day. Similarly, Brad also played baseball, basketball, and lacrosse at his young age. Regarding this matter, Brad said:

“I was always trying to look smart because I didn’t feel smart.”

In reality, Brad suffered from undiagnosed dyslexia. In the year 1993, Brad Falchuk graduated from Hobart and William Smith Colleges. Later on, Brad also completed his Master’s degree from AFI Conservatory. 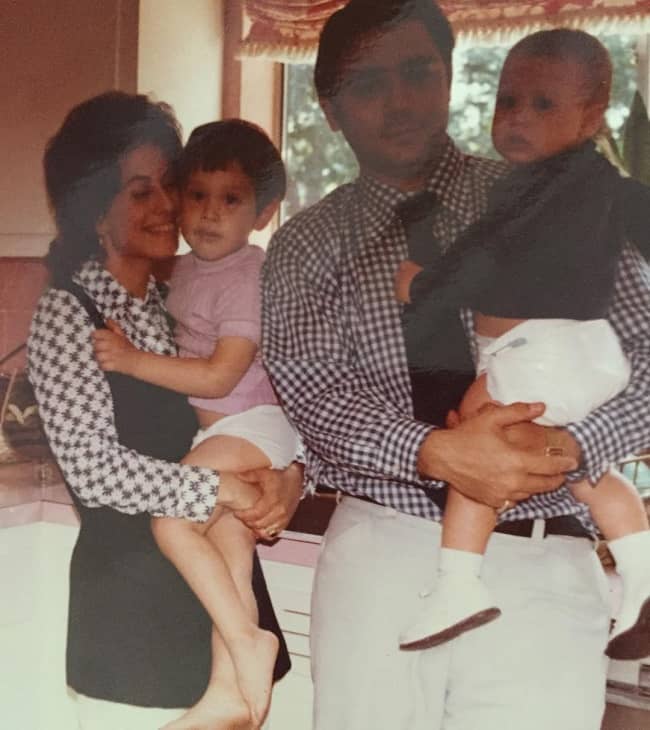 Caption: Brad Falchuk in a childhood photograph with his parents and brother. Source: Instagram

Professionally, Brad Falchuk is a TV writer, director, as well as a producer. Brad is most recognized for being the co-creator of Glee. It is the comedy-drama TV series that he created with Ryan Murphy. The duo also co-created Pose, American Horror Story, and Scream Queens. Brad is also the writer and executive producer for the TV series Nip/Tuck.

While working on the latter, Brad formed a close bond and partnership with the show’s creator, i.e. Ryan Murphy. Since then, Fulcuk and Murphy have as worked together on several projects. The duo also wrote a TV pilot called Pretty/Handsome. It is about a transgender gynecologist and the FX network bought the pilot in the year 2008. However, they didn’t pick it as a series.

As Nip/Tuck neared its sixth and final season, the writers’ duo teamed up with Ian Brennan. Back then, Ian had written a screenplay about high school show choirs. The three of them worked together to pitch a one-hour comedy about a glee club to the Fox Broadcasting Company. This project was successful and turned into the TV show Glee. The three of them received two Writers Guild of America Award nominations for “Best Comedy Series” and “Best New Series”.

After the early success of Glee, 20th Century Fox Television signed a two-year, seven-figure deal with Brad. This deal involved further work on Glee and the development of other projects for the studio. 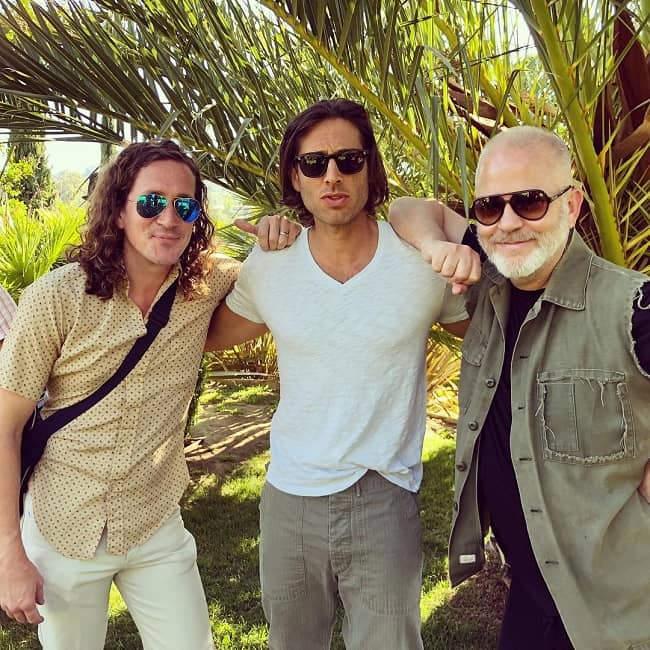 Caption: Brad Falchuk posing for a photo as a trio with Ryan and Ian. Source: Instagram

In the year 2011, Brad co-created American Horror Story. It is the FX horror-drama anthology series. For this project, Brad again worked with Ryan Murphy. This series stars popular actors including Jessica Lange, Dylan McDermott, and Connie Britton. This series also received nominations for 17 Primetime Emmy Awards in 2012, and 15 Primetime Emmys in 2013. Brad Falchuk was nominated for “Outstanding Miniseries or Movie” in both these years.

Then in the year 2014, American Horror Story was once again received nominations for 17 Primetime Emmy Awards. This time, Brad Falchuk was nominated for “Outstanding Writing for a Miniseries, Movie, or a Dramatic Special”.

Then in March of 2019, Brad signed a 4-year overall deal with Netflix. He signed the deal through his Brad Falchuk Teley-Vision production company to develop, write, produce, and direct a new series. 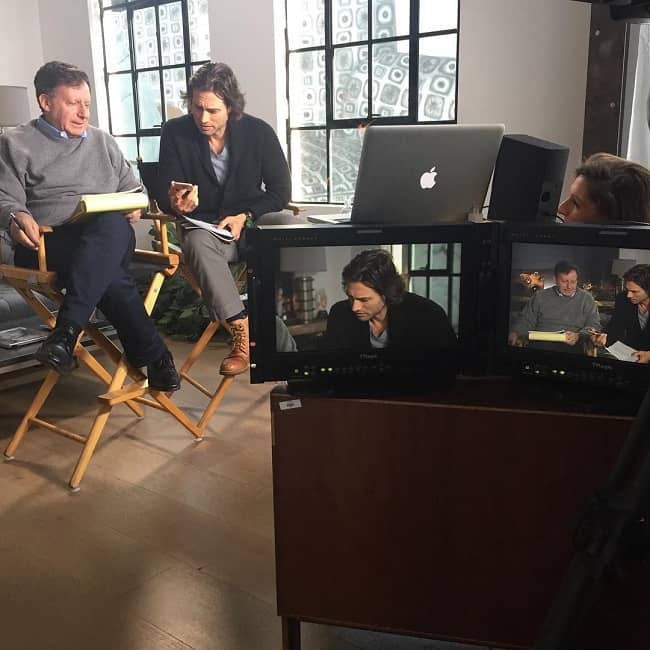 In the year 1997, Brad co-founded the arts education, nonprofit Young Storytellers. He did so as a student at the American Film Institute. Moreover, for this, Brad collaborated with Mikkel Bondesen and Andrew Barrett. They did this in response to cutbacks in funding for creative arts programs in Los Angeles Unified School District. The writer currently serves on the Young Storytellers advisory board of directors.

Moreover, Brad’s brother, Evan Falchuk, is the founder of the United Independent Party. Evan was also a candidate for governor in the 2014 Massachusetts gubernatorial election.

Then in the year 2008, the writer was diagnosed by his father and brother’s medical consulting firm as having a serious problem with his spinal cord. After undergoing emergency spinal surgery, Brad made a full recovery. Likewise, Brad’s experience inspired parts of the Glee episode “Wheels”.

Brad Falchuk began dating Suzanne Bukinik in the year 1994. Suzanne was a TV producer and she was Brad’s first wife. The couple tied the knot in the year 2002 and share two children. One of their children is a son named Brody. Later on, in the year 2013, the couple filed for divorce after being married for 11 years.

Subsequently, Brad Falchuk began dating actress Gwyneth Paltrow in the year 2014. The lovers met each other on the set of Glee in the year 2010. Brad and Gwyneth went public with their relationship in April 2015. This was at a birthday party after months of speculation.

On 8 January 2018, Brad and Gwyneth announced their engagement. The same year in July, the lovers announced that they would share their vows in a private and small wedding in September of 2018. As announced, the couple had their wedding on 29 September 2018 in The Hamptons, New York, on Long Island. 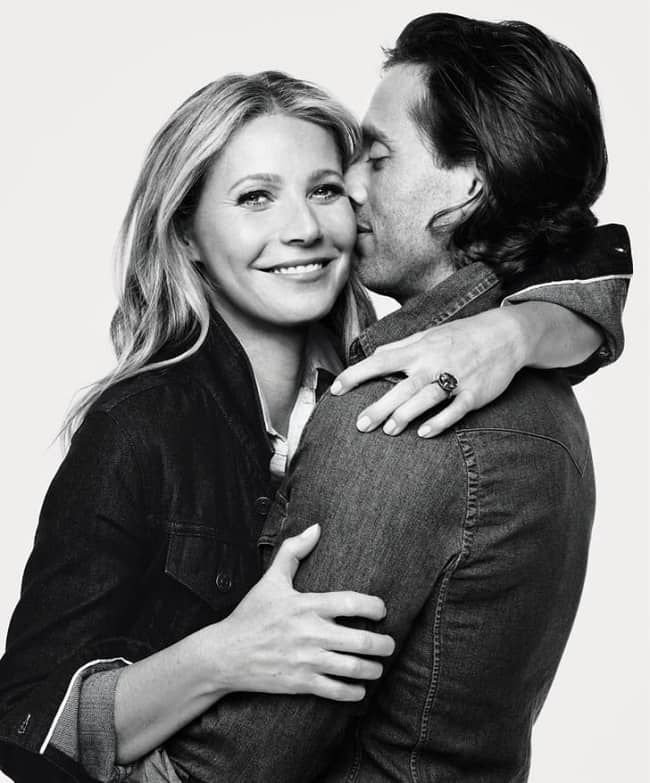 Brad Falchuk stands tall at an approximate height of 6 feet and his body weight is around 79 kg or 174 lbs. Other than his, there is no further information regarding Brad’s other body measurement details including his chest-waist-hip measures, dress size, shoe size, biceps, etc. Moreover, the writer has brown hair and blue eyes.

Talking about the screenwriter’s social media presence, Brad Falchuk is available on Instagram under the username @bradfalchuk. So far, Brad has shared exactly 129 posts and earned more than 119k followers on his personal account. Moreover, Brad joined Twitter in June 2010 and so far has over 101.5K followers on his @bfalchuk account. Moving on, Brad has a net worth of $30 million, and his wife, Gwyneth Paltrow has a net worth of $150 million.