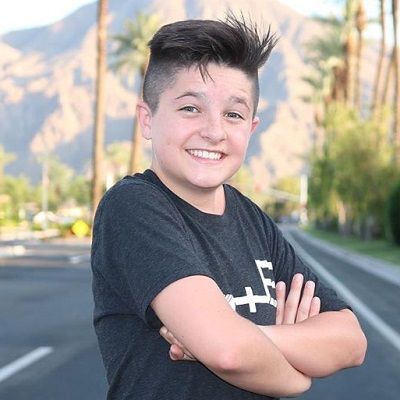 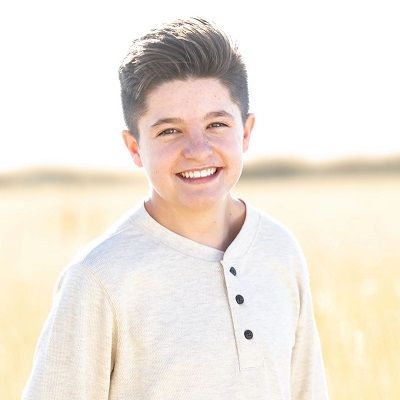 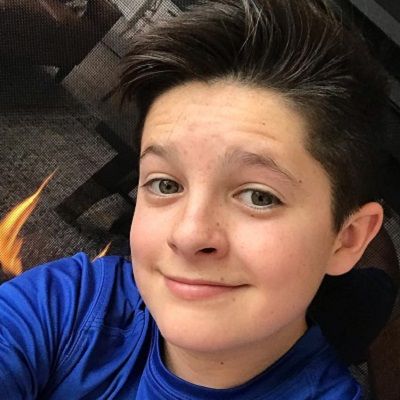 Furthermore, they own a pet dog named Frannie which is mostly featured on their social media. He has not shared his educational journey. However, as of his age, he might be attending high school at the moment.

Boston is the one in the family that never forgets to tell everyone goodnight and I love you. He’s always making sure his work is done and is super responsible. He’s the one that likes to hang out with the family the most! 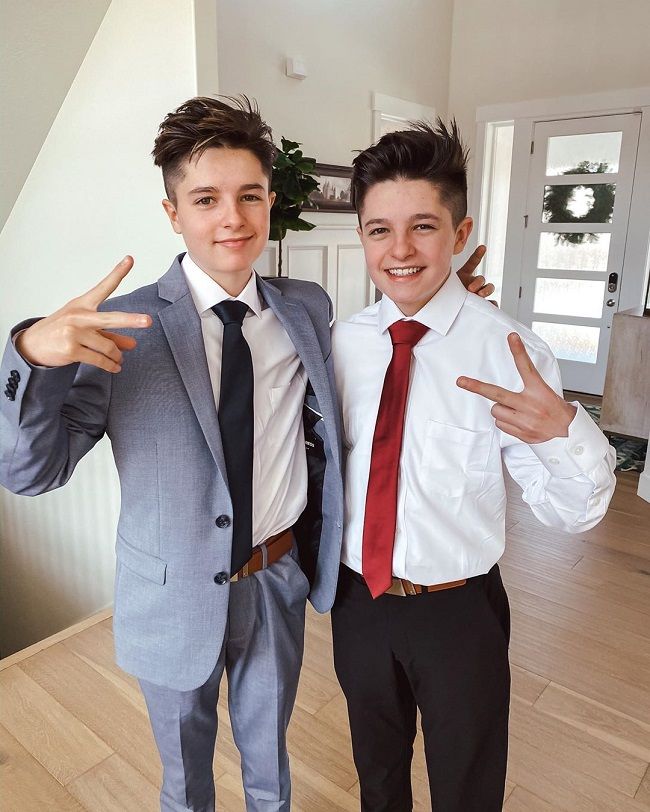 Boston and his brother, Brock began their social media career at a young age. They came up with their self-titled channel on June 16, 2016, and started posting vlogs and hauls among other interesting videos. They’ve also been featured on the Squared collaborative channel and run a family channel ‘The Mikesell Family’.

The videos captioned “FAKING SICK TO DITCH SCHOOL! | Brock and Boston” and “He got in trouble by TSA airport security! | Brock and Boston” are a few of the channel’s most popular videos. On March 24, 2020, he created his self-titled channel to upload his video blogs. Similarly, on 31st March 2020, he published the video captioned “Can I get TiK Tok famous in 24 HOURS?!” on his eponymous channel.

Some of the most popular YouTube videos from his self-titled Youtube channel are ‘Answering the most asked questions! FiRST ViDEO! ? ?| Boston’, ‘MORNING ROUTINE 2020’, ‘WHAT IT IS LIKE TO BE A TWIN YOUTUBER *VLOG’, ‘BAKING WITH BOSTON | *WHY DID I EVEN POST THIS?!’, ‘THINGS TO DO WHEN BORED! *QUARANTINED | BOSTON #Withme’, NIGHT TIME ROUTINE | I STAYED UP WAY TOO LATE *SORRY MOM AND DAD ?’, and many more. 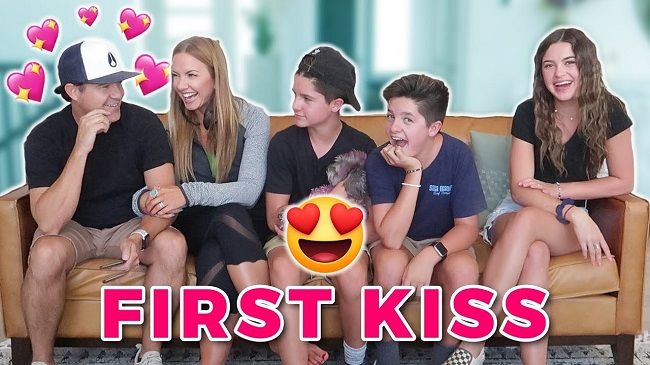 Boston is not dating anyone at the moment. He has never dated anyone publicly. Therefore, he has also not talked about his past linkups. However, it seems like he has never been in a relationship. Currently, he seems to be focused on her career as well as his studies.

Furthermore, Boston has not been into any kind of controversy and rumors and has a clear image. He has maintained a distance from the rumors that would harm his personal or professional life. However, he is rather focused on a full-time career than getting himself into scandals.

Recently in August of 2020, a small plane carrying six people of The Mikeshell family crashed near Moon Lake in Duchesne County on Friday, and miraculously, everyone survived. The plane’s pilot talked to KSL from his hospital room about the crash and what happened for all six people to survive.

Six people were on board the plane including Boston Mikesell with his twin brother, his family friends Feild, and Jazlyn, and his parents Betsy and Gentry Mikesell. They were out flying near Moon Lake on Friday morning.

His father said Shad and Gentry both suffered T12 back injuries and remain hospitalized. His mother also has a broken femur, tibia, and shattered ankle. In addition to this, his father suffered a broken nose and 3 fractures on his face. Likewise, Boston, the other twin, fractured a hip.

Boston, at a young age, has got a dashing and stylish personality. He stands tall at a height of 5 feet 5 inches and weighs around 57 kg. He has a Mesomorph body type and a fit body status. Moreover, his chest-waist-arms measurements are 35-28.5-11 inches respectively. Likewise, he wears a shoe size of 5 (UK). He is a little shorter than his twin brother, Brock. Moreover, he has brown hair and hazel eyes. 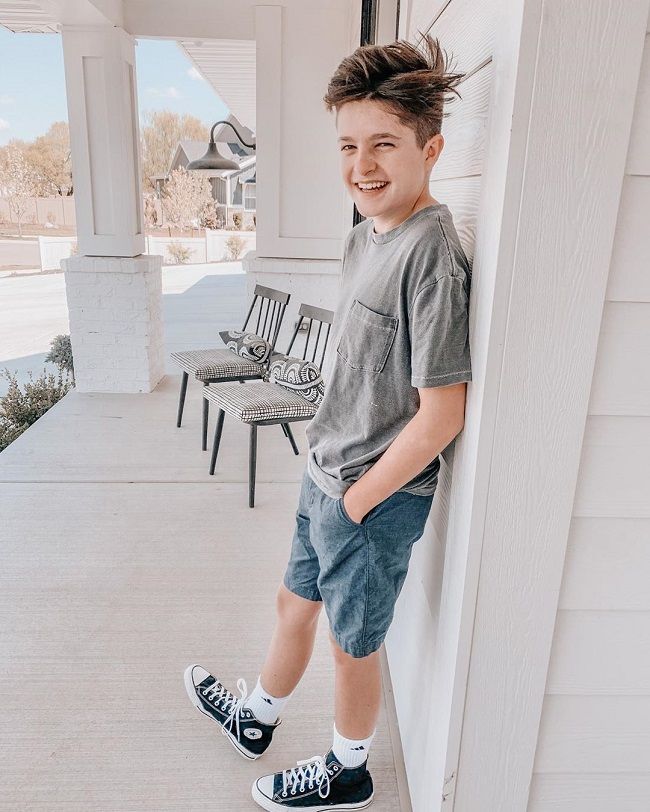 And their collaborative Instagram account ‘@brockandbostonofficial’ has garnered over 107K followers. Moreover, Boston also has his TikTok account where he has gained over 4K followers and over 11.5K followers. He has shared his Gmail, [email protected], for business inquiries. Further, their Twitter account has surpassed over 684 followers.

Concerning his earnings and net worth, the young blood would earn a certain amount of money through his profession. His various social media activities might make him a good amount for himself. However, his estimated net worth is around $1 million – $5 million.