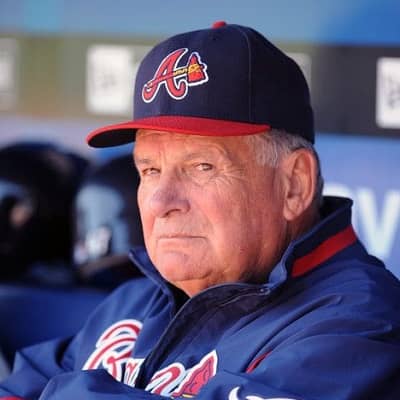 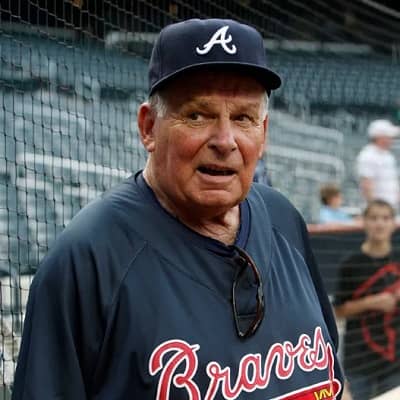 Bobby Cox is a former professional MLB third baseman and manager from the United States. Moreover, Bobby Cox played for the New York Yankees and coached the Atlanta Braves and Toronto Blue Jays.

Robert Joe Cox best known as Bobby Cox was born on 21st May 1941, in Tulsa, Oklahoma, the United States of America. As of now, he is 81 years old and is a citizen of the United States. Moreover, his zodiac sign is Gemini and his ethnicity is unknown. Regarding information about his parents, sibling, and childhood life is unknown.

Bobby was raised in Selma, Fresno County, California, and he studied at ‘Selma High School’ and ‘Reedley Junior College.’

Bobby Cox began his career playing with the Los Angeles Dodgers. However, this man never appeared in a major league game for the Dodgers. He was signed by the Atlanta Braves. Again, he did not appear in any MLB games for the Braves. In December 1967, he was transferred to the New York Yankees. Due to knee injuries, this player spent two seasons at third base.

He was the second of four stopgap players between Clete Boyer and Graig Nettles. He had a.225 batting average during his MLB career, 9 home runs, and 58 runs batted in. From 1967 to 1970, this player also played for the Venezuelan Winter League’s Cardenales de Lara and Leones del Caracas clubs. 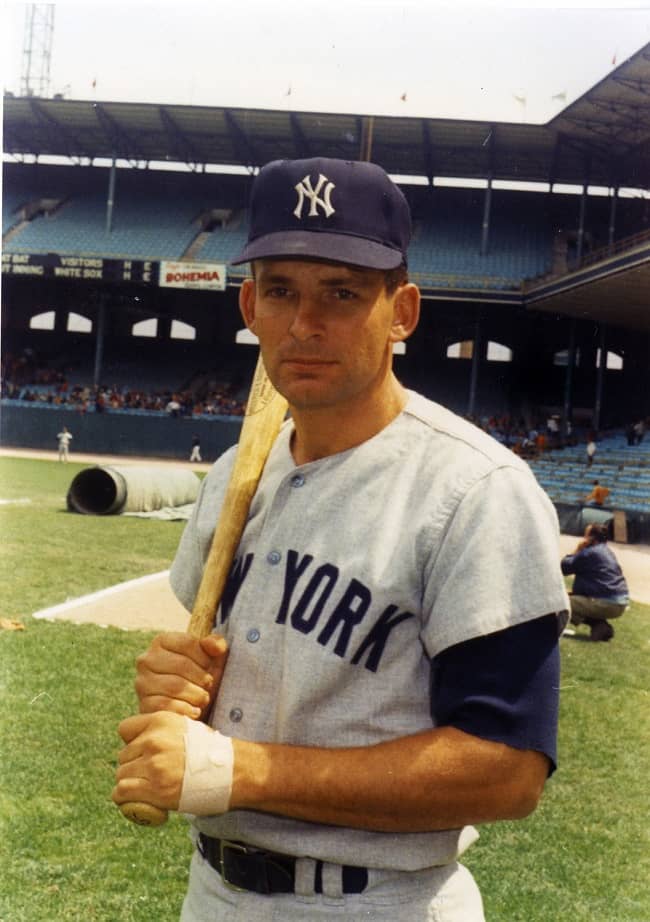 After finishing his playing career, he began his career as a manager for the  ‘New York Yankees’ ‘Minor League’ system in Ft. Lauderdale, Florida, starting in 1971. He also managed the Cardenales de Lara for three seasons from 1974 to 1977.  In addition, he lead the Syracuse Chiefs to the Governors’ Cup title in 1976. During his 6 years tenure as a minor league manager, he listed 459 wins and 387 defeats with two league championships.

In the 1977 season, he became the first base coach on Billy Martin’s staff with World Series-winning Yankees. Before the 1978 season, he became the manager of the Atlanta Braves replacing Dave Bristol. The franchise was its worst run for several seasons. After Boddy led the team, the Braves finished fourth in the 1980 season. But, the club owner, Ted Turner kick out him when the Braves finished fifth in the 1981 season.

In 1982, he joined the Toronto Blue Jays club and worked as a manager for four seasons. In his leadership, the club finishes first in the American League East. Moreover, he completed his tenure as a manager of the Blue Jays with a record of 355 wins and 292 losses regular-season record.

In 1986, he returned to the Atlanta Braves. In 1990, he kick-out then-manager Russ Nixon and appointed himself as the manager. After coming back to his former club, the Braves became one of the two teams to go from last place to first place from one year to the next in 1991. And another team was Minnesota Twins. The Brave lost the World Series to the Toronto Blue Jays in 1992, under Boddy’s management.

In 1995, The Braves won the World Series championship after defeating Cleveland Indians. Again, in 1996, The Braves won the division title. Boddy Cox made history, after becoming the only manager in history to lose a series-leading three games to one and win a series trailing three games to one. In 1999 The Braves made it back to the World Series. They did, however, lose four straight games against the defending champion New York Yankees.

In 2001, his team won the division but lost in the NLCS to the Arizona Diamondbacks. Moreover, in October 2010, the Braves were eliminated in game 4 of the National League Division Series by the San Francisco Giants, which was his final game as a manager. In 2010, he ended both of his tenures as the Brave’s manager. He completed his managerial career with a regular-season record of 1,883 wins and 1,386 losses.

As a manager, he has led his teams to win 2 times World Series champion in 1977, and 1995. In 2011, he was listed in the Atlanta Braves Hall of Fame and retired his number 6 jersey. He was also elected to the Baseball Hall of Fame in December 2013.

Working as a manager for several baseball clubs and as a former baseball player, he has net a huge sum of money. His net worth estimates at around $45 million and he has not disclosed his income and salary.

In 1976, he married Pamela Boswell Cox. With the marriage, the couple has 8 children whose names are Keisha, Connie, Shelly, Skyla, Kami, Debbie, Bobby Cox Jr, and Randy. He suffered a stroke and was admitted to the hospital in April 2019, the day after he had participated in the ‘Braves’ home-opening day festivities. His right arm was paralyzed as a result of the stroke. Since then, he’s been using a sling. 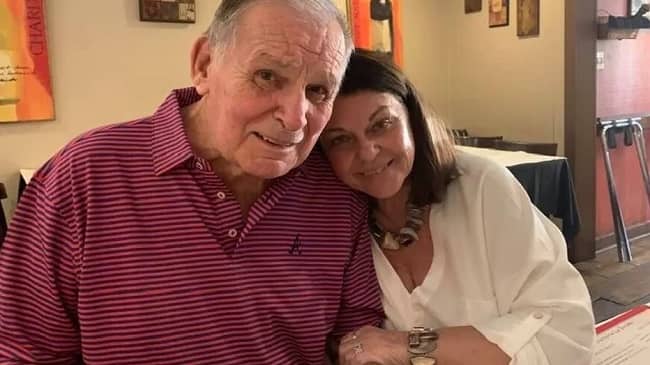 In May 1995, he was arrested on a simple battery charge after his wife reported that Bobby had struck her. After they attended court-ordered counseling, his wife recanted her account, and the charges were withdrawn.

This former baseball manager has short grey hair with brown eyes. Apart from that, there is no other information regarding his height, weight, dress size, shoe size, and many more. 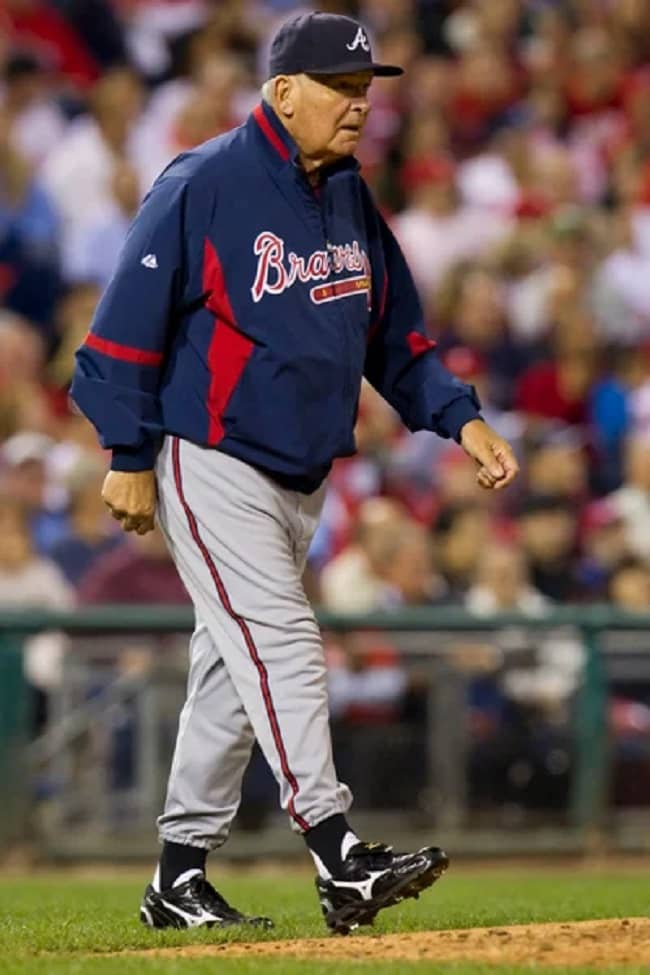