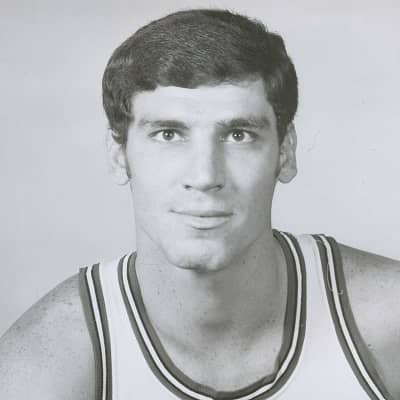 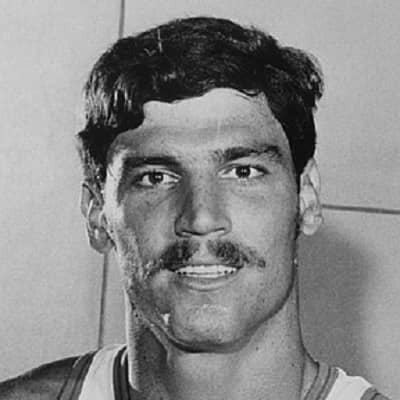 Bob Kauffman was born on the 13th of July 1946, in Brooklyn, New York, the United States of America. At the age of 69, he died and was an American by nationality. His actual birth name is Robert Alan Kauffman.

He is the son of LeRoy and Anne Kauffman. The Kauffmans were saddle and bridle manufacturers. Kauffman’s Boots and Saddles was their Manhattan store on East 24th Street.

Kauffman started playing basketball at a young age. Moreover, he played at Scarsdale High School in Scarsdale, New York. He attended NAIA Guilford College in Greensboro, North Carolina, from 1964 to 1968, where he played under Coach Jerry Steele.

In his four seasons, he is credited with transforming the Quakers into an NAIA basketball powerhouse, winning 86 games and making three consecutive trips to the NAIA Tournament

The Seattle SuperSonics selected Bod Kauffman with the third overall pick in the 1968 NBA draft, behind future Hall of Fame inductees Elvin Hayes and Wes Unseld.

The Oakland Oaks selected Kauffman in the 1968 American Basketball Association Draft, but he chose to play in the NBA instead. He averaged 7.8 points and 5.9 rebounds as a rookie for Seattle in 1968-69, playing behind Bob Rule.

On September 5, 1969, the Seattle SuperSonics traded him to the Chicago Bulls in exchange for a 1971 third-round lottery pick (Clifford Ray was eventually selected) and Bob Boozer and Barry Clemens. In 1969-70, he was a reserve with the Bulls, averaging 4.3 points and 3.3 rebounds in 12 minutes a game.

He was moved to the Philadelphia 76ers on May 11, 1970, completing a trade that began on September 2, 1969, when he was traded by the Chicago Bulls alongside Jim Washington to the 76ers for Shaler Halimon and Chet Walker.

On May 11, 1970, Kauffman was sent as the player to be named later.  Eventually, on the day of the NBA Expansion Selection, May 11, 1970, the expansion Buffalo Braves acquired him and a 1971 second-round draft pick (Spencer Haywood was later selected) from the Philadelphia 76ers in exchange for veteran forward Bailey Howell.

Moreover, he was a reserve for the first six games of the season, scoring a total of 26 points before being promoted to the starting lineup. The Braves finished 22-60 again in 1971-1972, but Kauffman was an All-Star for the second time, averaging 18.9 points and 10.2 rebounds.

The Braves improved to 42-40 in 1973-1974, making the playoffs. Kauffman was a reserve on a team that included Hall of Famer Bob McAdoo, Randy Smith, and Gar Heard, averaging 6.1 points and 4.4 rebounds in 17 minutes.

Kauffman was selected in the NBA expansion draft by the New Orleans Jazz from the Buffalo Braves on May 20, 1974. The Jazz instantly traded him in a historic transaction. 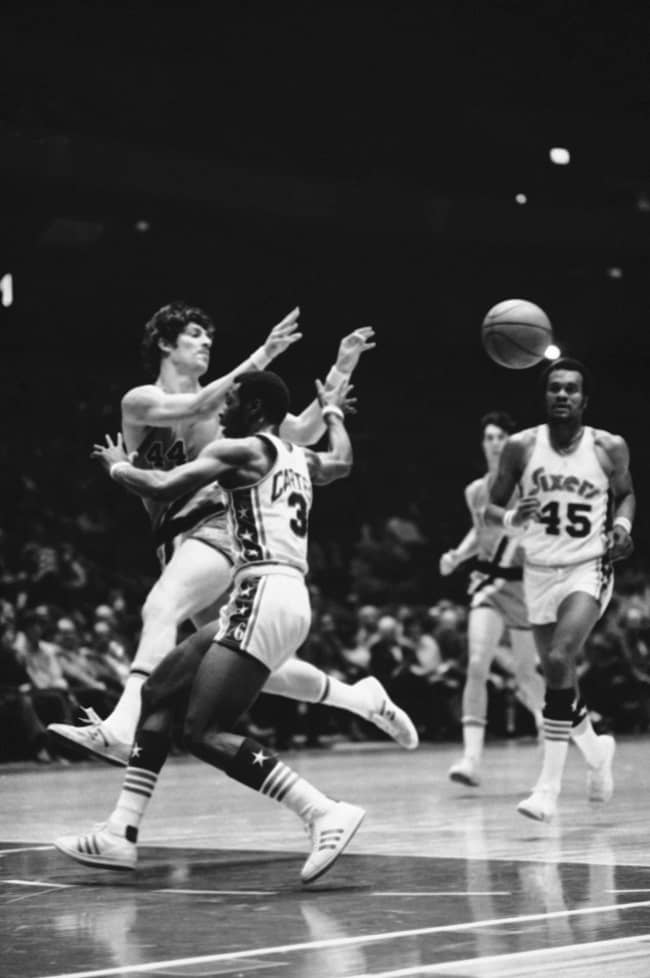 With chronic groin and hip ailments limiting his playing time, Kauffman finished his career with the 1974-1975 Hawks. In 73 games for the 31-51 Hawks, he averaged 3.9 points and 2.5 points a game under Coach Cotton Fitzsimmons.

He worked briefly as an NBA team executive for the Atlanta Hawks and the Detroit Pistons. Moreover, he was the Hawks’ deputy general manager for two seasons. Later he was recruited as the Pistons’ general manager in 1977.

Kauffman hoped to fill the coaching vacancy with Cotton Fitzsimmons or Al Bianchi. Davidson was looking for Dick Vitale of the University of Detroit. Vitale’s record as Pistons coach was 34-60.

In his basketball career, he has earned three NBA All-Star. Likewise, he was inducted into Guilford’s Athletics Hall of Fame in 1973. Moreover, Guilford College retired his jersey (#44) in 2009.

Talking about Kauffman’s earnings, net worth, and income, there are no exact details regarding it. However, being a former basketball player, and coach, he might have collected a good sum of money in his profession.

Talking about his relationship status, he was married to his wife, Judy. With the marriage, the couple has four daughters; Lara, Joannah, Carey, and Kate. All three of his daughters played collegiate basketball for Georgia Tech, Duke, and Clayton University. Sadly, Kauffman died at the age of 69 peacefully one night as his heart stopped.

This basketball player stands 6 feet 8 inches tall and weighs around 109 kg. Moreover, he has brown eyes with dark black hair and there is no other information available regarding his shoe size, dress size, and others. 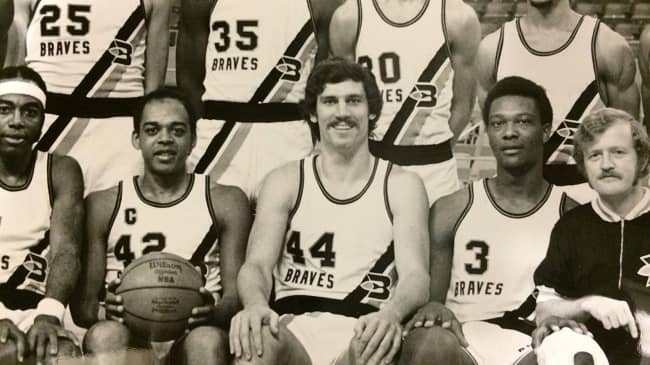 However, this renowned basketball player is no more alive in this world, so we can say that he is not active on any kind of social media platform such as Instagram, Twitter, and Facebook.