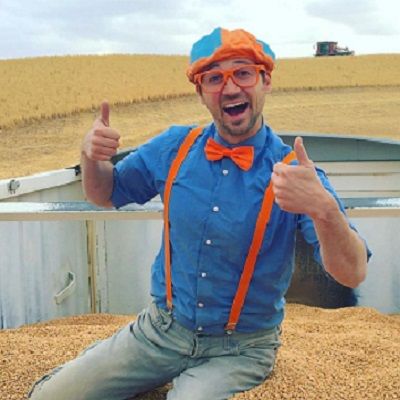 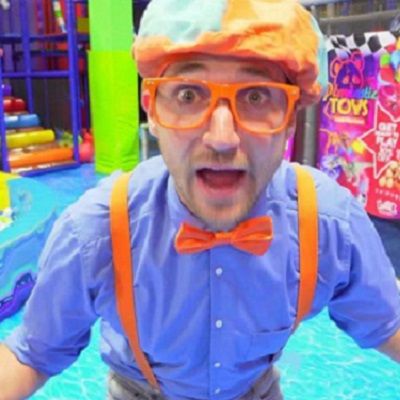 BLiPPi is an American educator and children educator on Youtube and Amazon Video. BLiPPi is a creative entrepreneur and founder of the digital learning platform ‘BLiPPi’.

BLiPPi was born on 27th May 1988 and is currently 34 years old. His real name is Stephen John Grossman or he also puts Steven Grossman but is famous for his online alias, ‘BLiPPi’ and ‘Steezy Grossman’. Likewise, his zodiac sign is Gemini. Similarly, Steven was born in Ellensburg, Washington, and currently resides in Las Vegas. He holds American citizenship, belongs to the Caucasian ethnic group, and follows Christianity. Likewise, about his family members, he has not shared much information about his parents, name, and siblings.

Ever since childhood, Steven grew up in a family of tractors, cows, and horses. Likewise, he wished to be a limousine driver and a fighter pilot after he grew up. Furthermore, about his educational background, there is no information about his educational qualification shared in the media.

Initially, at the beginning of his career, Steven served on active duty in the airforce and is a military veteran. He worked as a loadmaster for the C-17 Globemaster airplane at the 4th Airlift Squadron in the United States Air Force. Likewise, he used to perform the administration work of the aircraft. Moreover, he used to work on the calculations and planning cargo placements in the aircraft. Additionally, he used to work these permissible center of gravity limits throughout the flight.

This is a jerky arm and shoulder movement just in time for the music. However, he removed the video under DMCA from social media and internet search engines. Steven said that ‘at the time, I thought this sort of thing was funny, but it was stupid and tasteless, and I regret having ever done it’. Likewise, initial days of his career in social media, he spent brand development, digital content creation, and also in online marketing work.

Steven started the ‘BLiPPi’ channel on 28th January 2014. Moreover, he started the channel after seeing his then two-year olf nephew watching low-quality videos on Youtube. Likewise, he then made his appearance as, ‘an adult human who dresses up in bright clothes and dances around America’s deserted soft play centers for the benefit of Youtube’. Moreover, Steven takes inspiration from children’s educators and entertainers as his inspiration to make videos.

Likewise, he counts on educators such as Mr. Rogers for his videos. Similarly, Steven portrays the ‘BliPPi’ character as an educational and also as thinking and acting as a child would. Moreover, Steven mainly posts educational content from the alphabet, and numbers to nursery rhymes, and other educational learning videos.

Likewise, Steven uploaded his first video ‘Farm Tractors-Kids Show’ on 18th February 2014. In this video, he explains the Tractors for making and stacking hay in a fun way. Followed by this, he uploaded another video on 26th February 2014 about ‘Learn to Count MONSTER TRUCKS! Number 1-10’. Moreover, he has posted 160 videos with more than 6 billion views on his videos and has over 8.37 million subscribers. Likewise, the most popular video on his channel is ‘BLIPPI Learns about Jungle Animals for Kids’. This video was posted on 19th January 2019 and has over 511 million views so far.

Moreover, with over a billion views on his channel, the production staff of his channel is expanding. Likewise, his channel produces videos in other languages like Spanish besides English. Similarly, the Blippi team also has a website ‘www.Blippi.com’ which offers Blippi toys, DVDs, and digital downloads of the contents. Likewise, there is the merchandise of Blippi products too.

Regarding his relationship status, Blippi is straight and in a relationship with his long-term girlfriend Alyssa. They have often shared many pictures and are deeply in love with each other. However, they have not shared much information about how they met and others. 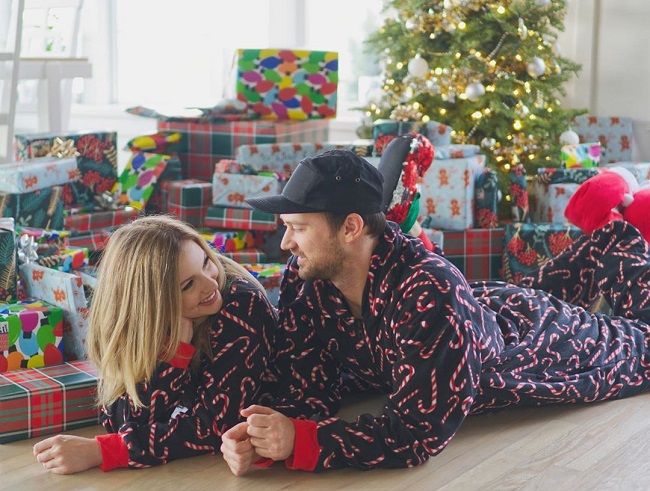 There is no information about his body measurement shared in the media. However, looking at his physical structure, he has fair skin with light brown hair color and brown eyes. He is mostly seen in his ‘BLiPPi’ attire most of the time.