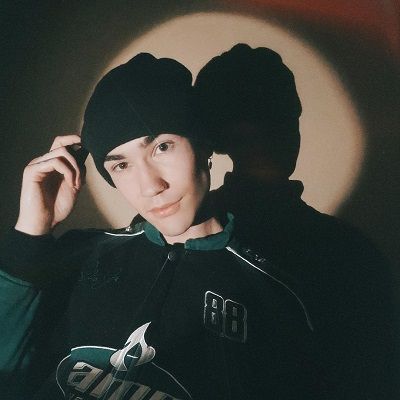 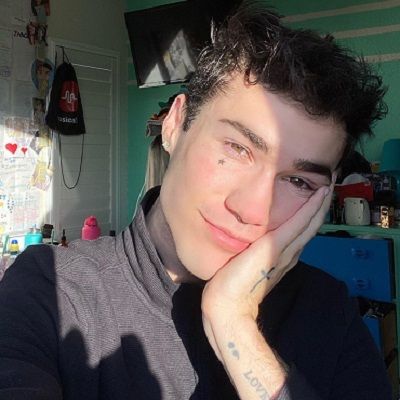 Blake Fitzmier was born on 13th April 1999 and is 21 years old. His zodiac sign is Aries. Likewise, he was born in Reno, Nevada. He holds American citizenship, belongs to Caucasian ethnic groups and follows Christianity. His mother’s name is Rona Fitzmier however, his father’s name is unknown.

Likewise, he has a younger brother and his name is Jake Fitzmier. He grew up in a very loving family and shares warm bonding with his family members. Growing up in tutelage of loving and caring parents, his parents were always supportive of his choice and also very considerate of his interests. 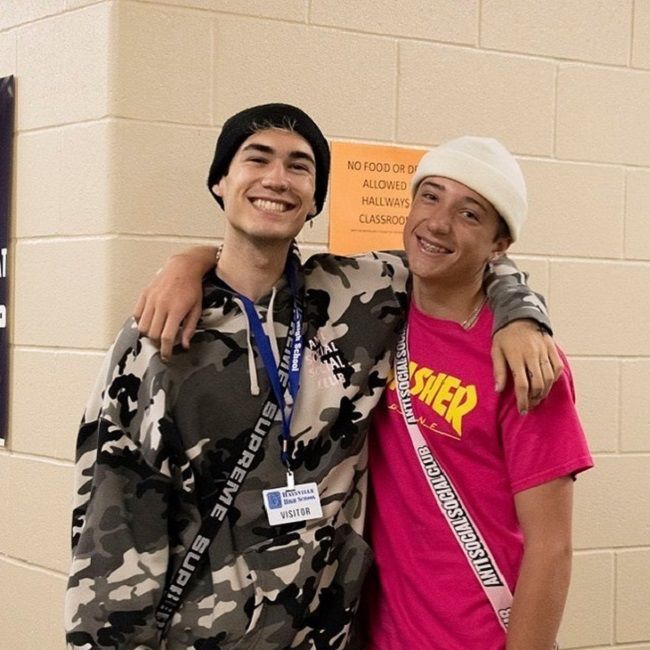 Caption: Blake along with his brother Jake. Source: Instagram

Moreover, his interest in acting and lip-sync app Tiktok rose since childhood. He has always been passionate about acting and singing at an early age. Additionally, the environment he was grown up on has undoubtedly helped him to be a successful and talented person today. Furthermore, reflecting upon his educational qualification, he is a high school graduate. However, there is no information regarding his further education. 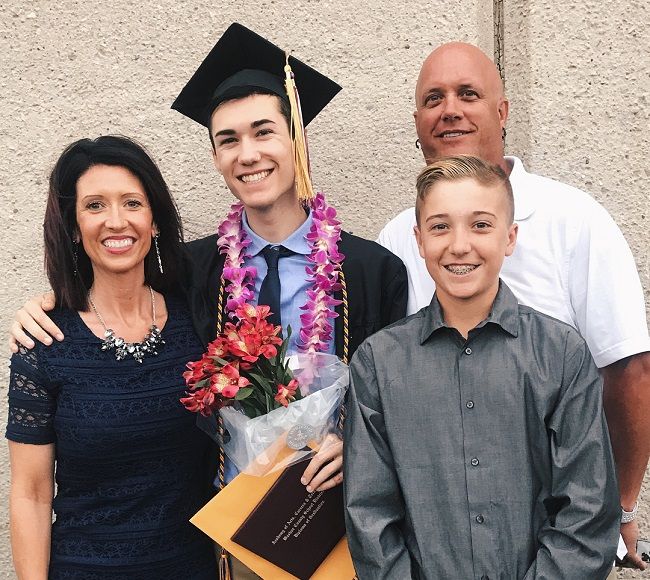 Caption: Blake along with his family during his high school graduation ceremony. Source: Instagram

Talking about Blake’s professional life, he gained his social media fame through his Tiktok account. His attractive personality and appropriate lip-syncing on the videos of famous social network Tiktok have made him popular. Likewise, he began uploading comedy skits and lip-sync videos on his Tiktok account (then Musical.ly). His TikTok account is @zwagmoney and has 1.1 million followers in his account. Likewise his videos, skits are liked by around 47.1 million people around the world. 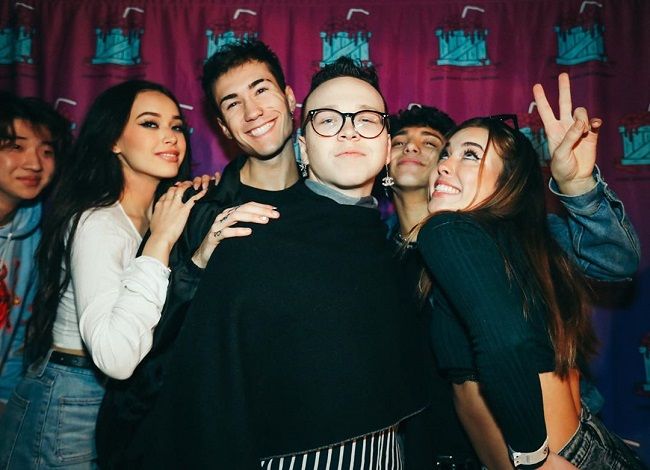 Caption: Blake along with fellow Tiktok Musers on the tour. Source: Instagram

Furthermore, he is an amazingly talented person. His contents are mostly comedy mimic, humor, and his amusing talents. Likewise, he is quite popular with his musing talents and also does modeling shoots for some brands. His popularity soared after posting various comedy videos and also through lip-sync. Moreover, he received the precious badge of Crowned Muser for being the best TikTok comedian. He is entitled as a crowned muser. Similarly, he has also collaborated with fellow Tikttok users like Signa O’Keefe and other fellow users.

Likewise, he also has a Youtube channel titled ‘Zwagmoeny’. He joined Youtube on 4th December 2016 and has 8.15K followers so far. His contents are mostly reaction videos, travel vlogs, QnA, Tiktok hacks and related contents. Similarly, his most popular video is his ‘Musical.ly #FLOATTRANSITION Tutorial’ which he posted on 13th October 2017 and has 165K views. Likewise, his other popular videos are ‘iPhone 8+ CASE Collection!’, ‘Updated TikTok/Musical.ly Slomo hack’, ‘Recreating Lil Bro’s Cringey Musical.lys’, ‘iPhone X Case Collection’, and ‘Recreating our parents Cringey Musical.lys’.

Net worth and Controversies

Seeing upon Blake’s earnings, he is quite a famous personality in social media and has earned an impressive amount of money through his career. However, he has not officially revealed his net worth in any of the social media sites. However, online sources like IMDb, Wikipedia, Forbes and other sources his estimated net worth is around $100K – $1 million.

Furthermore, about his popularity, he has maintained a clean profile and is focusing more on his career. He has not been through any kind of controversies in his professional as well as personal life. Likewise, he is currently more focused on his career and is not involved in any activities which lead to scandals.

Reflecting upon his relationship status, Blake is in a romantic relationship with Adrienne Denae. Previosuly, he has dated
Payton Douglas. However, there is no information about how their relationship started and when. But they have been seeing each other for a very long time.

Having a charismatic look, Blake has a charming face. He has a fair skin type that compliments well with grey eyes and black hair. Furthermore, he stands the height of  5 feet 9 inches tall (69 inches) and weighs around 70 kg. However, he has not shared much about his body measurement.

Being a social media personality, he has a presence on various social media handles like Instagram, Tiktok, Snapchat, Youtube, and Twitter. Likewise, he has gained huge popularity among the youngsters too. In all the social media networks, he uses @zwagmoney as his username. He joined Twitter in August 2013 and has 2,270 followers. Likewise, his Instagram has 63.1K followers.