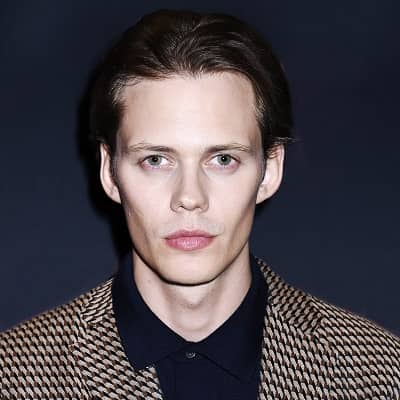 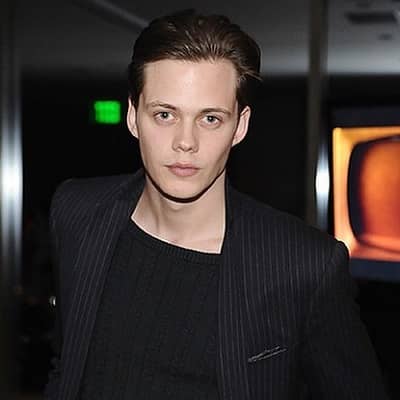 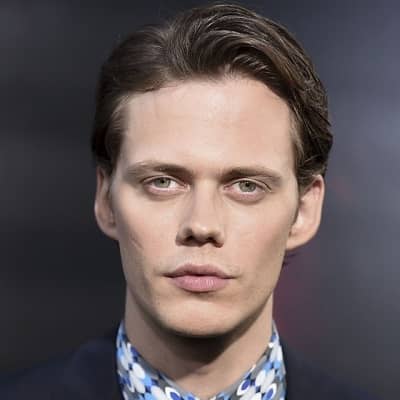 Bill Skarsgård is a prominent Swedish actor. Bill Skarsgård gained immense fame for his appearance in several films and series including Hemlock Grove, It, It Chapter Two, Simple Simon, and The Divergent Series: Allegiant among numerous others.

Bill Skarsgård was born on 9 August 1990 and he is currently 30 years old. Bill hails from Vällingby, Sweden, and his zodiac sign is Leo. His full name is Bill Istvan Günther Skarsgård. Talking about his family, Bill’s parents are mother My Skarsgård, and father Stellan Skarsgård. Bill’s father is an actor whereas his mother is a doctor. 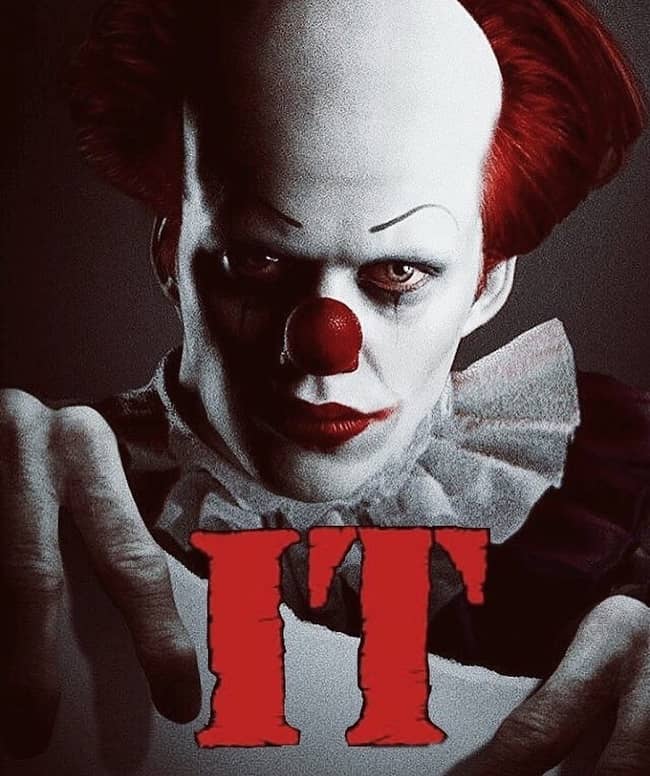 Caption: Bill Skarsgård appearing on the movie poster of ‘IT’. Source: Instagram

Professionally, Bill Skarsgård is a famous actor. He gained prominence for his roles in It in 2017 and It Chapter Two in 2019. The aforementioned films are based on Stephen King’s novel of the same name. Bill also appeared in the comedy Simple Simon in the year 2010 and thriller The Divergent Series: Allegiant in 2016.

Bill Skarsgård actually gained immense fame for playing the role of Roman Godfrey in Hemlock Grove. For this project, the Swedish actor also worked with Famke Janssen. Bill then starred as the main character in the 2010’s comedy Simple Simon. Later in 2016, Bill portrayed the role of Matthew in The Divergent Series: Allegiant. Two years later, Bill appeared as the character Pennywise in the 2017’s horror film It. 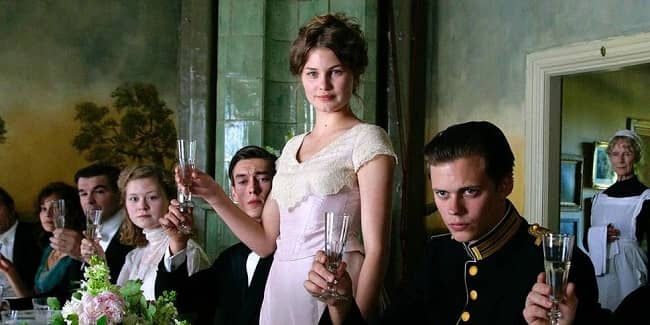 Furthermore, Bill Skarsgård received the nomination for a Guldbagge Award in the year 2011. This was for Bill’s leading role as Simon in Simple Simon. Then at the young age of 21 years, Bill won the European Film Academy’s Shooting Stars Award. This was back in the year 2012.

Similarly, Hero featured Bill Skarsgård in its cover of April 2014. Hero is a bi-annual men’s fashion and culture magazine. Bill’s cover shot was clicked by Hedi Slimane. In the issue, Bill’s father interviewed him.

Moreover, Bill portrayed the character Zeitgeist in Deadpool 2 and also appeared in the 4th episode of Soulmates. It is a 2020 AMC anthology series in which Bill played the role of Mateo. Bill’s character in this series is on the way to meet his soulmate in Colombia and he sleeps with a strange man who mugs him.

Bill Skarsgård is in a romantic relationship with Alida Morberg. Alida is also a popular Swedish actress. The lovers share a daughter together and they welcomed her in October 2018. However, the kid’s name and exact date of birth are not shared on the web along with her identity or face. 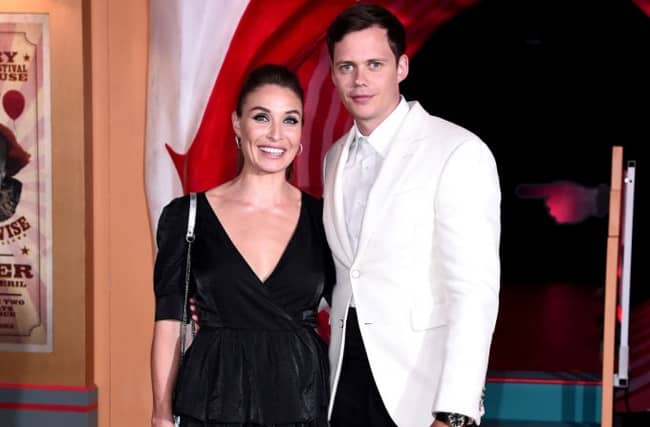 Caption: Bill Skarsgård posing for a photo with his lover at an event. Source: Goodtoknow

Bill Skarsgård stands tall at a height of approximately 1.92 meters or 6 feet 4 inches. Likewise, Bill has a weight of around 150 pounds or 68 kgs. Further, the Swedish actor’s mesmerizing green eyes and brown hair color. Bill’s chest-waist-biceps measurements are 39-34-14 inches respectively.

Talking about his social media presence, Bill Skarsgård is available on Instagram under the username @billskarsgard_. While writing this biography, Bill has shared exactly 86 posts and earned more than 1 million followers. Further, Bill is also available on Twitter under the username @billskarsgard_. He joined this platform in February 2016 and so far has over 45.1K followers on his personal account. Moving on, Bill Skarsgård has a net worth estimation of approximately $6 million dollars as of 2021.