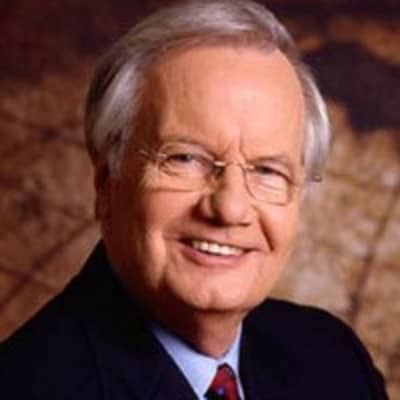 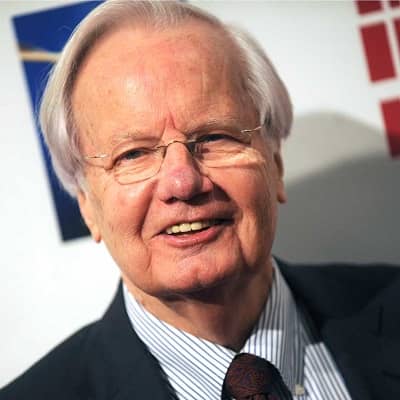 Bill Moyers is an American television journalist and author. Additionally, Bill Moyers is also the special assistant, speechwriter, chief of staff, and was the press secretary to former President Lyndon B. Johnson.

Bill Moyers was born on 5th June 1934 and is currently 87 years old.  His birth name is Billy Don Moyers and his zodiac sign is Gemini. Likewise, Bill was born in Hugo in Choctaw County, Southern Oklahoma, United States of America, and holds American citizenship. Even though he was born in Southern Oklahoma but spent his childhood in Marshall, Texas. Similarly, regarding his ethnicity and religion he follows, Bill is a Caucasian and follows Christianity. Regarding his family members, Bill is the son of John Henry Moyers who is a laborer and Ruby Johnson Moyers.

Furthermore, about his educational background, Bill holds multiple university degrees. He studied Journalism at the North Texas State College. However, he transferred to the University of Texas at Austin. Likewise, he holds a Bachelor of Arts degree in Journalism. Furthermore, Bill studied issues of church and state as a Rotary International Fellow at the University of Edinburgh. Additionally, he also has a master degree in Divinity degree from Southwestern Baptist Theological Seminary, Fort Worth

Bill started his career in journalism at the age of 16. He worked at the ‘Marshall News Messenger’ as a cub reporter in Marshall in East Texas. Followed by this, he took journalism as his major at college than in 1954, Bill became the summer intern for then-US Senator Lyndon B. Johnson. Likewise, he was eventually promoted to handle Johnson’s personal mail. Soon he shifted to the University of Texas at Autism. Likeewise, he became the writer for ‘The Daily Texan newspaper. Followed by this, in the academic year 1956-57, he joined the University of Edinburgh in Scotland under the fellowship of Rotary International studying issues of church and state.

Moreover, in 1959, Bill completed his ‘Master of Divinity’ the professional degree of the pastoral profession degree from the Southwestern Baptist Theological Seminary in Fort Worth, Texas. Likewise, Bill became the Director of Information while studying in SWBTS and then became a Baptist pastor in Weir in Williamson County near Austin. Furthermore, in the year 1954, he again planned to complete a Doctorate in Philosophy in American Studies from the University of Texas. However, the unsuccessful bid of the 1960 Democratic US Presidential Nomination to Senator Johnson, Bill became the top aid for him. Likewise, he became the liaison between then-Democratic vice-presidential candidate Johnson and then-Democratic presidential nominee US Senator John F. Kennedy 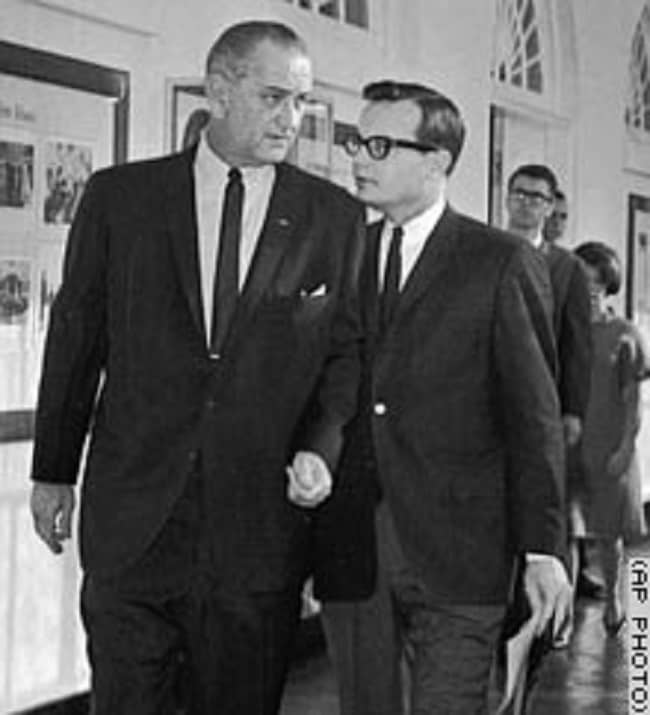 Eventually, on the Kennedy Administration, Bill became the first appointed associate director of public affairs to ‘Peace Corps’ in 1961. Likewise, he became the Deputy Director from 1962 to 1963. Moreover, after the ‘Kennedy Assassination’ Bill became the special assistant to Johnson till his tenure ship from the year 1963 to 1967. Moreover, he played a key role in organizing and supervising the legislative task forces and principal architect of Johnson’s 1964 presidential campaign of the ‘Great Society’. Likewise, he also became the press secretary of the White House.

Bill started working as a publisher for the newspaper ‘Newsday’ in Long Island, New York from 1967 to 1970. However, this publication became unsuccessful but became a progressive direction to many leading writers including Pete Hamill, Daniel Patrick Moynihan, and Saul Bellow. Likewise, they added many new features and more investigative reporting and analysis in the content. However, Harry Guggenheim, the conservative and the owner of the paper was not happy with the liberal drift of the newspaper under Bill. Moreover, he criticized Bill for having the ‘left-wing’ coverage of the Vietnam War protests. Followed by this, for the presidential election of 1968, the two split over in which Guggenheim was supporting Richard Nixon and Bill supporting Hubert Humphrey.

Likewise, Bill began hosting the ‘Bill Moyers Journal’ from 1971 until 1981 and then again from 2007 till 2010. This is a news program about television’s current affairs program covering an array of current affairs and human issues, including economic, history, literature, religion, philosophy, science, and more about politics. Similarly, Bill became the editor and chief correspondent for CBS Report from 1976 until 1980. Likewise, he was the senior news analyst and commentator for the CBS Evening News with Dan rather from 1981 to 1986. 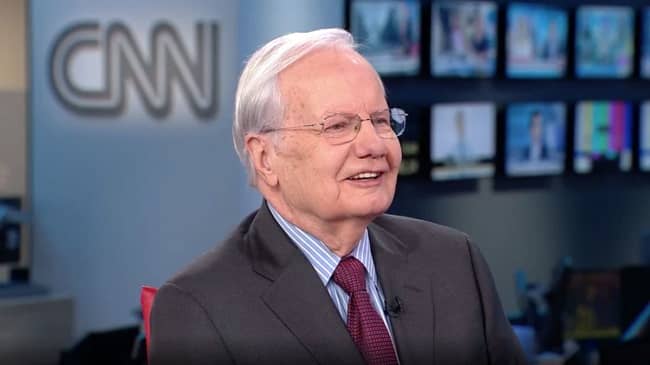 Followed by this, in the year 1986, Bill along with his wife Judith Suzanne Davidson Moyers started ‘Public Affairs Television’. In their production, they started the PBS 1988 documentary series ‘Joseph Campbell and the Power of Myth’ which was a six one-hour interview between Moyers and Joseph Campbell who was a mythologist. Besides this, his other work on journalism is, ‘The Secret Government: The Constitution in Crisis’, ‘In Search of the Constitution’, ‘A World of Ideas’, NBC News’, and ‘Faith and Reason’. Additionally, he also became the host for various programs like ‘NOW with Bill Moyers’, ‘Moyers on America’, ‘Bill Moyers Journal’, and ‘Moyers & Company’.

Bill is one of the notable political commentators of the United States of America. Likewise, he achieves impressive fame throughout his career. Likewise, in the year 1996, he was inducted into the ‘Television Hall of Fame’. Similarly, in the same year, Bill won the ‘Walter Cronkite Award for Excellence in Journalism’. Additionally, in the year 2006, he became the recipient of the ‘Lifetime Emmy Award’ on the year 2006. Moreover, his other highest achievements are the Lifetime Achievement Award’, Alfred I. DuPont-Columbia University Awards’, ‘Peabody Awards’, and ‘George Polk Career Award’. Additionally, Bill received the honorary Doctor of Humane Letters (L.H.D.) from Whittier College and a doctorate from the American Film Institute.

Regarding his net worth, Bill is a television personality and political commentator. Likewise, he has a net worth of around $9 million. However, there is no information about his asset values like houses and cars besides the information that he lives with his wife in Bernardsville, New Jersey.

Likewise, Bill is straight and in a martial relationship with Suzanne Davidson who is the television producer. They married on 18th December 1954 and have three children and five grandchildren. Their son William Cope Moyers is the CNN producer and spokesperson of Hazelden Foundation. Likewise, currently, Bill and his wife both live happily in Bernardsville, New Jersey

There is no information about his body measurements like height, weight, and vital stats. Looking at his physical appearance, Bill has fair skin with grey hair color and light brown eyes.