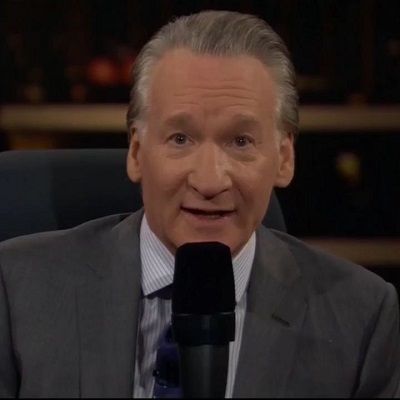 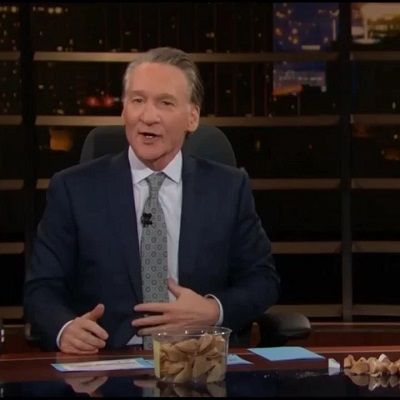 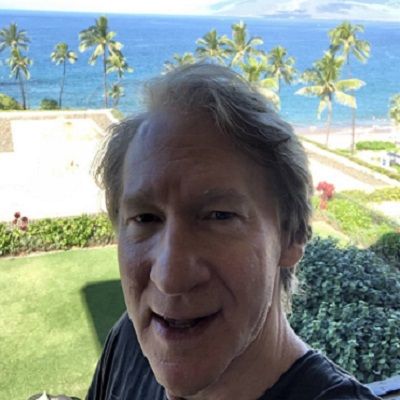 Bill Maher is an American comedian, political commentator, and television host. Bill Maher is popular for his talk show ‘Real Time with Bill Maher’ and the late-night show ‘Politically Incorrect.

Bill Maher was born on 20th January 1956 and is currently 65 years old. His birth name is William Maher and his zodiac sign is Aquarius. Likewise, Bill was born in New York City, New York, and holds American citizenship. Born in New York, but he was raised in River Vale, New Jersey. Similarly, Bill belongs to the white ethnic group and was raised as a Roman Catholic. Likewise, about his family member, Bill is the son of radio announcer and network news editor William Maher Sr. and Julie Berman.

His mother was a nurse and a Jewish. Bill says that he was not aware of his mother’s Jewish identity until he was a teenager. Similarly, he also has a sister and her name is Kathy Maher. Likewise, as a child, his idol was Johnny Carson host of The Tonight Show. Moreover, Bill aspired to be a comedian since childhood but used to hide it. Furthermore, regarding his educational background, Bill studied in Pascack Hills High School, Montvale, and graduated from there in 1974.

Likewise, he did double majored in English and History in 1978 from Cornell University. During a junior year studying English, he tried his stand-up act at a comedy club in New York City. While studying in college, he used to sell pot and made enough money to start off in comedy.

Bill started his as a host in the stand-up comedy program in a comedy club ‘Catch a Rising Star’ in the year 1979. Likewise, he began appearing on the popular Johhny Carson’s and David Letterman’s show. Similarly, Bill debuted in the film since the year 1983 with the film ‘D.C. Cab’. This movie was directed by Joel Schumacher. However, this film received many controversial reviews since release and did not contribute much to his career.

Furthermore, Bill also tried acting in few more shows and began trying in television shows appearing in minor roles. He appeared in shows like, ‘Max Headroom’, ‘Sara’, and in the film ‘Ratboy’ and ‘Cannibal Women in the Avacado Jungle of Death’. Likewise, he also appeared in various sitcoms like, ‘Charlie Hoover’, ‘Pizza Man’, ‘Married.. with Children’, and ‘Roseanne’.

After working on various television shows and series, Bill began hosting a late-night political talk show ‘Politically Incorrect’. He started hosting since 25th July 1993 which was originally broadcasted on comedy central but later shifted to ABC Network. It was an American political talk show. This show began with a topical monologue by Bill preceding the introduction of guests. Likewise, this show invites four guests with a diverse profession like show business, popular culture, political pundits, political consultants, authors, and news figures. They would discuss the issue selected by Bill.

After leaving his previous show, Bill started his talk show ‘Real Time with Bill Maher’ in the year 2003. He became the host, co-producer, and the co-writer of the weekly political comedy talk show airing on the cable television network HBO. Unlike the previous show, this shows a serious and well-informed guest show program. In this program, it is a one-on-one interview with guests on an in-studio or via satellite. Likewise, in this show, Bill mainly sits with two or three panelists consisting of author, activists, actors, politicians, pundits, and journalists discussing weekly events. 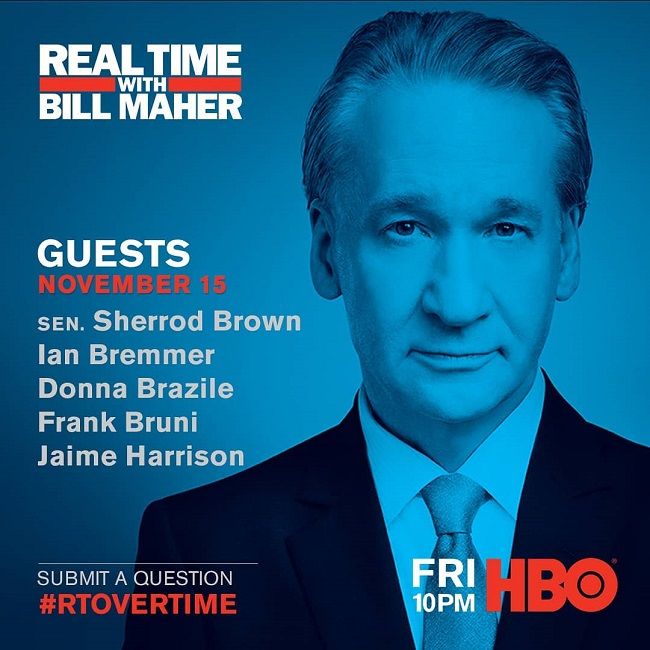 Besides hosting shows, Bill has also done commenting on various cable news networks like CNN, MSNBC, Fox News, and HLN. He appeared on CNN’s ‘The Situation Room with Wolf Blitzer’, ‘Hardball with Chris Matthews’, ‘The Rachel Maddow Show’, ‘Cuomo’s Prime Time’, and ‘The Joy Behar Show’. Similarly, he hosted the 13th January 2006 edition of the ‘Larry King Live’ which he previously been as a guest. Moreover, Bill co-emceed the final episode of the show on 16th December 2010 along with Ryan Seacrest. 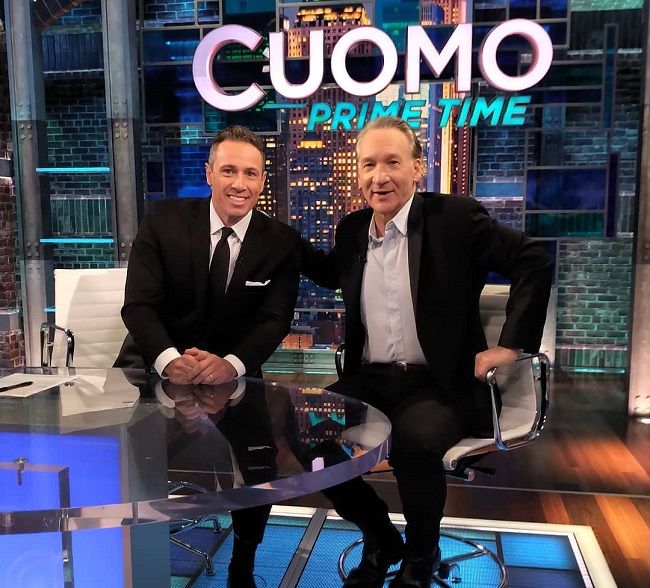 Bill is also an author of many books and novels. Likewise, his first work is ‘True Story: A Novel’ which he published in the year 1994. This book is an episodic novel about the true accounts of Bill and other stand-up comics in the late 1970s and early 1980s. Similarly, another publishes is ‘When You Ride Alone You Ride with Bin Laden: What the Government Should Be Telling Us to Help Fight the War on Terrorism’.

This is a non-fictional political book published in 2002. Besides this, his other publish are, ‘Does Anybody Have a Problem with That? Politically Incorrect’s Greatest Hits’, ‘Keep the Statue of Liberty Closed: The New Rules’, ‘New Rules: Polite Musings from a Timid Observer’, and ‘The New Rules: A Funny Look at How Everybody but Me Has Their Head Up Their Ass’.

Throughout his successful career as a host and being a political commentator, Bill has come across with many controversial matters. During his show in ‘Politically Incorrect,’ he made a controversial on-air remark on the September 11 attack. His agreed statement on the 9/11 attack made by conservative pundit guest Dinesh D’Souza’s rose the controversy. He defended President Bush’s statement of calling the terrorist coward saying, ‘We have been the cowards. Lobbing cruise missiles from 2,000 miles away. That’s cowardly. Staying in the airplane when it hits the building. Say what you want about it. Not cowardly. You’re right.’ However, he later clarified the statement about it not being anti-military in any way referencing his well-documented longstanding support for the American military.

However, this was not his only controversy. In the same year, he apologized for comparing his dogs to retarded children. Moreover, his controversial matter did not end here. Bill made a notable remark after the military missed its recruiting goals by 42 percent. The Alabama Congressman Spencer Bachus felt the comments demeaning to the military and treasonous. However, defending this controversy, Bill stated his support and highest regard for the military. Furthermore, he also asked why the congressman criticized him instead of focusing on the recruitment problem.

Likewise, in June 2017, Bill came under criticism after people called on HBO to fire him. He said ‘I’m a house nigger’ on Real-Time. Personally, Bill was under conflict with his then-girlfriend after she sued him for $9 million for inflicting pain and suffering on her. However, the lawsuit was later withdrawn in the year 2005.

Throughout his career in Television, Bill is regarded as a highly successful and controversial man. Likewise, his notable achievements are some of these. His ‘Politically Incorrect’ show was awarded the Emmy Award in the year 2000. Moreover, this show further received the two CableAce Awards for the ‘Best Talk Show Series’ and was also nominated for the ‘Writers Guild of America’ award. Likewise, his ‘Real Time with Bill Maher’ has received ten Primetime Emmy Awards and also was a six-time nominee for the ‘Writers Guild of America’ award.

Bill has worked as a talk show comedian, actor, and political commentator. Likewise, as of May 2020, according to various sources, he has a net worth of around $120 million.

Bill is straight and single. Moreover, even though he has been in several relationships in the past but did not marry anyone. Regarding marriage, he quoted on his website as saying, “I’m the last of my guy friends to have never gotten married, and their wives—they don’t want them playing with me. I’m like the escaped slave—I bring news of freedom.”

Bill stands the height of 5 feet 8 inches tall (68 inches) tall and weighs around 74 kgs. Likewise, looking at his appearance, he has fair skin with light brown color eyes and hair.