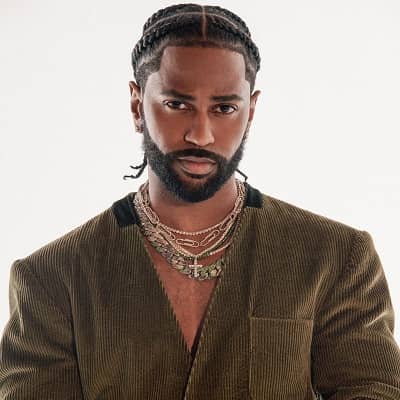 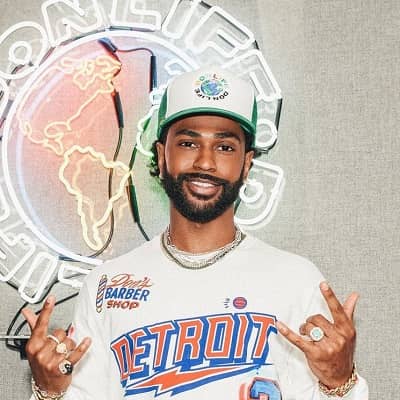 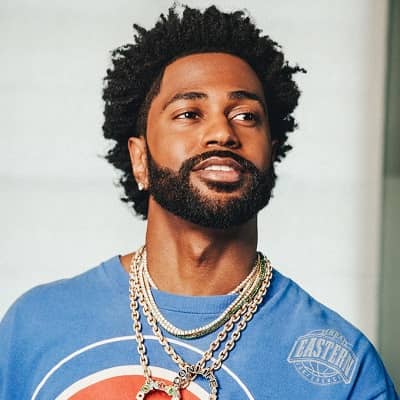 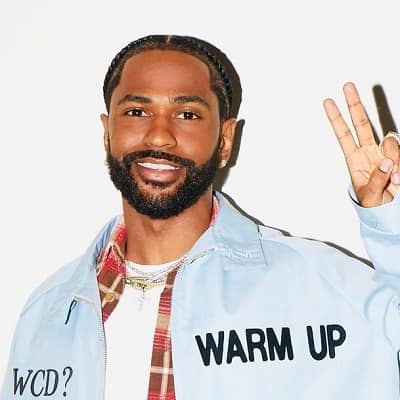 Big Sean was born on March 25, 1988, and he is currently 34 years old. Big Sean hails from Santa Monica, California, U.S., and his zodiac sign is Aries. Likewise, his full name is Sean Michael-Leonard Anderson but is more popular by his stage name Big Sean.

Talking about his family, Big Sean’s parents are mother Myra and father James Anderson. He has a younger brother. Moreover, Big Sean was only 3 months old when his family moved to Detroit, Michigan. There, Sean grew up with his mother, a school teacher, and his grandmother.

His grandmother is Mildred Leonard. Mildred served in World War II and was one of the 1st-ever black female captains in the United States Army. Talking about his educational journey, Big Sean enrolled in the Detroit Waldorf School. Later on, Sean graduated with a 3.7 GPA from Cass Technical High School. 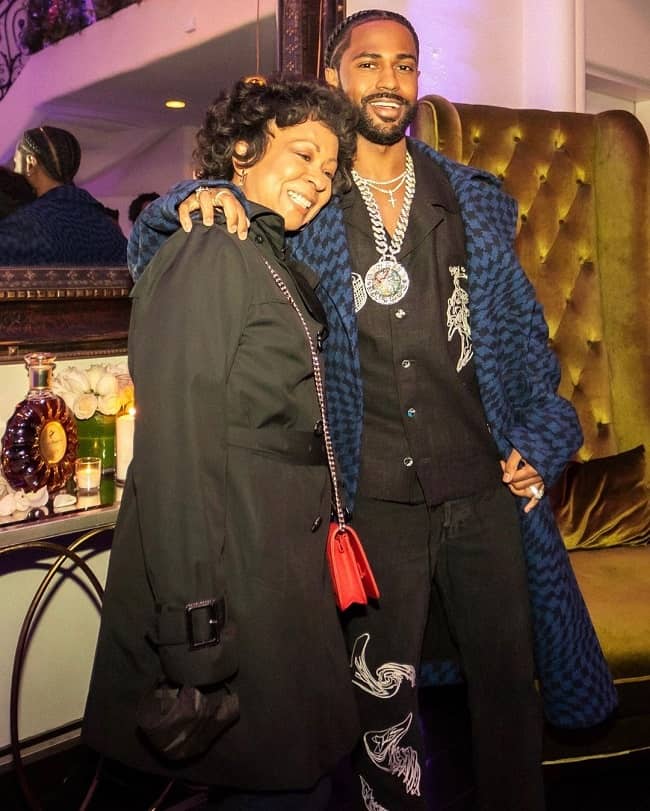 Caption: Big Sean posing for a photo with his mother. Source: Instagram

Professionally, Big Sean is a famous rapper and singer-songwriter. Talking about the beginning of this journey in the music industry, Sean showed his rhyming skills on a weekly basis when he was in high school. As part of a rap battle contest, he showcased his talent in Detroit hip-hop station’s WHTD. Talking about his influences, Big Sean cites West, Eminem, J Dilla, and The Notorious B.I.G.

In the year 2007, the prominent rapper signed with Kanye West’s GOOD Music. Later in 2008, Sean signed with Def Jam Recordings and subsequently with Roc Nation in 2014.

Big Sean released his debut studio album in 2011. It is titled Finally Famous. He did this after releasing several mixtapes. This studio album peaked at #3 on Billboard 200. This album was later certified Platinum by the Recording Industry Association of America (RIAA).

Later in 2013, Big Sean released his 2nd studio album called Hall of Fame. This album peaked at #3 on Billboard 200. This album later became certified Gold. The rapper’s other albums are Dark Sky Paradise, I Decided, and Detroit 2. All these albums debuted atop the Billboard 200 and were certified Platinum.

Endorsements, Clothing Brand, and Net Worth

Moreover, Big Sean featured in “The Source” in late October 2008. The rapper headlined the “Style” section of the aforementioned magazine. In the article, the rapper talks about his personal style. Sean reveals that his favorite clothing brands include Bape, 10 Deep, and Billionaire Boys Club. 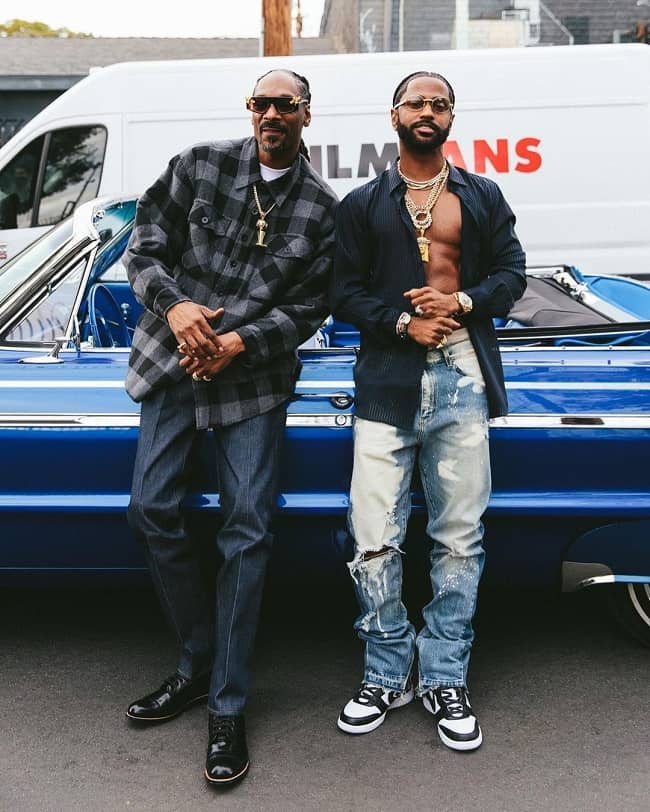 Big Sean then posed in the Winter 2008 Billionaire Boys Club lookbook. The rapper is also a consistent representative of Ti$A clothing and hats. The other representatives of this brand are Chris Brown and Tyga.

The rapper has also endorsed a deal with Adidas. Through this brand, Big Sean has released his own “Detroit Player” line of sneakers. The rapper is also a follower of the Rosewood clothing style. In the year 2013, the rapper launched his own clothing company called “Aura Gold”.

Likewise, on November 28, 2017, Big Sean purchased an 11,000 square foot home. This home has 7 bedrooms and 8 bathrooms and is located in Beverly Hills. Moreover, this house’s previous owner is Slash, the guitarist of Guns N’ Roses. This house is originally listed at $11 million but Big Sean acquired it for $8.7 million. Moreover, Big Sean has a net worth estimation of approximately $26 million US dollars.

Moreover, on August 4, 2011, the authorities arrested Big Sean for third-degree sexual assault. It was at a concert in Lewiston, New York. Later, on October 26 the same year, the rapper once again pleaded guilty to second-degree unlawful imprisonment. This time, the rapper was fined $750. As a part of the plea bargain, the previous charges of third-degree sexual abuse were dropped. Likewise, Scott Leemon, Big Sean’s attorney, stated that Big Sean did not engage in any type of sexual misconduct.

Talking about his previous relationships, Big Sean dated Ashley Marie. They are high school sweethearts who met each other when Sean was 16 years old. However, the high school lovers had their break-up in early 2013.

Subsequently, the rapper dated the Glee actress Naya Rivera. The two met each other for the first time on Twitter. They went public with their relationship in April 2013. But they had been together for a while already as Sean told Complex. Sean and Rivera had their engagement in October 2013. However, it ended in April 2014.

After that, the rapper dated singer, Ariana Grande. Ariana confirmed the news in October 2014. However, the lovers ended their relationship in April 2015, after eight months of being together. 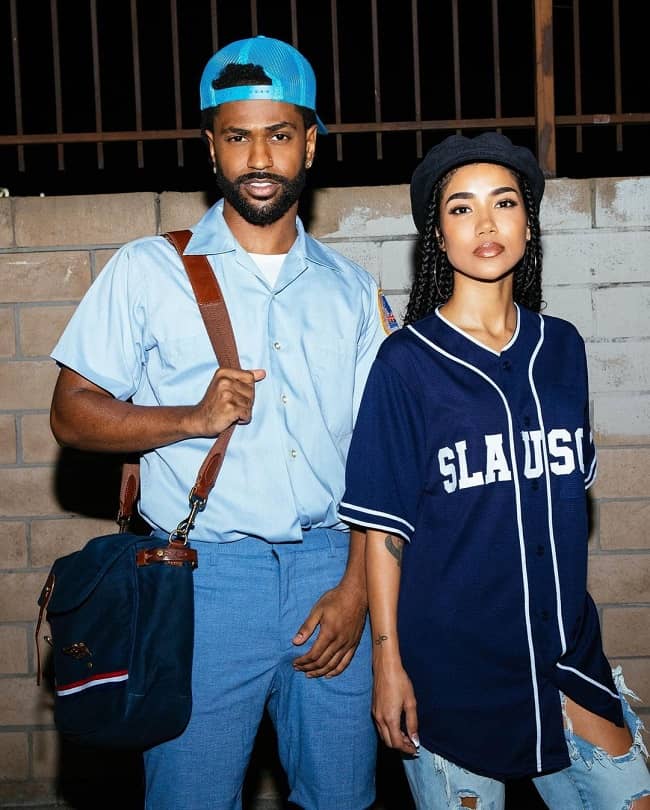 Big Sean stands tall at an approximate height of 1.73 meters or 5 feet 8 inches and his weight is around 69 kgs or 152 lbs. Likewise, the famous rapper has dark brown eyes and hair of the same color.

The rapper also has over 7.6 million people following his journey on Facebook. The American rapper then created his “Big Sean” Youtube channel on May 14, 2007. So far, this channel has over 1.9 billion views and 4.07 million subscribers.