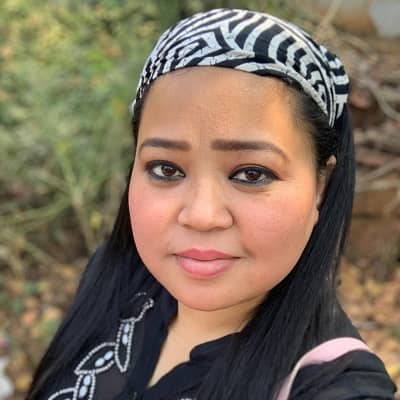 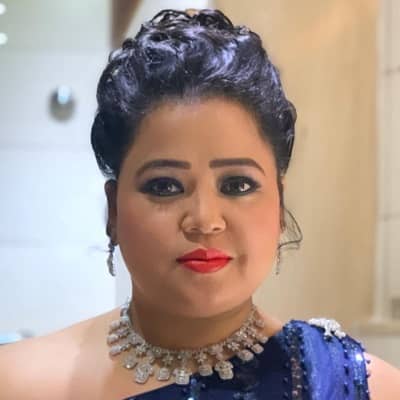 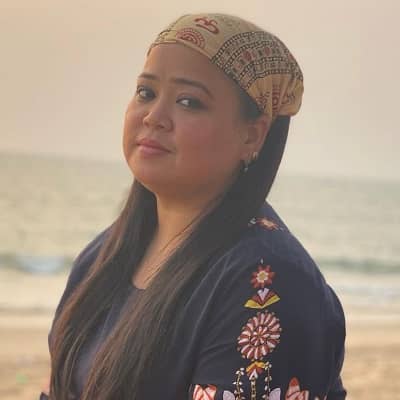 Bharti Singh was born on 3rd July 1982 and is currently 38 years old. Being born in early July, her zodiac sign is Cancer. Likewise, she was born in Amritsar, Punjab, India, and holds Indian citizenship. She follows Hinduism. Talking about her family members and siblings, she was raised by her mother Kamla Singh as her father died when she was just two years old. Her mother is a Punjabi Hindu and her father is of Nepali descent. Bharti has two siblings, who are Pinky Singh and Dhiraj Singh. 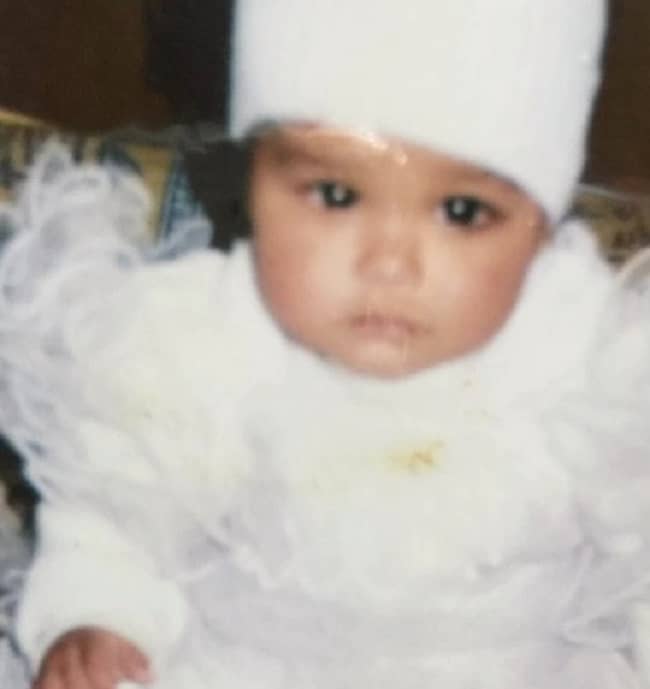 Furthermore, talking about her educational background, Singh completed her schooling at a government school in her hometown. Later, she joined Punjab Technical University and graduated with a Bachelor of Arts (B.A), and did a post-graduation in history.

Bharti debuted in the comedy reality show The Great Indian Laughter Challenge Season in 2008. She was among the top 4 finalists. Likewise, she participated in four different seasons of Comedy Circus (Comedy Circus 3 Ka Tadka, Comedy Circus Maha-Sangram, Comedy Circus Ke Superstars, and Comedy Circus Ka Jadoo). Her debut TV series was Adaalat in 2010 where she played the role of Aarti Sinha. A year later, she did her first Punjabi film named Ek Noor.

Likewise, she has also appeared in the Kannada movie Rangan Style. Singh has participated in a reality TV show Jhalak Dikkhhla Jaa Season 5 along with Savio Barnes. Moreover, she made her Bollywood debut in the movie Khiladi 786. Singh has also participated in a TV show Box Cricket League season 2 as a player of Chandigarh Cubs. Bharti has been a host in several TV shows like India’s Got Talent, Comedy Nights Bachao. She reached new heights of success when she appeared as a judge in the comedy TV show Comedy Dangal. Likewise, she again appeared in the comedy-drama The Kapil Sharma Show. Moreover, she has participated in reality shows including I Can Do That, Lip Sing Battle, and Fear Factor: Khatron Ki Khiladi Season 9.

She also appeared in other reality shows like Dance Deewane ( season 1) and Big Boss. Later, in 2019, Bharti and her husband appeared on a comedy series Khatra Khatra Khatra along with other stars like Aditya Narayan and Punit Pathak which aired on Colors TV. The show was conceptualized by her husband Haarsh. Later that year, it premiered second season titles The Khatra Show, however, it did not last long. In January 2020, Bharti along with Haarsh hosted the dance reality show India’s Best Dancer that aired on Sony Entertainment.

Talking about her net worth and income, Bharti is a comedian and a Television personality who has established herself as a Laughter queen/ comedy queen. She has appeared on Forbes India’s celebrity 100 lists. Moreover, Singh owns an Audi Q5 and a Mercedes- Benz GL 350. She also purchased a BMW X 7. Likewise, she has an estimated net worth of around $3 million.

Moreover, this laughter queen has won many recognitions and awards through her talent. Some of which are ITA Awards for Best Actress-Comedy (2019,2012); Indian Telly Jury Award for Best Actress in a Comic Role (2014); Big Star Most Entertaining Jury/Host (TV)- Non-Fiction (2015); Golden Petal Awards for Best Comedian (2017); and Punjabi Music Best Comedy Album Award(2015).

Regarding her relationship status, Bharti is straight and in a loving marital relationship with Haarsh Limbachiyaa. Bharti met Haarsh long back on the set of Comedy Circus while she was a contestant on the show and Haarsh was a scriptwriter. Although they did not fell in love at the first sight, they became good friends and gradually started feeling for each other. Likewise, after 7 years of dating, they tied the knot on 3rd December 2017. Moreover, the couple also participated in a famous dance reality show Nach Baliye season 8. 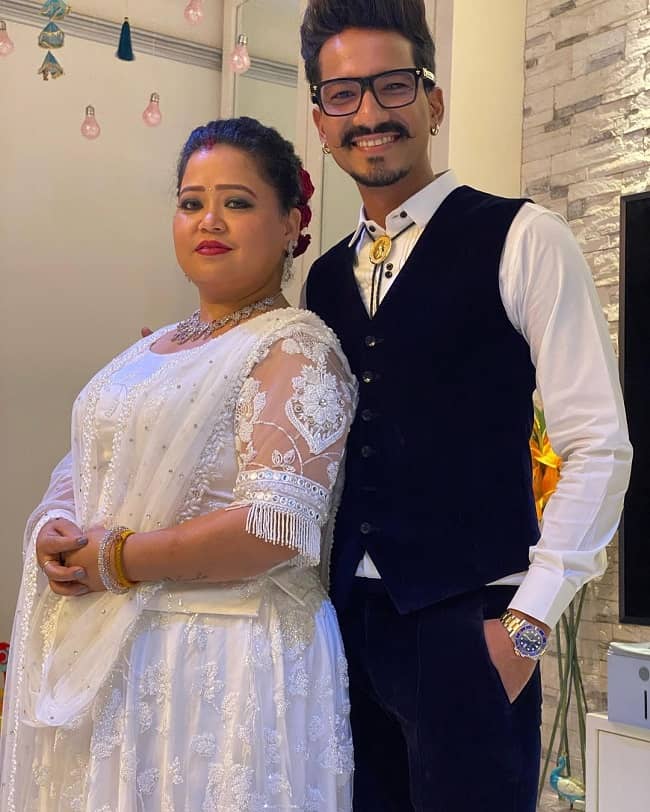 On 22nd November 2020, the Narcotics Control Bureau arrested Bharti and her husband Haarsh on the charge of possessing ganja or cannabis. The couple was arrested after a search was conducted in which 86.5gms of Marijuana was found and seized.

This cute comedian has a height of 5 feet (60 inches) and weighs 85 kg (187lbs). likewise, talking about other body measurements, her vital stats (chest-waist-hips) are 38-40-40, and wears a shoe size of 8(US). Looking at her physical appearance, Bharti has beautiful dark brown eyes and black hair. 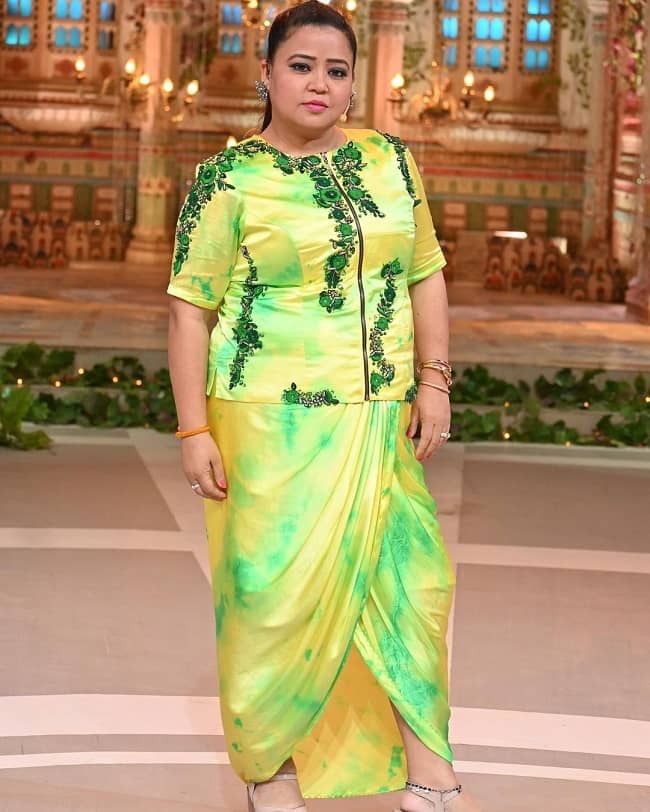