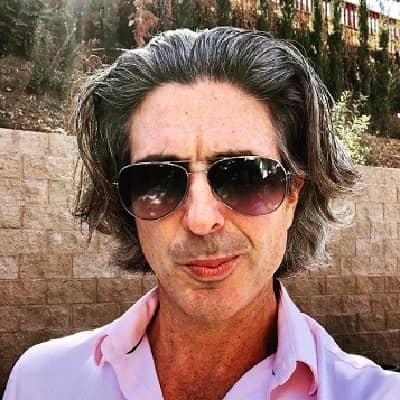 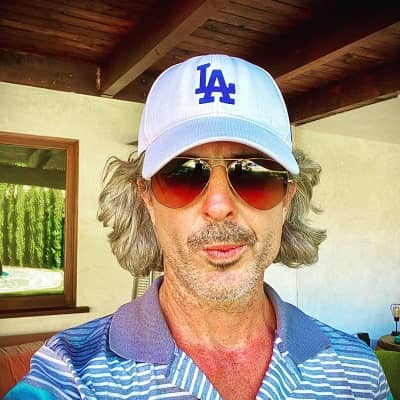 Bev Land is an American actor and director. Bev Land is most popular for his work in “What Are the Odds”, “All Over the Guy”, and “Lycan”. Moreover, he is also kind of famous because of his marital relationship with an American actress, Dania Ramirez.

The real name of Bev Land is John Beverly Amos Land. He holds an American nationality. Additionally, he is the only son of his father and mother.

Regarding the actor’s education, he finished his schooling and high studies from the United States, however, there is no exact information about it.

Caption: Bev Land when he was a kid (Source: Instagram)

Bev Land had an interest in the entertainment industry from an early age and always had a desire to get into the Hollywood industry. His career as an actor and director did not get to the highest peak as per his expectation.

however, he did quite a good job to make himself famous. He has also been present in numerous films among which “What Are the Odds, Lycan”, and “All Over the Guy” were the most popular ones.

After some time, his first film, “What Are the Odds” was out which he made as a director in 2004.

Before being a director, he was working in a 2001 film, “All Over the Guy” as an actor. He also acted in the character of Mitch in various films together with other popular actors.

Then, Land made a film, “Lycan” in which he was a writer and also a director in the year 2017. His wife Dania Ramirez, Jake Lockett, Rebekah Graf were also present in the film.

In addition, he is often shown present in various media events together with his wife, Dania Ramirez. The lovely couple grabs the attention of every media when they are present together in any kind of public event.

During the time of filming “Subway Stories”, Dania met director Spike Lee who featured her to act in the role of Daphne in his 2002 American drama movie “25th Hour”.

In the year 2003, she acted as Caridad in the supernatural drama television series “Buffy the Vampire Slayer” and then acted as Lucy in a sitcom series “Run of the House”. She was also present in 5 more movies in 2005.

It includes Spike Lee’s independent comedy-drama movie “She Hate Me” in which she acted the role of Alex Guerrero. Again in the same year, Dania also acted as Inez in one of the episodes of the American police drama TV series “10-8: Officers on Duty”.

She, moreover, acted as Elena in the 2005 TV movie “Romy and Michele: In the Beginning”.

Bev Land is a happy husband as of now. His first wife was an actress and singer whose name is Sharon Leal.

They got married in the year 2001. The couple was in very beautiful marriage life for 5 years and together they have a son, Kai Miles.

Sadly, the couple got separated in the year 2006. After his first broken marriage, he then started dating a TV and movie actress, Dania Ramirez.

After being in a romantic relationship for a whole year, the couple did their engagement in September 2011.

Then, after 2 whole years, the beautiful couple tied the knot on February 16, 2013, on the beach in Ounta Canta, the Dominican Republic. Luckily, Diana reported that she was pregnant in 2013.

The happiest news was that it was a twin and they came to the world in December 2013. The name of the babies is John (son) and Gai (daughter).

Moreover, he is the son-in-law of Agueda Camacho and Daniel Ramirez. 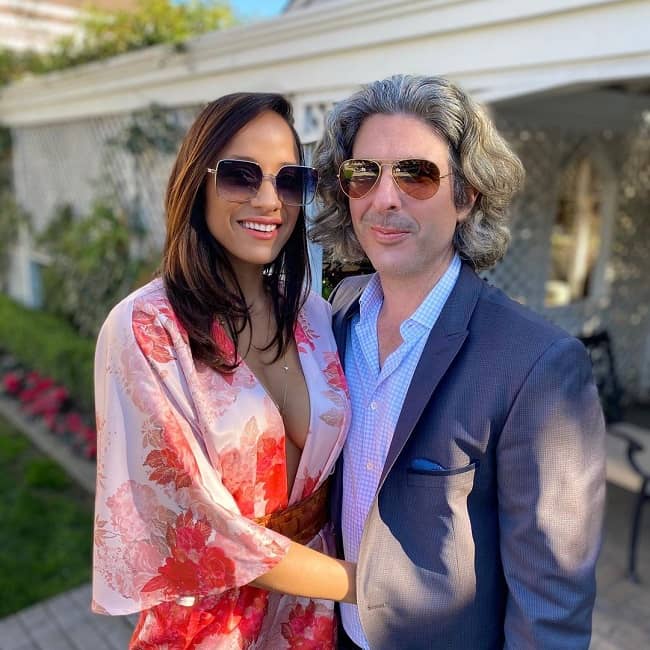 Adding more, Dania was also present in LL Cool J’s music video “Hush”. In the next year, she did the role of Callisto in the famous superhero movie “X-Men: The Last Stand”.

She played Blanca Selgado in five episodes of the crime drama TV series “The Sopranos” from the year 2006 to 2007. Again, from 2007 to 2008, Dania did the acting of Maya Herrera in a science fiction TV series “Heroes”.

Her performance in the movie helped her to earn a nomination for “Outstanding Supporting Actress in a Drama TV Series” at the year of 2008 “ALMA Awards”.

In the year 2007, Dania also was present in Carlos Santana’s music video “Into the Night” and then did the acting of the leading role in the music video “Dime Qué Te Pasó”.

Then, in the year 2008, she was present in 3 movies and those are “The Fifth Commandment”, “Ball Don’t Lie”, and “Quarantine”. Dania played Veronica King in the television movie “Solving Charlie” in the year 2009.

Ramirez was then present as a guest Judge in a couple of episodes of America’s Next Top Model in 2010. After that, she also portrayed the role of Alex in the TV series “Entourage” the same year.

In 2012, Dania did the role of Selena in the 4th installment of the “American Pie” movie series “American Reunion”. She was also present in a prominent character in the action-thriller movie “Premium Rush” whose director was David Koepp.

Moreover, Dania got her major character in the year 2013 when she was present as Rosie Falta in “Devious Maids”. Also, she did the character from 2013 to 2016, being present in forty-nine episodes of the series.

The actress was also the co-host of 6 episodes of the famous TV talk show “The Talk”. Similarly, from 2017 to 2018, she acted as Cinderella in the fantasy drama TV series “Once Upon a Time”.

Dania did play Hannah Perez in the psychological thriller web TV series “Tell Me a Story” in 2018. Again, in the same year, she did the voice acting of Scandal Savage in the animated superhero movie “Suicide Squad: Hell to Pay”. 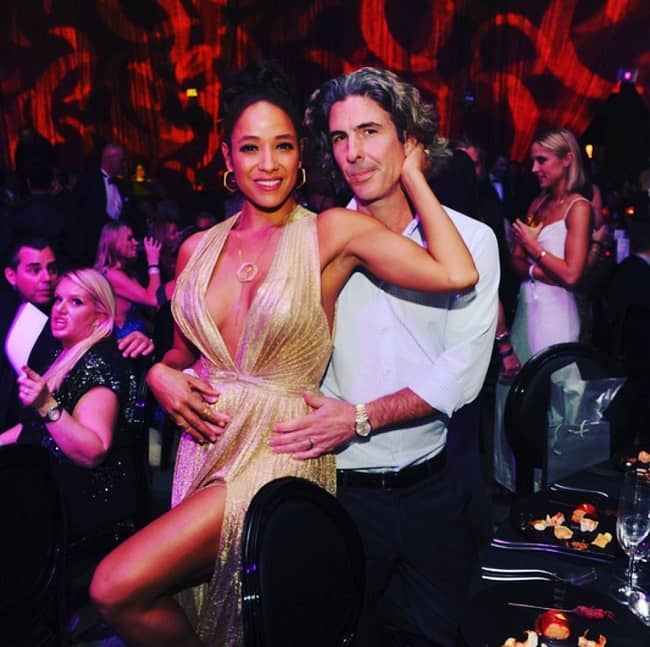 Caption: Bev Land with his wife at an event (Source: Instagram)

Talking about his appearances on social media platforms, he seems to be quite active there. He has an Instagram account with less than one thousand followers.

Apart from this, he is not active on other social media platforms like Twitter and Facebook. Even after becoming an actor, director, and writer, he was not able to gain maximum attention from the media and public as well.

Like him, Dania is also quite active on social media platforms.

The actor has an average estimated net worth of about $20 million. His income source is from his profession as an actor, director, and writer.

For now, he is living a good and happy life with his wife and children. On the other hand, his life partner, Ramirez has a decent net worth of $3 million.

In addition, his ex-wife net worth’s net worth is $4 million.

Bev Land has an average height with moderate weight. Looking at her images, he looks like he is quite tall in height.

In reality, he has an excellent height of 5 feet 9 inches tall. However, there are no exact details about his weight, and body measurements for now.

Being an actor, he obviously has a dashing personality with a handsome face. In addition, he has an athletic body with brown eyes and short black hair.