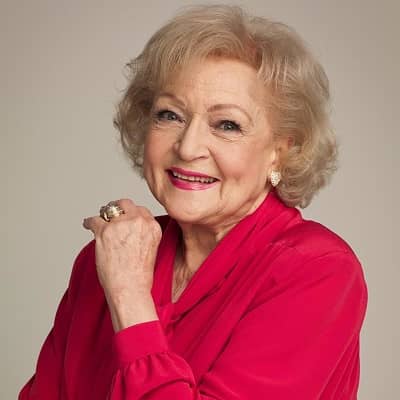 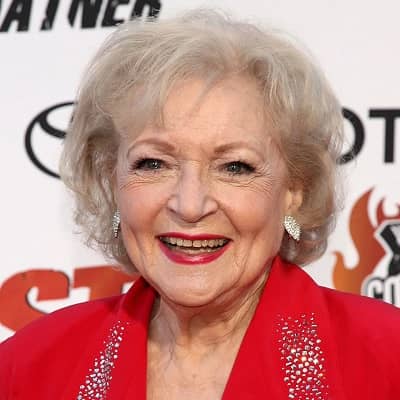 Betty White was a popular comedian and actress from the United States. Betty White was widely known in the entertainment industry for her extensive work and for being one of the first women to work both in front of and behind the camera.

Talking about her parents, she was the only child of her mother Christine Tess, a homemaker, and her father Horace Logan White, a lighting company executive from Michigan.

She was known to be an American by nationality and belongs to the Christianity religion, and her zodiac sign is Capricorn.

White died at the age of 99 in her sleep on December 31, 2021. She died at her home in the Brentwood neighborhood of Los Angeles, from a stroke she suffered on Christmas Day. Glenn Kaplan, who was entrusted with carrying out her advanced health care directive, received her cremated remains.

Talking about her formal education, went to Horace Mann Elementary School in Beverly Hills. Later, she graduated from Beverly Hills High School in 1939. Furthermore, there is no information about her additional academic credentials.

Moving on to her career, she began looking for radio jobs where being photogenic was not required. Likewise, her first radio jobs included reading commercials, playing minor roles, and even making crowd noises.

She earned about $5 per show. She applied to film studios for work after the war, but was turned down because she was “not photogenic.” Similarly, she became a regular panelist on American game shows such as Password, Match Game, Tattletales, To Tell the Truth, The Hollywood Squares, and The $25,000 Pyramid after transitioning from radio to television.

In 1983, she was dubbed “the first lady of game shows,” which made her the first woman to win the Daytime Emmy Award for Outstanding Game Show Host.

Likewise, Sue Ann Nivens on the CBS sitcom The Mary Tyler Moore Show, Rose Nylund on the NBC sitcom The Golden Girls, and Elka Ostrovsky on the TV Land sitcom Hot in Cleveland were among her most notable roles.

Moreover, her appearances in television shows are The Bold and the Beautiful, Boston Legal, and The Carol Burnett Show. With the character she played in the romantic comedy film “The Proposal”, she experienced career popularity in 2009.

In 2010, she hosted Saturday Night Live, for which she received a Primetime Emmy Award for Outstanding Guest Actress in a Comedy Series. “Betty White: First Lady of Television” was a documentary about her life and career, that was released in 2018. 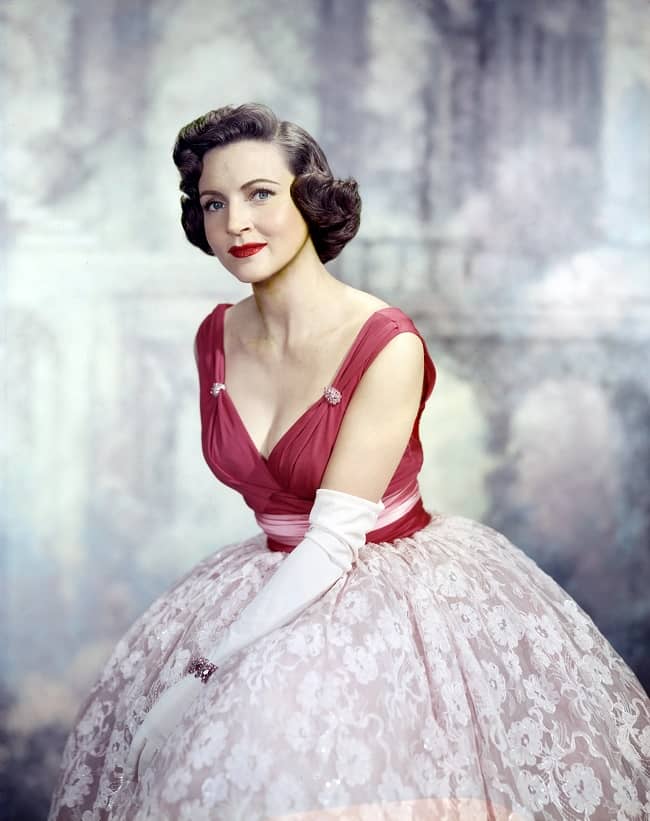 White has not endorsed any brand till now. Also, she has not promoted anything till now and has not been seen in any collaborations with brands. No information is available regarding the other brands she has cooperated with or not.

In 2014 and 2018, White set a Guinness World Record for “Longest TV career by an entertainer female” for her work in radio, television, and film.

Moreover, she has a star on the Hollywood Walk of Fame and was inducted into the Television Hall of Fame in 1995.

White has an estimated net worth of approximately around $75 million. Most of her income sources are from her acting and comedy career. Additionally, she has worked very hard since her childhood to achieve this fame.

White married television host and personality Allen Ludden on June 14, 1963, whom she met as a celebrity guest on his game show Password in 1961. The couple did not have any children together, but she was the stepmother to his three children.

Similarly, she met her first husband, Dick Barker, a United States Army Air Forces P-38 pilot whom she met while volunteering with the American Women’s Voluntary Services. The couple got married after the world war but divorced after a year.

Likewise, her second husband Lane Allen, a Hollywood talent agent, married her in 1947. They also divorced in 1949 because he desired a child. 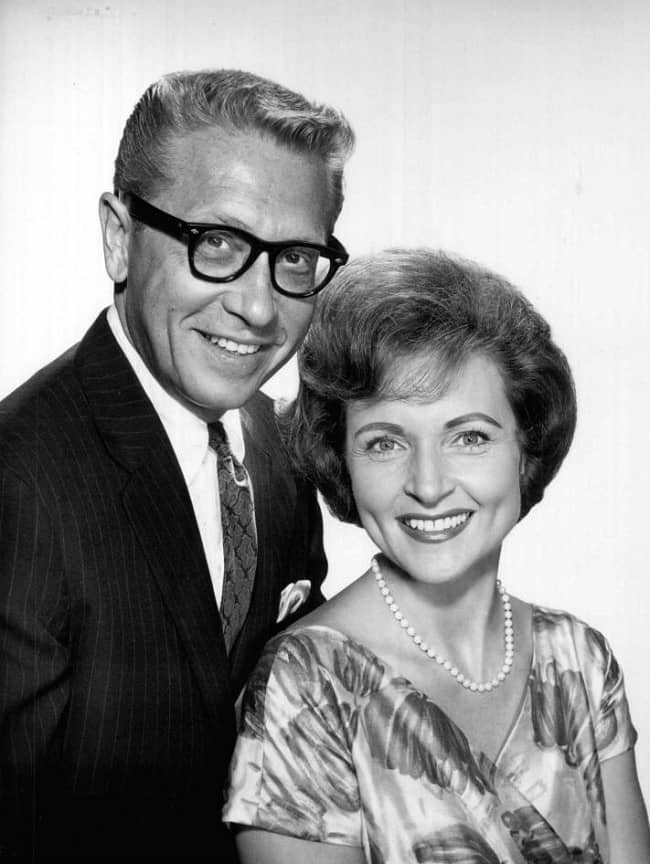 White hasn’t been associated with any sort of rumors or controversies that would hamper her career. Also, she avoids the media and avoids engaging in contentious behavior or situations that can damage her reputation.

She stands at the height of 5 feet 4 inches tall and weighs 58 kilograms. But her accurate body measurements are not available.

Similarly, she had beautiful blue eyes and white hair but her dress size and shoe size are unknown. 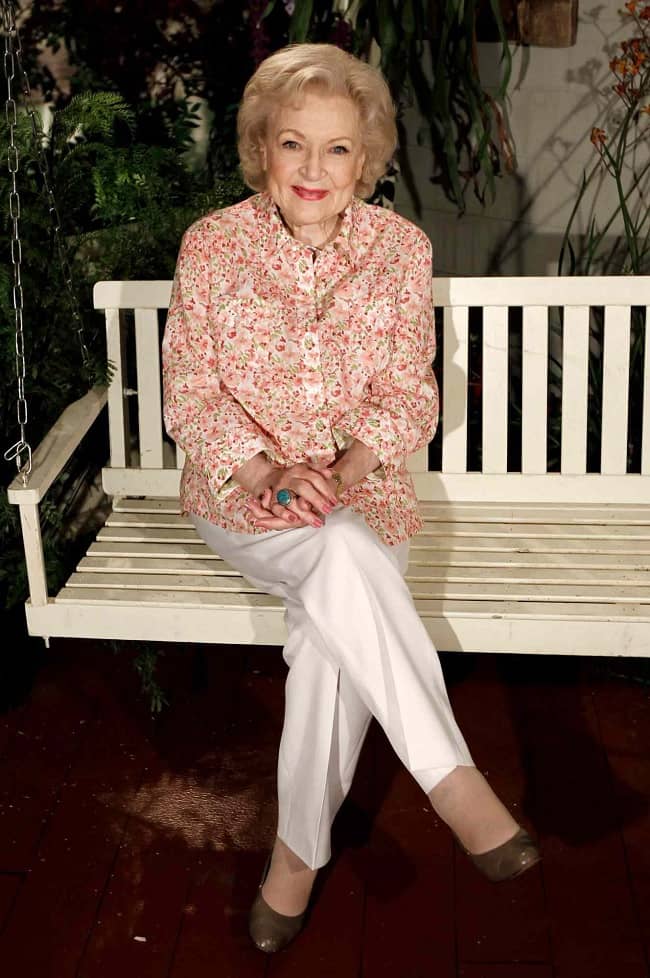 White is very popular on social media and her fans love her for the positive influence she has on them. She is already dead but her social media is active by her dear ones, where they would like to post snaps of her photoshoots with her lovely family and friends.