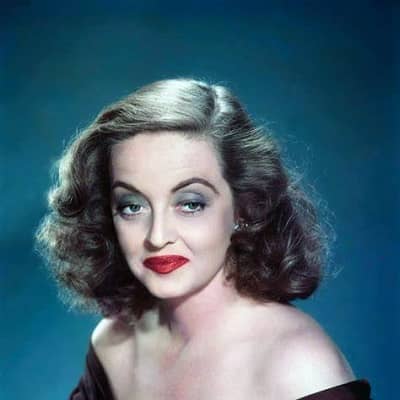 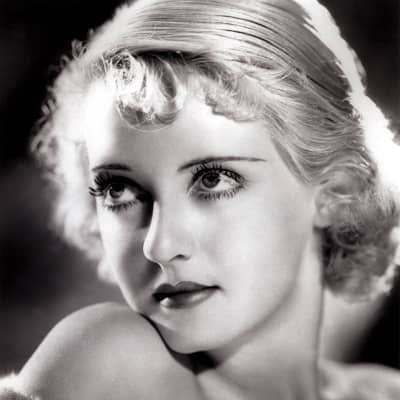 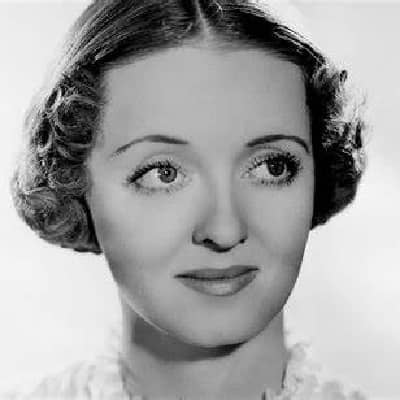 Bette Davis is one of the popular  Hollywood’s legendary leading actresses. Better Davis is famous for her successful film career and for her work in nearly 100 film appearances.

Actress Bette Davis was born in Lowell, Massachusetts, on April 5, 1908. Bette Davis is the daughter of ruth and Harlow Morrell Davis. She holds American nationality and her zodiac sign is Gemini.
While her ethnicity is remote Scottish and welsh. Further, her parents separated and divorced when she was seven years old. Bette’s mother alone raised her and her sister Barbara on her own.

Bette Davis was interested in acting and films since her childhood. Initially, she began her acting in school productions at the Cushing Academy in Massachusetts. Later on, there was a stint in the summer stock theater in Rochester, New York.

After that, she shifted to New York City and went to the John Murray Anderson/Robert Milton School of Theatre and Dance.

Bette Davis was a cancer patient. She was fighting breast cancer. Despite this, she never gave up her passion for acting. Her movie The Whales of August (1987) and the horror movie Burnt Offerings in 1976 were after she got cancer.

The industry lost its charm on October 6, 1989, in Neuilly-sur-Seine, France, at the age of 81. Despite health problems in her late years, including a fight against breast cancer, Davis continued acting.

She was the most beautiful, appreciated, and hit actress of her time. Her hard work and passion for acting were one of a kind. Moving on, her net worth was $2 million. Her primary source of income was acting.

As far as we know she has a successful acting career and acting in more than 100 movies is a life history that time without any controversy.

She made her career journey in 1929 at Greenwich Village’s Provincetown Playhouse in The Earth Between. After that, when she was 21, she acted in her first Broadway appearance in the comedy Broken dishes.

Moving on, she moved to warner brothers after aging an appearance in 1932 in the studio’s production of The Man Who Played God. Davis made a chance to act in a drama based on the novel by W. Somerset Maugham named Of Human Bondage.

She acted in the movie Dangerous which was a real hit. Later on, she was started with actor Leslie Howard and Humphrey Bogart in the movie, The Petrified Forest in 1937. 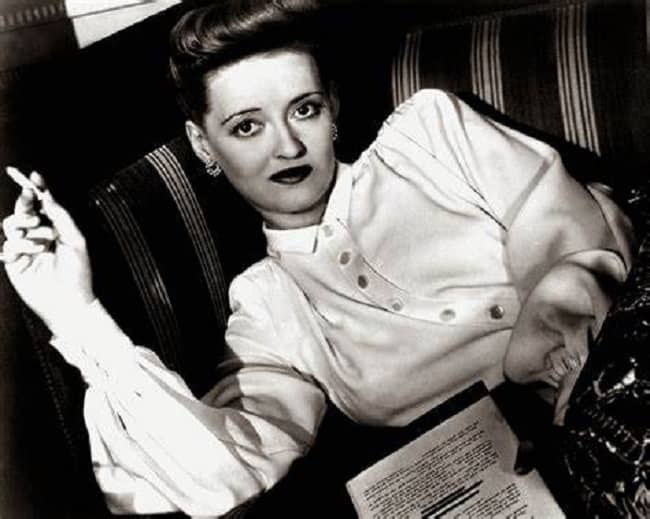 Bette during a shoot. Source : Blogspot

Moving on, she acted in different movies such as 1938’s Jezebel. She acted as an heiress in Dark victory and Elizabeth I which was released in 1939.

In the 1940s, she was started in many well-appreciated movies such as  The Little Foxes; Voyager; the comedy The Man Who Came to Dinner; the American drama Now, and the drama The Corn is Green.  Davis was a successful and demanded actress by that time.

Davis made an incredible performance in the show-business drama All About Eve in 1950 along with Margo Channing who was a theater actress fending off the insecurities of approaching middle age.

Similarly, she acted in the horror movie Burnt Offerings in 1976. Lastly, she was started in The Whales of August (1987), appearing opposite Lillian Gish as a blind woman. She also appeared on television, winning an Emmy Award for 1979’s Strangers: The Story of a Mother and Daughter.

Bette had a successful career in acting and was one of the most appreciated actresses of her time. She has acted in more than 100 movies. Likewise, she received her first Academy Award in 1935, for her role in Dangerous as a troubled young actress.

Moving on, she won a second oscar as a rebellious southern belle in 1938’s Jezebel. Her movies were hit at the box office. Again she won her first Academy Award nomination for her performance in cold-hearted waitress Mildred as a vulgar.

She received an Emmy Award for 1979’s Strangers which was, The Story of a Mother and Daughter. Likewise, in 1977 she was also honored with American Film Institute Life Achievement Award 1977 and with Kennedy Center Honors Award in 1987.

Davis was married four times. Her first marriage ended up with a divorce from bandleader Harmon Oscar Nelson Jr. Similarly, her second marriage with businessman Arthur Farnsworth, couldn’t last long as he died in 1943.

Again her third marriage with husband William Grant Sherry ended up in divorce. the couple has a daughter named Barbara together. Later on, she married her co-star Gary Merrill, her co-star, and adopted two children, Margot and Michael but the marriage ended with divorce. 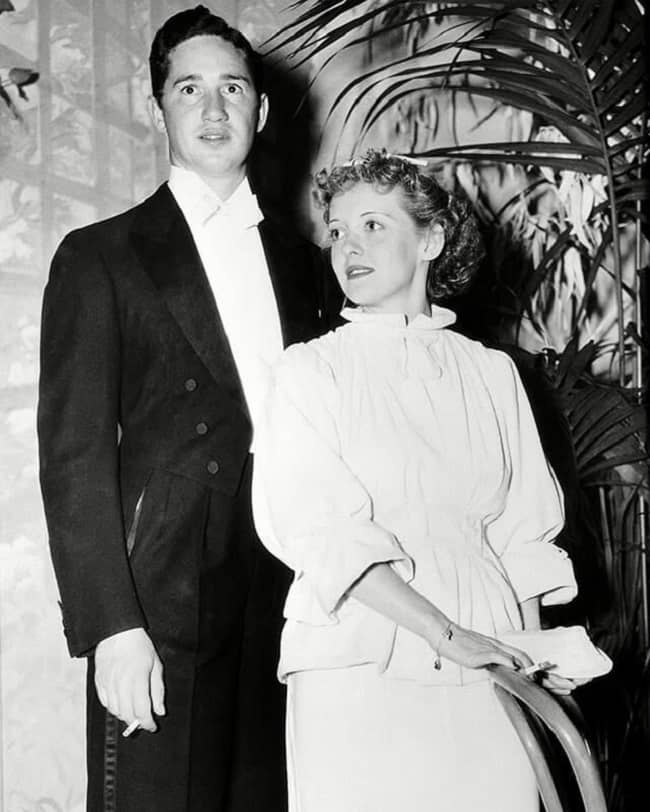 Better Davis is a popular and reputed actress of the time in the Hollywood industry. She has given blockbusters and hit movies to the film industry. She is beautiful and talented at the same time. Her height is 5ft 3 inches and weighs 52kg. Similarly, her dress size is 6 (US) with her Shoe Size: is 10 (US). Meanwhile, her body measurement is 36-27-34. 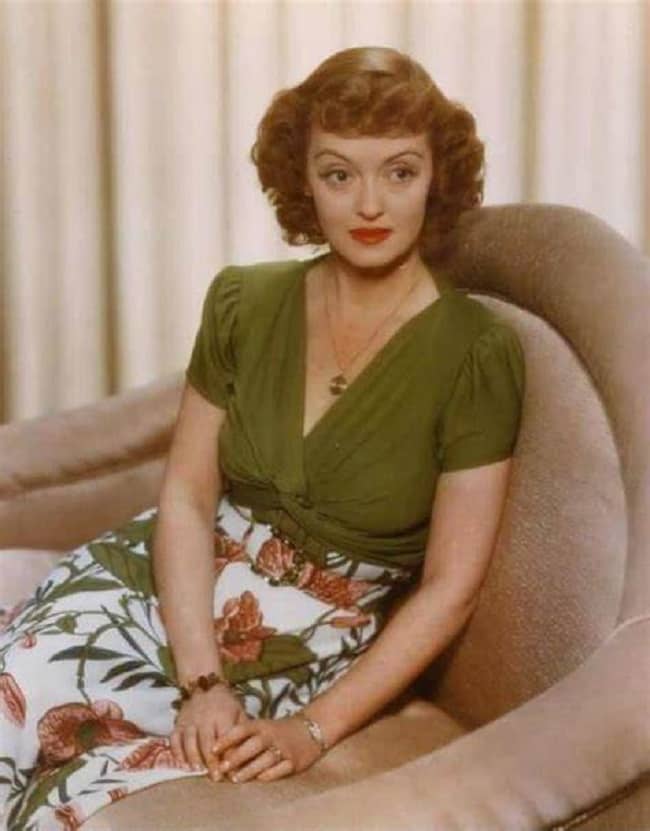 But we do not have any information regarding her social media updates. She is an 80’s actor and she was famous on screen. At that time, social media were not up to date.